Born and raised in Sao Paulo | Brazil, Gabriela Sakate graduated from SENAC in 2007.

The style accentuated by feminine tailoring and minimalist shapes was immediately apparent in her first collection presented in 2008 at SPFW. His presentation was a prize for winning the contest "Talents Senac" as Best Stylist and through this contest, she was also awarded with a scholarship at the University ESMOD Paris.

In 2009 Gabriela lived in Europe, where she graduated from the University ESMOD | Paris and Central Saint Martins | London.

In 2010, she returned to Brazil and was awarded again; by “Casa de Criadores”.
At the time, launched his own label and began to be a member of the official line-up of the event.

In 2011 she was invited by TexBrasil (a program created by ABIT in partnership with Apex-Brazil). to join the group BtoBe (Brazilians to Be). From this invitation, encouraged and supported by the project, began presenting your collections abroad.

In 2013, the magazine Marie Claire UK named Gabriela Sakate as one of "The five new best designers in the world to watch."
Later this year, she received the prize "Prêmio Jovem Brasileiro", as a young talent that stood out in the country.

In June 2014, Gabriela Sakate appears again in the international press, being featured in the newspaper "El País" | Spain, "The Sunday Times" and "The Telegraph" | UK.

Her collections are found in their own showroom in São Paulo, Cartel011 concept store and some of the best e-commerces as farfetch.com, gallerist.com, notjustalabel.com. 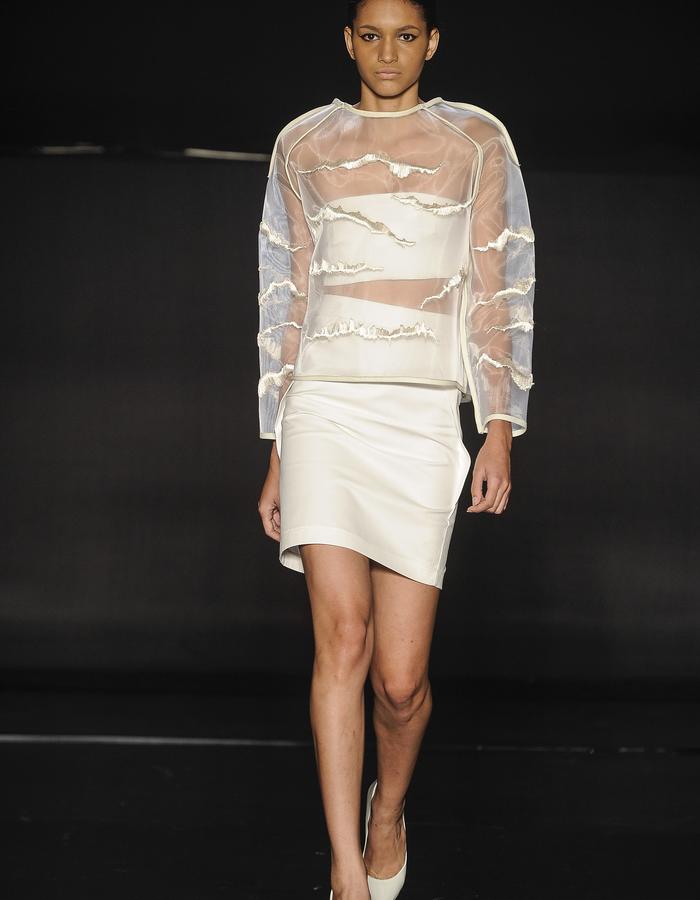