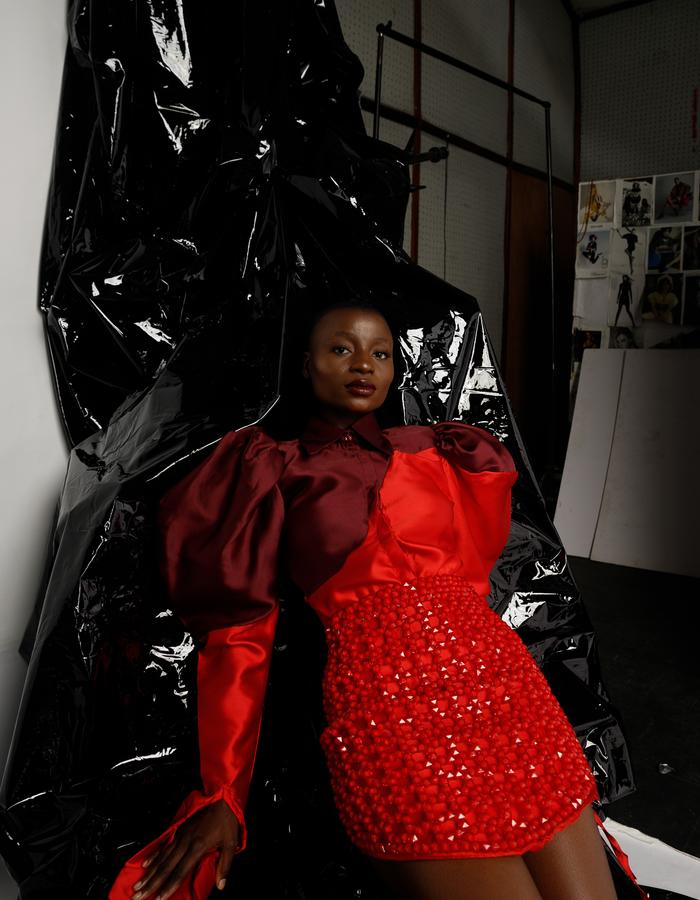 Agbogho Mmuo are annual performances held in the northern part of the Igbos' traditional territory. Performed only by men wearing masks, the masquerades imitate the character of adolescent girls, exaggerating the girls' beauty and movements, the smallness of a young girl’s features and the whiteness of her complexion, which is an indication that the mask is a spirit. Most maiden spirit masks are decorated with representations of hair combs, and other objects, modelled after late 19th-century ceremonial hairstyles.

Igbo culture in precolonial times was a culture in which gender was re-constructed and performed according to social need, where gender and sex did not coincide. Instead, gender was flexible and fluid, allowing women to become men and men to become women. In most cases Igbo women did not cover their chest areas. Maidens usually wore a short wrapper with beads around their waist with other ornaments such as necklaces. Both men and women wore wrappers.

The idea that men were free spirited and able to celebrate femininity is admirable. These men dressed up in elaborate costumes and had fun without a care in the world. Nowadays individuals who are different are disinvited from a world where being basic is the new form of dress up. Fruché aspires for a world where free spirited Nigerians are free to express themselves whichever way they choose without the fear of being judged.

In Nigeria, citizens are prohibited from wearing camouflage print because it is seen an act of rebellion. Young people who express themselves through style have limited options because of how our society thinks. For this collection, Aghuno explores the duality of self. He juxtaposes masquerades and camouflaging in relation to the extroverted side of human beings, often times a performative version of self that wants to be seen, to belong, As opposed to the introvert in us all who is constantly aware of self and most times in hiding.

Akwa Ocha was used in the collection. Akwa Ocha when translated from igbo to english means white cloth. It is indigenous to the Anioma people of Delta state otherwise referred to as Delta-Igbo; where Aghuno is from. Akwa Ocha is made from locally produced wool and is usually made into a wrapper. This fabric is worn mostly during important occasions like weddings, meetings and funerals. The cloth, which is hand-woven by women, is very strong that it can last for hundreds of years.

Aghuno believes that african mythology should not be demonised but rather appreciated like others around the world. Aghuno’s grandmother was Nne Mmuo (‘spirit mother’ who leads her children). This title was bestowed on her at a very young age. It is one of the principal characters of this masking ensemble. Mmuo masquerades being seen as celestial bodies/ spirits also signifies the importance they have in igbo tradition. Inspiration also came from religious dressing to depict african traditional religion and Aghuno’s catholic upbringing. we explored silhouettes inspired by cassocks and nuN's habits.