Flora Rabitti is a fashion designer and illustrator born in 1992 in Mantua.
As a designer, after graduating at IED Moda Milano, she brings forward her studies in European fashion schools, including Central Saint Martins London, Institut Français de la Couture Paris and private sartorial ateliers like Tecnosartoria Rimini.
In 2014 she’s a finalist of the Swiss Cross Textile Award and winner of the Fur Futures London Award. Also in 2014 she began her career, first in more consolidated companies such as Prada or Alberta Ferretti and later in more independent realities such as Vitelli in 2019.

In 2021 she founds her brand Florania, a ready-to-wear independent clothing brand, genderless and no season, which proposes a project of total look garments, made and designed in a sustainable way, hand-made in Milan.
With Florania, Rabitti partecipate as a guest to Swahili Fashion Week in Zanzibar thanks to the Italian Embassy in Tanzania, Fashion revolution week in March 2022, fashion hub of camera della moda in milano in september 2022, who's next paris in september 2022. Florania is also rated on Sustainable Brand Platform, a portal of sustainability valuations of brands and industries, supported by the United Nations. 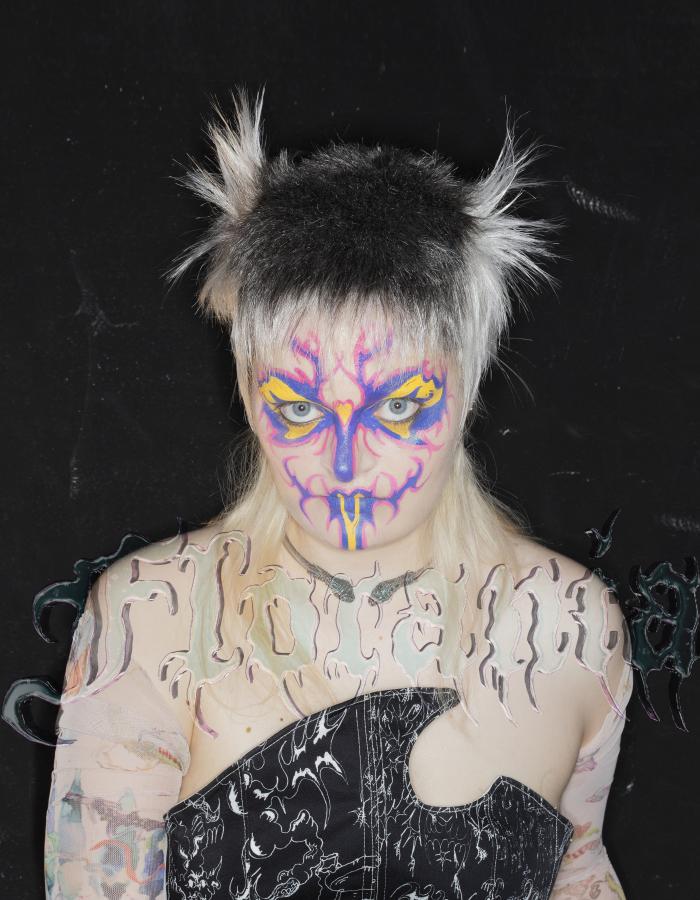 "Rien ne se perd (nothing is lost)" is the incipit of the famous maxim attributed to Lavoisier with which the French chemist explained the general meaning of his law of conservation of mass.

Matter, in other words, is neither created nor destroyed.

Some key ideas for modernity had sprung from this fundamental principle, which would have led to the definition of the theory of relativity, to the identification of a substantial equivalence between mass and energy and therefore to the belief, told by scientists, artists, philosophers, of a always living matter, always present, and of a world in continuous transformation.

The wardrobe of an alchemist, with prints of symbols and animals that represent the cyclical nature of life with the duality of good and evil and handcrafted garments made from waste materials are represented in Florania's Imaginary for SS23.

The collection aims also to highlight the strong bond that has always linked artists to the chemistry of the elements and the transformations of matter, for example, by participating to the conversation about the non-recyclable textile industry by using upcycling techniques and manipulation of discarded goods.