FIELD of PONIES is a London based label designed by Julie Bérubé. The narrative of Field of Ponies is drawn from reflections on civilisation and its imminent implosion. As we witness the death of our planet, we are also artificially enhancing ourselves to create our best selfies.

Fully aware we resist, shielding ourselves more than ever. We wish to morph into aliens, witches, mermaids, unicorns, monsters, anything but mere humans. Humans have always strived to dissociate and remove themselves from nature. Could it be that now we have no choice but to accept our primal ancestry and accept our “less-than-special” place on this Earth?

Field of Ponies aims to explore and delve deeper into these modern questionings, with each season aligning itself into one seamless story, releasing its chapters one at a time. Using traditional crafting techniques such as quilting, hand stitching, stuffing, and appliqués, Field Of Ponies aesthetic is modern and draws upon the latest sportswear trends. With this style reflecting uniformity amongst the young, global, fashion orient, we want more than ever to belong. To find our tribe. 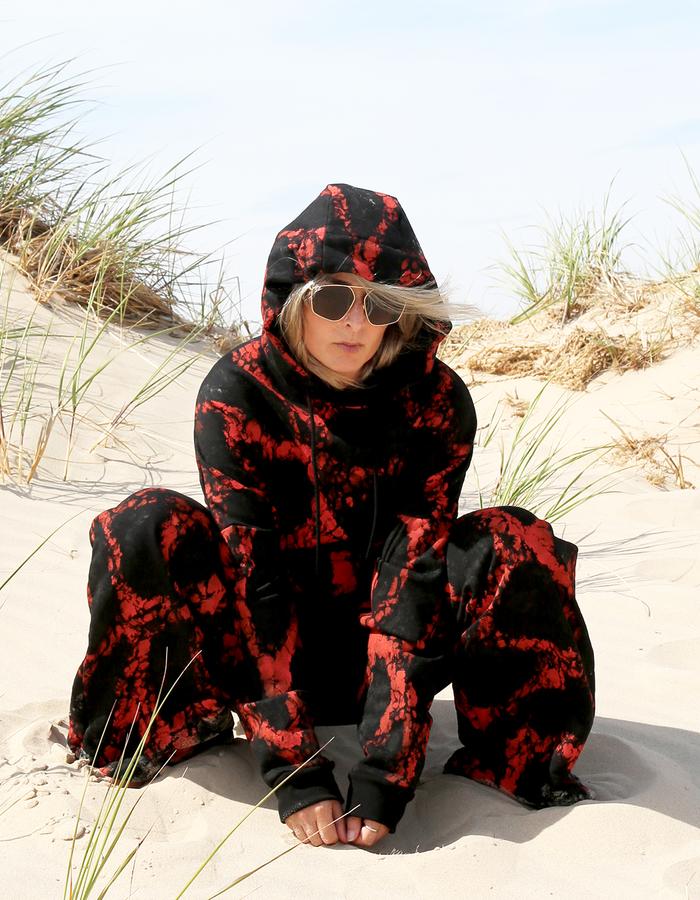 A return to My roots as someone who grew up in the forest, and my love for everything that is dark and rebellious. I took these pictures whilst on holidays at my mum's summer house in Iles de la madeleine, some very remote islands in Canada. My 10 year old daughter took the pictures and i modeled because there wasn't anyone i knew over there.