After working for various fashion houses such as
Iris Van Herpen, Krizia and other Italy-based offices,
She started her own label Femme de Mars in 2018.
With an artistic perspective and contemporary social
references, Femme de Mars encourages natural confidence,
modern femininity and power dressing for women aware of
their strength. 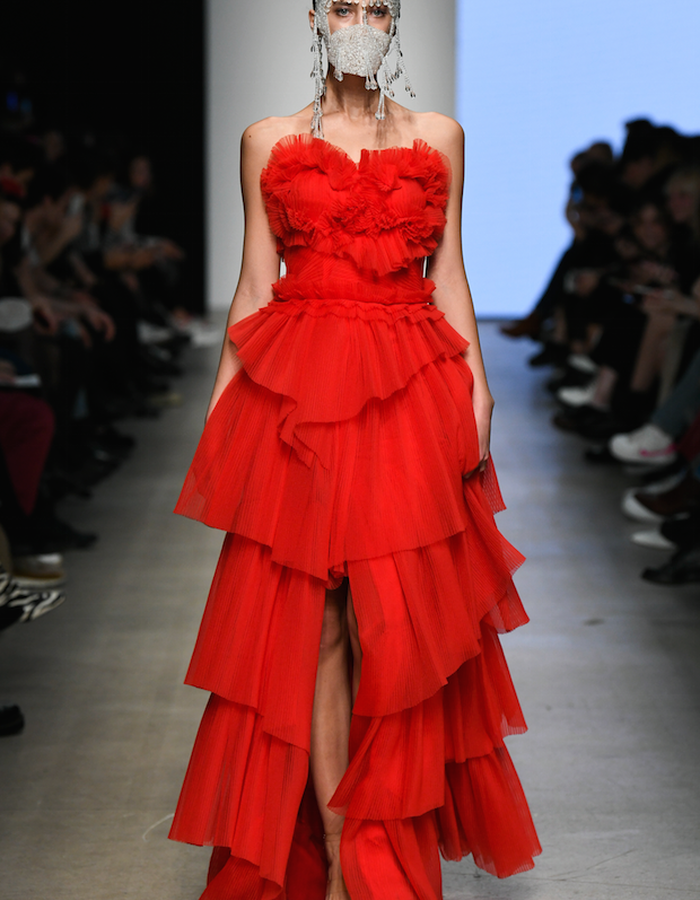 In this collection, Femme de Mars manifests the rebellion of women coming from countries where their rights and freedom are disregarded. Malala Yousafzai said: ‘’We realise the importance of our voices only when we are silenced.’’ Each outfit shows us an imaginary world in which women not only celebrate their own identity and culture but also break the silence of their own society. Between real and surreal, the collection turns the magnificent beauty of several ‘’Invisible’’ and ‘’Inaudible’ women’ into a visible and audible presence for a large audience.