Fábio M Silva is an interdisciplinary artist and designer based in Berlin, working on autobiographical deconstruction of identity and normativity concepts. Drawing influence from art movements fluxus and dada, their work is equally confrontational and sarcastic.

Their most notable works include the performances FLÓPERA™ and OMNIPRESENT, the fashion collection trilogy IDENTITY, their genre-bending debut album MANCEBO, the alter ego COLLAPSELLA and their first solo visual art exhibition FÁBIO M SILVA: A RETROSPECTIVE.

In 2016, M Silva co-founded the internationally renowned post-drag performance collective The Real Housewives of Neukölln for whom they were the creative director until the end of 2018. In 2019 they founded The Sovereign Nation of Post Genitalia, a micronation and queer artist collective they currently run. 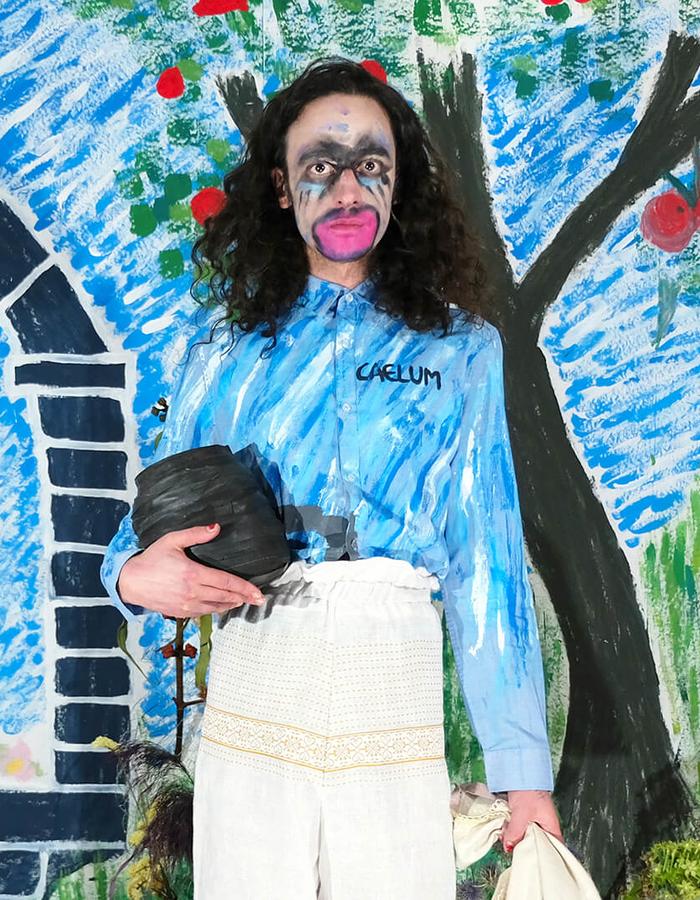