Ewa Bednarska is new generation’s designer from Poland. In her creations she focuses on quality and functionality. The main idea of every collection is to create consistent unity in which every piece and element has its own soul. In designs she presents her paintings, drawings and photographs. Her offer is addressed to people conscious of their outstanding identity. 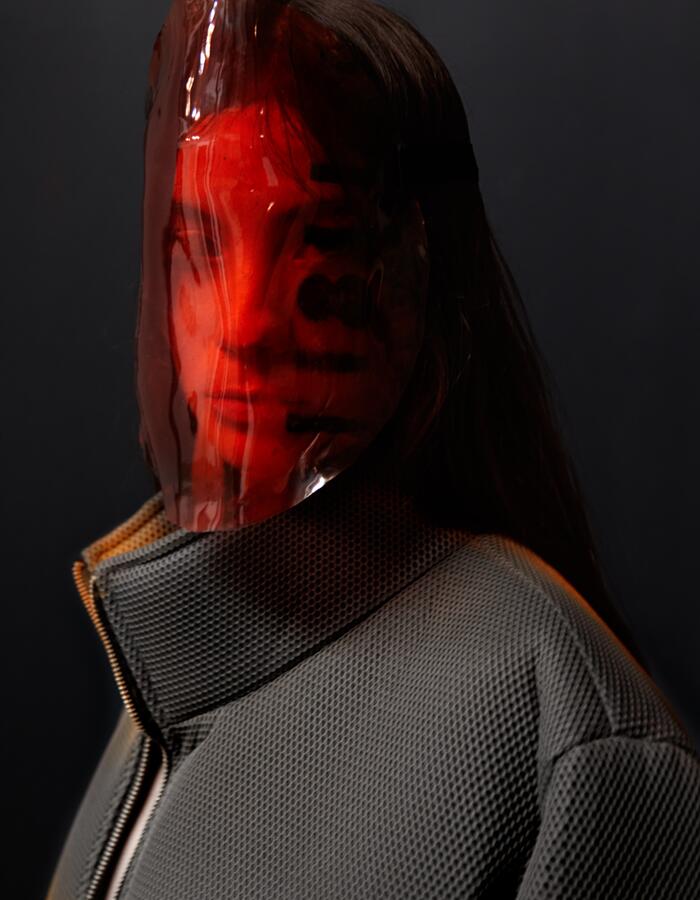 The collection is inspired by the city and, in particular, by Fritz Lang’s movie „Metropolis” from 1927. The futuristic manifestation of the metropolis with modern buildings, neon lights and the workers' underground contrasting with them has become for me a starting point to explore the topic of urbanization and technicalization that can lead to consumerism, materialism and even post-human future - the creation of a man / machine. Lang's film is treated by many as a bellwether of cyberpunk, where the question of the nature of being, awareness and behavior of humanity in the modern technological society becomes a bothering problem.
The name of the collection came from one of the movie characters – Georgy 11811 who is a simple boy who has been impressed by the magnificence of life in Metropolis. He is a symbolic figure and I believe that even today many people living in big cities, feeling like cogs in a big machine, can identify with him.

The materials used in the collection are on the one hand natural fabrics such as satins, silk jacquard, wool and on the other hand, unusual fabrics for clothing such as a synthetic mesh called 3D fabric, which created a spatial coat that is a mirror image of the popular bomber jacket in a mass production. This coat is meant to symbolize the modern society of clones, where most people want to converge by wearing clothing that does not stand out from the crowd. Neon accents in the form of fragments of fabrics, linings or hand-painted patterns refer to the lights of the metropolis and graffiti, which is an inherent element of the city. The straight lines multiplied on one of the coats and the use of white and black refer to the bar code, which is a symbol of consumerism for me. In other outfits, such as dress, which was created by fabricating a cloth on a mannequin or an open O-shaped coat, straight lines go into rounded shapes winding around the silhouette.
The collection I create reminds me of the huge Asian cities that I had the opportunity to visit, and at the same time is the starting point for discussing the role of the individual in the great metropolis.