Erin Lewis is a British fashion designer based in Mexico City.
Erin was born in Hastings, East Sussex where she studied both Fine Art and Textiles before working with British sculptor Hamish Black and completing an Art Foundation at Hastings College. The strong structuring and enduring elements that are typical of sculpture inspired a transition to menswear and tailoring. Erin moved to London to study under Master Tailor- Alan Cannon-Jones at the London College of Fashion.
In London, Erin gained years of studio, and show experience with independent designers; Ioannis Dimitrousis, Rui Leonardes, Gareth Pugh and most notably Boudicca- working on several projects including Boudicca´s first Haute Couture collection.
Erin also worked at the Aquascutum flagship store in tailoring alterations, was the sole costume-maker for performance musicians The Irrepressibles, and worked on styling/creative direction projects with artists such as Rafael Perez Evans, Rachel de Joode, Mike Figgis and Pia Camil.
Erin's graduate collection showed both innovation and tradition, and was tailored to Saville Row standards in collaboration with Dashing Tweeds. The result was a small collection bought by Beams-Japan and Dover Street Market-London. Erin was selected by the British Council and British Fashion Council to join a project with Mexico’s leading eco brand - Carla Fernandez. The brand focuses on making use of Mexico’s skilled artisans and textile heritage by combining traditional textile processes with contemporary design. Her work has been published in international press and James Sherwoods book; The Master Tailors of British Bespoke, and has been exhibited at various museums including the FIT New York and the Isabella Stewart Gardner Museum Boston.
In her work she shows commitment to working to sustain traditional textile techniques, to sustain and improve the working lives of artisans and to sustain the handcraft and arts of tailoring and haute couture. Erin is currently the head of design at Carla Fernandez, the head of tailoring at TALLER Fashion Development Project in Mexico City, and continues to work on creative projects and collaborations. 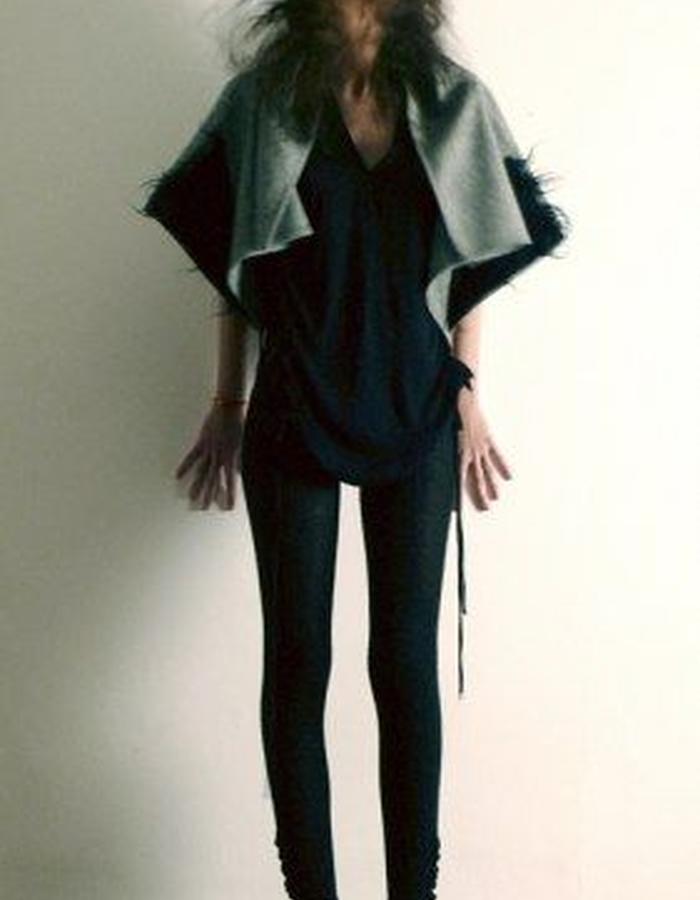 A selection of a collection made for an exhibition in new york with Carla Fernandez. The focus was on historical Mexican garments constructed only from squares, and exploring this with contemporary forms. The exhibition consisted of a video - from which some of these photos are taken, and an installation of hangers...more photos to come..and pieces will be in the shop...