Enric Marti is a recently graduated fashion designer born and raised in Barcelona. Passionate of powerful colors and sharping tailoring, he believes that the essence of fashion industry lies in the fact of living between reality and fantasy. He loves creating a religion of each of his designs and building identities, environments or feelings through the language of fashion. Right after graduating in "ESDi", Enric presents his degree thesis/collection "The Worship"in MODAFAD project, where he is awarded as Best Emerging Designer of 2015. In February 2016, he presented his Fall/Winter 2016 collection called "Loathed Reality" in the Barcelona Fashion Week (080). 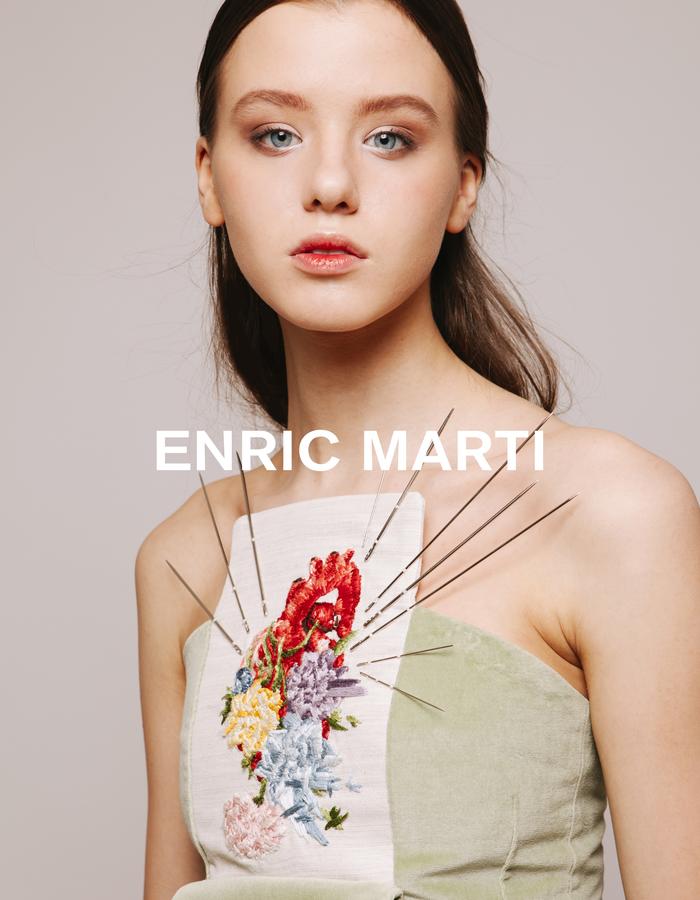 Loathed Reality is Enric Marti's Fall/Winter 2016 collection based under an artistic regression concept, first ever described by Lady Gaga's "The Pathetic Prelude" back in 2011. Through intricate embroideries, sharpening silhouettes and a bold, though femenine, color palette, the designer pursues a glimmer of fantasy and hope in our innate sadness by understanding the own history as a painted canvas; and where the owner (as the artist) has the ability to transform his life into the most beautiful and honest lie of existence.