Mrs Elsa Sarantidou was born in Athens where she finished school. She then left to England where studied jewellery, ceramics, sculpture and stained glass at Kensington and Chelsea College. She went on to study design, jewellery design and silversmithing at London Guildhall University under the guidance of very famous professors (such as Bob Risch, Joel Degen, Bryan Marshall).

She also attended design lessons at Hetherley's School of arts in Kensington. A valuable role in her course of action in the area of jewellery played her apprenticeship next to Joel Degen, a designer who significantly influenced Elsa’s technique and the style she later on developed.

Elsa has collaborated with well-known galleries in London such as :

and was presented with the following awards : 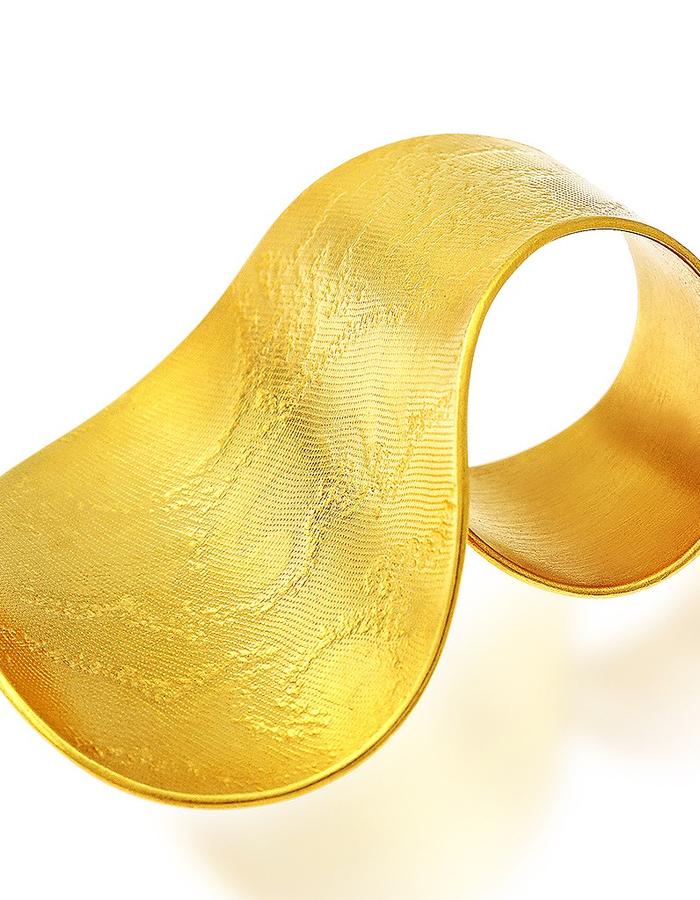 FLOW COLLECTION
Sterling silver 925 with an exquisite fabric texture,entirely handamade.The collection is inspired by the harmonious movement of the water.The forms embrace the body in an sensational way.