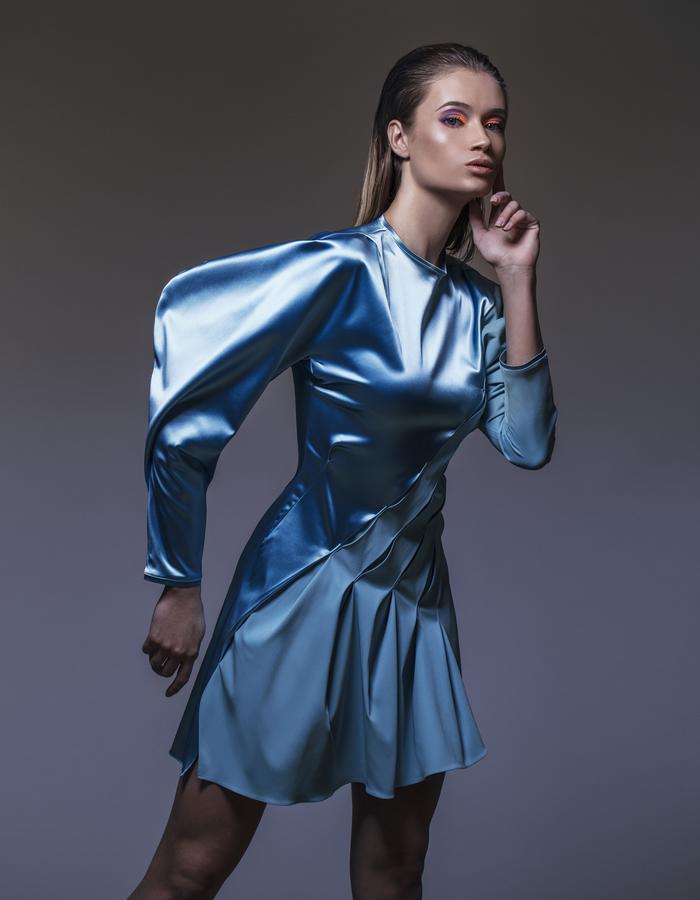 If you go back a few decades in time, it’s not hard to tell that this city is timeless, the royal capital of parties which is widely known for its disco-era – the glamour of night clubs among which the legendary “Studio 54”. The biggest world divas, such as Diana Ross, Farrah Fawcett, Liza Minnelli, Tina Turner, Faye Dunaway, Margaux Hemingway, Iman, Jacqueline Onassis Kennedy, and Brooke Shields all dictated world fashion straight from the fashion capital New York. Looking at old photographs throughout the history of NYC, one can recognize the fashion fever, characterized by shining satin and silks, accentuated shoulders, neon colors, glitter, glamorous short dresses, and extravagant tailoring. This particular woman from New York’s disco era is the inspiration for this collection.