Born and raised in Norway, Eleen Halvorsen moved to New York to attend Parsons The New School for Design, from where she graduated in 2012, and have been working on establishing her own line since. Upon graduation Eleen was among the selected graduates to show at Parsons Benefit Exhibition at the Chelsea Piers in May 2012. Eleen was also one of the finalists for the annual international Arts of Fashion 2012 Competition held by The Arts of Fashion Foundation in San Francisco. Eleen Halvorsen has a conceptual approach to design, and by experimenting with unconventional patternmaking, construction and materials she is constantly seeking interesting new juxtapositions. With a background from the clear winter sky and the mysterious nature of Scandinavia, influenced by the grittiness of the streets of New York. 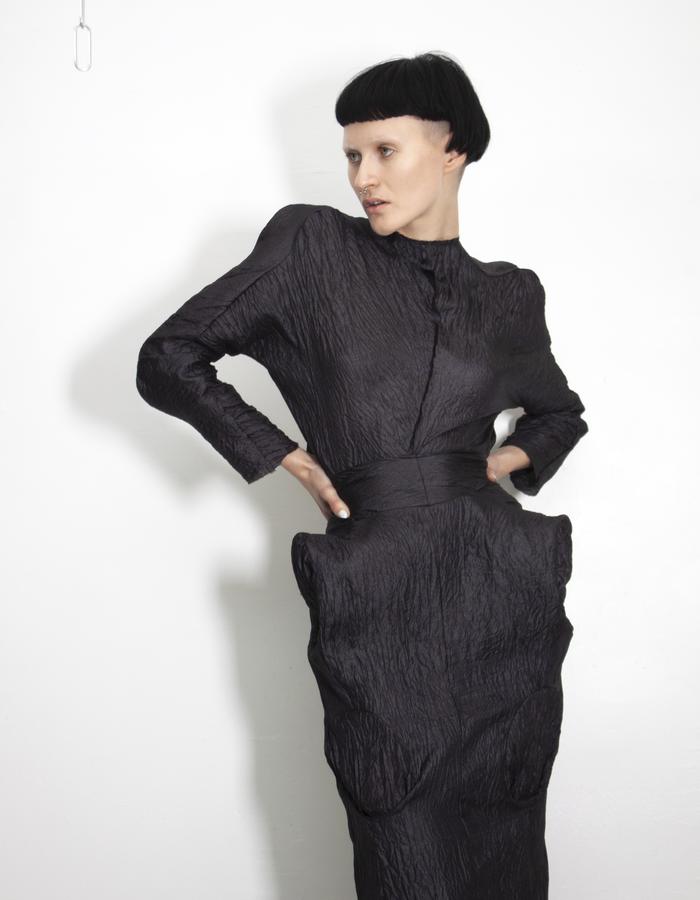 ELEEN HALVORSEN AW20 ​continues to explore the concept TANG/TARE - inspired by the beautiful fleeting nature of the underwater plant life of the Nordic sea. Always seeking otherworldly poetry through her work, Halvorsen takes this collection deeper to explore an unknown lucid dream universe. Intrigued by the concept of a divine energy and hidden life beneath the dark waters, the Autumn/Winter 2020 collection is full of texture, darkness, and harmonious movement. the designer is Using fluid silk, soft leather and wool to create new fabrics with their own life and personality, juxtaposed with sculptural silhouettes. further mixed into the characteristic avant garde world of Eleen Halvorsen, this is a collection in which fetish aesthetics meets otherworldly poetry.