Why Should You Work with Wool?

Wool might be the most ubiquitous of materials, and a dependable medium for use in any Autumn/Winter collection, but as a practicing designer–how well do you understand wool as a natural fibre, where it comes from and the mosaic history of its production? Following NJAL’s appointment as a Nominating Body for the International Woolmark Prize, it’s time to highlight the versatility and modernity of Merino wool.

It's time to snuggle up with a material that has long been out of vogue. After years of decline, Wool has once again become synonymous with the high fashion circuit and its certainly found favour with the industry’s top design houses and fashion's emerging set alike. It comes after nearly forty long years of being destroyed by the trend for synthetic fibres. Wool is a sustainable, renewable and eco-friendly fabric, and spun wool has become the coveted textile of choice for fashion designers around the world, swamping the runways of London, Milan, Paris and New York Fashion weeks with knitwear so finely manufactured, it almost resembles silk. 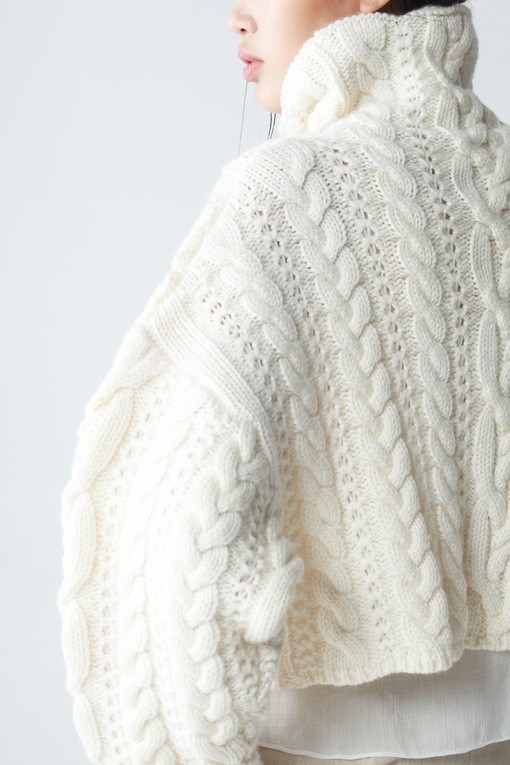 Where does wool come from? It’s a natural fibre, usually from sheep, and it's a delicate composition of a protein material called keratin. Having been used in clothing since the end of the Stone Age, wool goes way beyond fashion in its myriad forms. It can also be used to produce carpets, interior textiles like bedding and upholstery, insulation, and in some parts of the world, housing.

How does it grow? Wool fibres grow in tufts (called staples) on the sheep’s back. These fibres grow in a distinct wave pattern, at around 0.22m per day, and a fine wool fleece may contain over 100 million fibres. These complex fibres are made up of a sophisticated series of components, with each responsible for providing wool with its unique and natural benefits. If you’re a practicing designer who might be musing the medium of wool for your next collection, its time to take note of its multitude of benefits. 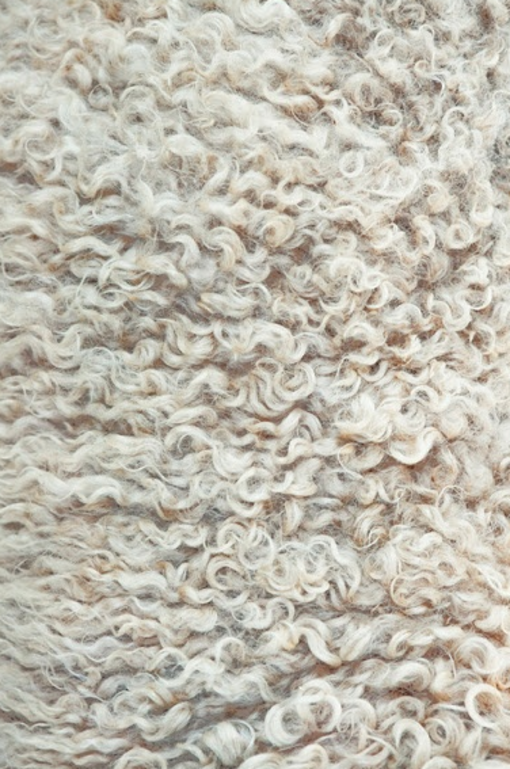 Wool’s smart structure is what makes it so very special and wholly versatile. Firstly, it’s natural and sheep have evolved in tandem with Darwin’s laws to produce a fibre that’s become one of the most effective natural forms of all-weather protection known to man. Fun fact; a wool fibre can be bent 20,000 times without breaking, and has the power to recover – this is why wool products last for years, not to mention the fact its both renewable and biodegradable. From a functional perspective, wool has many characteristics that lends itself to an active approach to deisgn, rather than just the archetypal chunky-knit sweater. It naturally wicks moisture, retains heat, and it's easily cleaned.

The industrial revival of wool, which can be traced back to 2008, was a revolutionary action against fashion’s ubiquitous fever for acceleration and velocity. Though perhaps only a minor action in the wider context of the human hand, 2008 marked a pivotal return to a by-gone era of slowness by fashion’s turn to heralding a heritage medium. In 2012, The Woolmark Company re-launched the International Woolmark Prize, won by Karl Lagerfeld and Yves Saint Laurent in the 1950s. In the same year, Première Vision, the most important fabric show for the industry also launched a dedicated knitwear section. Since then, the knock-on effect has seen British mill production increase by 12% since 2011, and the UK wool clothing market has soared to a staggering £1.25billion. 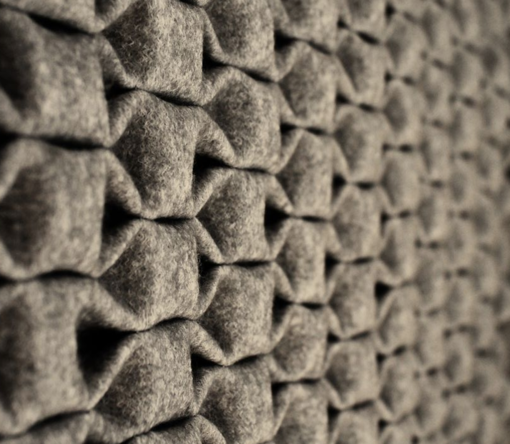 One of wool’s most fierce warriors is Dame Vivienne Westwood, and since her beginnings as a fashion designer over 30 years ago, she has always enforced the idea of fine knitwear, in contrast to the out-dated concept of wool as an inflexible, and totally redundant textile in high fashion. In an interview with Engineering & Technology Magazine, the esteem designer details her close relationship with wool. “Wool is incredibly versatile. What I delighted in was how it had been used for all the uniforms for the British Empire. I treat it as a joke now, and parody it if I ever refer to it. Every kind of cloth was woven for a purpose, to be useful in certain situations where a uniform was necessary, for example hunting foxes, going to the North Pole, opening Parliament, and going to school. I have used wool a lot in my designs,” says Westwood, founder and owner of her own world-famous couture fashion house.

Why are today’s fashion’s impresarios flocking to wool to communicate their loaded, stylistic visions? Since the re-launch of the IWP, the Woolmark Company has intensified its mission to highlight the lavish qualities of the dynamic Merino fibre, and how it’s being taken into the future with new technologies and innovative finishes. Its dissemination into the rarefied realm of high fashion can be easily detailed, in tandem with the re-launch of the IWP, where in 2012, tweed sauntered down the autumn/winter 2012 catwalks at Marc Jacobs, Chanel and Michael Kors and in turn, emerged as a major trend for high-street retailers such as Jigsaw and Topshop. Since 2008, wool has seen a consistent 50 per cent increase in annual sales from £180million to more than £270million. It’s good news for the UK's 90,000 wool producers who between them produce nearly 40 million kg of fleece a year, processed by more than 40 operational mills. 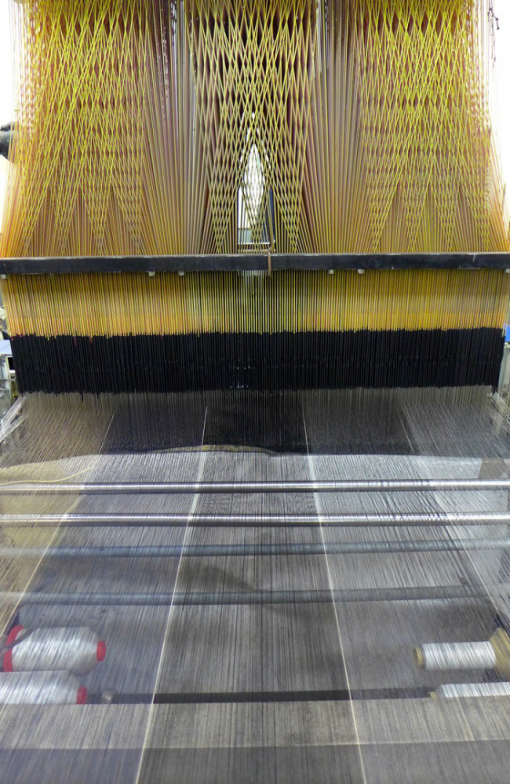 Last year, NJAL travelled to West Yorkshire, to visit one of the region's remaining mills, which were once Yorkshire’s lifeblood, to find out whether working with wool on home turf was a viable option for independent fashion designers. Following Woolmark’s landmark project, ‘Loom to London’, designed to introduce young designers to the UK’s manufacturing facilities, there has been a steadying rise of home-grown British fashion talent expanding their understanding of textiles production, and more especially in the context of wool.

NJAL’s visit to Stanley Mills textile mill in Bradford may have felt like a time warp, but this sleepy Yorkshire mill boasts clients including Prada, Armani, Saint Laurent and Louis Vuitton, and some swatches of complex fine jacquard on show cannot be in manufactured anywhere else in the world. These are impressive feats for a textile tradition with a 700-year history, especially in the unforgiving context of modernity and technological acceleration.

David Gallimore is the Managing Director of Luxury Fabrics Ltd, a merchant supplier that works with Stanley Mills. “When I started in the late 1980s, the company that I joined employed 900 people,” he says. “It’s massively decreased. The industry’s shrunk and what you have now are the specialists. They are the people who can commercially take on the rest of the world and produce fabrics that compete on quality design and class. And that’s where we are.”

Nevertheless, fleece to fashion remains an enduring trend, and the increasing demand for a fibre that’s luxurious, superior-performing while sustainable in its properties, ensures the wool industry will go beyond simply adapting to modernity and commercial success. As a young designer today, using wool in informed and educated ways is a move to champion your own potential to redefine the DNA of textile production. With a holistic view of feeding fashion with a raw canvas for pure innovation and artistic possibility, wool is where it’s at.