WHEN FASHION PLAYS WITH POLITICS

There are many different ways to view the link between fashion and politics. Sometimes it can be brazenly written on clothing – be it a political slogan, word or image. Other times it’s through an exhibition or film exploring fashion’s relation to politics and socio-economic dynamics. But how are artists and designers using fashion for politics today? 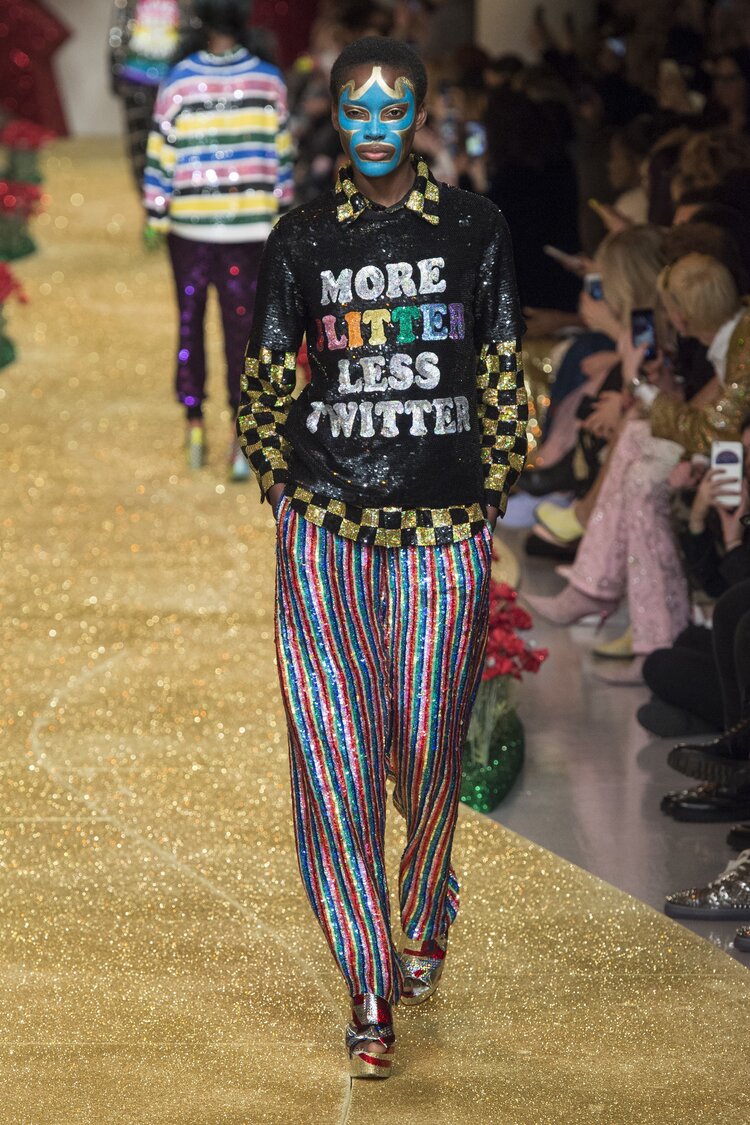 Artist, designer and researcher Prof. Helen Storey, created a garment from a decommissioned UNHCR refugee tent. From Zaatari Camp, Jordan, the tent soon became the first piece of couture made from such an item and it soon became a public art installation that once opened Glastobury festival and featured as the main performance piece at UN Geneva’s TEDxPlaceDesNations Transforming Lives event. A film was made by a director and a filmmaker David Betteridge and the dress became a communication tool – a beautiful garment that helped highlight consumer understanding of climate change and human impact whilst serving as a visual aid to discuss refugee crises.

When it comes to the global fashion scene, politics is interwoven into the bones of collections. At its most primitive, embellishing the front of sweaters are large, bold and prominent words. Sometimes they’re small, discreet and intricate; decorated in luminous sequins, metallic threads and floral motifs. They’re sewn onto the backs of jackets, on a pocket or embroidered onto the strap of our patent pump. 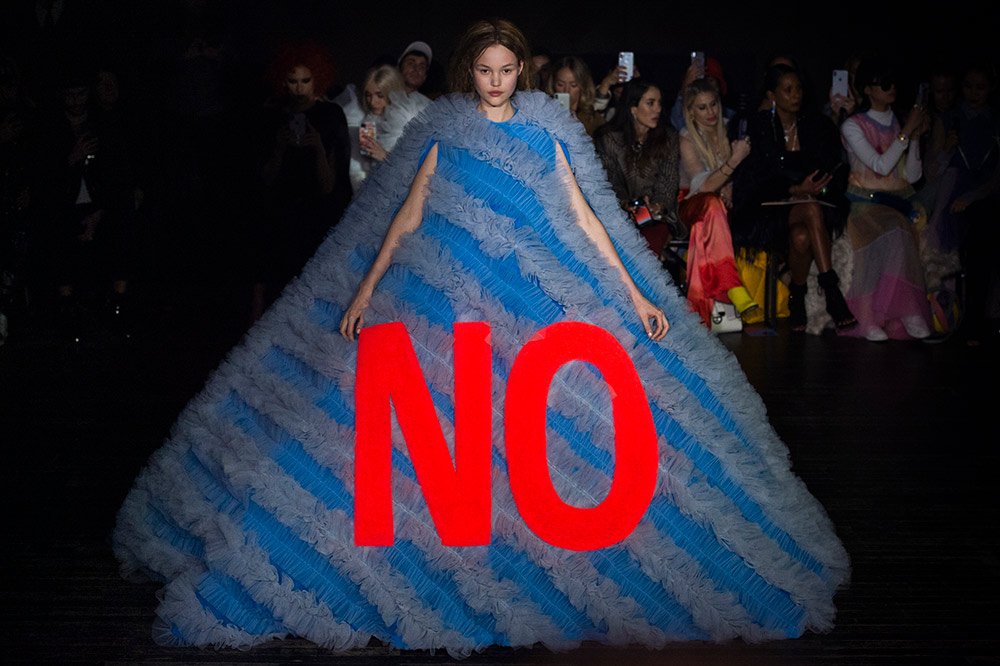 Logos and brand names have, for many years, been the symbolic representation that embodies a brand and the approximate ballpark figure one can quite easily assume it costs. The millennials who once cut the labels and logos out of their clothing are now wearing their logos with pride, pleated skirts and tailored trousers alike. But now, beyond the logo aptly serving as free advertising with the growth of street-style and blogger influence, these words now serve and address global issues and it’s becoming more frequent.

We’re wearing policies and concepts in the way that we’ve been wearing logos. Designers are directly responding to news stories in the same way that Chanel’s ‘Riot’ echoed feminism and the Walter Van Beirendonck’s show responded to the Charlie Hebdo attacks. In fashion weeks gone by, the logo has metamorphosed into action-provoking slogans, becoming a stage for diversity, support, and hope. Creatures Of Comfort mustard cascaded into grey, fuchsias, brown, and navy blue before socio-political statements were materialised via pale pink and blue sweaters- “We are all human beings” they read.

The Row kept it simple as ‘Hope’ was embroidered onto the cuff of their shirts whilst Prabal Gurung used his finale to bring out T-shirts printed in statements like “Break Down Walls” and “Love Is The Resistance”.

It was at London Fashion Week where Ashish became a pioneer for this socio-political trend where a diverse assembly of models and a slogan-fuelled collection sauntered down the BFC Show Space. Models’ faces were painted by make-up artist Isamaya Ffrench as they emerged from in-between a broken glittered heart, against a fairytale landscape of red Poppies lining a glittering gold floor. Ashish’s widely anticipated dynamism, contrasting stripes and a plethora of colours formed the basis of this seemingly wearable collection. 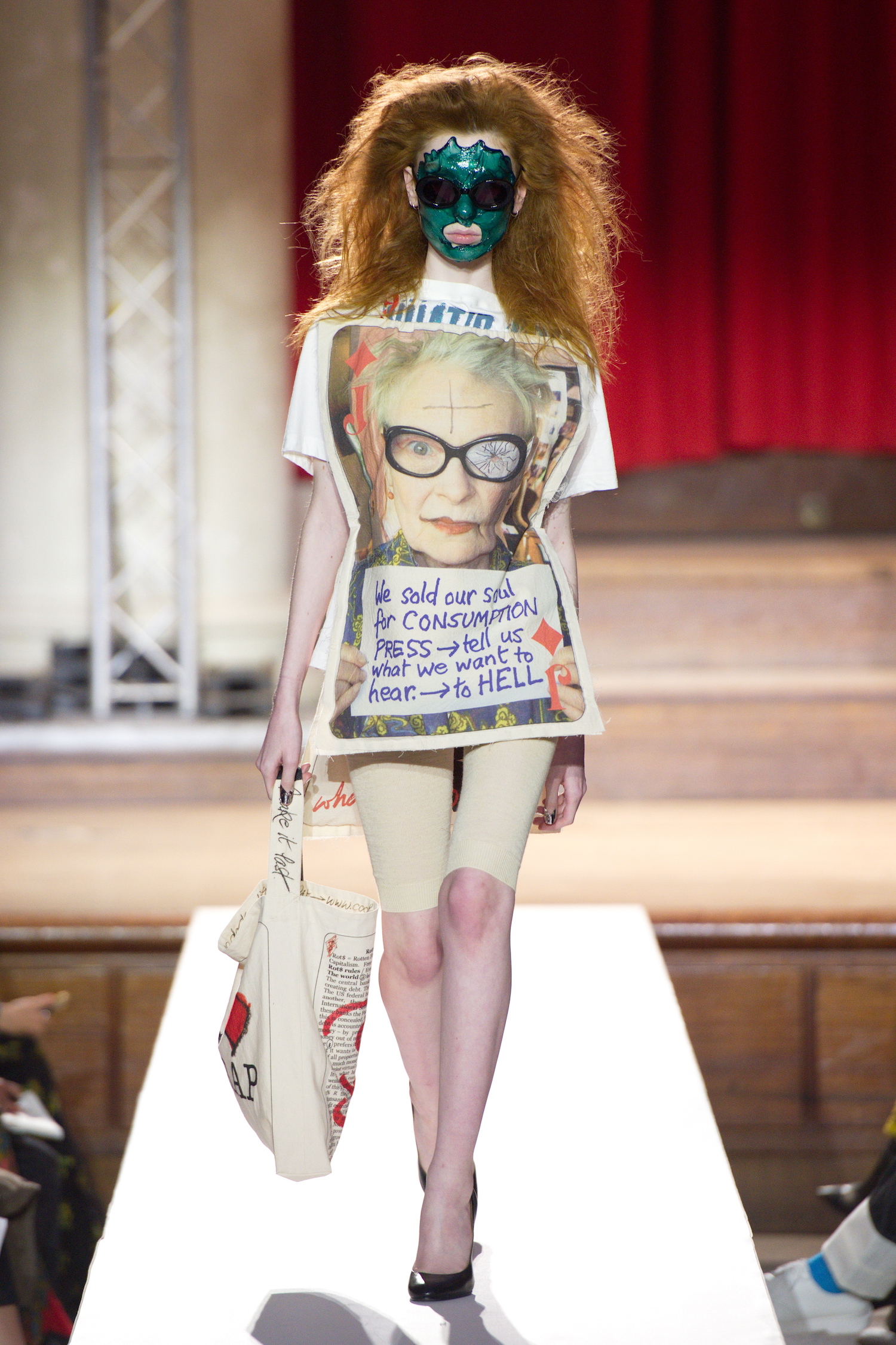 Incessantly the slogans came. A top embroidered with ‘unity in adversity. A vest with ‘Nasty Woman’ strewn across the front whilst ‘Keep The Faith’ sat at the hip of a dress. The show ended with the song “We Are Family”. Nothing went amiss. But the lines are still blurred between altruism, business and style. We can argue as to whether fashion is sympathetic to society or using its vulnerabilities with clothes masquerading as idealism for financial gain or recognition. It can so easily become a cynical dilemma. Regardless, what’s more, desirable than a jersey-knit embroidered with empowerment? Vivienne Westwood has been doing so for years alongside campaigning for global issues.

Describing her book Get a Life on her website, Westwood states that “you’ve got to get involved, speak out and take action.” Perhaps the fundamental core of why fashion needs to take such a stance on these issues. Where art plays a part in integration, groups identify, unite and revolt against oppression. Fashion may not see the end of the brazen logo, but it’s being pushed aside for something seemingly less self-obsessed and vital.

In a similar fashion, a plethora of NJAL designers create collections with political slants but have shied away from the brazen logo and often use conceptual design methods to make a point or open and drive a conversation.

Anyango Mpinga’s FULIZA collection was developed from the Swahili word Fuliza meaning “Continuously Flowing”. The collection itself played paying tribute to the transition of the Collection from a 3D digital Campaign highlighting social justice, to a physical one encapsulating intersectional fashion. 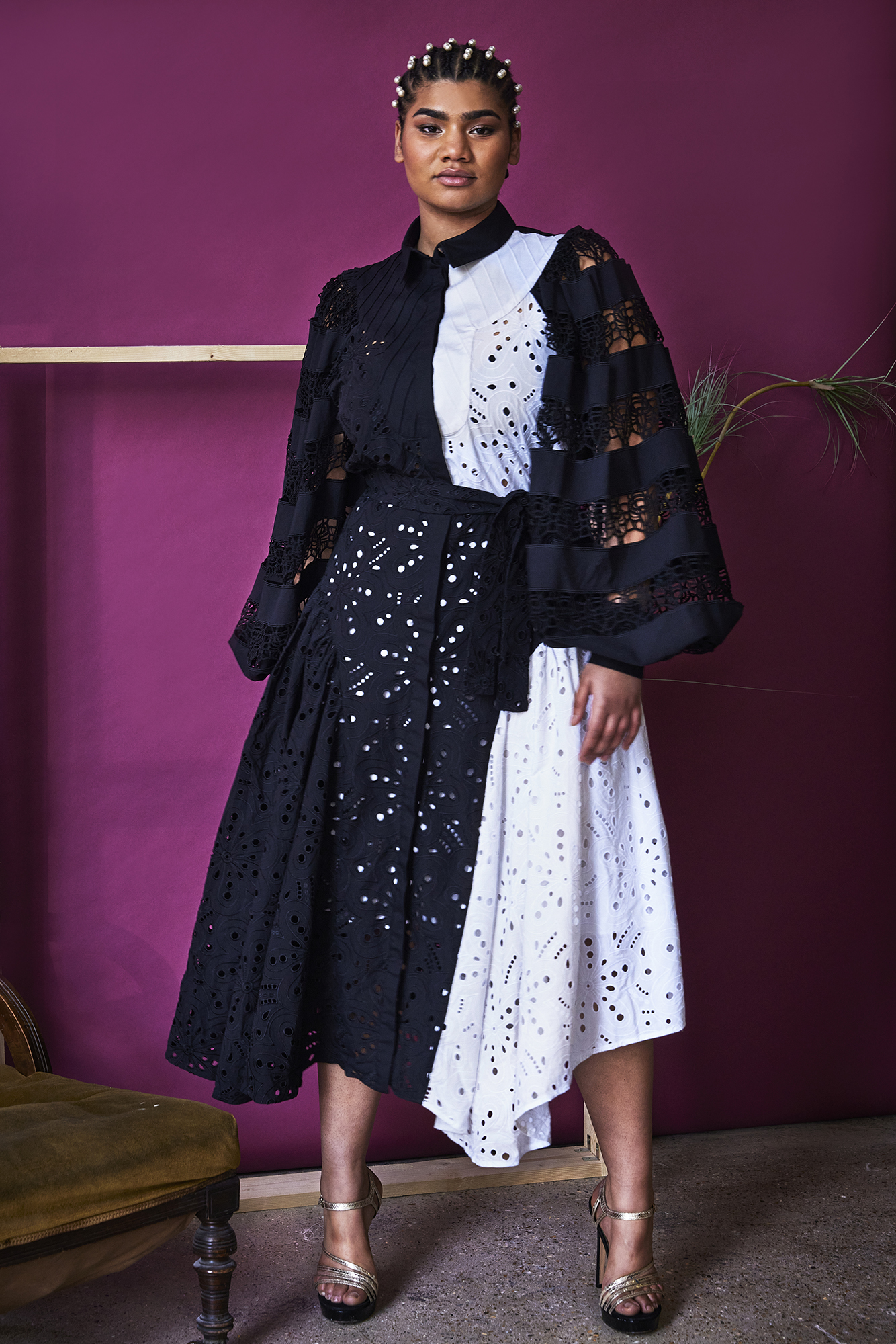 Dirty Itself by Klara Szandormirska is a collection that explored a future apocalyptic world with a specific focus on how humans may impact life itself and thus, explored how we make fashion for a world that’s destroying itself. Joining a long list of designers who are focusing on sustainability not only in the production of their collections but in their message as well, Szandomirska is an example of how textiles can be manipulated to examine climate issues. 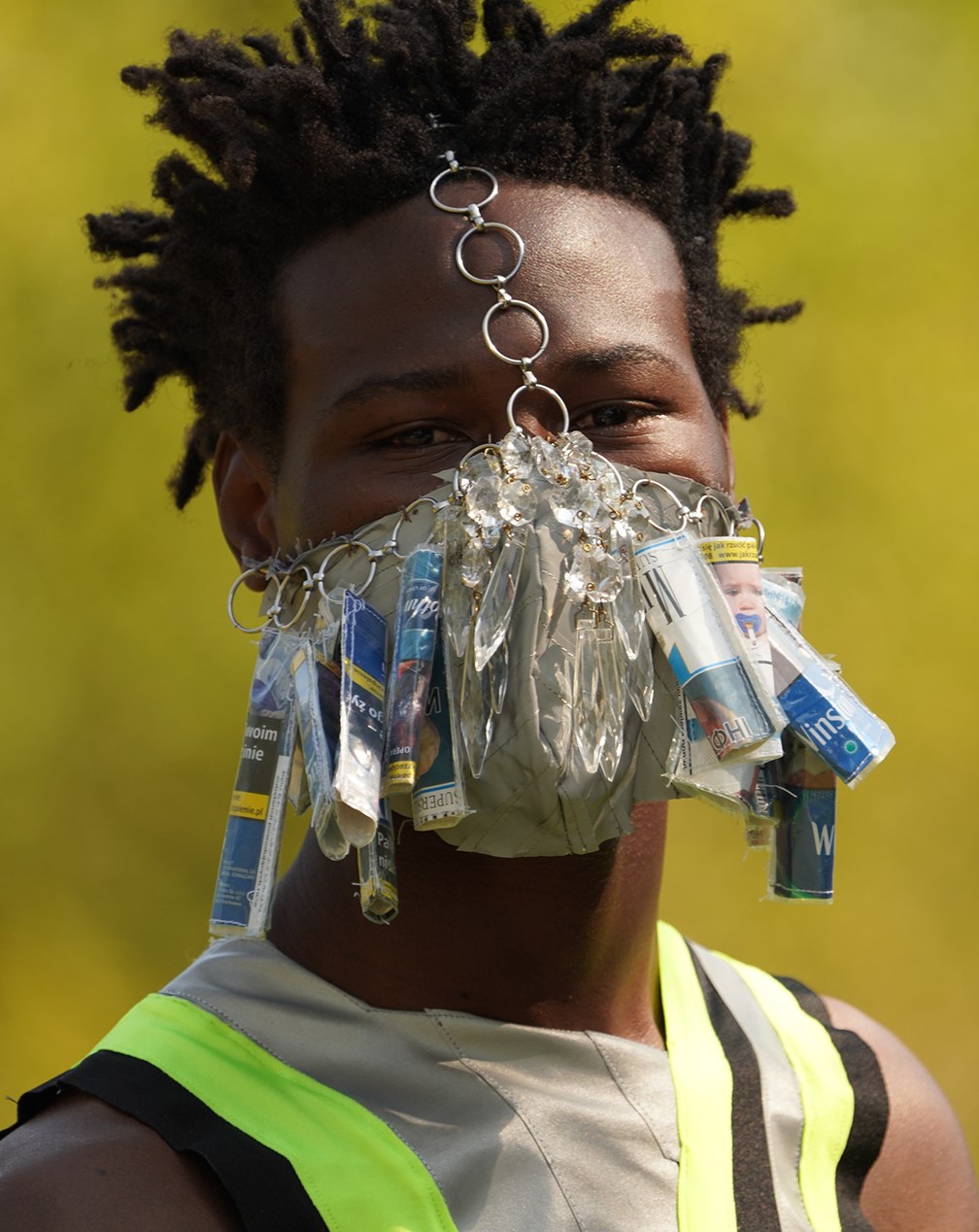 Tehran based designer Kathy Fassihi, of LANGARDI stated on NJAL that “Tehran is a mega-city shaped by rich cultural heritage, a history of abundant global trade, political fluctuations, religious tensions and, in recent years, limitation and isolation.” The collection itself used the city’s influence to guide its design aesthetic and drew upon a plethora of Tehran’s landscape and architecture as a foundation for exploring its socio-political dynamics. As stated, culture, history, politics and religion influenced the shape, cut, colour and style of a collection that helped establish the first professional ready-to-wear production in the country. 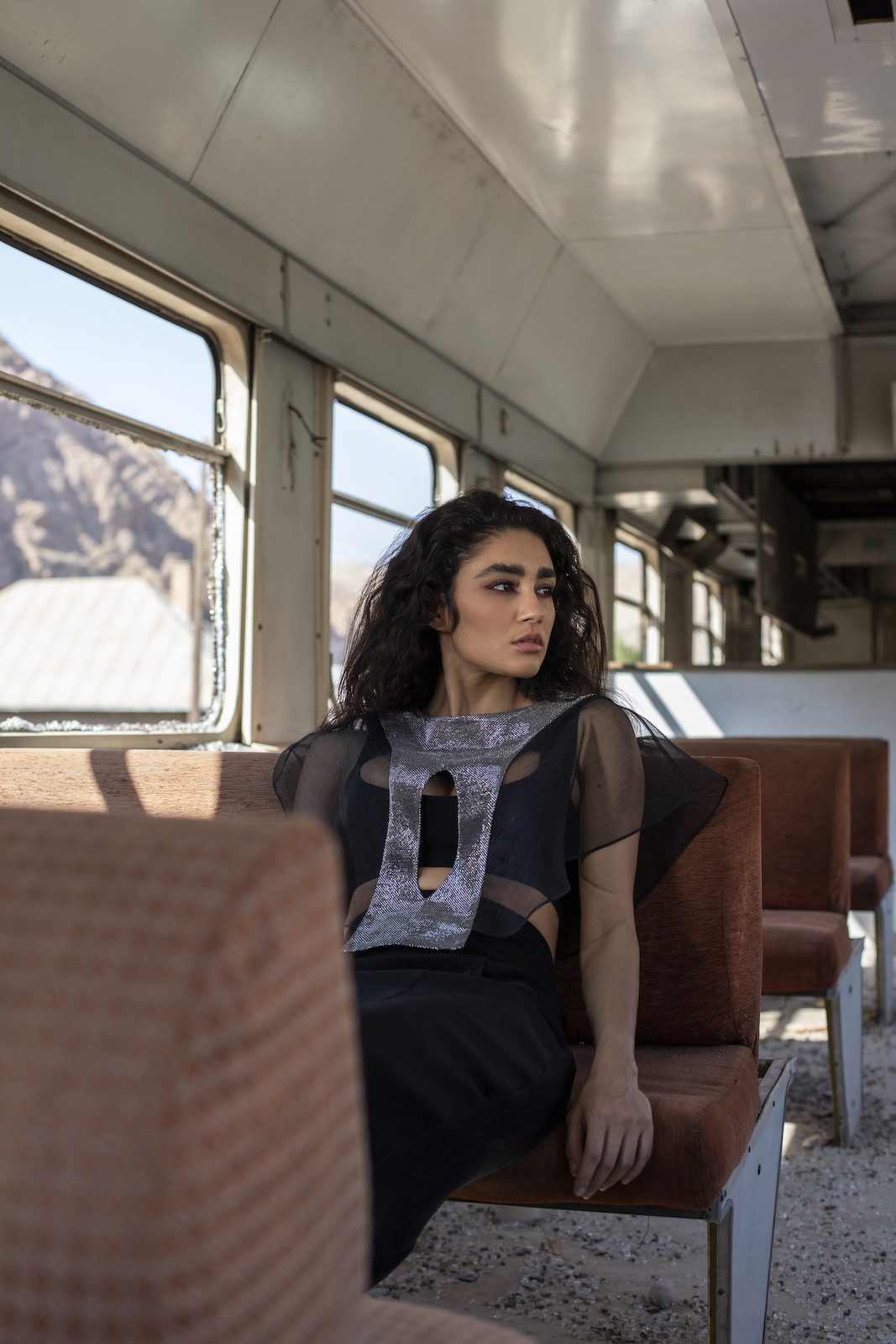 The team behind VAQAR, Shiva and Shiring, fused Iranian culture’s conformity and Western freedom to create a new traditional form of clothing. Beyond challenging the respective norm of both Iranian and Western culture, a dialogue ensues and a new conversation has the ability to help transform the future of societies. 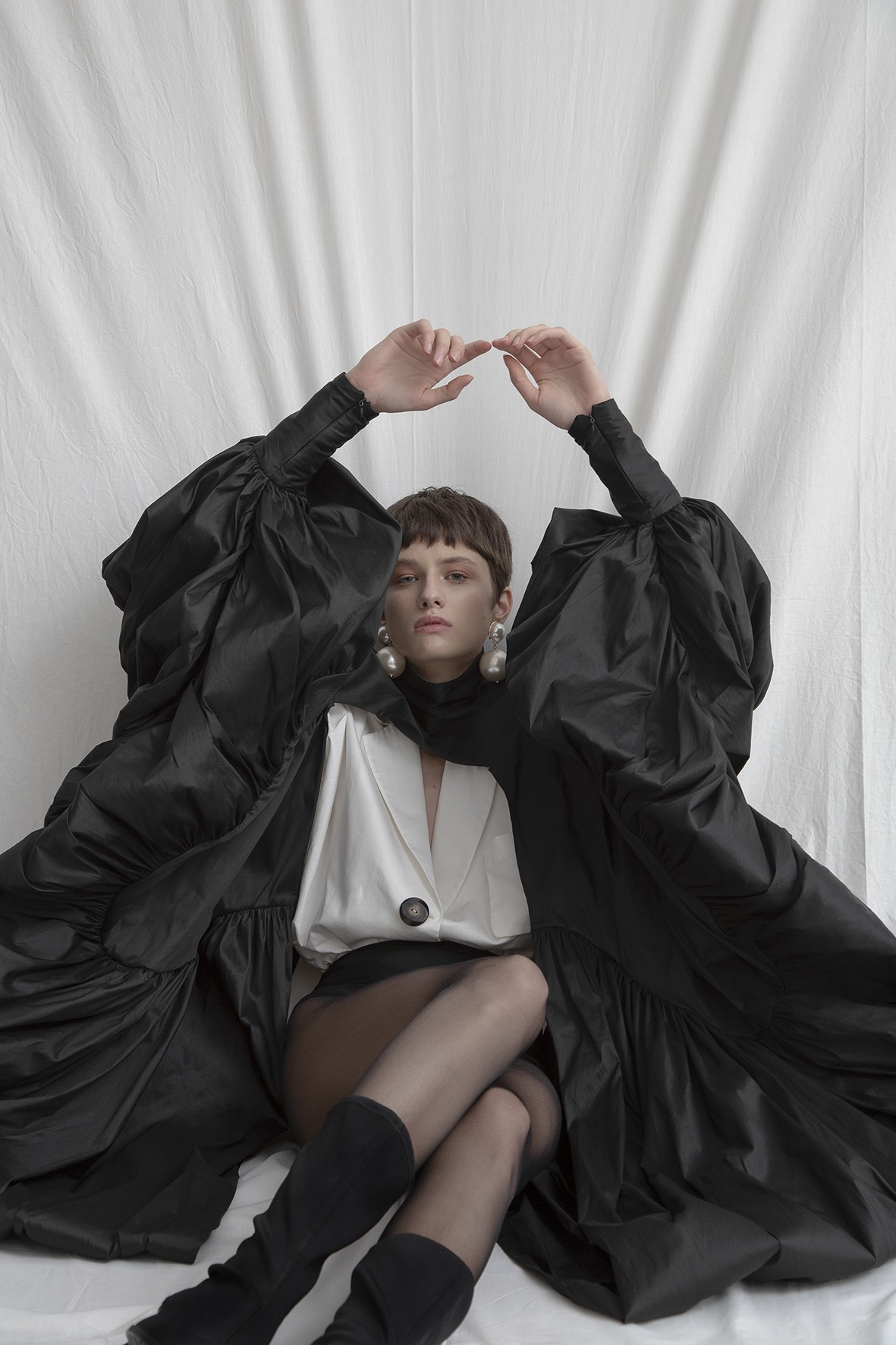 How fashion chooses to work weave politics into collections or brands is relative, but using fashion’s voice as a platform for politics shows no signs of stopping.