When Fashion Gets Political

From the final vote around Brexit to the Donald Trump presidency, it’s no secret that we are living in a time that will go down in history as largely monumental both socially and politically.

It’s nearly impossible to turn on the news, read an article, or have a simple conversation without becoming inundated with the current climate.

It’s everywhere and impossible to ignore. And that’s how great art is sometimes born. But does this sort of creative power in the face of adversity translate to fashion?

Fashion has a unique place in the world in terms of navigating social and political issues. Artists working in creative mediums such as film, theatre, and photography—just to name a few—have historied mechanisms in which they effuse their thoughts, feelings, and leanings in the work they produce. Fashion has not always been situated in this same way. 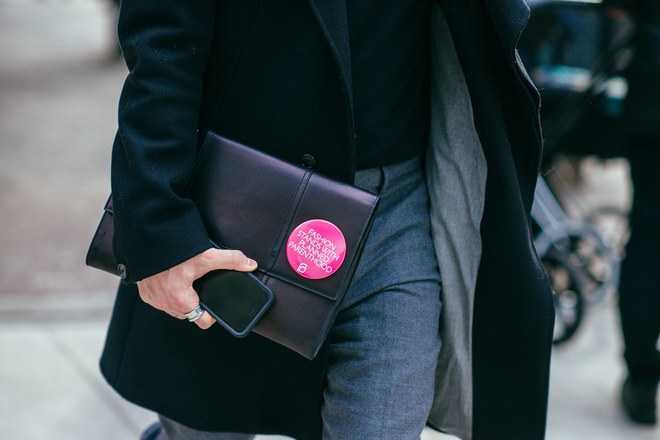 A t-shirt can exclaim political opinions or sayings. A fashion show may give off a direct response to the current social climate. But it is not always on the edge of a movement in terms of deep political or social change. And that just happens to be a truth that lends itself to the way in which fashion operates. Fashion has its own world that is based largely in the material and aspirational—a world that is dependent on what’s popular, current, and in favor of consumers.

Clothing is a mode of self-expression. But those brands crafting clothing for political and social relevance are acutely aware of the expiration date it may hold. They’re capitalizing on a movement. Think about that before donning Dior’s “We Should All Be Feminists” shirt—an item easily put out into the market since the feminist movement was already underway.

Looking beyond items of clothing, however, shines even more light on what it means to get political as a fashion brand. For fashion, there’s no hiding behind a captured image or abstract piece. It’s through advertisements or campaigns, bans, reinvented manners of production, statements from the designers themselves, and lastly—but certainly not least—it’s through donations.

In the wake of the shooting at Marjory Stoneman Douglas High School in Parkland, Florida, numerous celebrities and high-powered figures began donating to support gun control. And then Gucci did the same; writing a check for half a million dollars.

News outlets rejoiced. Gucci was taking a stand for cause that can be incredibly polarizing, especially in the United States. But what does it actually mean?

It takes serious ownership for a brand to take stand—or at least that’s what they want their customers and the spokespeople for the industry to think.

The fashion industry—and essentially every other industry—covets millennials. Every brand wants the adoration and intense loyalty of this particular generation. What do millennials want? They want to purchase items from companies that care.

Millennials favor brands that donate to causes they believe in. It’s a fact. It’s shared data—data that brands large and small are aware of. And that’s something worth noting, especially considering that a simple donation or statement from a multi-million dollar company can do a whole lot to generate buzz, earn the hearts of many, and go on to gain consumer dollars.

But how are we to weed out what’s authentic and what’s not when fashion brands big and small choose to get political?

While Gucci made waves for donating, they are certainly not the first of fashion brands to make political statements through their actions.

Take Patagonia, for example. They already have sustainable fashion practices in place, urging consumers to recycle their products instead of buying more. In fact, you can send in broken Patagonia items for repair instead of buying more. Last December when President Trump planned to cut the acreage of two vastly important national parks in Utah, they fought back by directly calling out Trump—within mere hours they fired back. The Patagonia website was filled with a black screen and one singular message: The President Stole Your Land.

Early last year, Nordstrom announced that they would no longer be carrying the shoes of Ivanka Trump’s namesake line. The department store claimed it was not political, only due to poor sales and lack of demand, but many refuted the claim by pointing out that the prominent department store had been the talk of Grab Your Wallet, a group of activists that encourage consumers to write in to Nordstrom, as well as other retailers, and urge the stores to no longer sell products supported by the Trumps.

We’ve seen brands beyond fashion attempt to get political and fail. Remember the ill-fated Pepsi commercial featuring Kendall Jenner? You know, the one where she tries to end racism with a can? 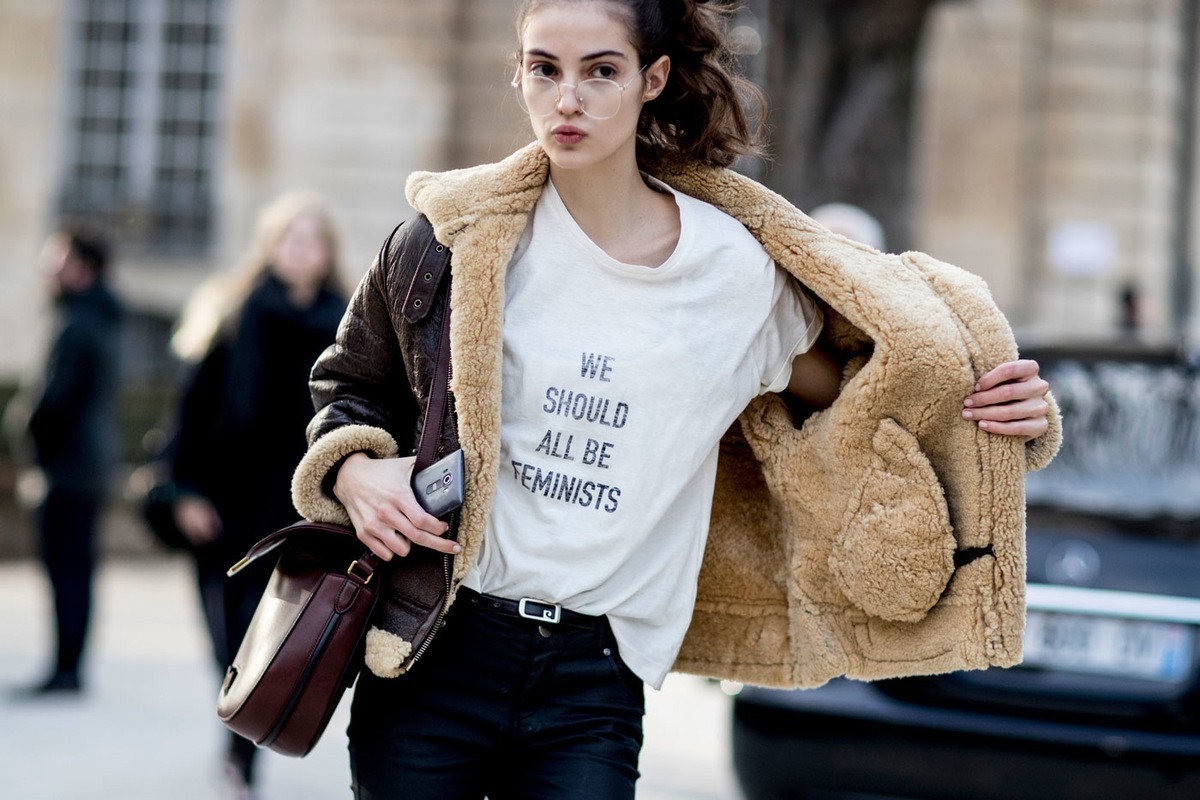 No matter the industry, it is not always clear whether those supporting a cause are in it for positive publicity or are in it for deeper reasons. Support is support in one way or another, right?

It is not about calling people out for disingenuous donations or support—that’s not fair and it’s not an exploration worth trying to do. It’s more about the ways in which political statements have the power to become warped in fashion. You can wear a shirt with a statement. A brand can send in a donation. But what does this actually mean for a brand when the majority of their customer base seems to already share those views?

Fashion brands big and small have certain perceptions, reputations, and states of power because of those who ascribe such meaning. As consumers, we are the ones who define a status simply because it is a truth we hold.

“Most of the power of institutions lies in the faith people have in them,” wrote Tim Kreider, in a recent New York Times op-ed discussing the promise of change that millennials may bring by fueling their outrage from the current political state. This same sentiment is true within fashion.

We salute a label for so-called valiant efforts in a cause because we believe the image they are pushing out into the world. But if we edge ourselves over to the cynical side of it all, the world looks different.

From runways and statements to donations and storefront displays, one thing is certain: the water is muddy when it comes to fashion’s stake in politics. While some lead the charge with an ethos that defines who they are, others ride the wave in order to gain support, likes, and fame.

Political statements are trending in fashion today. But once the dust settles, where will certain labels stand?