What Will the Future of Fashion Actually Look Like?

NJAL’s Megan Logue applies a wide-angle lens on the notion of newness and nowness and what it all means for the fashion industry. From the future of bricks-and-mortar retailing to the concept of fashion week to changes in consumer behaviour and even the rise of sustainable fashion – how will today's emerging technologies change the tectonics of fashion as we know it?

Newness has become the lifeblood of fashion. In the last year, it has become the crux of every conversation about the industry – from the relentless pace of the annual fashion calendar to the resultant burnout of designers. Even the spectacle of fashion week itself has been called into question as Diane Von Furstenberg; chairman of the Council of Fashion Designers of America (CFDA) recently announced their plans to become more ‘consumer facing.’ Ultimately meaning that the seasons will be realigned so that the collection you see on the runway will be available to buy immediately. Within weeks of this announcement, a handful of brands including Burberry, Tom Ford and Tommy Hilfiger have announced similar plans. This looming new chapter for fashion week is an attempt to quench customers’ thirst for ‘newness,’ (when exactly did that become a word?), by capitalising on the excitement and buzz that fashion week creates, by giving customers the power to purchase instantly, instead of tantalising and ultimately frustrating them with a seemingly interminable, six-month delay to actually shop the collections.

Technology is a pretty all-encompassing word, I’ll admit it. It’s been the crucial catalyst in creating the hyper-connected, image-saturated, and thus newness-hungry world we live in today. Sophie Hackford, Director of WIRED Consulting and Education, estimates that in terms of technological progression, the next 20 years will be equivalent to the previous 200,000. So, it seems that the collision between technology and fashion is essentially inevitable – but how?

It’s time to move beyond the current conversation, which seems to have stagnated around topics such as; wearable technology, e-commerce and social media. Let's get the ball rolling by asking what impact modern technology will have on the act of shopping itself, and the two pillars upon which the luxury shopping industry has been built – the experience and the object? 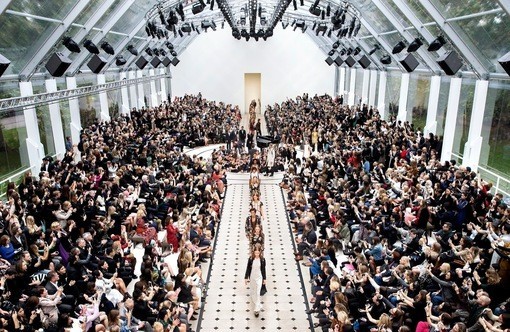 What sets a trip to Old Bond Street apart from a jaunt to Oxford Street? First and foremost, if you’re picking up a party dress in Miu Miu as opposed to Mango, then you’re going to be spending substantially more money. To encourage their clientele to drop this kind of cash in store, luxury brands go out of their way to make their shopping experience as pleasurable as possible – deploying everything from complimentary champagne to on-site stylists. Many luxury shoppers have seemingly limitless money to spend in store, and in return for this, they expect VIP treatment, including friendly, knowledgeable staff that can cater to their every need. But how can technology enhance this experience and ultimately create more sales?

At the 2015 Condé Nast Luxury Conference, Hackford implored key players from the world’s most established and storied brands to adopt the latest technology in augmented reality to create a tailor-made shopping experience for every customer who enters their stores. The end goal being that greater customer engagement translates into increased brand loyalty and profits. Hackford reminded the audience of luxury retailers that their own sales records provide them with a wealth of data on the spending habits of their super-wealthy customers that, if capitalised on, could raise the bar for concierge-style sales techniques. Hackford encouraged brands to collate these sales records and personal data to create detailed customer profiles. These profiles could then be linked with facial recognition technology to alert smart-glass-wearing sales staff when a high spending customer entered, giving the sales advisor a brief history of the customer’s recent purchases and perhaps even notes on the type of sales tactics they are most responsive to. Optimising this information has the potential to create a totally personalised shopping experience for every customer. If you think this all sounds a bit too ‘1984’, Hackford has the same apprehensions. She urged audience members considering adopting this technology to practice restraint, reminding them that customers want a butler and not a stalker.

Augmented reality could also be deployed to increase the allure of the products on offer. Just last month Google released its first smart mirror, and while it's being proffered as a household item, retailers could also utilise this technology. Installing smart mirrors in fitting rooms would be an immersive experience within itself, and smart glass wearing customers could even have the opportunity to view a brand’s entire product catalogue from the comfort of the fitting room. In store, designer bags could be embedded with microchips so that when you peer inside, a prospective customer could also peek into the atelier and see exactly how the bag in their hand was designed and handcrafted by skilled artisans. These nostalgic nods to craftsmanship could serve to remind potential customers of the talent and expertise required to create luxury goods, and the rich history of the fashion house they are buying into – presenting it not as a corporation but as a design studio built on craft and history.

Even the production of leather goods, a huge sector of the luxury industry, could be transformed by currently nascent technology. Raising animals for leather requires huge swaths of land and water, and produces dangerous waste and up to 130 times more methane than the entire human population every year. Up to now, there are only a select few sustainable designers in the upper echelons of high fashion – here’s looking at you Stella McCartney. Yet, not many more have been brave enough to eschew the use of leather in their designs. For the vast majority of the luxury industry, leather goods are their bread and butter. Despite the increasing quality of imitation leather, these houses are loath to forgo the real thing, with its distinctive feel and unique flaws, that mean every bag or shoe is utterly unique. However, despite designer’s devotion to leather, it’s days are numbered, or at least as we know it.

Brooklyn-based company Modern Meadow are pioneers in the field of biofabrication, and through their innovative work, they have developed a means of growing genuine leather within a lab. With a single stem cell extracted from a single cow, they can produce infinite leather. Modern Meadow even has the power to manipulate the genetic makeup of the stem cells they cultivate to create leather with whatever characteristics they want, from varying colours to creating intricate patterns – they have even engineered a way to create transparent leather! Modern Meadow’s method requires an infinitesimal amount of land and water compared to the traditional tanning industry and it does not require the slaughter of animals. This is extra important given Generation Z’s propensity for companies with a moral compass. If this model of sustainable leather production were adopted on a grand scale, it would revolutionise the luxury fashion industry altogether, which relies on leather goods as an easy cash cow, (no pun intended). 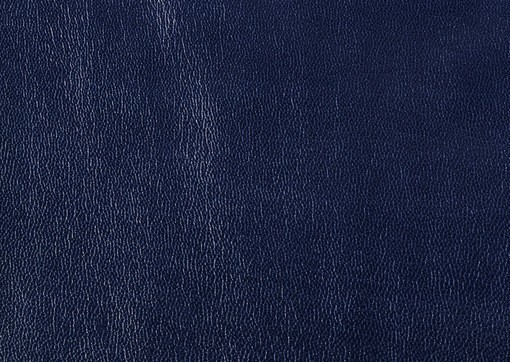 However, if the biochemical breakthroughs of Modern Meadow were mechanised en masse, it could also lead to the democratisation of leather. Leather still remains a luxury commodity due to the expense required to create its most superior specimens. If luxury conglomerates such as LVMH and Kering start utilising Modern Meadow’s sustainable technology, would this diminish the value of the designs produced? The luxury fashion industry is built upon the idea that a Birkin bag and a Chanel 2.44 are sacred items, so the object is key.

At the 2015 Condé Nast Luxury Conference, Sophie Hackford proposed that in the future, the luxury object itself would no longer have the supremacy it enjoys today. Hackford asserts that the huge technological leaps being made in 3D printing, and the availability of 3D scanners, mean soon it will be intellectual property, the design, which we purchase from the designer, instead of an object itself. At the minute, it is perfectly legal to go into a shop and 3D scan any of the items on display, which you can do easily with a mobile app, and, if you had access to the technology, you could then go away and print this bag at your nearest 3D printer. This might not seem like such an easy venture right now, but in the very near future it will be, and luxury brands are leaving themselves open to a very real threat by not safeguarding themselves from these practices. This might all sound like sci-fi shopping scenes from Spike Jonze’s ‘Her’ that never made it past the cutting room floor, but they are real possibilities, and they’re coming sooner than you might think.

In summer 2015, LVMH made the game-changing move to elect a Chief Digital Officer (CDO) – a newly invented post. The world’s biggest luxury conglomerate giving digital a seat on their board for the first time ever is a sign of things to come. The luxury fashion industry was late to hop on the digital bandwagon and now they are racing to make up for lost time. The role of the CDO will go way beyond mere e-commerce and social media; their goal is to integrate digital innovation into every aspect of the supply chain. According to Perrine Corvaisier, CDO at Maison Ullens, a small Paris-based luxury brand, the role of CDO is an interim one, since to be successful at it is to “excite and show the way with digital; to set up a few guidelines and some technical points, so that the organisation can change and continue to lead on its own.”

In the words of the abstract expressionist artist William de Kooning, “you have to change to stay the same.” The fashion industry isn’t desperately seeking newness, newness is coming after fashion, whether the industry is ready or not.