What Happens When Creatives Leave?

"The city is a body and a mind – a physical structure as well as a repository of ideas and information. Knowledge and creativity are resources. If the physical (and financial) parts are functional, then the flow of ideas, creativity and information are facilitated. The city is a fountain that never stops: it generates its energy from the human interactions that take place in it" - David Byrne.

This quote is from an article the celebrated musician and artist David Byrne wrote for Creative Time Reports in 2013, about his home town of New York. But of course, he could have been writing about anywhere. The world's cities, or 'fountains' as he calls them, are all under threat; with artists being priced out, they're losing their souls.

The opportunity to create and survive at the same time is a luxury, and one that is simply not available to many in New York, but also in the likes of San Francisco, London, and Paris. The list goes on. Where commerce is thriving, creativity is not. And no matter how supportive of creatives local governments appear to be, they are struggling to find ways to retain talent. 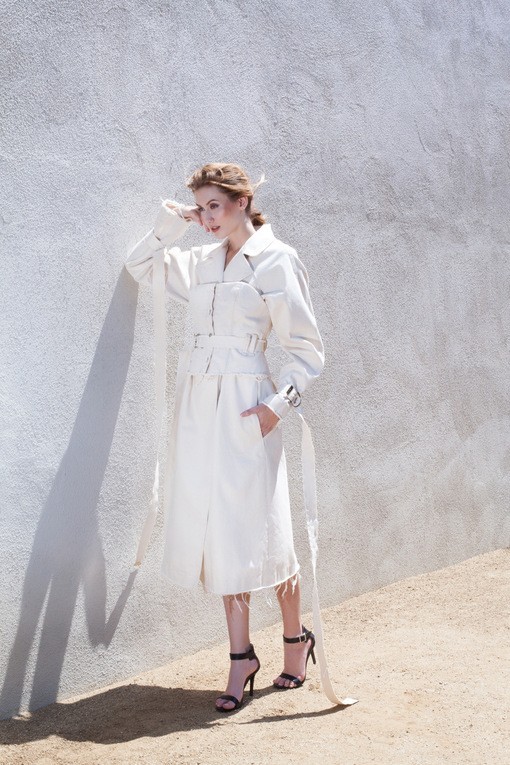 And every community needs creative talent, because the same fast paced change that is forcing the rapid gentrification of entire suburbs and even cities needs to be kept in check; by people who observe, critique and think differently from the herd. As NJAL designer Andy Lifschutz puts it simply: "less creativity means less change, less radicalism and less progress."

Unaffordable rent and costs of living mean setting up shop in the traditional fashion hubs is often too expensive. When only the elite or the already successful can thrive, creativity is stifled. "When designers and artists have to work two jobs to pay their rent, when the f*** are they going to pick up their paint brush and create art that changes the direction of society?" asks Lifschutz. "We needs artists as a barometer for what is going well, and what is not. If all the genuine artists are outside observers to society, than the barometer will be very much out of whack."

Increasingly, it's not just affordability that can put creative talent off either. Inward-looking politicians are putting stress on global networks and limiting opportunities for people to live and work abroad. Technologist Sophie Hackford laments this trend. "Any policies or strategies that close off avenues of movement: whether that's people, money, or ideas" she says, "are at odds with the successes globalisation has brought in the past few decades." 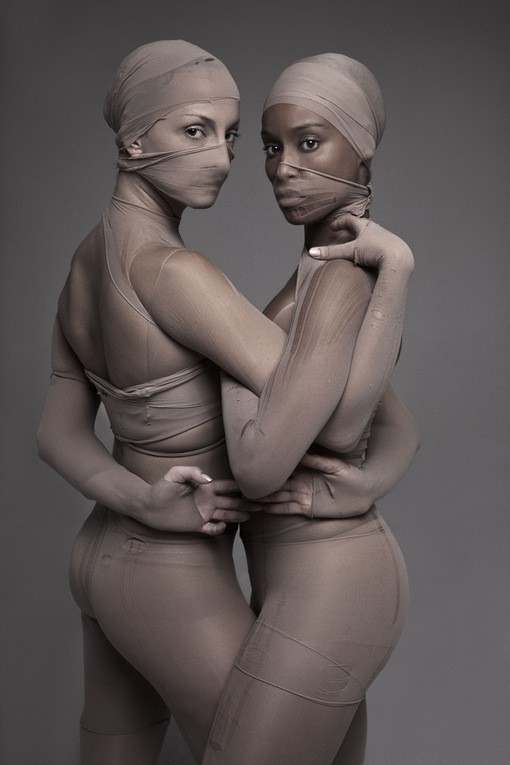 So as it stands, designers and artists are forced to pay a large price to set up businesses in the world's megacities. Olya Kosterina is an NJAL designer who's found a way round this. Her eponymous brand is officially based in her home town of Yaroslavl in Russia, but she splits her time between Russia and LA in order to keep her costs down.

Kosterina has also lived in Barcelona, so she’s seen first hand the effects of gentrification on many parts of the world. “It’s such a weird concept. We see this with Berlin, Brooklyn, the arts district in LA...it gets too gentrified and then all of a sudden people think it’s a cool place to live. Rent goes up, then artists and designers have to move out and look for cheaper areas and cities.”

“I moved from Barcelona to spend more time in LA, where it's a much more expensive lifestyle than back in Europe” explains Kosterina. “However the opportunity to progress that LA offers me makes it even. But again, to be able to produce high quality collections, I had to go home to Russia and set up my business there. It’s the only place I can afford to have a dressmaker who is at my disposal all the time, so I have to travel back and forth to produce my collections.”

Like many people, Kosterina sees it as a cycle that comes with the territory of a rapidly changing modern world. Gentrification has happened in cities for decades, but it’s more prominent now thanks to growing populations and the speed at which these changes happen.  “I think it’s just a cycle” concludes Kosterina. “Creativity just goes where the artists can afford to be.” 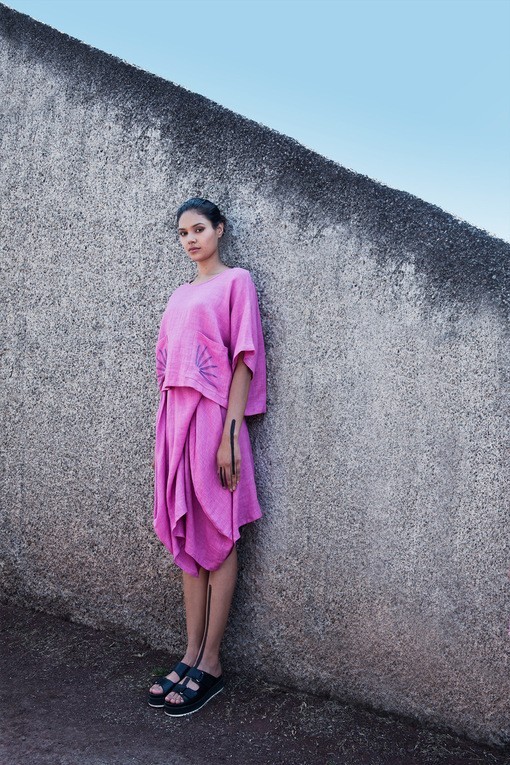 Outside The World’s Most Expensive Cities, Things Work Differently

Of course there are plenty of places around the world where opportunities come at less of a price. Speaking to NJAL designer Carla Fernández, a womenswear brand based in Mexico City, their Head of Design Erin Lewis tells us that being based in Central America, and then travelling to the main fashion capitals on occasion, enables them to do business how they want to. This means working with indigenous communities throughout Mexico, where they focus on women co-ops that produce handmade textiles and clothing.

The brand have developed a unique enterprise in which the fashion industry and the handmade crafts of Mexico are compatible. They pay artisans not only for the hand labour but also for intellectual property of their designs. It’s being based in a large, lively and cheap city that gives them the opportunity to do this, says Lewis;  “working with such unique and remote artisans is a challenge overcome by being based in a city, where logistically we can organise and collaborate with other creatives to show and sell the pieces.”

And it's opportunities like these which are lost when creatives are squeezed and have to work and produce at break-neck speed in order to sustain themselves. “Cities are the springboards to the rest of the world” continues Lewis. “They’re melting pots where ideas and products are condensed and refined.” 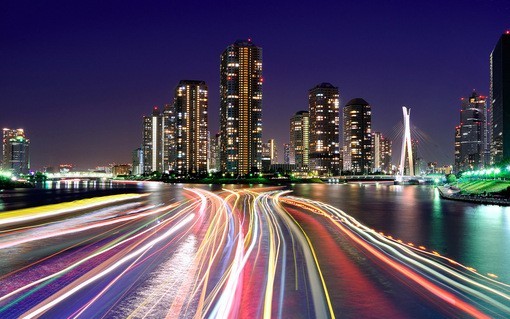 What can cities do to retain talent?

Of course, many cities around the world do have initiatives set up to help ease the strain. After all a city with no creative talent is a city without personality. And without personality how do you encourage citizens to live, as well as work, in these cities; and stop them becoming soulless, peopled deserts that attract businessmen during the week, then are empty on the weekend?

So how do cities attract artists? "Creative talent needs opportunity and infrastructure" offers Kosterina. But beyond infrastructure, it’s not simply a matter of offering grants and financial relief. Artists need to be inspired, too, and that's not something you can manufacture easily. "There is obviously something bigger behind triggering the talent to emerge in one place" agrees Kosterina. "A general political atmosphere that empowers to create, cultural backgrounds that serve as a source of inspiration, and so on." 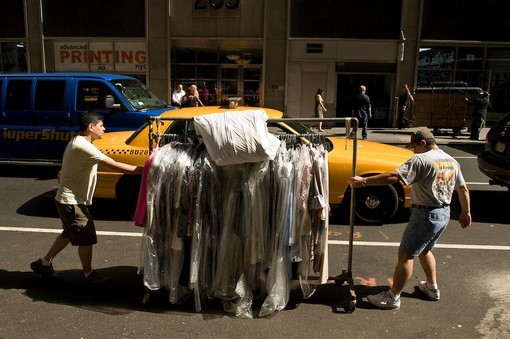 Either way, Hackford imagines a time not far from now when things will go one step further; and cities will need to compete aggressively not just to keep creatives, but to attract them in the first place. “I think the talent of the future will be able to shop around for places to live or work that offer both human and technological connectivity" she says.

According to Hackford, technology will soon upset the entire system anyway. "Artificial intelligence will leave humans with a dilemma. What will we do?" she asks. "Most experts point to creativity, problem solving, and abstract thought as (currently) uniquely human attributes. Pushing that talent out of major cities doesn't feel like a long-term good move. it's also a huge opportunity for clever cities to grab that talent exodus."

In the mean time, let's hope that more forward-thinking city initiatives will be enabled to help reset the balance. Because the world's most populated cities, where the future is literally being written as we speak, need creatives now, more than ever.