Vienna | A New Take on Fashion

Like virtually any other major city on the globe, Vienna has its own fashion week. It takes place once a year in September and is essentially a consumer event. Celebrating the originality of local fashion designers only once a year is hardly enough, however, for them to gain the lasting awareness of the Viennese. So the fact that a new festival takes place for the first time this spring reflects a very positive development.

Vienna Fashion Week, which takes place outside a central museum complex called Museumsquartier, is organised by the local agency Creative Headz and has earned a good reputation in the years of its existence. The same team will also be co-responsible for putting together the new TAKE fashion festival, which was initiated conjointly with the Austrian Fashion Association (AFA). The latter started its activities almost exactly two years ago, taking over from another institution dedicated to the support of Austrian fashion in the previous fifteen years. All things considered, one may argue that the creation of contemporary fashion in the Austrian capital and measures taken to enhance this creative spirit have reached Phase II. The new fashion festival is also very much about highlighting this fact. 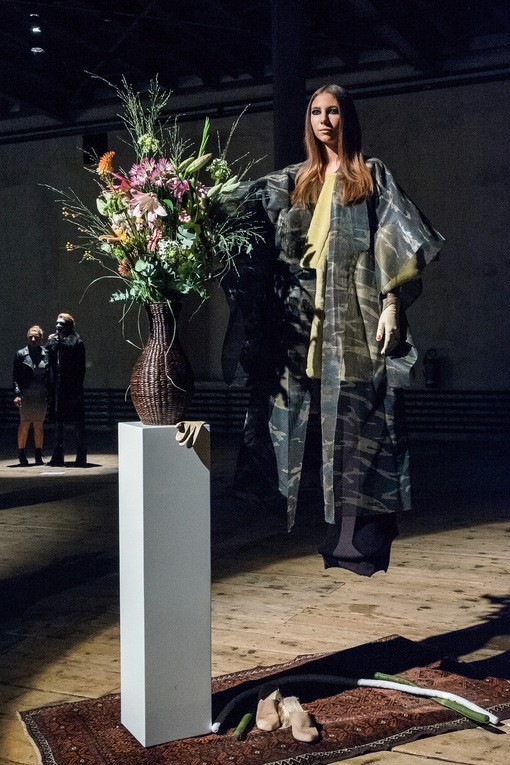 Since the turn of the Millennium the fashion system has, for various reasons, been undergoing profound and radical changes that are actually reaching a new peak at this very moment. They inevitably affect the work of young designers seeking to establish themselves and gain notoriety within the system. Also, some of these transformations make it very clear that, contrary to widespread belief, the place where a designer lives and works is absolutely not irrelevant for their market potential.

The great challenge for fashion brands located in the second and third cities of fashion, as well as for the institutions supporting them, remains to find viable strategies to make their voices heard beyond the cacophony of Paris, Milan, London or New York. The presence of a designer in a showroom or a tradeshow in one of these cities is as important today as it used to be in the past. But reaching out to a local fan base and a crowd of potential customers right where a brand is headquartered, thereby working on the fundaments of a creative enterprise, is more important than ever as things start becoming a little shaky on an international scale. 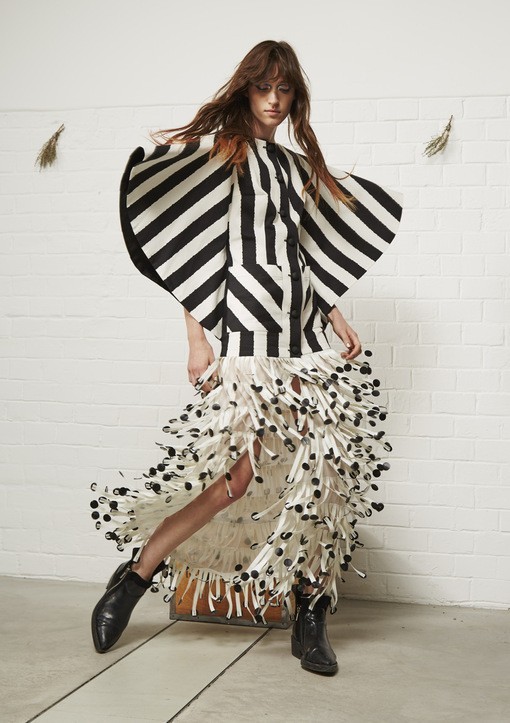 So yes, it is of the greatest importance for all the brands in Vienna that they have just been given a new stage for their work. And even though Marlene Agreiter and Camille Boyer, directors of AFA and co-organisers of the festival, chose to call it TAKE, what they do is actually to add a new layer to the Austrian capital's fashionable goings-on.

Alternatively, one might say they hinted at their aim of a new take on how to showcase creative work, delving into a tradition that reaches back as far as the early 20th century when Wiener Werkstätte was characterised by a particularly collaborative and mutually enhancing spirit. During the official press conference preceding the launch of TAKE, a wide array of partners and associates from many creative disciplines and the arts were introduced to the public. To mention but one, the internationally acclaimed Vienna-based festival for Audiovisual Arts, Soundframe, will co-host the closing party and bring in a Viennese crowd curious about all things new and original. "We wanted to address the biggest possible audience and reach out to everyone interested in fashion and other manifestations of local creativity", says Marlene Agreiter of AFA. 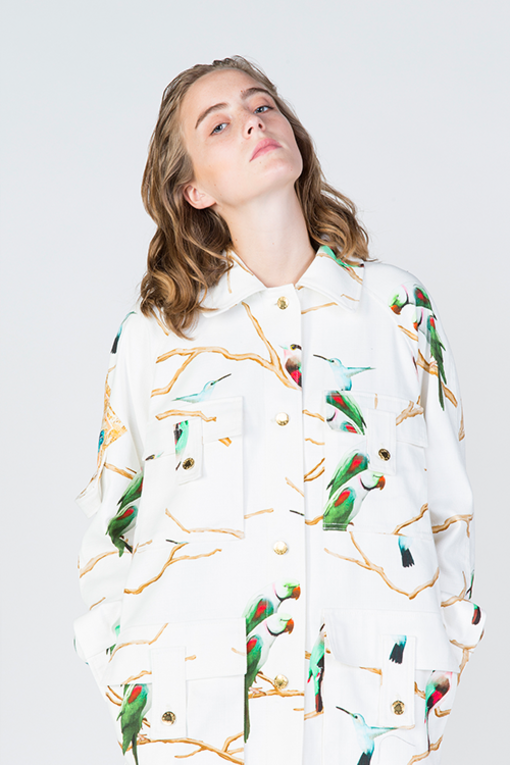 The pulsating heart of TAKE festival will be the presentation of this year's Austrian Fashion Awards. An international jury handpicked the finalists and winners in various categories. Among these, DMMJK is a label run by two designers, Emil Beindl and Markus Binder, who previously gained work experience in the studio of Proenza Schouler in New York where they gained insight into how to add a commercial buzz to a skilfully constructed collection. Young Leopold Bossert competes with DMMJK for the award sponsored by the city of Vienna's cultural department. He is a very experimental designer, a maker: experimenting with new materials and constructing his own production devices are part of the creative process as he sees it.

Another award category is sponsored by the Arts and Culture Division of the Austrian Federal Chancellery. Its aim is to let designers do an internship abroad at the beginning of their career. Raphael Caric and Marie Oberkönig are the two emerging talents selected for the final.

A first will be the presentation of an Outstanding Artist Award, which will go to Antwerp-based designer Flora Miranda. Her experimental and highly expressive work perfectly matches the award category's main criteria of pushing fashion forward and exploring its boundaries. "To me designing fashion is an integral part of creating culture. More extreme and edgy propositions are essential, also to further the evolution of conventional ready-to-wear", says Flora Miranda Seierl. 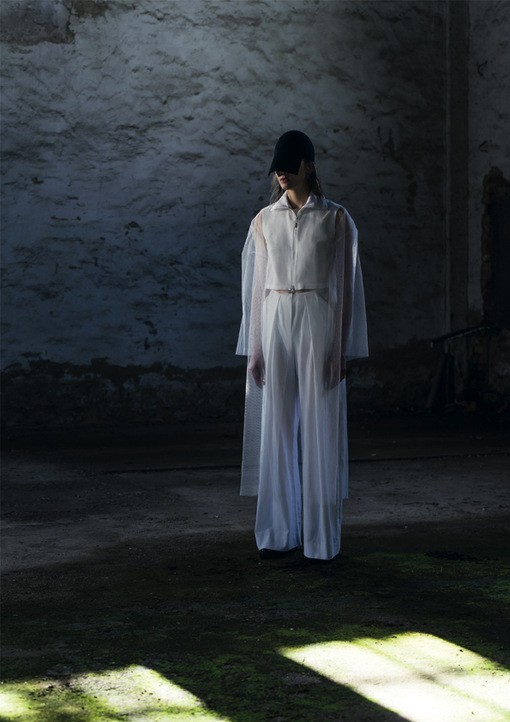 Among the numerous remaining projects and events on the agenda of the first edition of TAKE festival, a particularly ambitious exhibition programme is worth being highlighted. Numerous photographers, curators, artists and fashion designers submitted projects that will form a "Parcours" across the central festival venue. "Diversity was a very important topic for us, we wanted to show a wide range of different positions from fashion and the arts", says Camille Boyer from AFA.

Apart from the Austrian Fashion Awards gala, a second evening will be dedicated to runway action. On "Departure Fashion Night", named after the municipality's initiative to support all creative industries, a total of five local brands will present their collections. The aforementioned DMMJK will be featured alongside Pia Bauernberger and Sabinna. Femme Maison, where the very talented designer Franziska Fürpass acts as creative director, will also take part. A more international contribution will come from Milan-based Austrian designer Arthur Arbesser. After training in London and gaining work experience in the studios of Giorgio Armani, Arbesser set up his eponymous fashion house in Milan where it is now listed on the official show calendar. He also heads the womenswear department of Iceberg and, whereas both of his jobs represent close ties to the world of Italian fashion, Arbesser's company is headquartered in Vienna.

For him and all the remaining designers featured during TAKE's first edition, it is vital to count on a friendly and constructive reception on their home turf. It will be the festival organiser's main task to create the atmosphere for this to become possible.