TRANSFASHIONAL: THE FASHION OF THE FUTURE DREAM BY 20 CREATIVES FROM ALL OVER EUROPE — AN EXHIBITION AT THE CENTRE OF ITALY

Behind every show, collection, and museum artifact is a story waiting to be told. Not Just A Label Contributor Giulia Ronchi takes us behind the Transfashional Exhibition, a transformative experience that's shifting the way in which we can view the world.

FACED WITH A COLLAPSING PLANET, FASHION OUGHT TO ERASE THE MOST TOXIC AND POISONOUS PART OF ITSELF: THE FAST-FASHION INDUSTRY. WILL IT BE ABLE TO REWRITE ITS OWN HISTORY? DESIGNERS, STYLISTS, AND ARTISTS HAVE GATHERED TO HELP WITH THEIR IMAGINATIVE CREATIONS ON THE EDGE OF UTOPIA, BASED ON THE CENTRALITY OF THE BODY, RECYCLED MATERIALS, AND ZERO ENVIRONMENTAL IMPACT. THE RADICAL WORKS OF RIMINI’S TRANSFASHIONAL EXHIBITION. 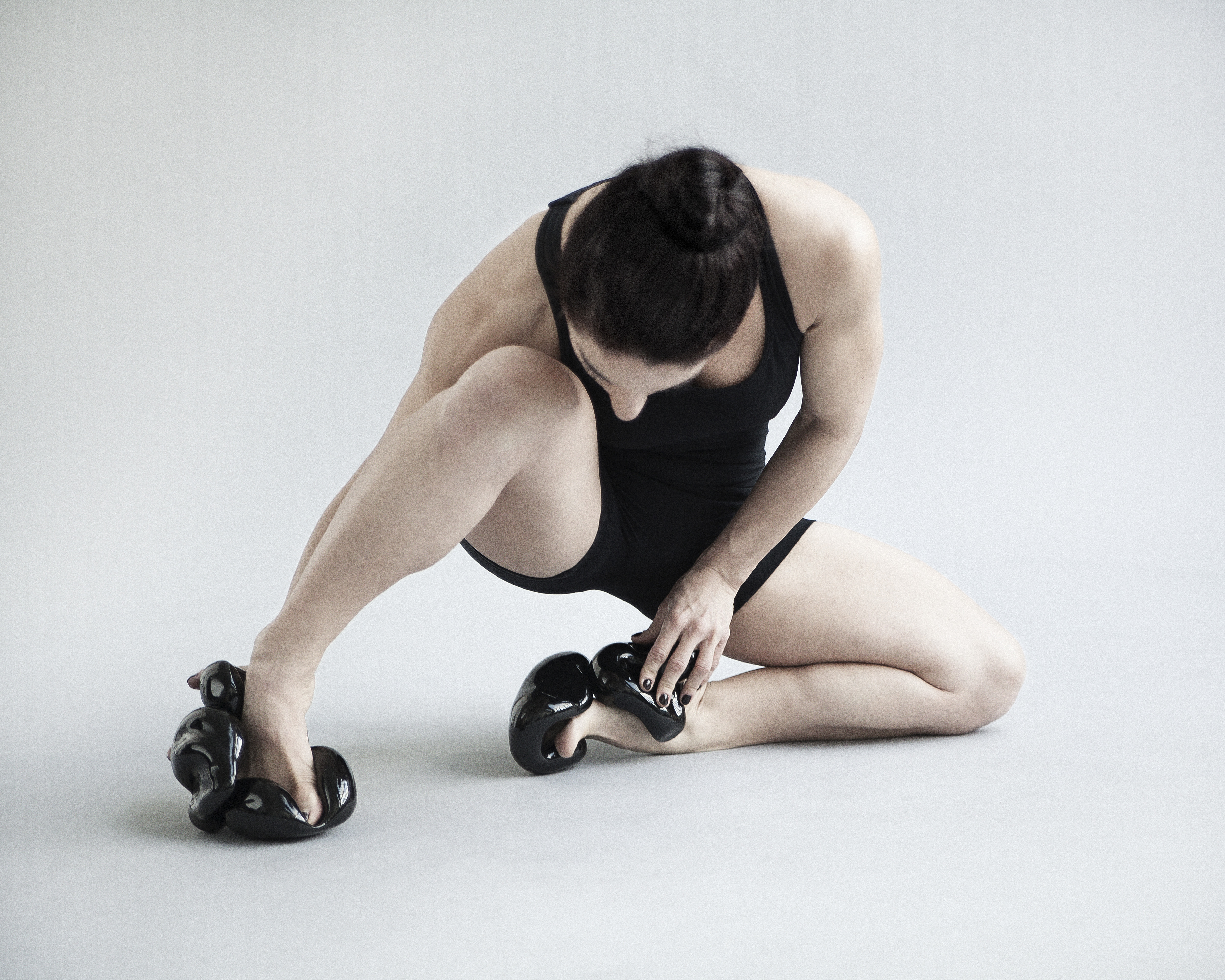 Nowadays, the challenge humankind has to face is the greatest and the most fearful ever to be conceived: its own survival. The giant Goliath in front of little David. Having fed a false promise for decades—the illusion of consumption in exchange for happiness, the myth of infinite growth—the planet is now on the verge of collapse. Radically rethinking the consumer society is a priority. Like it or not, among the many factors that are poisoning the planet there is one of enormous impact, fashion.

Driven by this urgency, the independent curator Dobrila Denegri has created a platform that gathers the contributions of the universities of six countries of the European Union, reflecting around one question: how can we stop fashion from destroying nature? An inquiry that included professors, students and researchers from the University of Applied Arts in Vienna, University of London—London College of Fashion, University of Borås—Swedish School of Textiles, Warsaw Academy of Fine Arts and the Master of Fashion Studies, University of Bologna, Rimini Campus. Having started three years ago from in the Austrian capital, the journey—made up of nomadic events, conventions and exhibitions—has ended in the Ala Nuova of the City Museum of Rimini, in the central Italy. This place, hometown of the legendary Federico Fellini, director of Bella Vita, hosts the last stage for a survey on the fashion of tomorrow—or at least the way we hope it will be. 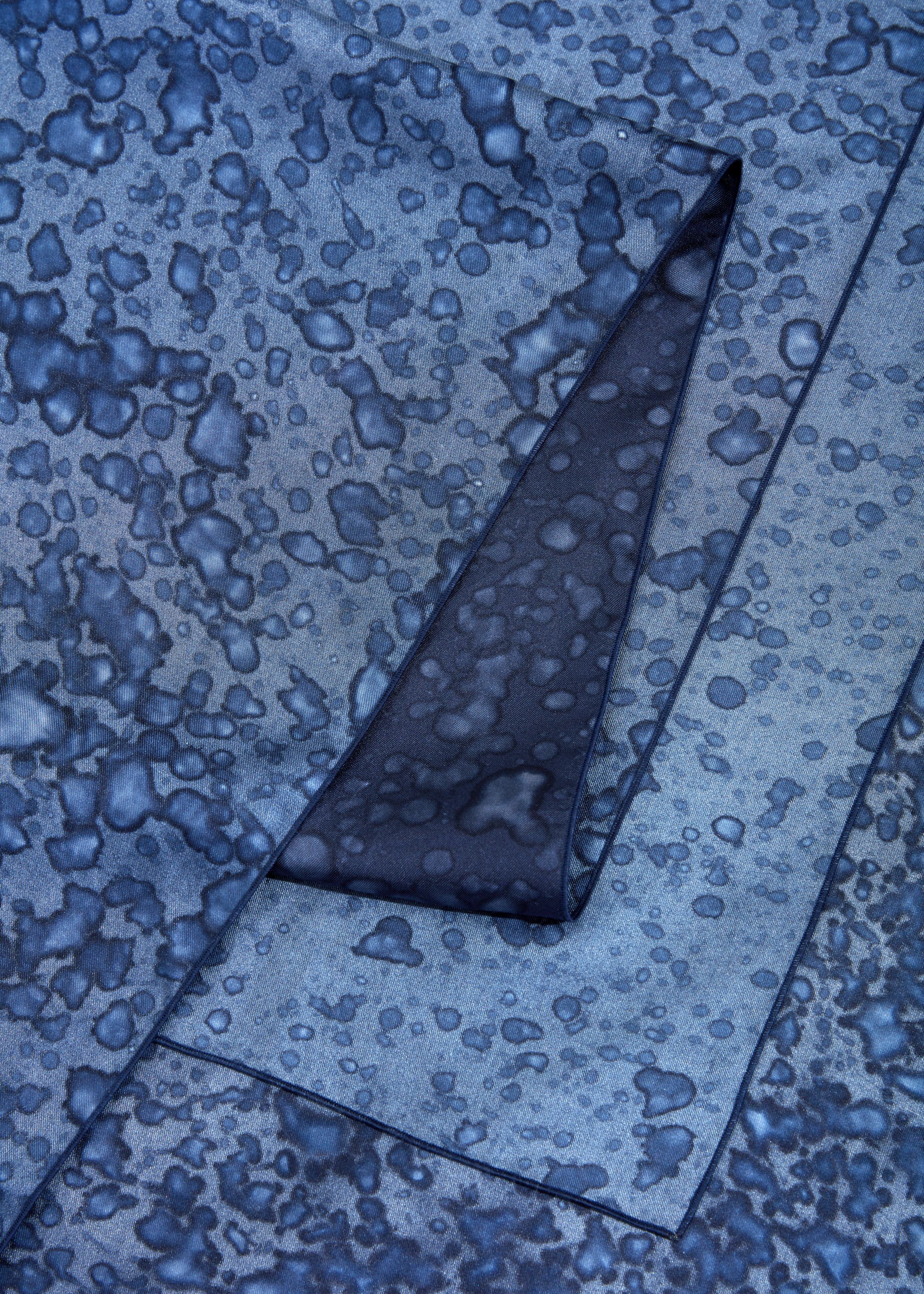 "Transfashional" is a made-up word, which means the desire to re-establish a language of ideas; that’s why, in the exhibition, fashion is combined with photography, video, poetry and performance. Not by chance, do we find very few clothes exposed on the display. "As a term without a fixed meaning, it was ideal title an exhibiting project which was conceived as research-oriented, processual and open-ended," explains the curator, Dobrila Denegri. "In curatorial terms, Transfashional was a decision to make an exhibition about something without exactly knowing what it is."

The authors, artists, stylists, or designers are: Manora Auersperg, Linnea Bågander, Naomi Bailey Cooper, Sonja Bäumel, Christina Dörfler Raab, Naomi Filmer, Barbara Graf, Shan He, Milena Heussler, Afra Kirchdorfer, Saina Koohnavard, Kate Langrish Smith, Ulrik Martin Larsen, Maximilian Mauracher, Wojciech Małolepszy & Robert Pludra, Ana Rajčević, Clemens Thornquist, Lara Torres, and Aliki van der Kruĳs. While "Transfashional" gathers a multi-faceted kaleidoscope of creations, it also flows into one single vision: cleaning fashion from all that is unnecessary, returning to a zero degree of language: the movement, the body, the space. The show in Rimini wins for its genuine ability to strip fashion of all that self-referential arrogance which it has "dressed" up to now (with the great complicity of marketing and communication), and replacing it with delicate gestures and unusual solutions. It bucks the trend, the courage of little David of the Bible, as we said. 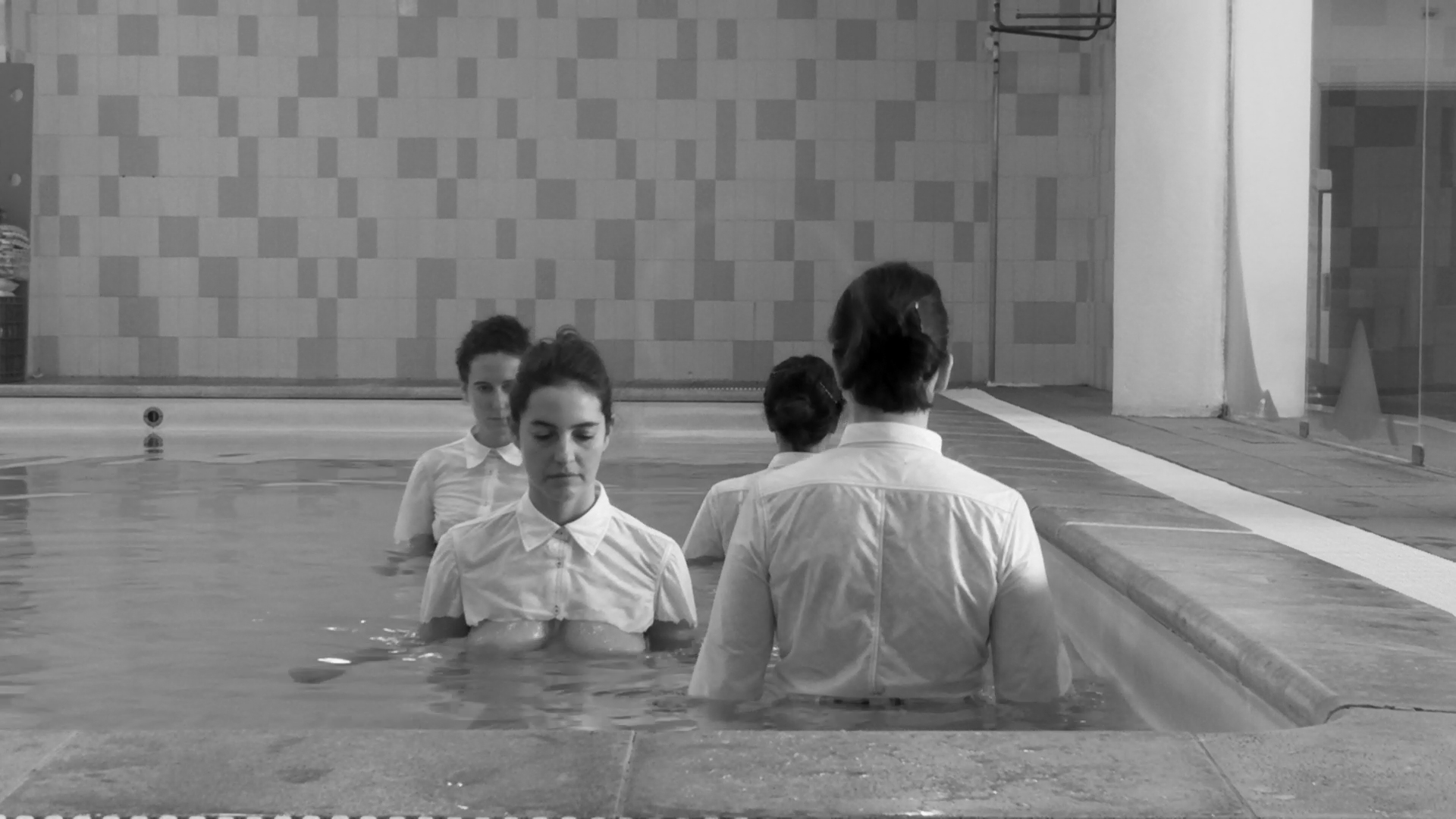 Lara Torres “An Impossible Wardrobe for the Invisible”, 2011

An example of this alternative thought? Creating objects that do not cage the body, but occupy the space between the thighs and the knees, between the fingers, under the soles of the feet: "jewels on the contrary," we could say, like those of Kate Langrish Smith from the collection Embody, real sculptures that question the meaning of body decoration and its ancestral function. Jewels that can also be marked by the impermanence of time, such as those of Naomi Filmer, the "Ice Shoulder Disc," for instance, made of ice, which slowly melts due to body heat. If the body can dematerialize an object, this process can also be set off by contact with weathering, as in the case of Lara Torres, who creates garments that vanish in contact with water, thanks to a particular biodegradable fabric. To show the process, it gives life to short films reminiscent of the French Nouvelle Vague: immersed in a melancholy atmosphere, performers remain a few minutes under the rain, or stretched out under a dripping plant, until their skin remains naked. 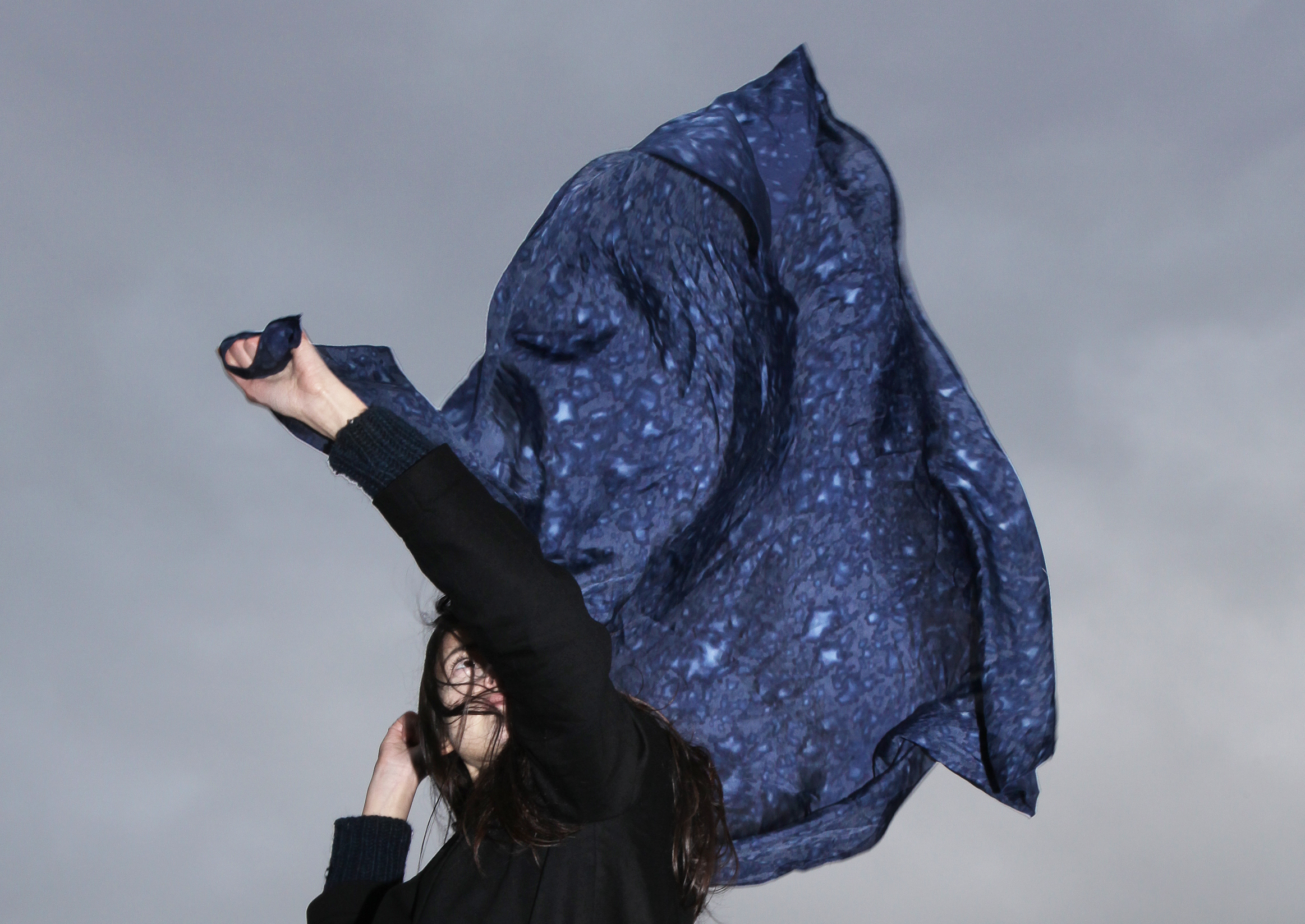 Nature is the main topic, inspiring and shaping fabrics: it is the case of "Made by Rain" by Aliki Van der Krujis, a Dutch artist who comes from a family tradition linked to the observation of atmospheric phenomena. Here, the action of the rain is fixed on the clothes, accompanied by photographs of the clouds that crossed the sky that day. A process similar to that of Christina Dörfler Raab, who lets nature, with plants, mosses, and the passage of small insects, determine the result of textures, each of them random and unique. Alongside the organic elements, recycled materials from the industrial context are also fundamental: just look at the videos of Linnea Bågander, who employs plastics, papers and metals with sinuous shapes and iridescent surfaces, trapping the bodies of performers and converting them in fascinating dancing sculptures. Safeguarding the environment is useless without a cohesive social awareness: that’s why the professors of the University of Warsaw Wojciech Małolepszy & Robert Pludra have invented machines to test the collaboration amongst students, based on actual "balance training." Wheels, swings or stilts, these ingenious tools put an important rule into practice: if one loses they all lose, and vice versa. 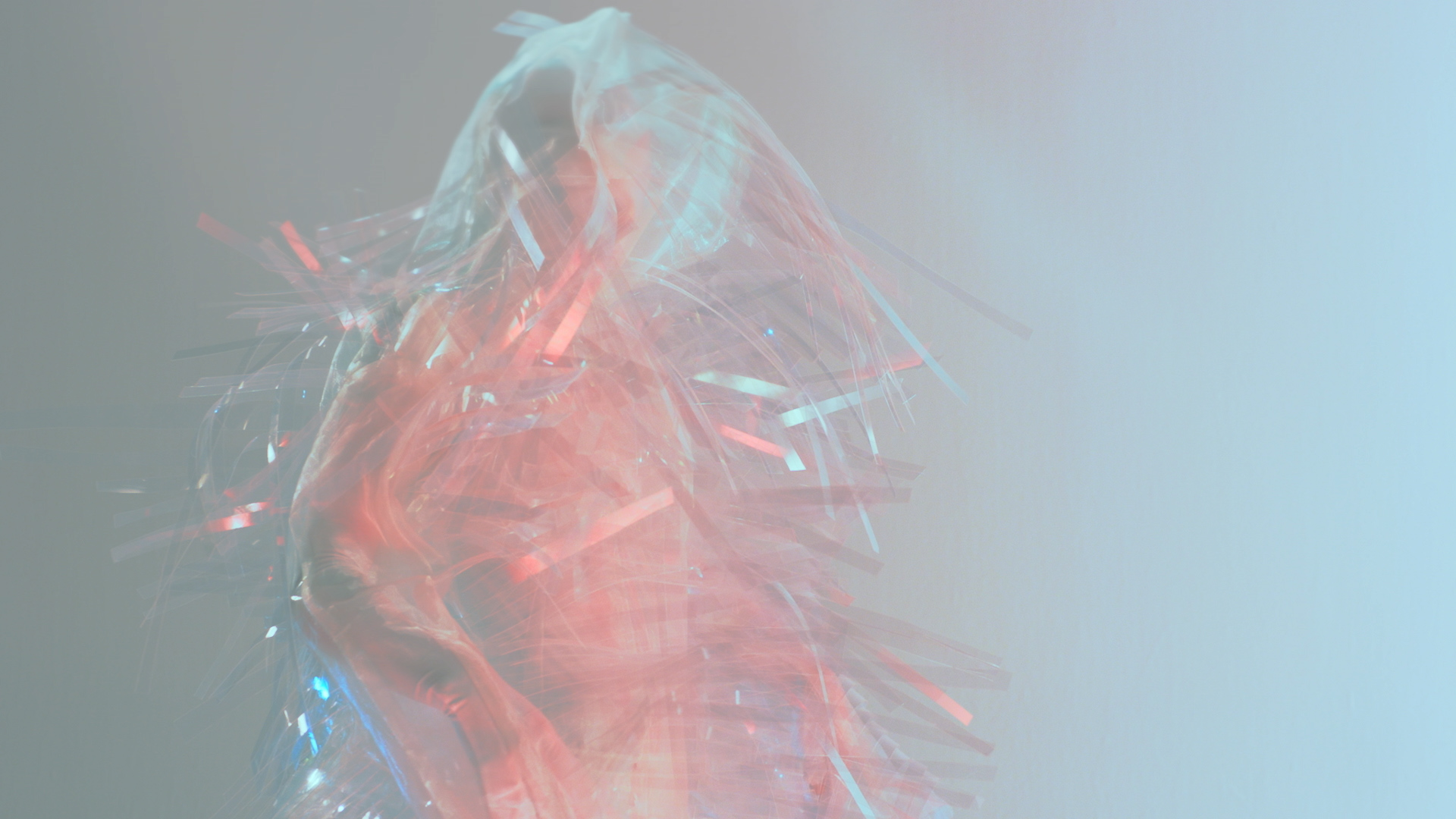 All the works focus on the human body and are literally activated by it. A crucial detail that reverses the dictatorship of the fashion industry. Rethinking fashion by putting the self at the center is a hard renunciation to the instantaneous satisfaction of the click & buy world we've grown accustomed to. But who knows, bit by bit, it may lead us back to the necessary path: finding the right balance with the environment—and with measure of ourselves. 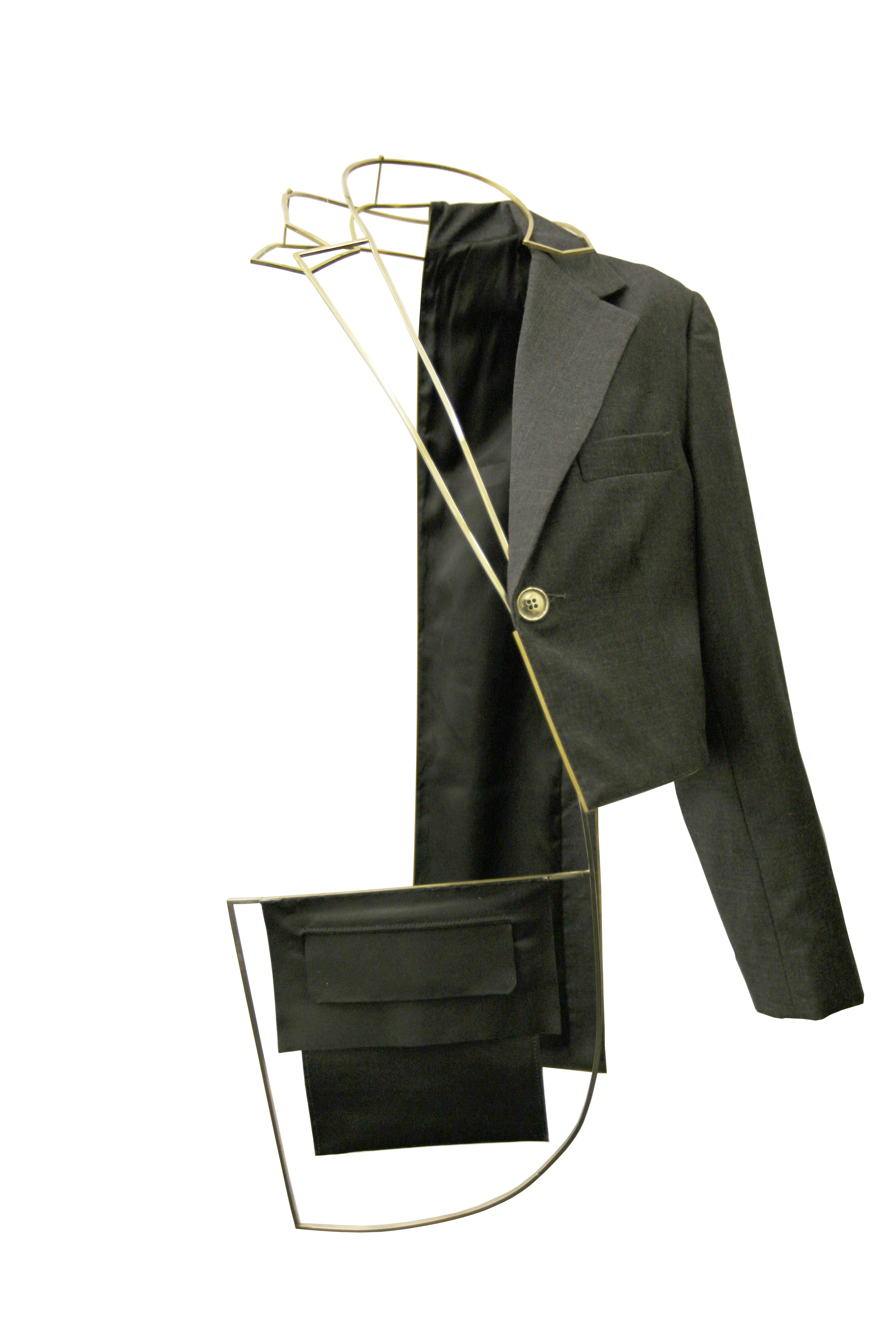