PART OF WHAT MAKES THE NOT JUST A LABEL COMMUNITY SO UNIQUE ARE THE COUNTLESS DESIGNERS THAT HAIL FROM ALL AROUND THE GLOBE. UNDERSTANDING THE IMMEDIATE WORLD OUR DESIGNERS LIVE AND CREATE IN CAN GIVE VALUABLE INSIGHT INTO A PROCESS WE ALL TOIL WITH AND PROVIDE A FRESH LOOK AT INTERESTING PLACES THROUGH THE COMMON LANGUAGE OF FASHION. This month we're going to a city many may know well: New York City. 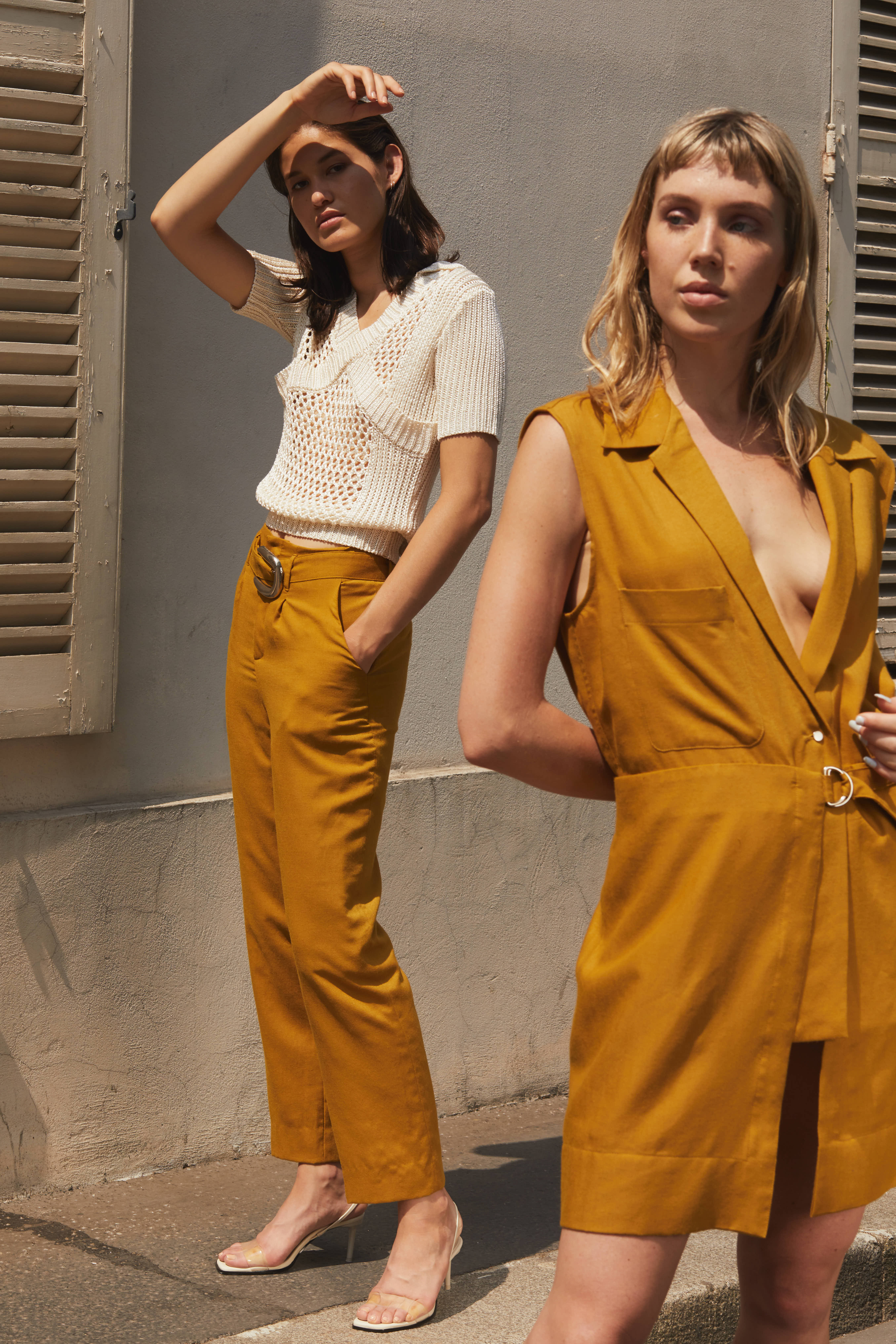 Much of what makes New York City so intoxicating and magnetic is the adaptability and continuous rebirth that it offers up. Not one New Yorker has the same experience or point of view, which makes it the perfect creative playground. We spoke with NOT JUST A LABEL designer Anna Pang, who is behind the label Index Series, to see the city through her own eyes.

Where do you live? How would you describe the creative scene in your city?

I am based in New York City but currently took a year off to live in Paris. As I get ready to move back to New York, I can't help but feel the creative inklings coming forth. The creative scene in New York is so incredibly stimulating. It's full of interesting people from various backgrounds and I always find myself inspired by the people I meet.

How long have you lived there?

Is there a large design community in your city? How do you interact with it?

The design community in New York is quite large since it's home to two well known schools (Parsons and FIT). However, if you've already been working as a designer in New York for a few years, you will find yourself interacting or meeting the same people within the industry. In that sense, the community feels small because you're always within the same circle of designers! But that doesn't mean it's a stagnant space. Not at all. There's so much creative synergy throughout the community and it's impossible to exist in a bubble that's free from any sort of invention or new idea. 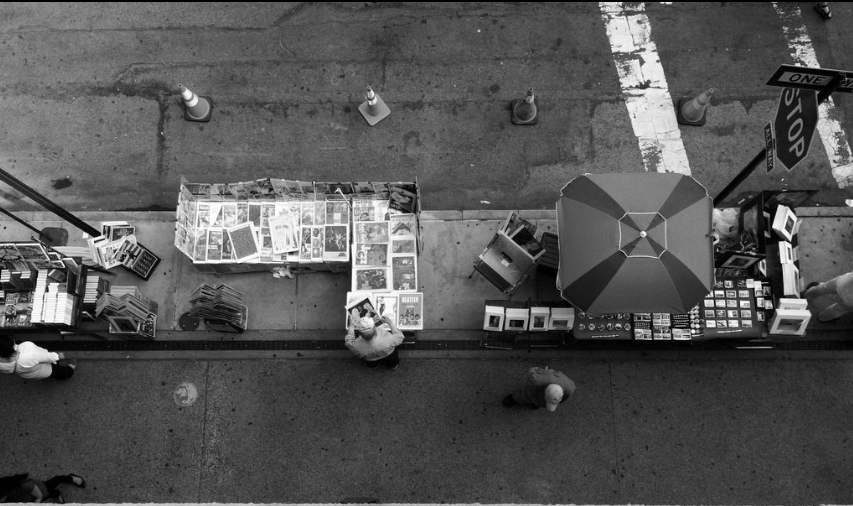 New York City inspires me to strive to be better—be a better designer, a better friend, move to a better apartment. It's a city that holds so much promise and opportunity, and it constantly pushes me to reach new heights.

What makes your city special?

What do you love most about your city?

I love the cultural diversity. It's what makes New York the place that it is. 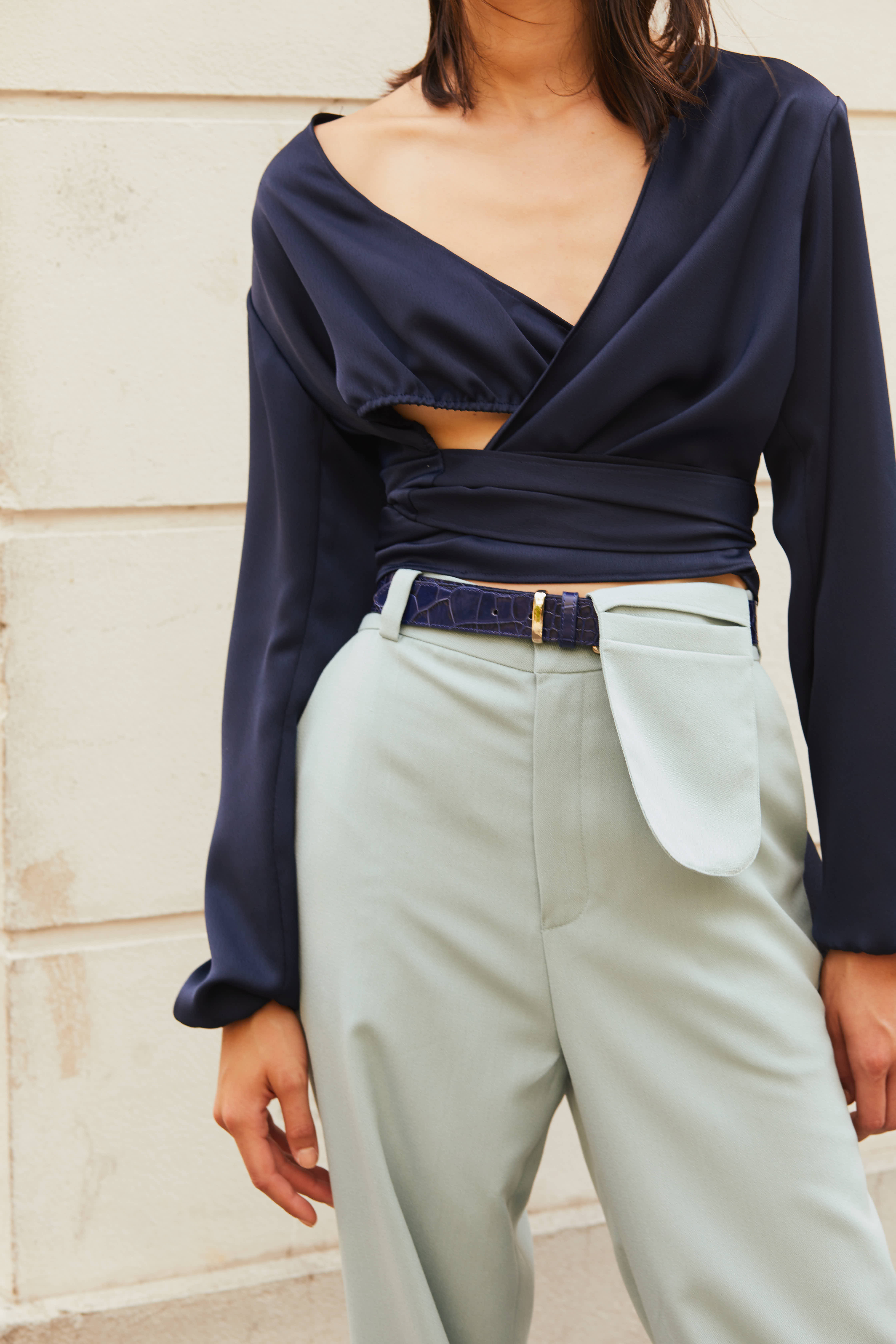 There isn't really a typical day, but normally I spend the morning checking my e-mails while having my breakfast. I like to ease into my work slowly. In the afternoon, I'm usually working in the studio on either sketches or researching inspiration. If I have an idea I haven't quite worked out, I'll head to the garment district to source fabrics and trims and spend the rest of the day there. I do visit my seamstress almost everyday, either planning out my samples or overlooking my production.

What's the biggest misconception people have about your city?

That it's glamorous. Sure, it can be for some, but that's not the typical experience.

How does the culture in your city impact your designs?

I'm constantly inspired by the people around me and NYC's diverse culture, which always challenges me to explore beyond my comfort zone. 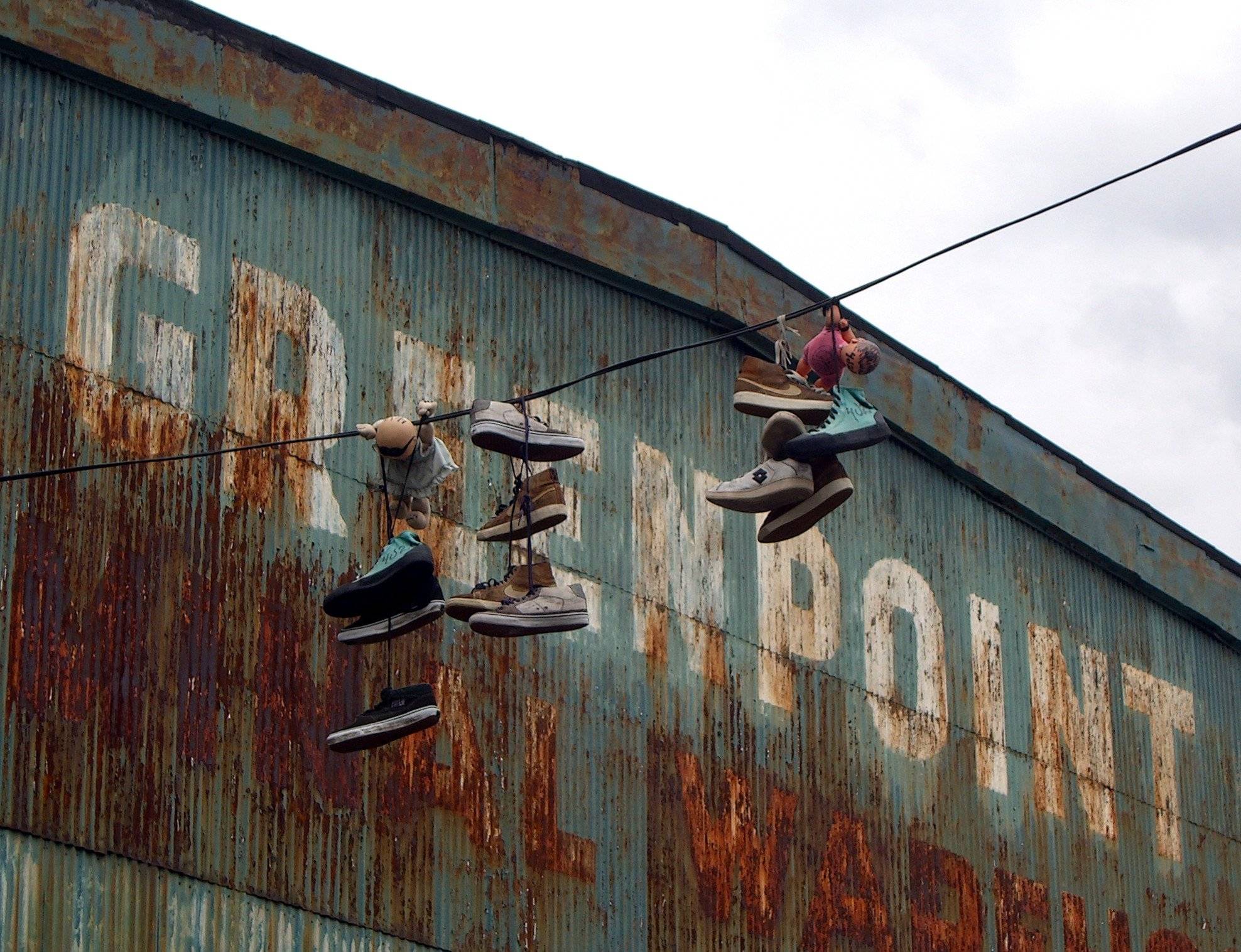 What is your city missing in terms of design and creativity? What does it have that other cities do not?

I think New York City has a lot of creativity, but I also think the business side of things can hinder how much we can express that creativity. When I think about designers like Alexander McQueen, Martin Margiela, Comme des Garçons—I wonder why there aren't any designers in New York City like that. I think we're too afraid to create avant-garde pieces because we think they won't sell. For a city with so much creativity there is also a level of fear of failure that somehow works its way into the collective of creatives.

How has your city changed in the past few years? How have these changes impacted your designs?

New York City is a transient city for many people and as a result there's this flux of designers coming and leaving. That being said, every season I seem to hear of new emerging designers and in that sense, it impacts and influences my designs because I want to stay distinctive. 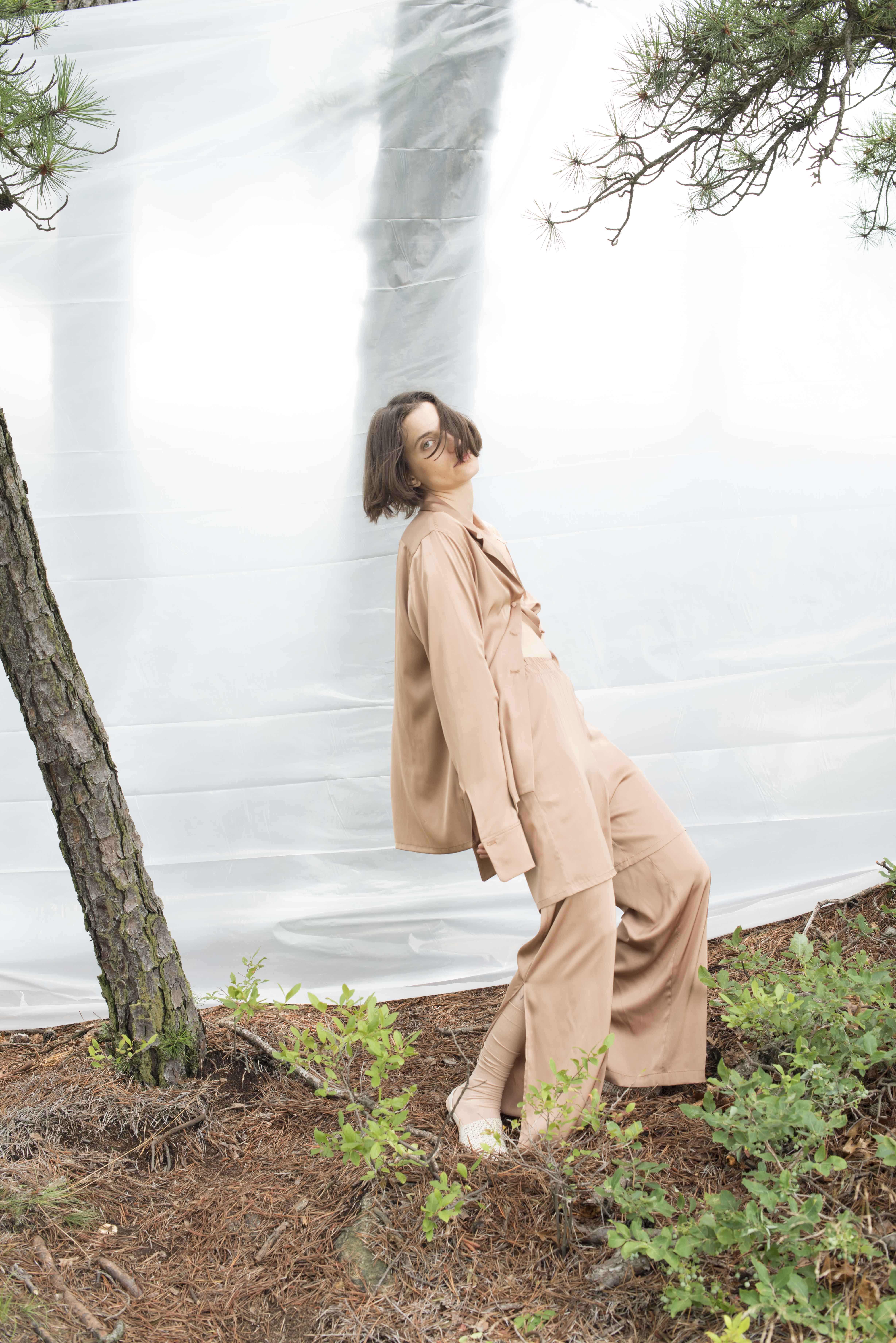 Looking at your business and the changing landscape, will it be sustainable to stay in your city for the long term?

I would like to believe that it's possible because I think there will always be ways to adapt to changing environments. I also believe that businesses don't need to necessarily belong in one city permanently. 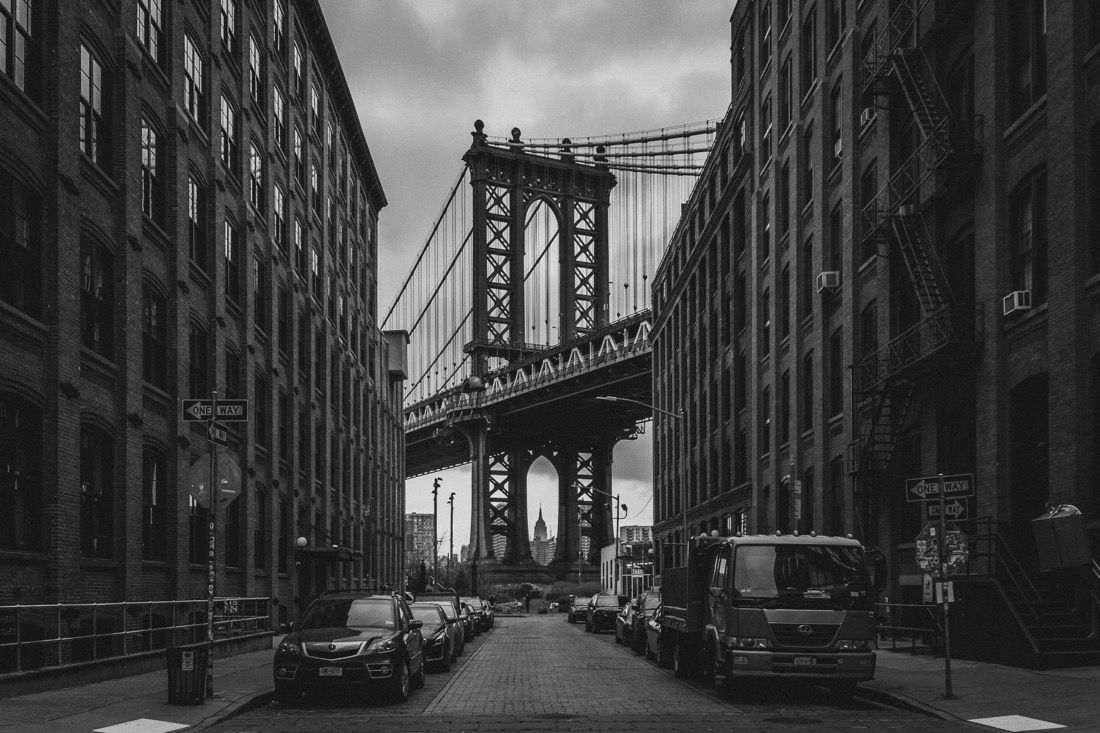 If you left your city tomorrow, where would you go? Would uprooting reshape the way you create and design?

I left New York in January to go to Paris because after being in New York for 6 years, I wanted a change in scenery. So far it's been refreshing to just immerse myself in a different environment. It's influenced the way I design but still staying true to the roots of my brand.

Do you think inspiration is tied to the physicality of a place or is it something greater? How about in your city specifically?

The physicality of a place definitely plays a role in shaping my inspiration. My inspiration for this collection started off in New York when I was sourcing fabrics and trims and it evolved when I was in Paris. However, my inspiration tends to be about a mood or something that I'm longing for, so that more or less determines the starting point for my collection.