THROUGH THE DESIGNER'S EYES: Moscow

PART OF WHAT MAKES THE NOT JUST A LABEL COMMUNITY SO UNIQUE ARE THE COUNTLESS DESIGNERS THAT HAIL FROM ALL AROUND THE GLOBE. UNDERSTANDING THE IMMEDIATE WORLD OUR DESIGNERS LIVE AND CREATE IN CAN GIVE VALUABLE INSIGHT INTO A PROCESS WE ALL TOIL WITH AND PROVIDE A FRESH LOOK AT INTERESTING PLACES THROUGH THE COMMON LANGUAGE OF FASHION. We spoke with Moscow-based NJAL designer Marria Roslova who is behind the label RAKSHAMASHA about her city and her creative process within it. 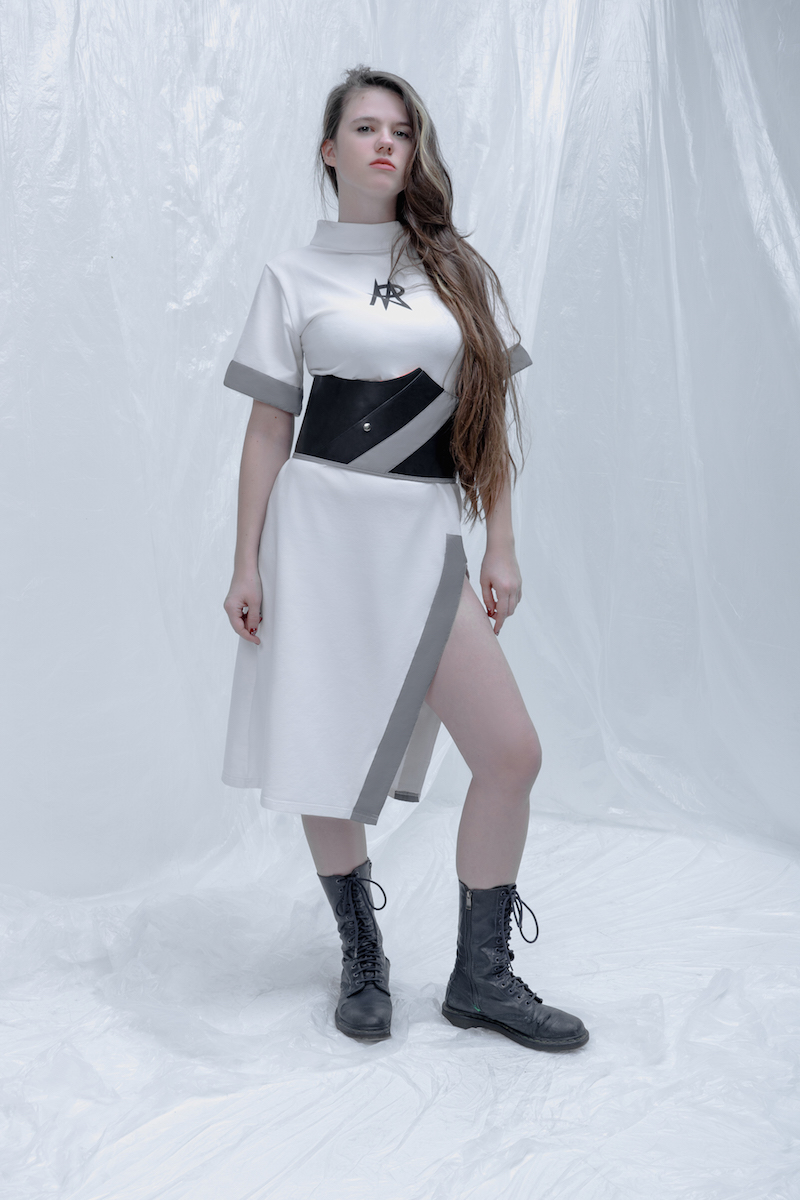 Where do you live? How would you describe the creative scene in your city?

I lived in Moscow most of my life, this is where I was born and raised. The creative scene is very much alive and gets pretty wild at times.

How long have you lived there?

I was permanently based in Moscow until the age of 17, when I moved to London to study, but came back periodically. I was only away properly when I lived in Asia for three years and now I am back. I would say 24 years in total.

Is there a large design community in your city? How do you interact with it?

There is quite a few big design communities in Moscow. The largest one is the artists, who get together at most gallery openings and exhibition previews to drink free booze and debate on the destiny of Russian culture. The fashion community is relatively small, especially when you talk about young unconventional designers: they get very little support from the government or the private sector. We get together at pop-ups, fashion shows and parties as well as certain trendy bars and techno clubs. 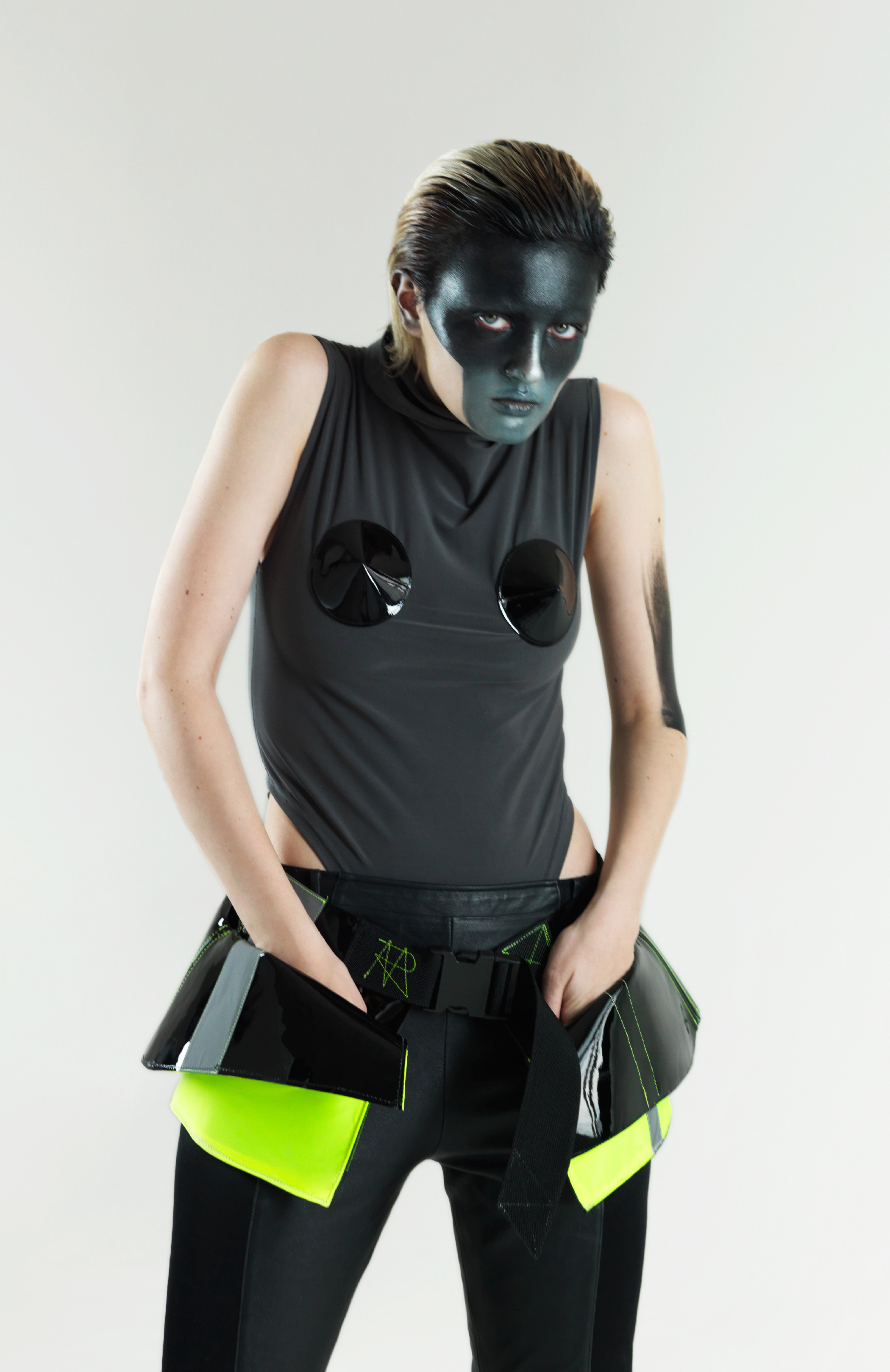 Moscow is a lot like Gotham City: the architecture at night plus the kind people full of hope in a dark world of toxic politics. There is a spirit of oppression, yet hope for a still achievable bright future. This influences my work profoundly.

What are the must-sees and must-dos for visitors?

There are three distinctive eras you can get a feel of: pre-communist, communist and modern. Most XII-XVI century architectural complexes like Kolomenskoye, Izmaylovo and Arkhangelskoye are outside the centre, these are royal residences with beautiful parks and luscious interiors. Take a stroll down the boulevard ring and it's side-streets to see some XVI-XIX century houses as well as huge constructivist buildings like TASS and Poushkinsky cinema. There are some outstanding Modern, Art Nouveau and Art Deco buildings around Arbat street. Moscow underground is a must: mesmerizing mosaics and monumental sculptures, try all of the circle line, Plashad' revolutsii (Revolution square), Mayakovskaya. Contemporary architecture in Moscow is terrible, but head down to the old communist factories turned culture clusters like Red October (Krasny Oktyabr'), Khlebzavod or Vinzavod to see contemporary art, eat hipster foods and party.

What makes your city special?

Entrepreneurship. When the system is corrupt anything is possible. 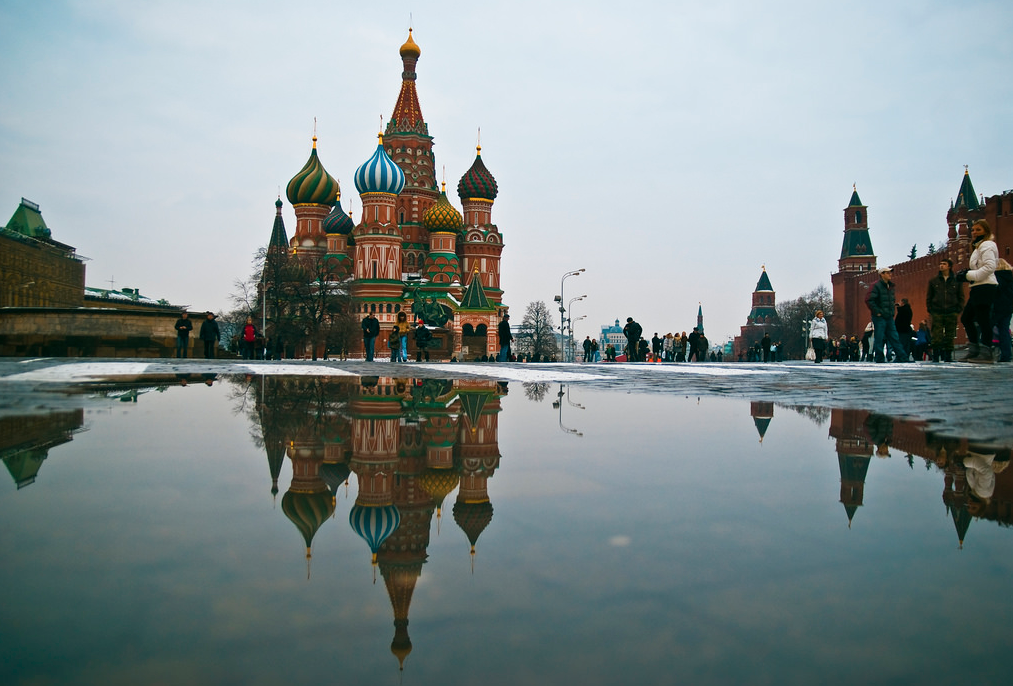 What do you love most about your city?

Sunsets and sunrises within each one of the four very distinct seasons.

I work from my studio, but travel around distant industrial areas for fabrics and tools. I enjoy checking out the exhibition openings that frequent almost every week and the new wine bars popping up all across the city. Also I am a huge techno head always on the look out for some location parties (in abandoned mansions or bunkers) and illegal raves. 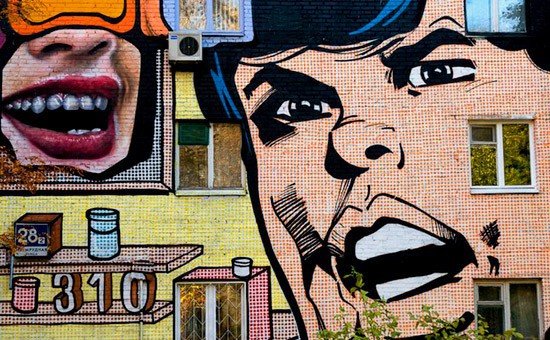 Where is the best place to stay? Eat, drink, and decompress?

It is best to stay within the Sadovoe ring so you are short distance from anywhere. There's plenty of great places to eat- check out Gastroferma (food stalls with various world cuisines), Ceviceria and Tartaria (specialized on dishes accordingly with a great view on the river), Varenichnaya N1 for some cheap Russian cuisine, Soviet atmosphere and a glance at Russia's drunken lower middle class.

Explore the underground scene that thrives but blooms on the verge of laws and strict authoritarian control—Propaganda (one of ye oldest techno clubs), Chateau de Fantomas is my absolute favorite when the summer roof terrace is open with a view on the river, Gazgolder brings great foreign DJs, Squat 3/4 (old bath house right across the road from Kremlin often shut down by the authorities). 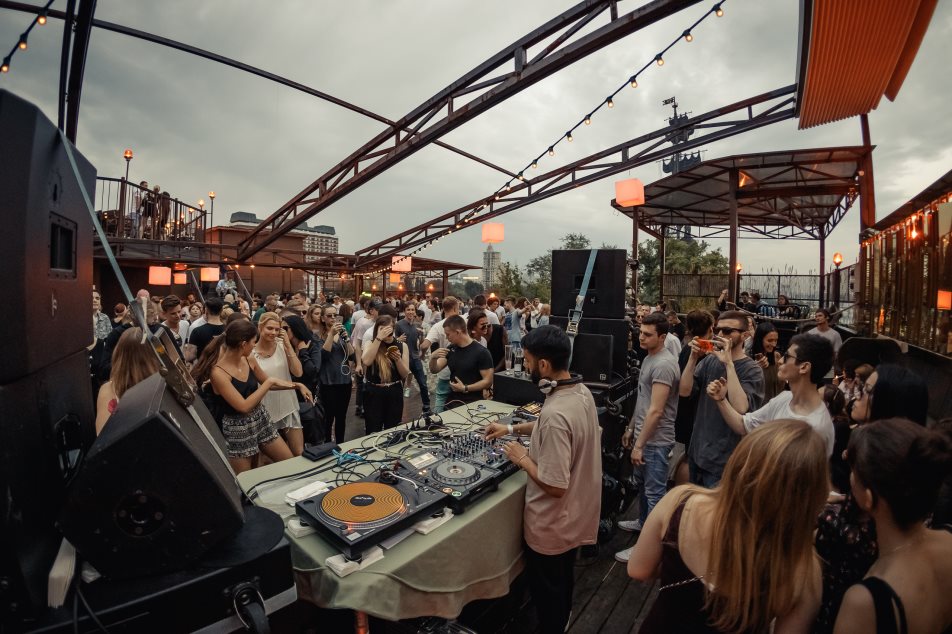 What's the biggest misconception people have about your city?

Racism. People forget that The Soviet Union was very advanced on issues like gender and race equality. There are huge communities of not only post USSR nationals like Georgians and Uzbeks, but also Vietnamese, Koreans, Indians, Pakistani and many more. Numerous nations come to Moscow for education and it is common to see situations like an African student giving out flyers near a tube station. Of course there is racism and bigotry present like in any other country, but you are unlikely to come across it in Moscow.

Do you manufacture your clothes in your city? If no, why not?

I manufacture some of my designs in Moscow and it is quite difficult due to the drastic lack of support from the government. Soviet Union used to have a well developed textile industry, but it has been run down. Currently there are scarcely any knowledgable pattern cutters and even fewer factories willing to do small batches. Because of my experimental design and sustainable business model I have to work with what is available to have proper control of the product.

What is your city missing in terms of design and creativity? What does it have that other cities do not?

There has to be full freedom of speech and governmental support for culture to flourish. On the other hand lack of those things sparkles more extreme creative practices and gives birth to activist artists like Pavlensky and Pussy Riot. 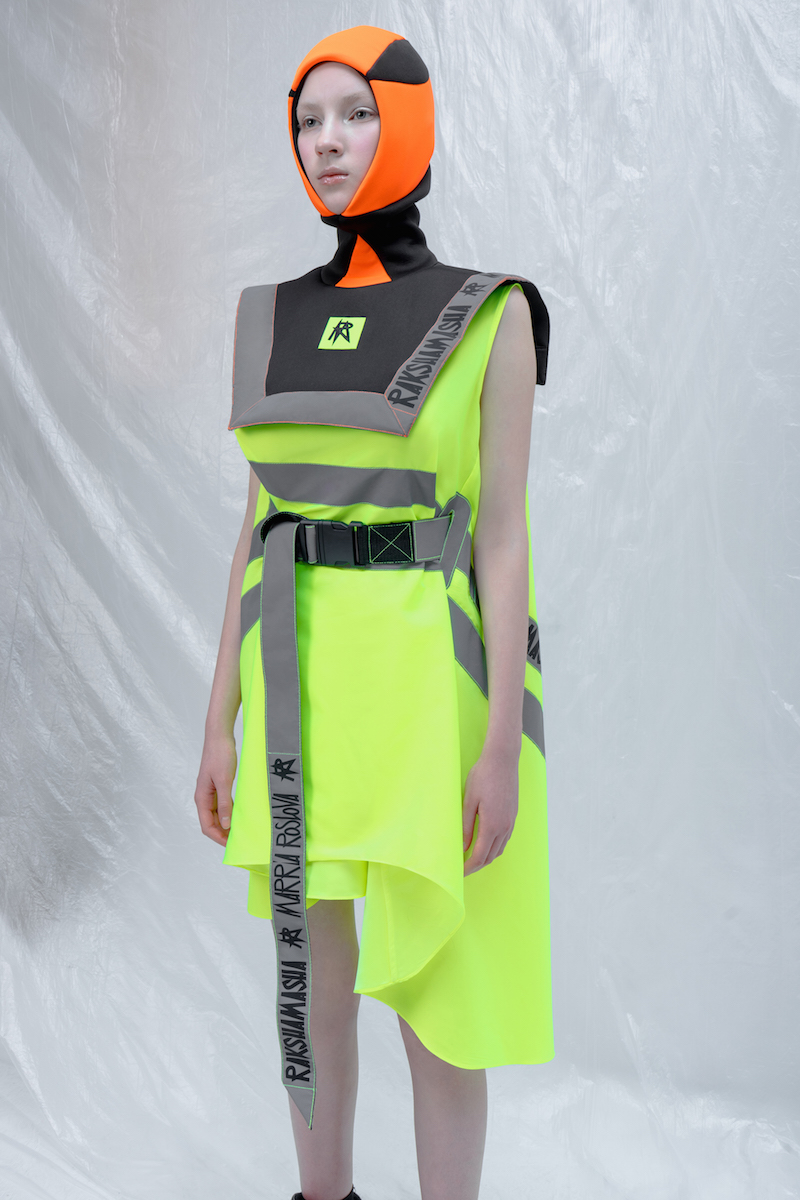 How does the fashion scene function within your local culture?

Traditional costume interpretations is a sure way to get the government's and oligarkhs' attention, but it got very boring long time ago. There are the same designers showing the same collections to the same people with a small exception. The fashion week is not as much of an industry event as it is entertainment for the celebs and the riches. Last time I went was in the autumn and saw the most ridiculous scenario: plenty of young people with eye-catching street style outside and 50 year old "street style photographers" paying no attention to them while taking plenty of pictures of oligarkh wives coming out of Maybachs. It is getting a little better with initiatives like Futurum coming up that offer exposure to young designers, but still no financial support.

How has your city changed in the past few years? How have these changes impacted your designs?

Things got better after The USSR collapsed and people have been exposed to international arts and fashion long enough to develop good taste. At this stage there are some outstanding artists and designers with their own aesthetic and innovation. Unfortunately, Russia's politics are heading down the road of isolation and I am afraid it is going to have extremely negative effect on our creativity. 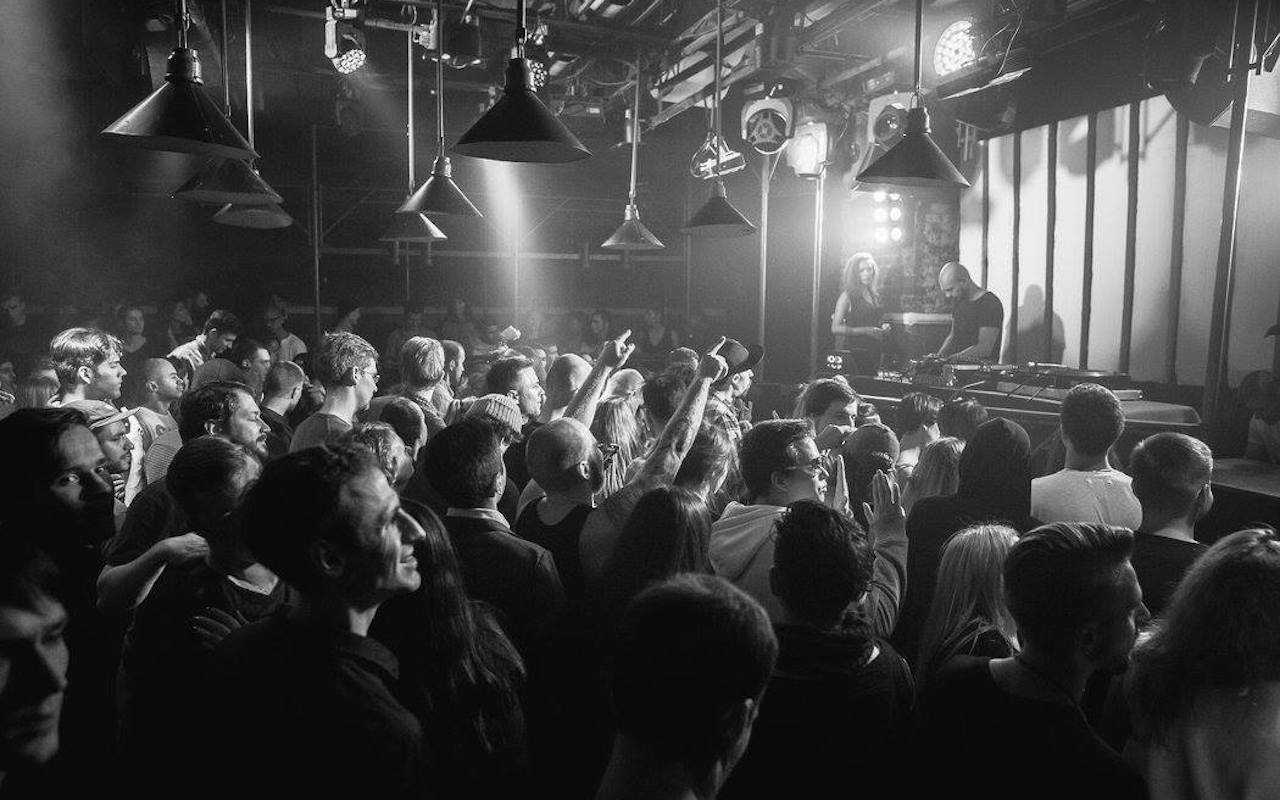 Looking at your business and the changing landscape, will it be sustainable to stay in your city for the long term?

It is challenging to sell original design in Moscow, where it is all about conventional luxury. I am currently based in between Moscow and London, where the demand for creative styles is much higher.

If you left your city tomorrow, where would you go? Would uprooting reshape the way you create and design?

Paris or London—the centers of avant-garde design. It would probably slightly change my design, because of the variety of materials and services available.

Do you think inspiration is tied to the physicality of a place or is it something greater? How about in your city specifically?

I get a lot of inspiration from materials and techniques, in this matter the location makes a difference. However, the main source of inspiration is my message about consciousness and the power of expression which will remain the same wherever I am. In Moscow the message comes out strong, because it is so necessary and relevant.