Make no mistake, wearable tech is ready to break free from the genre of ugly that's held it captive for far too long. More recently, there's been a holistic morphing of technology and aesthetics to catalyse the potential of wearable tech innovation and drive real social change. NJAL investigates how technology can advance sustainability in fashion while also closing the gender gap in the engineering sector.

Maybe we should blame it on Barbarella–the 60s sci-fi heroine and inter galactic sex kitten who was an emblem of the future in her array of miniscule, metallic ensembles. Jean Paul Gaultier followed suit in 1997 when he designed the near-future costumes for 'Fifth Element'. A futurist vision of fashion seems to always be a kaleidoscopic mash-up of chrome, computers and carnality. If one of fashion’s biggest mavericks couldn’t resist this ineluctable vision of future fashion, then how can we blame the early pioneers of wearable technology? In recent years, we’ve seen the birth of Google Glass, and Durex’s controversial Fundawear (vibrating underwear), along with a slew of other garments that look as though they've been pillaged from the costume department of Forbidden Planet. Google Glass’ recent demise only serves to highlight the tech sector’s need to embrace form and function on equal plane.

Yet 2014 unveiled another dimension to wearable technology’s in-vogue moment where it began an unlikely but fecund affair with environmentalism. Wearable tech ceased to be merely technology for technology’s sake, and became grounded in finding real world solutions for real world problems. 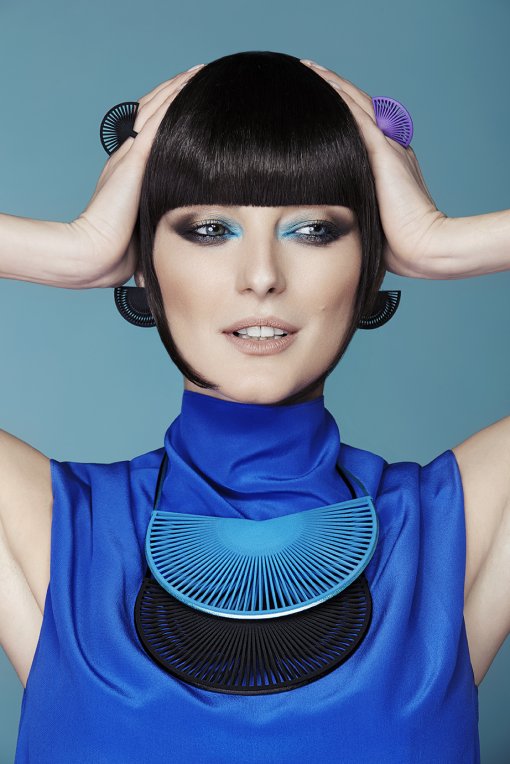 Energy harvesting became a recurring theme in the discourse of new sustainability-centred wearable tech. Meg Grant, one of the pioneers behind Solar Fibre, a flexible fibre capable of converting sunlight into energy, is such an ardent believer in the ‘game-changing’ power of this nascent technology, that she and her team reject stringent copyright in favour of leaving it open source. Grant implores the adoption of Solar Fibre in such a matter-of-fact way that suggests it would be almost shameful not to, “textiles already cover so many surfaces, why not give them a super power that can take advantage of this?” From a purely aesthetic point of view, what makes Solar Fibre so remarkable is its subtlety. One black mini dress prototype, featuring Solar Fibre straps, is practically reminiscent of Christopher Kane’s Bardot stripe bodycon dress.

However, this emphasis on fashion does sacrifice function; Grant admits that the amount of energy generated is tiny. Pauline Van Dongen, a designer working with more conspicuous solar textiles, creates clothing that gives her customers the ability to charge their personal electronic devices on the go. The single coat and dress that make up her Wearable Solar collection lack the understated elegance of Grant’s Solar Fibre pieces, but Van Dongen praises her designs as a prodigious answer to “our increasing demand for energy and connectivity”.

Generating sustainable energy takes on global significance in the hands of Brooklyn-based designer Damon Ahola. His project Harvest, involves harvesting kinetic energy from clothing and footwear via a rechargeable lithium battery placed in pockets or shoe soles. This energy would then be uploaded into an energy bank, where it would be at the disposal of an approved selection of charitable organisations. Harvest could become an unprecedented agent for social change worldwide; but since the project is still in development, these idealistic hopes are little more than conjecture. Furthermore, the magnitude of creating a global energy bank means the project would have to be sufficiently safeguarded from abuses of power before it could ever be put in place. In addition, before we renounce wall plugs in favour of solar powered pockets, it’s important to bear in mind that we are in the middle of a rare metal earth shortage, and that millions of tonnes of electronic waste already fill e-dumps worldwide. So what are the alternatives? 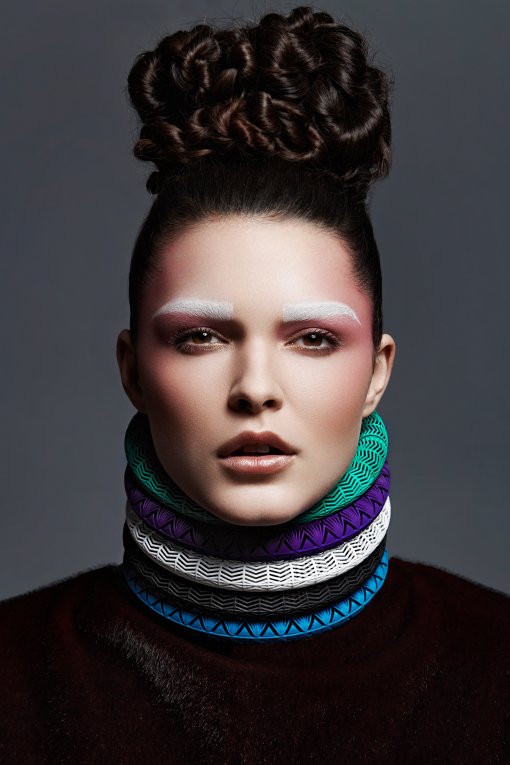 Last year the sophistication of 3D Printing continued to grow, in tandem with the list of printable materials. 3D printed clothes, shoes, and accessories have environmental kudos due to their zero-waste production. Fashion designer Mari Kussman, co-founder of CRATED, a project which aims to transform fashion manufacturing, says she was first inspired to experiment with 3D printing to create jewellery which replicated intricate patterns found in nature. Wary of being wasteful, she said it “didn’t feel right not to try a zero-waste approach”. NJAL’s own jewellery designer Heather Snowden, of VOJD Studios, echoes this praise for the medium’s environmental friendliness, but also its ability to create, “complex geometries, which are impossible, or too difficult and expensive to be made by hand”.

Despite the promising potential of the medium, it is going to be a long time before the printer replaces the high street. The most frequently cited drawback of working with 3D printing, and the reason it tends to be the reserve of jewellery designers, is the materiality of the end result. Iris Van Herpen, who debuted 3D-printed dresses at Paris Fashion Week in 2013, said they felt “like a brick when compared with cotton or wool.” Whereas Electroloom, a team of 3D printers based in San Francisco, complained that their prototype fabrics and garments were too wispy to withstand frequent wear.

In spite of its infancy and unrealised potential, 3D printing is already in danger of becoming passé. The death bell tolled last year when two MIT graduates quite literally added another dimension. Jessica Rosenkrantz and Jesse Louis-Rosenberg, aka Nervous System, used their combined knowledge of architecture, math and science to create the world’s first 4D dress which was swiftly acquired by MOMA. The dress is a “perfect fit to the body,” as the wearer’s body is scanned before the design is made and the print begun. The design is basically a 3D print, comprised of thousands of little triangles, which causes the entire thing to fold out, creating the 4th dimension. Nervous System do not identify as designers, and similarly, they do not consider their dress to be a product of fashion. Being initiated into the canon of art and design might be the end goal for some, but for Nervous System, “this is just the beginning.” The girls are eager to continue to their work, which they say is motivated by ‘”harnessing computational power and new fabrication methods and placing that in the hands of the people”. 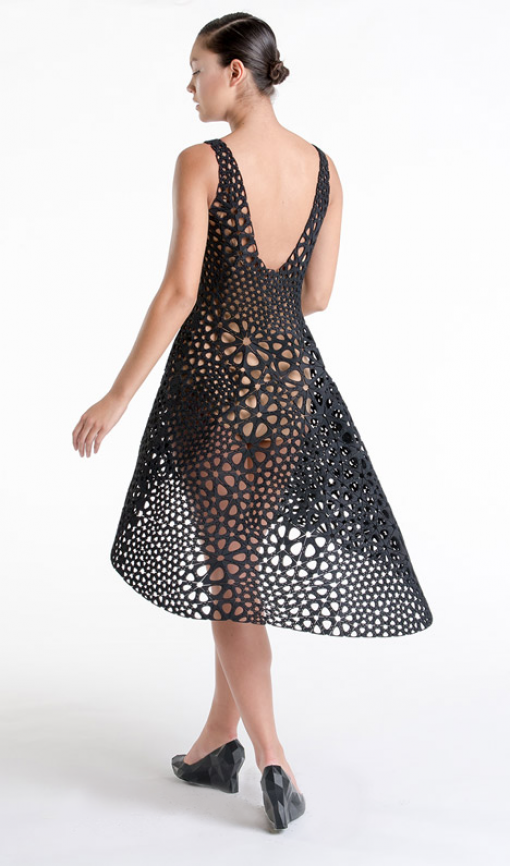 At the crux of all these disparate innovations, is a desire to enable regular people to be creators of everything from energy to clothing. This Marxist tinged ideal is intended to increase the transparency of the supply chain, put an end to inhumane working conditions, and return to a level of customisation not seen since before the advent of ready-to-wear. But how realistic is all of this?

Nervous System view their dress as the first step towards a level of customisation that is currently the sole reserve of luxury fashion houses–a 4D version of 2014’s ubiquitous monogrammed Burberry shawl. NJAL's VOJD Studios agree that part of the allure of 3D printing is that it lends itself to customisation, and customers often approach them for one-of-a-kind pieces. The idealistic claims it makes for the future are inspiring, but the bottom line is Nervous System’s 4D dress cost $4,000 dollars to make. Not only do the majority of people not have handy access to a 3D printer; they also don’t tend to have a couple of thousand pounds to spend to spend on materials.

There is no doubt that this technology has a bright future, but it is going to be a long time before it supersedes conventional clothing and manufacturing. What is crucial right now is that we encourage young women to master these new computer programs, machines, so that when they do become more widespread, the gender imbalance that's so deeply ingrained in the worlds of both tech and fashion can be corrected. It's also logical to have women at the helms of particular technologies that are trying to understand the female body because they actually know what they’re working with? Beyond it’s sustainable potential, wearable technology has the capacity to redress some key social uses. Why not make gender equality our main objective for a techno-fashion future? 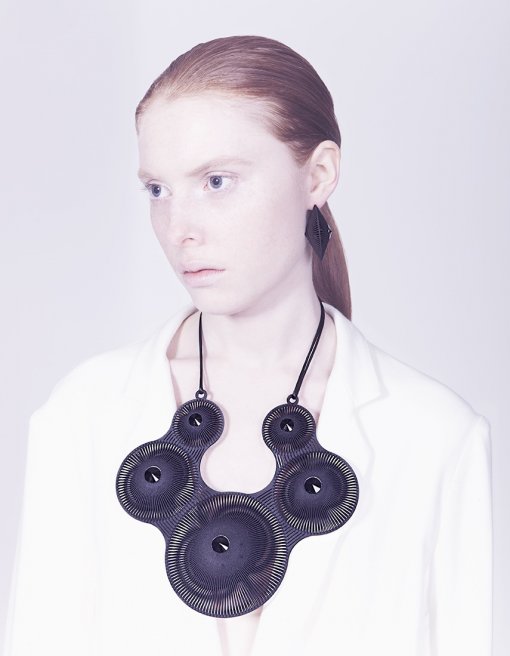