The trend forecasting industry remains a relatively new phenomenon and the now unloveable terms ‘trendsetter’ and ‘trendy’ were not even coined until 1960 and 1962 respectively. Despite its infancy, there is one overlord who leads the guard in astutely packaging prophetic thoughts, and that’s Li Edelkoort. Following Li Edelkoort’s masterclass at NJAL’s multi-sensory pavilion at d3, it’s a timely moment to examine the significance of trend watching with the most influential trend forecaster today and her journey to becoming the industry’s certified tastemaker.

Fortune telling has existed for centuries, but the art of trend forecasting is an infant in comparison. It relies on more than an innate feeling, and rather it’s a systematic analysis of compiled observations that leads to identifying a trend. The term began to be used more generally in the 19th century to refer to the way in which things changed over time. The textile industry was the first to adopt the term in order refer to changes in design styles. However, its widespread use only came after the 1960s–breaking out from the confines of the scientific and commercial worlds, and the public alike began to identify with the term.

Today, the trend forecasting industry is a burgeoning beast, and it recently acquired a value of £36 billion and almost every blue-chip company wants in. There’s one particular modern-day soothsayer who comfortably claims the lauded title of the world’s most influential fashion forecaster and that's Li Edelkoort. Born in the Netherlands in 1950 and based in Paris, Edelkoort advises fashion companies and consumer brands around the world. In 2003, Time magazine named her one of the 25 most influential people in fashion and she also was director of Design Academy Eindhoven from 1998 to 2008.

It’s been an interesting journey for Li Edelkoort, whose expertise in re-shaping consumer tastes across several industries can’t be underestimated. Edelkoort says “trend forecasting is much like archaeology but to the future”, and such a statement refers to the importance of recording and refining information. From predicting the growing importance of white and nudging Estée Lauder to launch a skincare product based on milk to inspiring Nisan to launch five cars in acid-bright hues in Japan–her insight and intuition has become an invaluable tool in capturing imagination and relies entirely on absorbing and distilling everything in contact with the human sensorium. All of us have the tools to do it, yet it requires a delicate balance of creativity and pragmatics to distill curiosity into certain conviction. In NJAL’s exclusive interview with Li Edelkoort–the trailblazer of future-forecasting charts her journey to the top and elaborates on exactly why she announced fashion as obsolete. 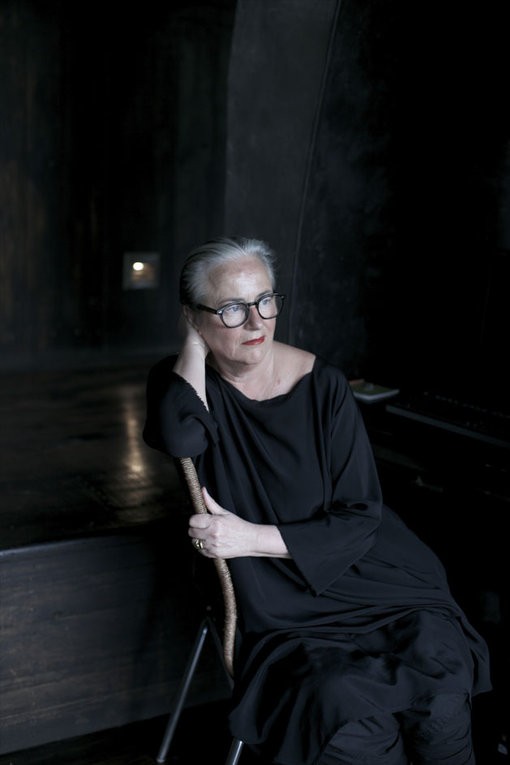 Tell us about how you became a trend forecaster?

It started with a fashion design competition in a Dutch newspaper to “create a new carnival design”. It was in my early student years and I submitted a rather fashionable design; a skirt was worn over a pair of shorts, and it was a very new and avant-garde look for that time. The organisers gave me a special mention since that season, fashion shows in Paris all showed the same concept as I had designed. They wondered how could this kid in the middle of nowhere have known what Paris is showing! In the early years of my career after art school, I was a buyer for the womenswear department of a famous Dutch department store, de Bijenkorf. I somehow always knew what customers were going to buy. Soon after, I moved to Paris and entered the trend forecasting industry; at first with Mafia and later with Nelly Rodi, both of whom inspired my future.

You state ‘trend forecasting is like archeology but to the future’, can you please elaborate on this?

I use the same methods as archeologists who dig into a site. They are able to find small fragments of our past and with the information they find, they can construct how people would have lived; what food they were eating, what clothes they were wearing, about hierarchy in society and ritual celebrations. I do the same thing, only that I dig into the future, tracking the zeitgeist of tomorrow. When I have enough fragments, I connect them with each other and a new trend emerges.

At Design Indaba 2015, you fired a broadside at the fashion industry by declaring it as dead. Is the loss of a real relationship with fashion painful for you?

Absolutely. I love fashion myself. It’s not easy for me to say fashion is over the way we previously knew it, and that it’s old-fashioned. In my work, I sometimes have to say things, which are not coming from a personal preference; I’m only the messenger. This statement is part of my new Trend Union forecast about the future of the industry, one in which I feel we will focus our attention on garment-making and say goodbye to current marketing attitudes. This is a strategic statement that is available in my trend book and is used by companies to plan for tomorrow. 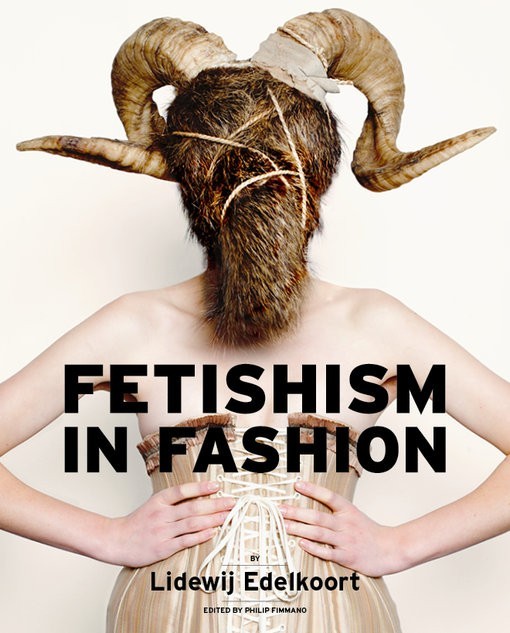 Though fashion has lost touch with the world, and what people want–it also proliferates mainstream society like never before in large part due to the Internet. Mass-culture is permeated by fashion and this cross-pollination consumes all our faculties. How do you think fashion has changed since the Internet?

Clients always tell me how afraid they are of the impact of the Internet and online shopping. But I’m convinced that we are living in a moment where off-line can’t survive without online and the other way around. Online needs off-line and this will always be the case. Since the late 1990s, I have forecast that the more digital we become, the more tactile our fingers will be, and this is why textiles and materials have become so three-dimensional today.

Are there any new materials that are being co-opted into future fashion that you’re particularly excited about?

We have never seen such an enormous impact of active wear on fashion as we see now. In Asia, entire department store floors are now dedicated to active wear brands. Famous designers are embracing smart textiles, sports gear, backpacks, sneakers and more. Fabric developers are mixing design with science, looking at more bio-technical ways to create fabrics and garments. So much so, that I recently started a trend book specifically about active wear trends for menswear and womenswear.

Is the fashion topography changing with the rise of emerging economies and can these markets (who have been typecast as consumers of fashion) deliver their own niche fashion perspective to the global stage?

I strongly believe in the growing importance of the southern hemisphere, including on its border the Gulf and South Asia. This is also why I was pleased launch Edelkoort Arabia in Dubai to cater to their needs (edelkoortarabia.com). These southern countries were used to copying trends from Europe and America and felt like they were a season behind the rest of the world. When I travel to countries such as Brazil, South Africa, Australia and India, I sense huge potential and now tell my clients there to pretend they are a season ahead. From food and lifestyle to summer fashions, this region has the capacity to influence global style from a local perspective. 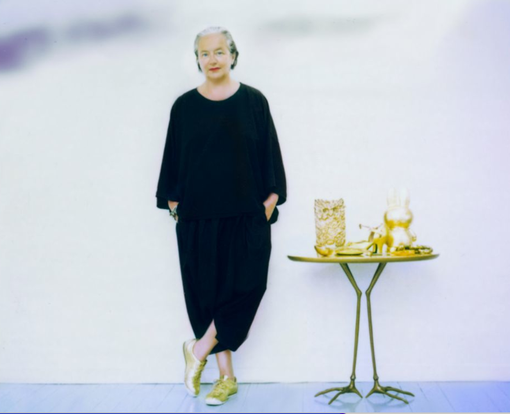 Yes, it’s a perfect timing. Social media has proven that people want to critique, vote and debate. My anti-fashion statements have ignited a lot of discussion online and in the press, so I’m excited about this spring’s conference tour to present these trends in different markets. Fashion is in dire need of change and therefore some serious reflection.

You’ve predicted the comeback of couture. Do you think this could reshape how mass society conceptualises fashion?

This exodus of fashion will change the landscape of what is the culture of clothes. My hunch is that we will see the comeback of couture as a major benefit. After all, it is in the atelier of couture that we will find the laboratory of this labor of love. Suddenly the profession of couturier will become coveted and the exclusive way of crafting couture will be inspiring all others. Perhaps ultimately leading to the selling of patterns to the department stores, just like the previous arrival of prêt-à-porter. Making history turn round and inspiring people to understand that making their own customised clothes is possible again, in various forms and at any price-point.

You’ve previously said that fashion is insular and is placing itself outside of society. Has it lost touch with what’s going on in society?

Absolutely. In my anti-fashion manifesto, I explain in ten reasons why the current fashion system is obsolete. From education to marketing, production and journalism, fashion doesn’t correlate with who we are anymore, while other industries such as design and communication have kept up with the times. Change can come but we first have to admit that the whole situation is rather ridiculous. Once we agree and there is consensus, there will be possibilities for new and exciting ways of enjoying the way we dress ourselves. In my new trend book, I give some direction to start celebrating actual clothes again. 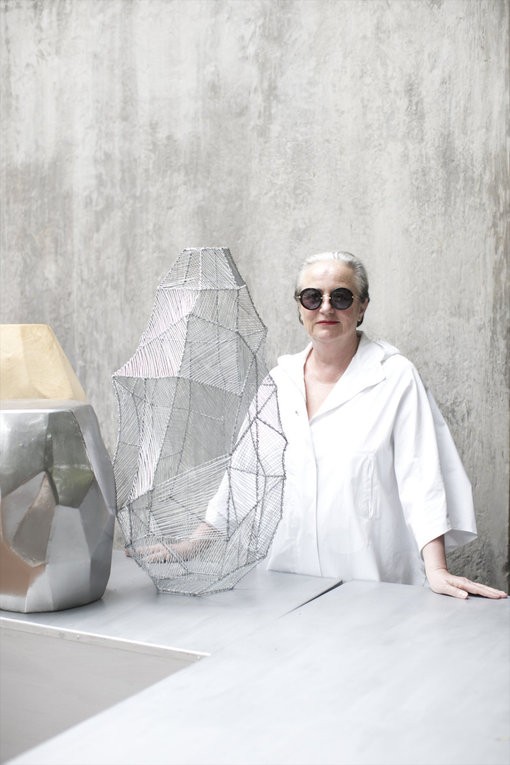 If forecasting is about spotting subtle signs of change, filtering them and giving them a name–then what advice do you have for bourgeoning tastemakers today?

It’s about a definite point of view. Everyone is nowadays very well informed about style. I even wonder whether we can still speak of one avant-garde class. I’m amazed by the knowledge of style within everyday households and fashion is not even aware of this social intelligence. Consumers are curating their own wardrobe and they don’t need to be told what sets to buy in order to look good. So everyone, has in fact, become a tastemaker. People need to be informed about textiles and that thro-away fashions are not sustainable. They should be themselves and enjoy garments, swap them, upcycle them or try to shop for magical pieces that move them.

What are the problems with fashion education in 2015?

The lack of textile awareness is one challenge; the false illusion that all students will become catwalk designers is another. Accepting students on financial grounds instead of artistic merit is another problem. Garment design is an industrial design profession and so we should embrace better designers of fashion products of quality and fair trade.

Society, and it’s longing to be together instead of alone. Students work together in art and design schools and even after graduation they stay in couples and teams. We’re done with individualism where it’s all about me, me and me. People are ready to gather together and share ideas, talents, skills and experiences. A move towards more humanity is inspiring me right now.