The Stylistic Story of the Waldorf Astoria

NJAL is launching its New York City flagship this holiday season, showcasing the very best of luxury fashion produced inside the city's five boroughs at the iconic Waldorf Astoria. It seems an apt moment to turn the lens on this landmark institution, and today NJAL charts the winding stylistic history of the Waldorf Astoria in the endless tale of New York City. 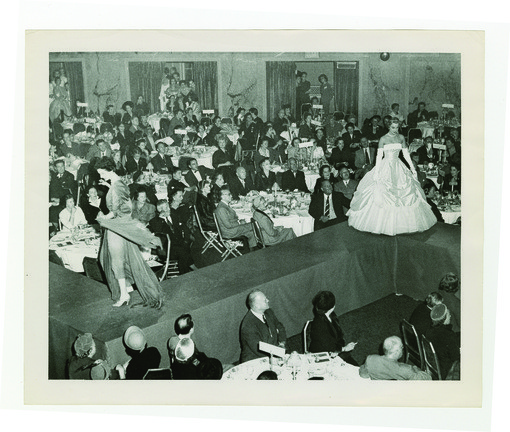 The Waldorf Astoria New York is a glittering art-deco artefact, and a jewel in New York City’s crown of landmarks. Similarly, fashion is an essential industry for New York City’s lifeblood today, and curiously enough, the Waldorf Astoria has a key part to play in fashion’s historic formation through its firm grip on cultural life in New York City. This illustrious hotel is known for catalysing the very notion of glamour and grandeur as we know it today, as well as being credited as the birthplace of iconic culinary inventions that have changed the world, and its stylistic story spans two centuries. 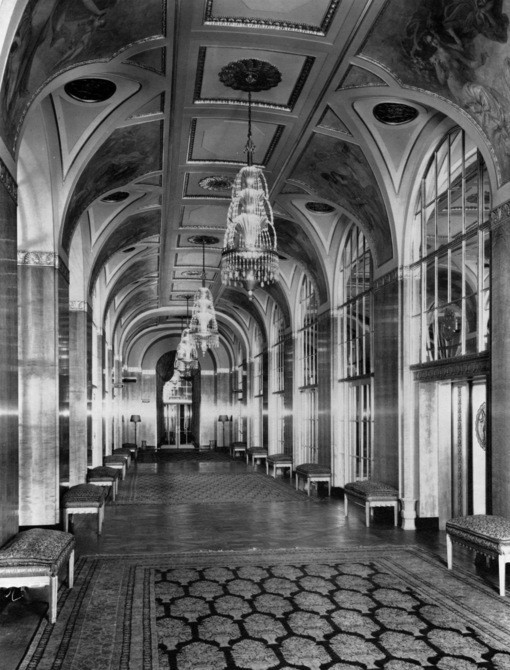 For more than 100 years, the Waldorf-Astoria has reigned as the queen of hospitality and luxury, and maintained a status of legendary proportions as an icon amongst New York City institutions. Its beginnings are more than complex, and deep-rooted in inter-family rivalry. As the story goes, a feud arose between Mrs. Astor and her nephew and Fifth Avenue neighbor, William Waldorf Astor, who felt that if anyone was going to be society’s doyenne, it ought to be his wife, not his aunt, who was continuously referred to by the press as “the Mrs. Astor”. Riddled with anger, he built the Waldorf, a 13-story hotel that dwarfed his aunt’s mansion in hopes to pique her irritation. Mrs. Astor and her own son retaliated by building their own hotel next door, which they named the Astoria. When rumors swirled that Mrs. Astor might replace her house with an even bigger hotel, agents of the two Astors got together and agreed on a joint hotel. Its two separate parts were connected by corridors and a hyphen: the Waldorf- Astoria, with its long, and very fashionable social promenade, known as Peacock Alley.

Faced with marble and lined with palm trees, iit was the lobby-floor corridor of the original Waldorf-Astoria Hotel, which opened in 1897 at Fifth Avenue and 34th Street. (The Empire State Building sits there now.) Peacock Alley was open to anyone who looked rich and powerful and wanted to display appropriate plumage. It was built partly on the site of the most exclusive and coveted society showplace in New York: Caroline Schermerhorn Astor’s ballroom, which could only ever hold about 400 guests, giving rise to the “Four Hundred” moniker and those who received her invitations were the validated members of high society. Flowing gowns, pearl necklaces, diamond tiaras, white ties and tails were its typical aesthetic cursors. “Out-of- towners and New Yorkers alike were seldom as happy as when they were in Peacock Alley, either putting on a vain show or taking one in,” John Tauranac wrote in his landmark 1995 publication titled The Empire State Building. 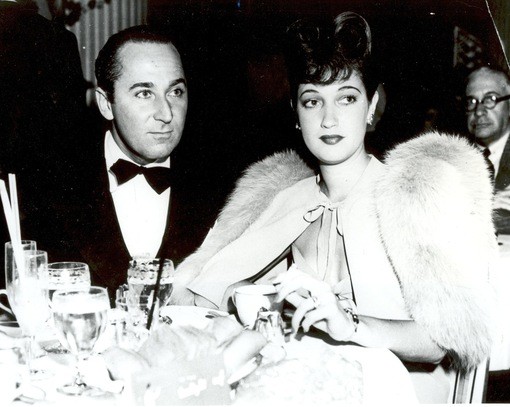 In 1900, Harper’s Bazaar described the scene at the Waldorf-Astoria; “the fashion of New York and the Mecca of visitors here is the chosen gathering place of New York society, which comes here to see and to be observed.” It wasa modern metropolis in Manhattan, clustering the rarefied elite of uptown New York in one place, and within a contemporary context, it is hard to believe it existed outside an F. Scott Fitzgerald novel. The original Waldorf-Astoria was demolished in 1929, and it re-emerged at its existing Park Avenue location in 1931, becoming the world’s biggest hotel at the time.

It's for this reason why the Waldorf Astoria became an icon of opulence and passionate decadence, and every sitting president in history has called it their home away from home. Not to mention the fact that the Waldorf Astoria’s maître d’hôtel was the legendary Oscar Tshirky, a superstar of his time and an arbiter of culinary taste who is credited with inventing Veal Oscar, Eggs Benedict, and the world-famous Waldorf Salad. It even boasts a secret railway, though not exactly a train station of its own. The Waldorf-Astoria was built atop one of Grand Central Terminal’s many early platform lots and the now barren subterranean space once served as a means to transport the hotel’s more famous guests discreetly, like General Pershing who first used the platformin 1938, though it is still used even today from time to time. In 1993, the Waldorf-Astoria became an official New York City landmark alongside icons like The Empire State Building and Brooklyn Bridge, and it remains a firm fixture in the cultural fabric of New York City. 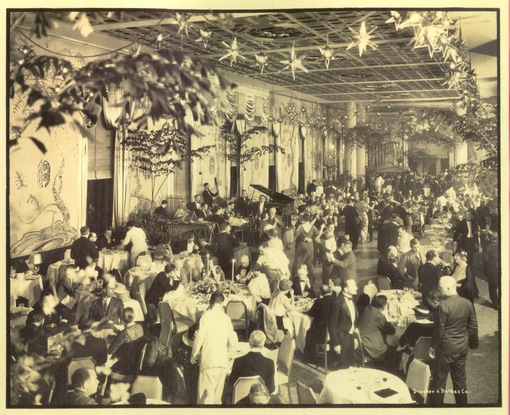 Due to its classical Art-Deco features and magnificent ballrooms and lobbies, the Waldorf Astoria has been featured in numerous films, television series, and editorials since the opening of the Park Avenue location in 1931. In fact, the history of the Waldorf Astoria is as rich and vibrant as the history of Hollywood itself; and many famous actors and actresses including Elizabeth Taylor and Marilyn Monroe have graced its grand halls. Perhaps most notably is the Hollywood blockbuster, ’Weekend at Waldorf’, which was filmed in its entirety at the hotel in 1945, and starred icons Ginger Rogers and Van Johnson.

Yet, the Waldorf-Astoria’s reach goes far beyond Hollywood, and it has maintained a historic place in New York City’s fashion fairytale from its very inception. When Europe was embroiled in war in 1939, New York City was more panicked about selling dresses, and ironically enough, the looming war worked in favor for American fashion. Several of the established European fashion monarchies had to flee the Continent, and found a wonderful mentor in Eleanor Lambert stateside. 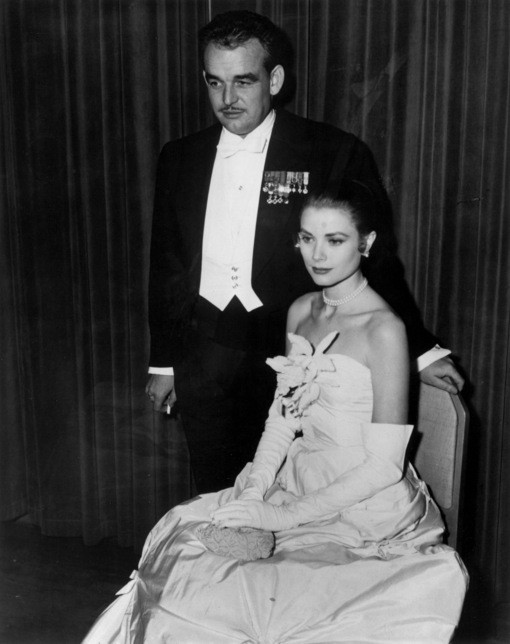 The exalted visionary was a prominent fashion and art publicist, who represented Salvador Dali, Cecil Beaton, Lilly Daché, Hattie Carnegie, Christian Lacroix, Calvin Klein, and Donna Karan, among many others. Lambert also founded the Council of Fashion Designers of America [CFDA] and she established the first international fashion shows on a set timetable, known as the Seventh Avenue Press Week (the forerunner of today’s fashion week), which found its very first home at the Waldorf Astoria. Where Lambert envisioned fashion as a vibrant force in popular culture, her decision to choose the Waldorf Astoria as the inaugural location for the direct antecedent of today’s New York Fashion Week seems sensical, given its kaleidoscopic history, and its unrivalled iconicity in popular culture.

The Waldorf Astoria’s romance with fashion also eclipsed the by-gone intimacy of salon-style, intimate fashion shows that typified fashion’s formative years, and the grandiose hotel went on to play host to some of fashion’s glitterier affairs such as the Coty Awards (American Fashion Critics’ Award)–a gala with an animated zeal for indulgent hedonism. What began as a small private function, grew to a major yearly event and fashion show, attracting the industry elite and a guest roaster of dignitaries from the worlds of art and politics. Its tenure at the Waldorf Astoria harks to its hunger for innovation across the cultural industries, and it remains a historic hallmark for celebrating the influence of American fashion. 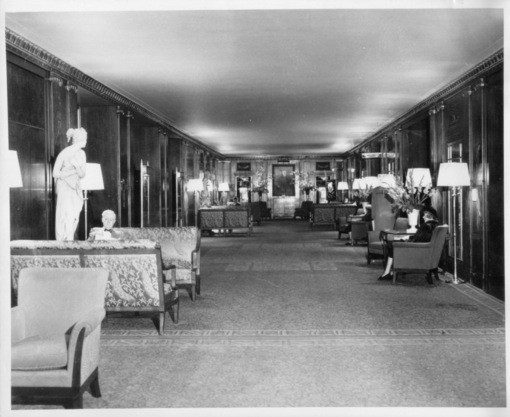 In a bid to maintain its legacy of unbound opulence, the Waldorf Astoria was also home to one of the most lavish affairs of the 20th century, known as The April Paris Ball (APB). The APB was an annual US gala event whose mission was to serve charity and Franco- American relations. Established in 1952, it was the brainchild of Claude Phillipe, the hotel’s banquet manager to celebrate the 2,000th anniversary of the city of Paris. Held at the Waldorf Astoria for its first eight years, it was considered nothing short of astounding, and captivated media attention all around the world, and drew the iconoclasts of its era, including Marilyn Monroe, John F. Kennedy, and Audrey Hepburn, amongst countless others.

There’s no denying the Waldorf Astoria’s position at the crux of America’s pop-cultural history, its enduring influence or its notoriety for newness. While its origins are seepedin old-world opulence, it’s an institution in seamless sync with the frenetic velocity of New York City and it has readily adapted with modernity, to aptly reflect and mobilize seismic change in the cultural landscape at large. Fashion has always been a fiber in the hotel’s fabric, and from the hedonistic days of Peacock Alley, to hosting the intimate salon- style showcases of Givenchy, Balmain, and Dior, to the present day–where the Waldorf Astoria has once again reprised its relish for reform. 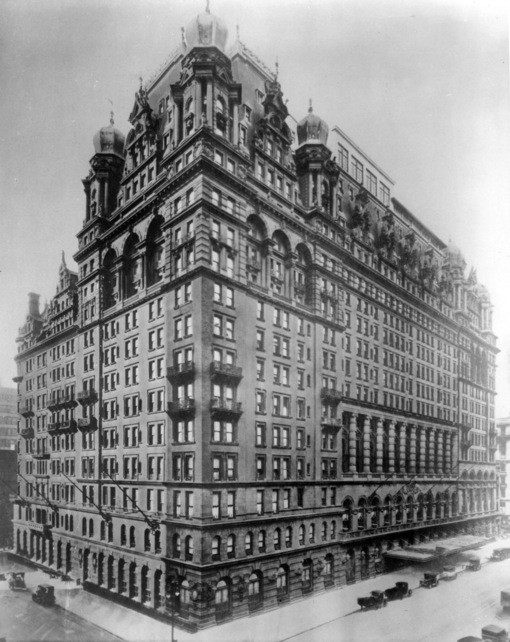 By partnering with NOT JUST A LABEL on its New York City fashion hub this holiday season, the Waldorf Astoria is supporting both the manufacturing and design sectors of this monumental city, as well as New York City’s diverse compendium of homegrown fashion talent, who have all cut their teeth and honed their skills inside its five boroughs. For those of you staying at the Waldorf Astoria, you can shop NOT JUST A LABEL | Made in NY without even leaving the building. NJAL welcomes both guests and the public at large to shop the very best garments
and accessories from fashion’s new guard, all of which are proudly crafted in New York City.