Technology in fashion is an exciting sector moving faster than your Apple Watch can keep up with but its most interesting – and unassuming – developments are those seeking solutions to the garment industry’s supply chain problems. From fabrics made of algae and clothing that detects pollution levels to connecting makers and consumers through audio-visual experiences, NJAL investigates the ground breaking scientific breakthroughs improving fashion’s integrity

We can now monitor our vital signs 24/7 through a shirt, reflect our emotions in the changing colour of a dress and communicate with personal shopping bots online yet fashion remains the second most polluting industry after oil. It accounts for 10% of global carbon emissions and remains plagued by cases of workers' rights abuses. However, beyond the Fitbits and light-up accessories, designers and scientists are joining forces to apply their prowess to the industry’s environmental and ethical issues.

“While we tend to think of time-honoured, slow-crafting traditions as intrinsic parts of the sustainable-fashion movement, technology is just as vital if it — and the fashion industry at large — is to survive,” says Jasmin Malik Chua, Managing Editor of Ecouterre. The ethical fashion website has an entire section dedicated to new innovations in the field. “We need to look to the future as much as we do the past.”

Currently one of the widest areas of research and development concerns how we recycle materials and reuse the 430,000 tonnes of clothing thrown away each year in the UK alone. “Cradle to Cradle, as well as the ‘closed-loop economy’ are the latest buzzwords to overtake the fashion industry,” Malik Chua continues. Indeed Sass Brown, Acting Associate Dean of the Fashion Institute of Technology (FIT)’s School of Art and Design and ethical fashion expert, points out technology's pivotal role in closing the loop on textile production and use: “Currently we cannot separate the complex multi fibre textiles we produce for recycling. Even mono fibres such as cotton have serious limitations in how much can be recycled.”

How about using an environmentally friendly solvent to dissolve the cotton in textile waste thus enabling the creation of an entirely new material? Or setting microbes on pesky polyester, the world’s most commonly used fibre, to separate it from multi-fibre textiles? Making waste-cotton new and The Polyester Digester are just two of the five viable ideas that won the first edition of The Global Change Award, initiated by the H&M Conscious Foundation in order to close the loop on fashion. Most promisingly, these concepts guarantee no loss in quality to the resulting fibres meaning they can be recycled over and over again, leading to a truly sustainable system.

More than 2,700 innovators from 112 countries signed up to contribute their ideas. In fact competitions to encourage sustainable innovation are increasingly prevalent. A group of students from FIT have just won the first Biodesign Challenge (BDC) with a yarn made from bacteria and fungi. The contest teamed groups of students from nine leading U.S. colleges and universities with biologists and experts in order to envision future applications of biotechnology for social problems.

While biotechnology was applied to a range of themes including architecture, transportation and medicine for the BDC, “the bio-engineering of materials is another area that holds a lot of promise [in regards to sustainable solutions for fashion],” Brown says. Materials are increasingly being produced in the lab rather than a factory, using components including anything from food waste and mould to algae and fungi. The results are fabrics that are not only original, offering novel aesthetics and textures, but are biodegradable and produced in more eco-friendly ways. 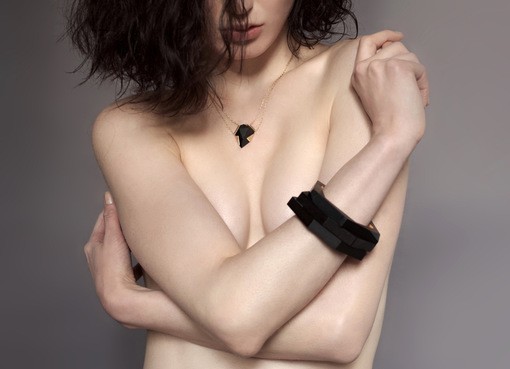 “At some point, in the not too distant future, biotechnology is going to give the design world the biggest set of completely new materials and tools it has ever had the opportunity to play with,” says Amy Congdon. For the trained textile designer and Senior Design Researcher at Biocouture, no ingredient is off limits. Her biological atelier explores the application of living cells to produce new materials for an imagined future in 2080. Picture ivory jewellery grown ethically in the lab, for example. “There’s companies looking to remove the animal from the process entirely,” says Congdon, referencing Modern Meadow, the world’s first bioengineered real leather made without animals.

What may seem like science fiction is quite humanly possible. Certain biofabrics are already on the verge of becoming commercially available. German-brand QMilk offers material produced from milk that not only uses 100% renewable resources and 0% chemical additives but expends just 2 litres of water per 1kg of fibre produced (the global average for 1kg of cotton is currently 10,000 litres). Meanwhile Campers and Puma have produced prototype shoes and accessories using pineapple leather and NJAL’s own Mayya Saliba exhibited the first garments made with it on the catwalk of the GreenShowRoom at Berlin Fashion Week earlier this year. Piñatex fibres are the by-product of the pineapple harvest. No extra land, water, fertilizers or pesticides are required to produce them but they provide new additional income for farmers. Ever the revolutionary platform, another NJAL designer, Rosalie McMillan, is reimagining jewellery with her minimalist designs and materials derived from coffee grounds. 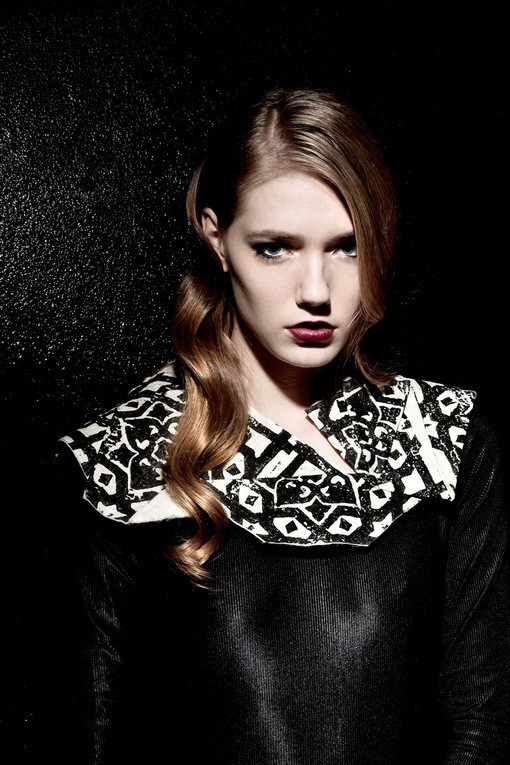 Of course methods for reducing water consumption, chemical usage and carbon footprint in standard garment manufacturing are being sought and applied in the field. Adidas has been using DryDye – a polyester fabric dyeing process requiring no water, 50% fewer chemicals and 50% less energy – commercially since 2012. The company had used 4 million yards of DryDye fabric by the end of 2014, saving 100m litres of water. While Patagonia has invested in Beyond Surface Technologies, which is working to reduce the chemical intensiveness of treatments for outdoors wear.

“Even after the manufacturing supply chain has been examined for ways to implement sustainable practices though, there is the life cycle of the garment to consider,” points out Rebeccah Pailes-Friedman, Director of Intelligent Materials Applied Research & Innovation (IMARI) lab at the Pratt Institute. “Smart materials are being developed and introduced that will reduce and even eliminate the consumer’s need to wash clothing, saving hundreds of gallons of water over the life of any garment.”

As NJAL has already reported, 25% of clothing’s carbon footprint derives from our haphazard habits of washing and maintaining them but solutions exist in the form of Kansai Yamamoto’s Shower Clean Suit and garments that clean themselves in sunlight. That’s right; scientists at the Royal Melbourne Institute of Technology have developed a fabric incorporating copper and silver nanostructures that can degrade organic matter (dirt) when exposed to solar energy. 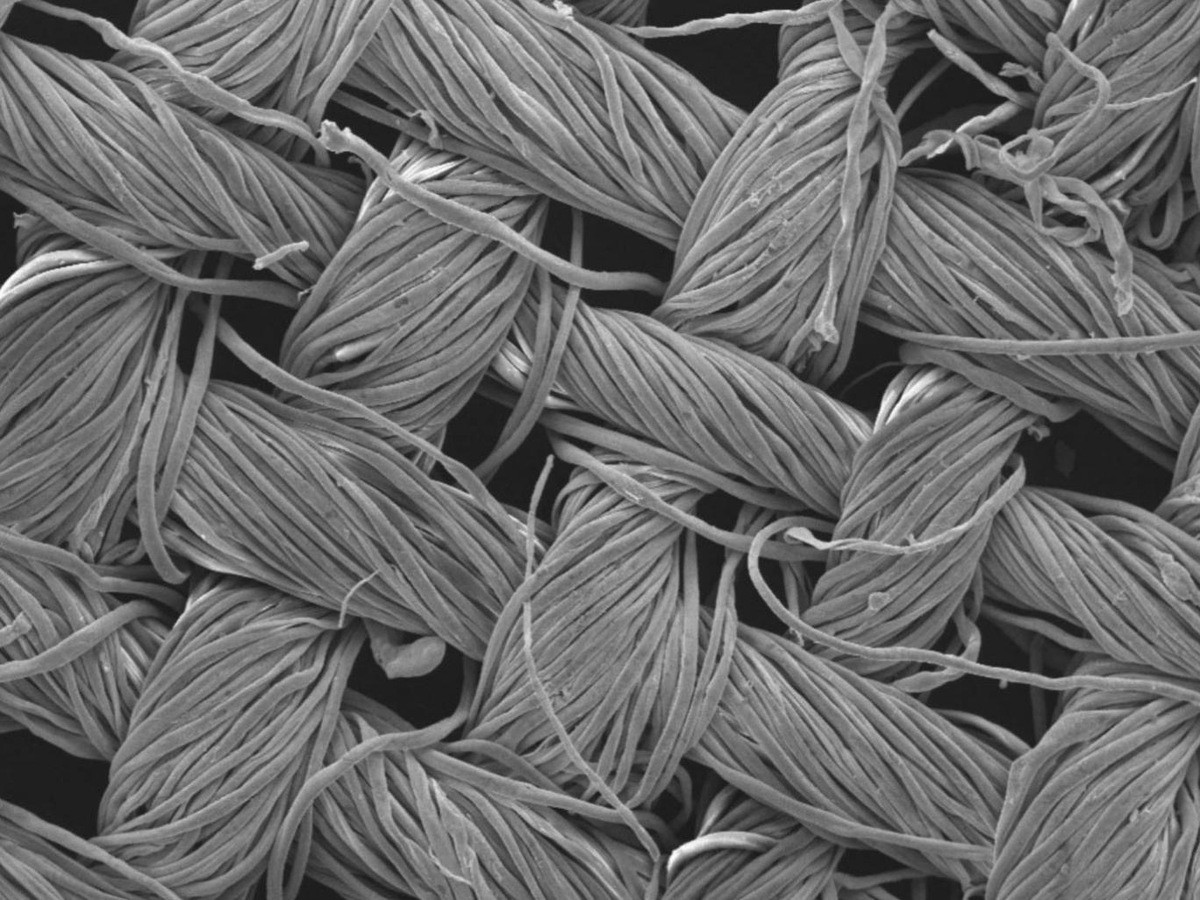 But how is a brand’s ecological and social impact measured in the first place? Thanks to data-compiling programs, companies can now track their impact, monitor progress and inform consumers. MADE-BY’s Mode Tracker, already used by the likes of Ted Baker and G Star Raw, takes data concerning eight areas of the product lifecycle, verifies it and produces a clear summary of company progress. Elsewhere, the Fashion Footprint app enables shoppers to connect directly with the makers of their clothes through an interactive, audio-visual experience on their smart phone at the point of sale and online. Scanning the tags of garments from participating brands provides ratings information on everything from factory safety to worker health.

Even beyond the direct impact of the apparel industry, fashion technology has the power to solve wider social concerns. “Smart textiles are currently in development that will harvest energy through vibration and other haptic movements, others can store data and still others can be used for solar energy harvesting and battery storage,” continues Pailes-Friedman. Everyone (mostly) wears clothing, carrying it with them wherever they go and, with this, garments have the power to act as mediums.

Take artist Kasia Molger’s Human Sensor clothing, set to be unveiled this month in Manchester. Advised by scientist Frank Kelly, Professor of Environmental Health at King’s College London, the garments change colour to reflect the amount of pollution in the surrounding air, detected by the wearer’s exhaled breath. During a time when air pollution is expected to reduce the life expectancy of the average UK resident by 7-8 months, this is a development that could aid our own health as well as the environment. 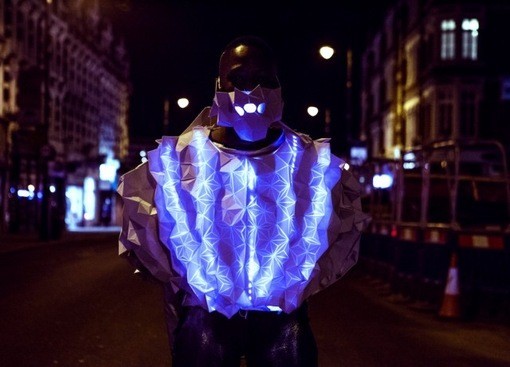 In fact the Catalytic Clothing project even offers a practical solution, exploring “how human beings could themselves be walking catalysts by the simple act of laundering their clothes,” explains Caroline Coates, Project Development Manager for the Centre for Sustainable Fashion at the London College of Fashion. The concept was developed by designer and professor Helen Storey MBE and chemist Tony Ryan OBE and uses photocatalysts (delivered to the clothing surface as an additive in conventional laundry products) to breakdown air-borne pollutants using sunlight.

While the idea still requires sufficient funding to be taken mainstream, it has harnessed the conversational power of fashion to raise awareness for these environmental concerns. Herself, a ‘couture’ textile sculpture sprayed with the photocatalysts has toured the world, introducing city dwellers to the notion that clothing and textiles can play a vital role in improving the urban environment and the health of those who live in it. While a nine-month project called Catalytic Teaching and Learning has just come to an end and used fashion, art and science to teach students about environmental issues and resolutions.

“Clothing, textiles and fashion can be a messenger for powerful solutions,” says Coates. “We have a track record of using fashion in different ways (not worn but symbolic) to express solutions that with rigorous research, funding and consumer endorsement can make a difference to real problems”.

Indeed the most exciting, promising and meaningful outfit at the prestigious Met Gala’s tech themed ball in May was Emma Watson’s Calvin Klein number made from recycled plastic bottles. One day we may want to accessorise with a Tamagotchi à la Orlando Bloom or find a vital need for Karolina Kurkova’s light-up dress to keep us updated on the mood of our Twitter feeds but right now the greatest fashion tech innovations are those that are imperative for the sustainable future of fashion, its people and the planet.