Toxic rivers, cancer-causing pollution levels and mass water shortages; the textile and clothing industries have a great deal to answer for in China. Thankfully environmental action is afoot and the Chinese as well as global fashion landscapes are transforming as a result. Not Just a Label examines why and what improvements are being made to the world’s largest garment manufacturing hub and meets the new designers redefining Made in China.

It may be a financial goliath but behind China’s global influence lays an ecological fragility perilous to progress. Having followed a largely pro-capitalist economic agenda based on industrialisation and radical expansion since the late seventies, China is now the world’s second largest economy and set to become the biggest by 2030. Yet 16 of the world's 20 most polluted cities are found in the country, 60% of groundwater is polluted and more than a quarter of its key rivers are unfit for human contact.

As the world’s leading exporter of textiles and apparel – goods that are incredibly water, chemical and energy intensive to produce – fashion’s key role in China’s environmental abuses is clear. According to Greenpeace East Asia, the country’s textile industry alone is responsible for 10% of its industrial wastewater emissions with 72 toxic chemicals in the water originating solely from textile dyeing. The local saying is that you can tell the colour in fashion next season by the colour of the rivers.

On top of this, textile factories produce about three billion tons of soot every year. When Beijing experienced a prolonged bout of smog in January 2013, dubbed the ‘airpocalypse’ for its concentrations of hazardous particles forty times the level deemed safe by the World Health Organisation, it led to widespread public outcry. Concerns are understandably increasing in China. “The way air quality and food safety issues are threatening the health of Chinese residents and their families is playing a big part in increased environmental awareness,” says Nitin Dani, director of Shanghai-based campaign organisation Green Initiatives. “Just from looking at the attendance at our environmental forums, we see first-hand interest has exploded in the past few years.” 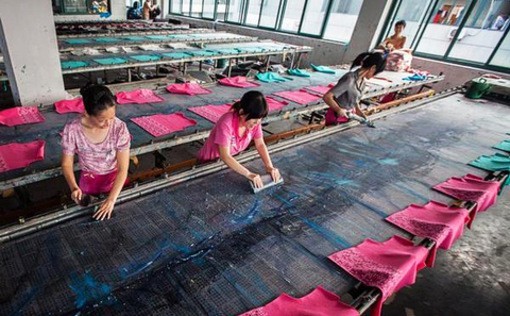 Campaign groups and organisations are at the forefront of environmental action. The Green Choice Alliance, a coalition of NGOs, has pushed nearly 2000 factories so far to implement corrective action through its Green Supply Chain project. While Greenpeace’s Detox campaign challenges top brands to work with their suppliers on eliminating all hazardous chemicals across their supply chain and the lifecycle of their products. As a result, “the level of awareness to hazardous chemicals usage is unprecedented,” says the campaign’s Beijing manager, Ada Kong. “Very few industry players were aware of the chemicals they use and what exactly they are discharging to the river.”

However, forced to heed public demands and facing an economic slowdown, drastic action is now coming directly from the government, brands and suppliers. Following Premier Li Keqiang’s promise of a “war on pollution” in 2014, the government strengthened China’s Environmental Protection Law for the first time in 25 years. Fines to guilty companies are now limitless and individuals in charge can face 15 days in prison. Over $600 billion has been pledged to clean up air and water pollution while investment in renewable energy sources, an almost non-existent industry six years ago, has soared. 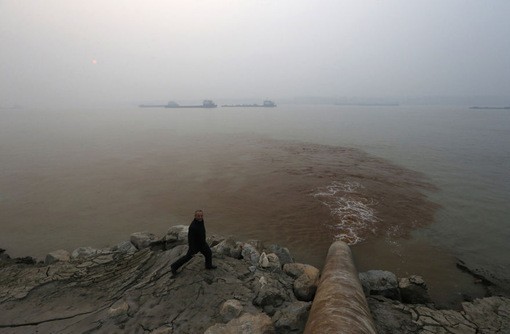 Since January 2014, 15,000 factories, including large state-owned enterprises, have had to publicly report real-time figures on air emission and water discharges. In 2013 China implemented binding environmental protection codes and higher standards on wastewater and waste gas discharged from reeling, wool and flax spinning, dyeing and printing enterprises. The textile and clothing industry is also central to China’s plans for a circular economy with great investment being put into recycling technology. Under the Chinese government’s 13th Five-Year Plan for Economic and Social Development, recycled textile production is targeted to reach 4.5 million tons by 2020.

Many of China’s leading manufacturers have already made significant changes. The Hong-Kong-based Esquel Group, which produces over 100 million garments annually for brands including Ralph Lauren, Tommy Hilfiger and Nike, has invested in one of China’s largest waterwaste treatment plants. While Crystal Group’s Zhongshan Yida Apparel Factory, which works with the likes of Levi Strauss, H&M and Gap, has become a role model for sustainable denim jeans production. Its recycled cotton fabric factory even upcycles fabric remnants into new material for eco and recycled jeans.

The Natural Resources Defense Council has also led major improvements with its Clean by Design program, a global manufacturing model working with major fashion retailers and designers to green the fashion supply chain. Over 30 textile mills have dramatically reduced their pollution output, cutting up to 36% of water use and 22% of energy use per mill and a total of at least 400 tons of chemicals.

“The better suppliers are those having long term business relationships with the brands,” Kong points out. Many are facing increasing pressure from environmentally active brands such as H&M, Levi Strauss, Marks & Spencer and Adidas but “others are not under as much scrutiny”. While there are company gains to be made from cleaning up garment manufacturing such as improved efficiency, significant financial savings and consumer loyalty, the vast majority of brands from high street to luxury have yet to take full responsibility for their supply chains. Indeed thousands of businesses are now moving their production to other Asian countries where environmental laws are more relaxed. 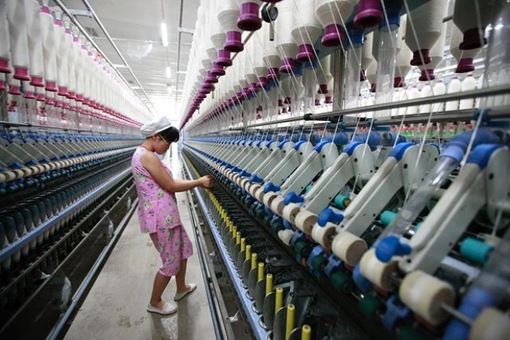 Thankfully there is a new generation of designers in China who are building brands based on foundations of sustainability, fair working conditions and even philanthropy. “There is a genuine interest to grasp sustainable design as a key element of their design ethos,” explains Dean. As well as organising educational workshops, lectures and collaborations with academic institutions, for six years Redress has been inspiring young designers to transform the future of fashion through its EcoChic Design Award. The biggest sustainable design competition in the world that challenges emerging designers to cut waste out of fashion, it has become “a breeding ground for sustainable innovation.” Participants have caught the attention of media from Chinese Vogue to the New York Times and the contest is now the subject of a new documentary.

Such interest coincides with a changing demand in China; one led by Asian aspirationals seeking style and substance over logos and big brands. “This new generation is looking for more individualism that reflects China’s creativity,” explains Dean. “The stories behind brands are becoming more powerful with provenance and transparency driving interest.” Consider labels focusing on organic materials and upcycling such as Beijing’s NEEMIC and FREITAG or those engaging with slow fashion and timeless quality like Wan and Wong Fashion.

In fact many designers are reacting to today’s fast fashion, mass-produced culture and celebrating China’s traditional crafts by working with artisans. Atelier Rouge Pékin for example adds a contemporary twist to minimal cut Mao jackets and traditional colourful peasant patterns. “A lot of traditional quality production got lost during communists commotion and the following race to the bottom price-wise as the world's factory,” says NEEMIC’s co-founder Hans Martin Galliker. As well as partnering with local tailors, the brand uses organic fabrics handwoven by traditional communities in China. 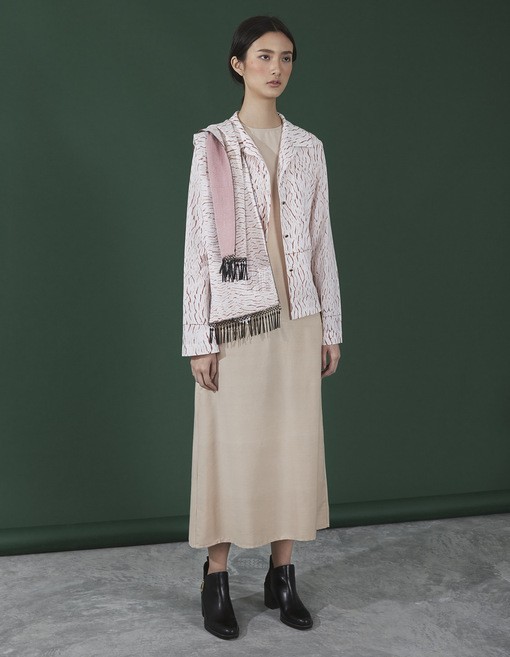 Sharon de Lyster, head of Narrative Made, agrees. “I have seen first hand just over the past five years how many have abandoned their heritage crafts to work in the supply chain that supports the current fast fashion industry.” She is now collaborating with the likes of the Miao’s traditional hand pleaters and embroiderers to preserve their legacy and even helping other brands to source from artisans across Asia. Given handcrafts are generally less machine intensive, use more organic processes and materials and have a smaller production scale, this method is not only socially responsible but a sustainable solution to China’s environmental issues.

The country has a long way to go in reversing decades of ecological degradation but between government legislation, shifting public and consumer mentality and brand action, improvements are in progress, stirring innovation and creativity along the way. As Dean says, “China's fashion industry - and that of the world - will never be the same again.”