Today, NJAL reflects on its defining moment in Dubai this past week, where the digital fashion platform made its physical debut in the Middle East with an immersive-experience pavilion at Meet d3–the pre-cursor event to Dubai Design District (d3). It’s an apt time to speculate on NJAL’s future in the Middle East and dissect the details of its flowering success in Dubai and the emergence of ‘Made in the Middle East’. Delve into Dubai with NJAL and view behind the scenes footage of NJAL Meets d3 right here.

NJAL x d3 Dubai | Behind The Scenes from NOTJUSTALABEL on Vimeo.

After London, Dubai remains the second most popular place to shop luxury goods and fashion in the world. NJAL’s decision to lay its first bricks-and-mortars in the Middle East was one initially laced with cynicism–though the Middle East is known to consume luxury at a frantic pace–was it really ready to eschew the big, brand behemoths in favour of independent, emerging talent?

The city is a melting pot, with foreigners making up 90% of its population and over 200 nationalities all intermixing, so NJAL Meets d3 was a cultural immersion. An eclectic array of languages and dialects could be heard in every direction at any time. From Russia and Eastern Europe, to far-flung corners of Asia, Africa and all around the Middle East–it was clear that Dubai was a destination. For the 1.1 billion people across these territories, Dubai is their New York and it’s the epicenter of fashion at a reachable distance.

On the first day of opening, any preconceptions were immediately invalidated. Dr. Amina Al Rustamani, one the most powerful Arab women in the world, and CEO of TECOM Business Parks opened Meet d3 at NJAL’s immersive-experience to signal the start of Dubai’s mission to cultivate both local and global creativity. Over 2,500 guests poured into NJAL’s carefully crafted fashion hub, featuring a curated selection of truly unique, original and even bespoke items from 200 designers from over 50 countries as well as fashion film screenings from NJAL design talent dotting the space. 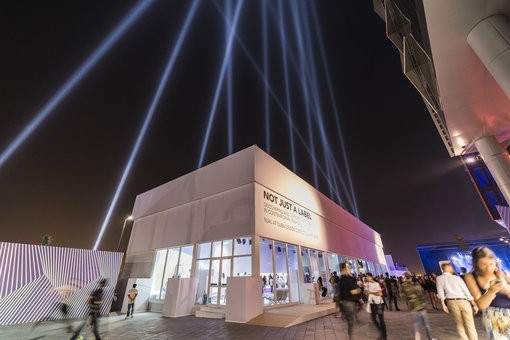 Over the three days of Meet d3, 20,000 people experienced NJAL’s multi-sensory space and it was clear that Dubai’s diversity matched that of any other megalopolis around the world. NJAL Meets d3 was the platform’s first formalised foray into a concrete, retail experience. As a digital platform encompassing over 18,000 designers, curating the shop to appeal to both a Middle Eastern sartorial sensibility while introducing NJAL’s distinctive aesthetic to a new audience. NJAL broke every sales record at d3, and despite concerns that the Middle East is a market saturated by luxury giants–this proved that consumers were interested in emerging talent.

It was also an oppourtunity to reach beyond just commerce–and NJAL specifically deisgned its multi-sensory pavilion to accommodate curiosity and stimulate the entire human sensorium. Even the stereotypically, fashion-allergic husbands begrudgingly accompanying their partners on shopping trips were kept entertained by NJAL’s special-edition newspaper of curated content and dedicated iPads and iMacs that dotted the space for public use.

NJAL might be a fashion platform, but fashion is always inter-disciplinary at its crux so including both music and fashion, as part of NJAL’s programme at d3 was integral to the creative mission. Bint Thani unveiled the first ever 3D-printed dress to be made in Dubai in collaboration with Inter | Act and musicians such as Muhaisnah Four, Darren Ashley and Dalt Wisney all performed within NJAL’s immersive-experience fashion hub, with the likes of Boiler Room’s Bradley Zero closing proceedings. Following the intensities of opening NJAL’s first retail pavilion, the team found some downtime to explore the Middle East. Instead of heading to the nearest beach, the NJAL team sought some more sensory stimulation and headed to Oman’s mountainous landscape for spectacular views of desert vistas. 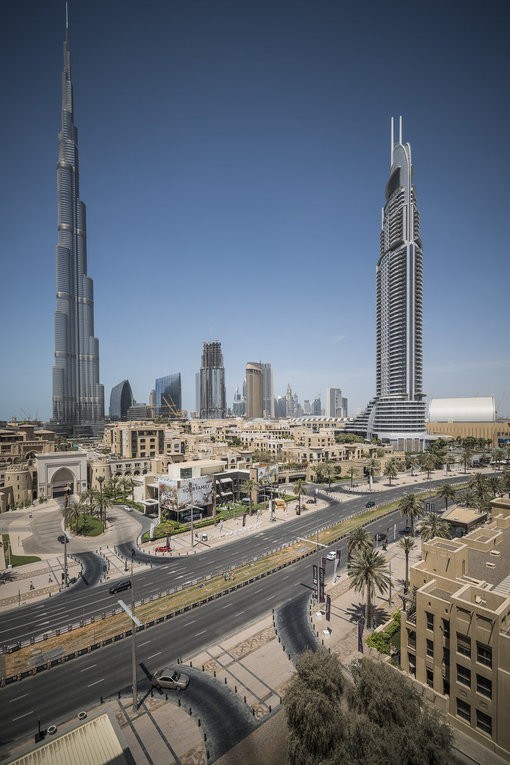 NJAL has closely followed the development of Dubai Design District (d3) since it’s initial announcement in June 2013, and since the very moment NJAL accepted the invitation to make its physical debut as part of Meet d3–it’s been a creative journey inhibited by rules, regulations and red tape. Though NJAL is based in London, it’s all too aware of the capital loosing its lustre as a base for the creative classes with rising rents stifling young people and crippling their talent. Dubai might be typified as a playground for the rich, but the Dubai Design District represents a real and societal commitment to facilitating creativity, no matter the cost.

Though d3 remains in its second phase of development, a staggering twelve buildings have been confirmed to open this year and the industry is flocking to set up shop. Both Chanel and the Chalhoub Group are unveiling their regional flagship spaces on site with many more set to follow. With purpose-built studios, galleries and residences in the works–d3 is making a sincere commitment to cultivating a credible culture of creativity, firmly rooted in the UAE.

Lifestyle staples (from fashion to cars) are all imported from the West, and to revive the ‘Made in Middle East’ tagline requires the creative industries in the UAE to be formalised. Until now, creative businesses didn’t even have official classifications under the economic department. At this moment, young, global and creative businesses looking to set up within the Dubai Design District can enjoy free zone licences with a fifty-year tax exemption. It’s a stark contrast to the spiralling cost of rent and lack of studio space available in creative capitals like London and New York, where the younger generation are being pushed out to other emerging centres. 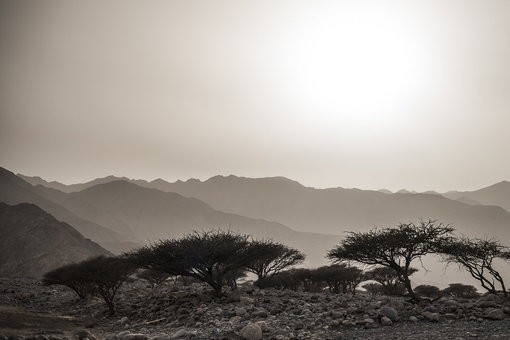 NJAL’s time in Dubai was much more than the team could have ever expected, and it’s clear that fashion is taken very seriously in this part of the world. Where Arab consumers now look to buy locally sourced luxury goods, instead of foreign luxury giants–it will require a creative infrastructure to be rooted in the Middle East where minds can mingle freely under one umbrella, and that is d3’s golden promise. By building up d3 slowly over the next decade, it will organically attract emerging designers from South Asia to North Africa and act as a gateway for creating something unique and authentic.