NOT JUST A LABEL | Made in NY: The Opening Night

NJAL’s New York City moment materialised this past Friday when the digital platform made its physical debut in the Big Apple. From Dec 4th – Dec 13th, you can come and experience NJAL’s dedicated fashion hub for luxury fashion designed and produced in New York City at the iconic Waldorf Astoria New York. NJAL’s immersive retail experience opened to hysteric fanfare, and you can relive all the action here.

This weekend, NJAL opened the doors to NOT JUST A LABEL | Made in NY at the aptly opulent Waldorf Astoria New York. It’s the digital platform’s first U.S. bricks-and-mortar outpost, following a year of serial offline projects centred around immersive retail experiences in Dubai, Venice and Berlin. With crucial support from the NYCEDC and its ‘Made in NY’ initiative, NJAL has landed in New York City to hysteric fanfare, and actioned a mission to facilitate a flexible retailing infrastructure for emerging designers across the five boroughs. 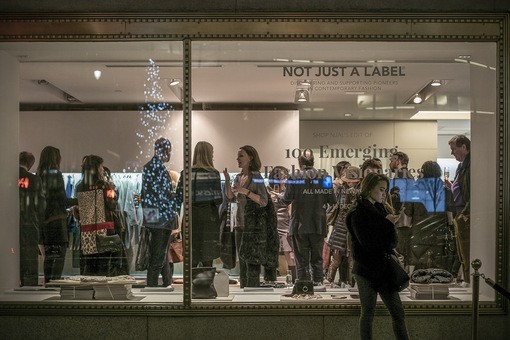 Each and every design on offer from more than 100 designers who are all kaleidoscopic in stripe, is proudly made and produced right inside the city’s manufacturing might. It’s a true testament to the value in supporting emerging creativity in fashion, which is all too often neglected in the grander scope of fashion as purely business. While there’s no doubt that fashion is a crucial economic backbone, generating $2 billion in NYC annually, NOT JUST A LABEL | Made in NY is about breaking a tired convention, and crafting commerce that’s rooted in the maker movement.

Beyond hosting a series of conversations with industry luminaries around all things Made in NY, and fashion in a wider context, NJAL’s latest offline project operates more like a creative co-operative where designers' creations become more than simply finished products, but material artefacts ripe with the endless story of process–from fabric to manufacture. These usually airbrushed elements of fashion retailing are proudly probed, celebrated and openly discussed. 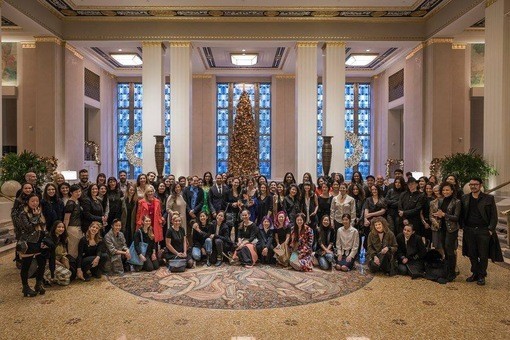 Before opening to the public on Dec 3rd, NOT JUST A LABEL | Made in NY whetted appetites with a relaxed press view with some of the city’s fashion impresarios. Young designers mingled with journalists, eager to distil the details behind their wares with enthusiastic zeal. Some of fashion's heavy hitters like Rihanna’s go-to-designer Adam Selman, and CFDA President Steven Kolb, showed up to support NYC’s new wave of talent. Salman cast his eyes on one particular NJAL knitwear designer named Caroline Kaufman, and he told NJAL, “I’ve been following her for a while, so it’s great to encounter Kaufman's eccentric take on textile innovation within a space totally devoted to emerging design talent, and their creative development,” Key press outlets from The Guardian, T: The New York Times Style Magazine, and Fashionista, to WWD have all lauded NJAL's arrival in New York City, and its larger mission to faciltate sustainable, and localised production, as well as diversity and increased accessibility to the fashion industry. 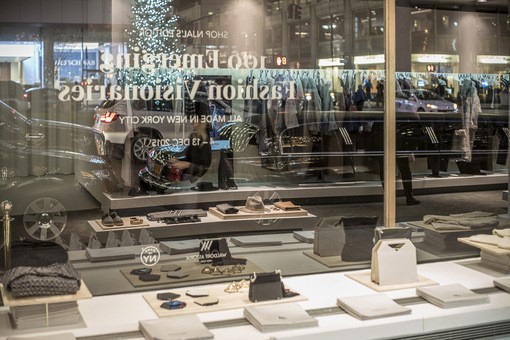 In the run up to the public opening, anticipation was feverish and as NJAL began its finishing touches on its NYC flagship, curious faces began to peer into the space through its lavish Park Avenue windows, eyeing up the merchandise with eager eyes. While the Waldorf Astoria New York is no stranger to luxury, it is an unexpected manoeuvre for such a grand institution to revive its historic legacy in fashion within a more contemporary vein. For locals and tourists alike, it is a harmonious union, which totally reinvents Uptown NYC’s archetypal stiffness with an injection of contemporary colour. 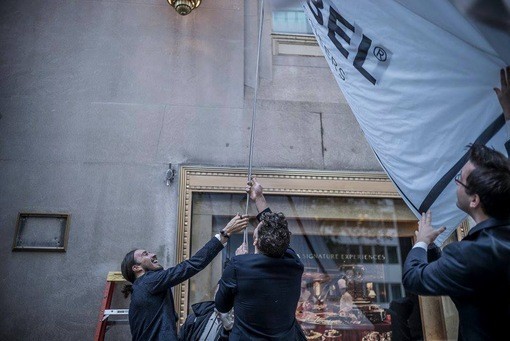 On Friday morning, NJAL Founder & CEO Stefan Siegel marked the moment of the store’s opening with a particularly grand gesture by hoisting the NJAL flag a top of the Waldorf Astoria New York (that’s usually reserved for the arrival of foreign dignitaries). Given the fact NJAL represents 20,000 emerging designers in over 110 countries, NJAL might just be the iconic hotel’s biggest international arrival yet. As curiosity piqued, the gilded doors to NJAL’s first NYC flagship finally opened and restless shoppers poured in with investigative poise to see what all the fuss was about. For both participating designers, and the NJAL team–the electric response across NYC has been nothing short of overwhelming, and wholly humbling. 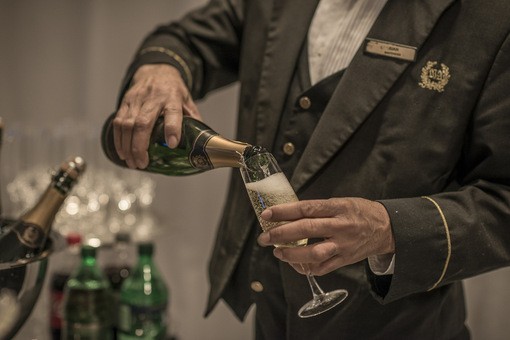 As the day wound down, NJAL set to celebrate by hosting a private party with every single Made in NY designer, friends and family, as well NYC’s key fashion fixtures. NJAL certainly revelled in the moment, with a night of deserved merrymaking winding way into the night, and creative crowds snaking the permitter to join in on the action—a scene usally synymous with the downtown set. For one night only, Park Avenue was lit up with more than its fairytale holiday lights but the dazzling energy of avant-gardists of every artistic flavour. 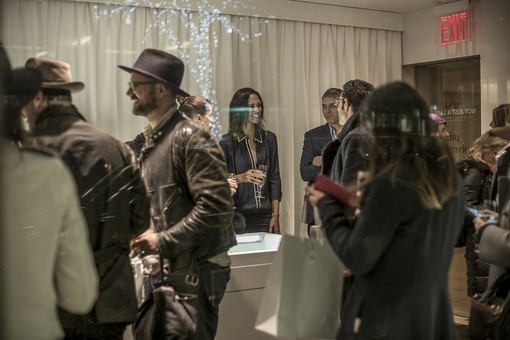 For those in New York City who might have missed out, NJAL will be in residence at the Waldorf Astoria New York through to December 13th, and we encourage New Yorkers keen to support the city’s vanguard design talent, and its long legacy in manufacturing by stopping by NOT JUST A LABEL | Made in NY. With a slew of workshops and panel discussions with some of the industry’s best set to unfold on topics including Making in NY, fashion education to manufacturing innovation all in the next week–fashion in New York City has never felt more open, authentic and progressive in its vision and fixation on the future.