The event brought together 100 pioneering independent designers from NJAL’s community of 15,000 talents, and Italy’s most distinguished manufacturers. Speaking at the event, NJAL founder Stefan Siegel said, “We are here to empower artisanship and individuality to combat fast fashion.”

First and foremost, the event fostered partnerships between NJAL’s emerging designers and the established artisan manufacturers and suppliers of the Veneto region in Italy. OPB exhibitors also received major exposure to international press and buyers, with Elle, Vogue Germany and Italia, Financial Times, W Magazine, Business of Fashion, LuisaViaRoma and WWD in attendance. 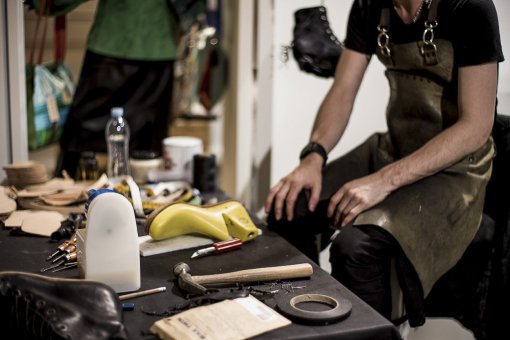 “ORIGIN was an incredible platform for our company. We were exposed to a strong manufacturing base who were both open-minded and supportive of new business with brands in our position,” said Jalil Rahman, Director of Marketing at London shoe label Angelo Van Mol, who made contacts with suppliers who work with Dior and Louis Vuitton. “With these partnerships in place we are now in a position to launch a fully-fledged menswear brand next year with world-class production partners.”

Miloš Jovanoski from Serbian bagmakers Lamat, said, “The event gave us visibility, a chance to meet the buyers and find a leather supplier in Italy - but it did so much more than that. Origin is something that is going to be remembered as the first event that turned the fashion industry around.”

OPB offered crucial support for young designers through the presence of institutions such as London College of Fashion and the Institute of Fashion Design, Basel, and Sisma Group. NJAL’s workshops created a space for open discussion about issues such as pricing, sustainability, and shipping, where expert panelists from the Antica Tessitura Luigi Bevilacqua, Conceria Gaiera Giovanni, and Giovanni Bonotto's The 'Slow Factory' answered designers’ questions. 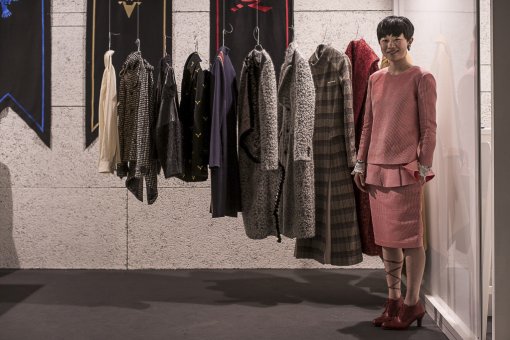 On Sunday, the trade event transformed into Europe’s largest temporary store, opening its doors to the public and it was encouraging to see many independent designers from emerging markets, such as Serbian jeweller Harem Royal, making especially strong sales.

From NJAL’s community of over 15,000 emerging designers, the 100 participating designers represented 38 countries and 62 of the best fashion schools and institutions in the world. Speaking of the exhibiting designers, NJAL founder Stefan Siegel said, “These designers were selected not just for their commercial viability, but for their commitment to handcraftsmanship and quality production, sustainability, and their boldness to work against the grain and be ‘black sheep’ in the fashion industry.”

Unlike other show concepts, NJAL ensured designers saw the entirety of costs related to travel, showcasing and hospitality covered – in virtue of NJAL’s core mission to support design talents without borders, financial burden or politics. While designers are brought into the same space at other trade fairs, the atmosphere can be competitive and somewhat hostile. ORIGIN bucked this trend, and established a profitable and supportive environment. 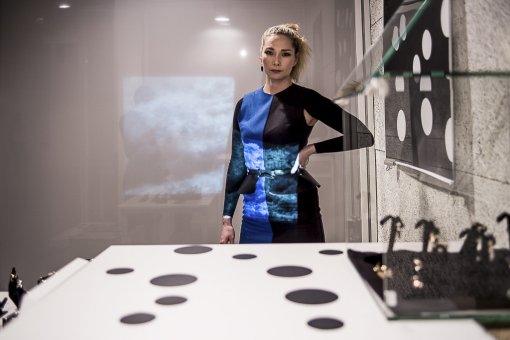 "The sense of a global creative community at Origin was incredibly powerful,” said New York jewellery designer Bliss Lau, who initiated a collaboration with SeeMe Hearts jewellery at OPB. "NJAL succeeded in bridging the gap between the established industry and new ideas, I have already begun to collaborate with several companies.  The show has been a transformative experience for me and for the growth of my business."

London-based designer Michelle Lowe Holder sourced a jewellery company and bag manufacturer for her brand at the fair. “The beauty of this exposition is it enabled relaxed conversations where some depth of interest and exchange was really able to happen,” she said. “These conversations just do not happen in trade shows.”

Matteo Marzotto, Executive Chairman of Fiera di Vicenza, is the sixth generation of an Italian textile dynasty, and gained international renown with his turnaround of luxury brands Valentino and Vionnet. Mr Marzotto recognised the event’s significance as part of Italy’s growing influence as a manufacturing hub for international luxury goods, by uniting the Veneto region’s 700 year old craft heritage with pioneering ideas of young designers, to reinvigorate the ‘Made in Italy’ label. 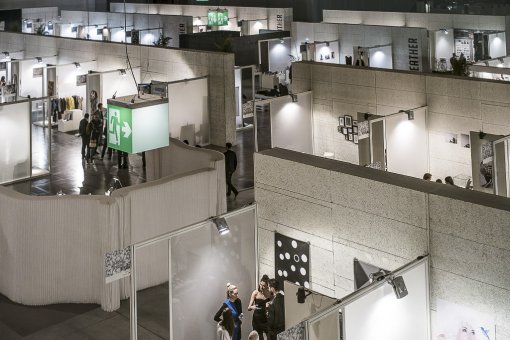 “We wanted to cross the gap between the jewellery world and the fashion industry by matching together Italian artisans and the international fashion world trends,” he said. “We aimed to create an international hub for the best artisans and craftsmen in Italy to enable them to best promote their products. We wanted to match this agenda with a new creativity trend, which we found in NOT JUST A LABEL.”

ORIGIN PASSION & BELIEFS marked a major step forward for NJAL and its community of designers, as the digital company’s first ‘offline’ event. NJAL will continue in its core mission to support and nurture craftsmanship and independent design, and change the future landscape of fashion for the better.