NOT JUST A LABEL will take over an iconic department store in Berlin from 7th-10th July during Berlin Fashion Week for a multi-sensory exhibition hub spanning fashion, art, and design made possible by innovative online retailer Zalando. With cult fashion bible i-D Magazine as media partner–NJAL will bring fashion and creativity offline for an interdisciplinary and interactive showcase. It's an apt moment to reflect on Berlin's contemporary cache for unhinged creativity and assess why this event is a milestone in Berlin's mission to reposition its face in fashion.

On paper, Germany should be the fashion capital of Europe. It’s certainly famous for design–when it comes to cars, architecture and engines but when it comes to fashion, its sense of nationalism is more than displaced–it’s almost denied. The most iconic of German fashion designers Karl Largerfield publicly scorns his roots, and identifies as “European”, having fled to Paris aged 14. Even the nation’s biggest retailer Escada, with its Italian-sounding name that seems to eschew any connotation of Germanness. 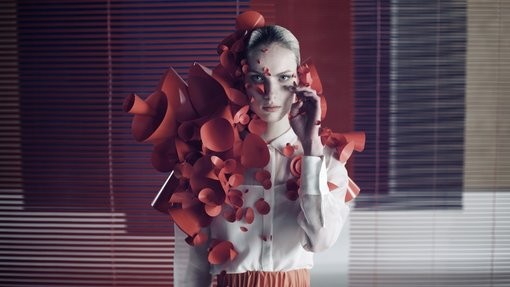 NJAL is on a mission to change that, and has teamed up with Zalando to curate the online fashion retailer’s fashion house–an interdisciplinary showcase of fashion and cross-creativity celebrating local talent, all set to unfold during Berlin Fashion Week. NJAL’s debut multi-sensory exhibition hub spanning fashion, art, design and new media in Berlin will be an opportunity for fashion impresarios and artistic aficionados from Berlin and beyond to experience fashion and art up close through innovative installations including digital elements that represent the principle pillars of the fashion platform. With cult fashion bible i-D Magazine as media partner–the world’s foremost platform dedicated to emerging design talent will bring fashion and creativity offline for an interdisciplinary and interactive showcase at a central location in Berlin from July 7th – 10th during Berlin Fashion Week Spring/Summer 2016.

It’s another milestone for NJAL, transcending its digital roots once again to manifest in Europe’s creative capital to celebrate and accelerate European creativity across all artistic fields. NJAL has carefully curated a selection of designers, artists and creative practitioners to create site-specific installations as well as a selection of educational workshops, symposiums, exclusive previews and fashion film screenings around Berlin as a fashion hub in the world. Highlights include a music meets fashion panel discussion with the best of Berlin’s creative class such as Dan Bodan, Janus Berlin, and No Fear of Pop along with exclusive screenings from Berlin Fashion Film Festival and informative discussions on the future of fashion in the context of sustainability.

With such an explosive array of creativity bubbling in Berlin, Germany’s position on the global fashion circuit is an irksome inconsistency. Most especially when considering the country is Europe’s biggest consumer of apparel and footwear. It also boasts a criminally overlooked legacy in the field of fashion that spans centuries, not to mention Berlin’s contemporary cache for artistic freedom without limits, and the fact it’s home to ten fashion schools, a Mercedes-Benz Fashion Week and more than five leading fashion trade fairs.

Yet, Berlin has always fancied itself as more avant-garde than its European counterparts, especially in its more recent history, and it’s that pocket of heritage that NJAL will hone in on its take-over of a historic location in Mitte that was built in 1904. During Berlin Fashion Week, NJAL’s nexus of creativity will call Kaufhaus Jandorf home, and reclaim its history as a bustling department store before it became an institute for fashion design following Germany’s division in 1945. 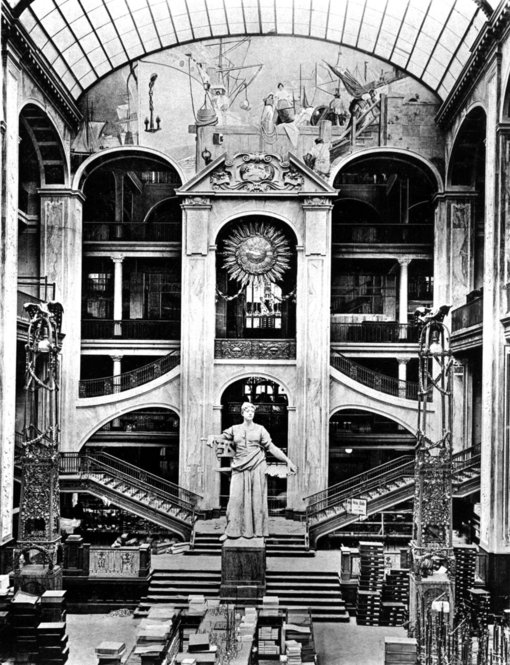 Berlin came to life in fashion around 1837 when clothing was first mass-produced and by 1849, one in five Berliners were working in the textile and clothing industry. Berlin’s history for fashion exhibitionism can be traced back as far as 1902, when the city staged its first official fashion show, and hosted its inaugural fashion week not long after, calling it Die Durchreise (In Transit). Up until the Second World War, Berlin continued to grow as a leading centre in European fashion and later, in the 1980s, in the then East German districts of Prenzlauer Berg, Mitte and Friedrichshain, avant-garde fashion theatres emerged, where designers cut their individual pieces for alternative, and edgy showcases, indulging the city’s history for hedonism.

After the fall of the Berlin Wall in 1989, designers from across Germany kept moving to the ever-trendier Berlin, and yet trailblazing fashion talent rarely comes from Germany. Although Berlin’s fashion scene is endowed with beefy marketing budgets from beer, cosmetics an