Fashion is a space teeming with opportunities to innovate and think beyond the current landscape. And for NJAL CONTRIBUTOR Silvia Vacirca, there is no better place to embrace and encourage innovation than in the materials we use to craft garments. 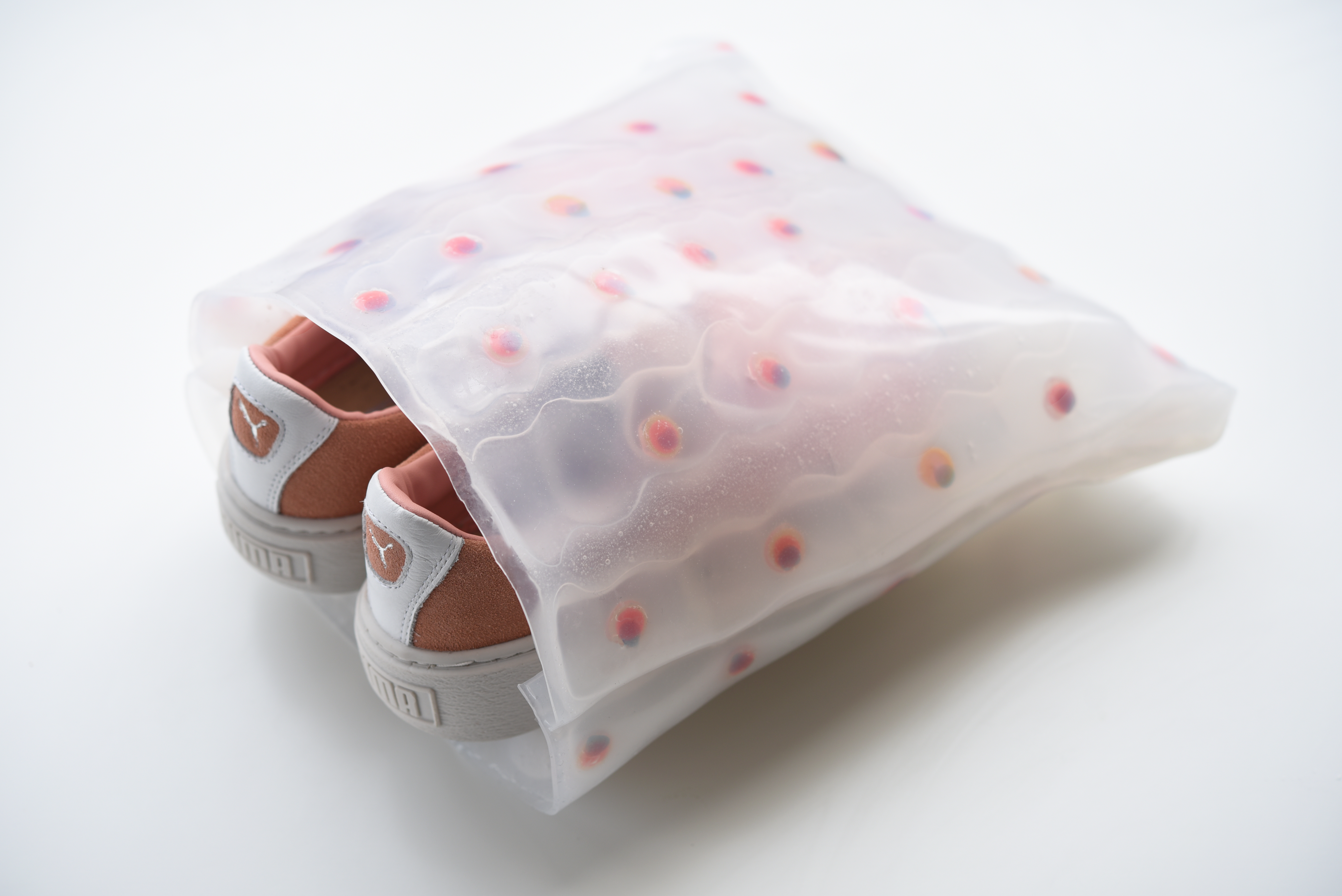 Real innovation seems to lie in the world of future—not futuristic—fashion materials. From fabrics that generate power through motion to food packaging that understands its contents, the materials of tomorrow will be smarter, stronger, more dynamic and less ecologically damaging. And the field of material science is bursting with potential for brands ready to harness its innovations and respond to consumer demand by stepping up as environmental leaders.

But first we need leaders in the industry to understand and accept these ground-breaking modes of creation. 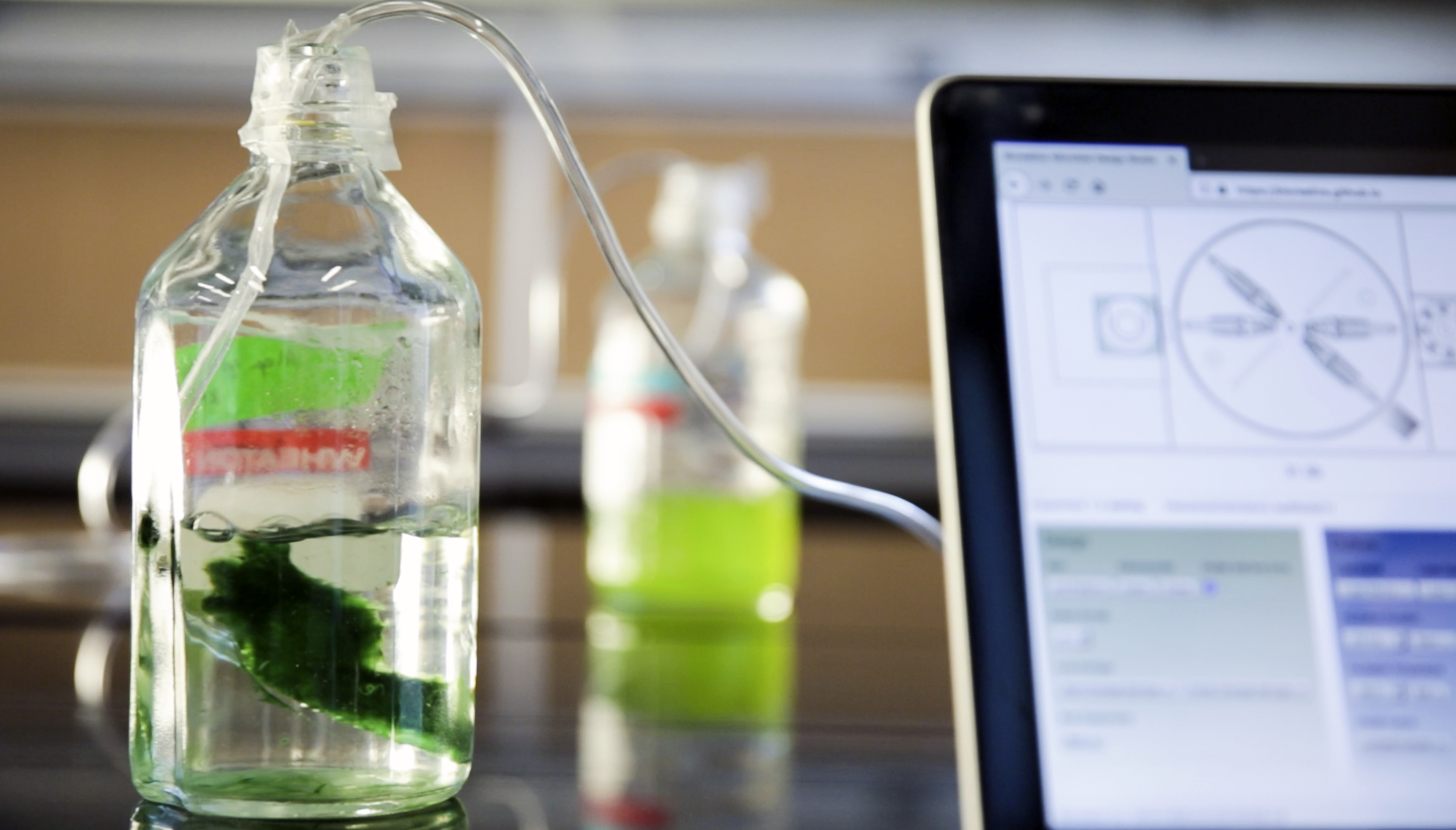 At the very beginning of fashion, there was the simple idea of silhouette. Nowadays catwalks are filled with silhouettes—dozens of silhouettes. In the digital supermarket of the decades nostalgia is our motionless present. We seem to have an insatiable thirst for it: "experience" meaning the past, is the diktat of our poker-faced epoch. The more the world recedes into green screens and superheroes, the more we mourn the loss of the real. As paradoxical as it may sound, though, the future of fashion is alive and well, and grounded in materiality. The clothing materials of tomorrow will be smarter, stronger, more dynamic, and less ecologically damaging, and they will change the way we dress, as well as the way we live. The field of material science is bursting with potential for brands ready to harness its innovations and respond to consumer demand. 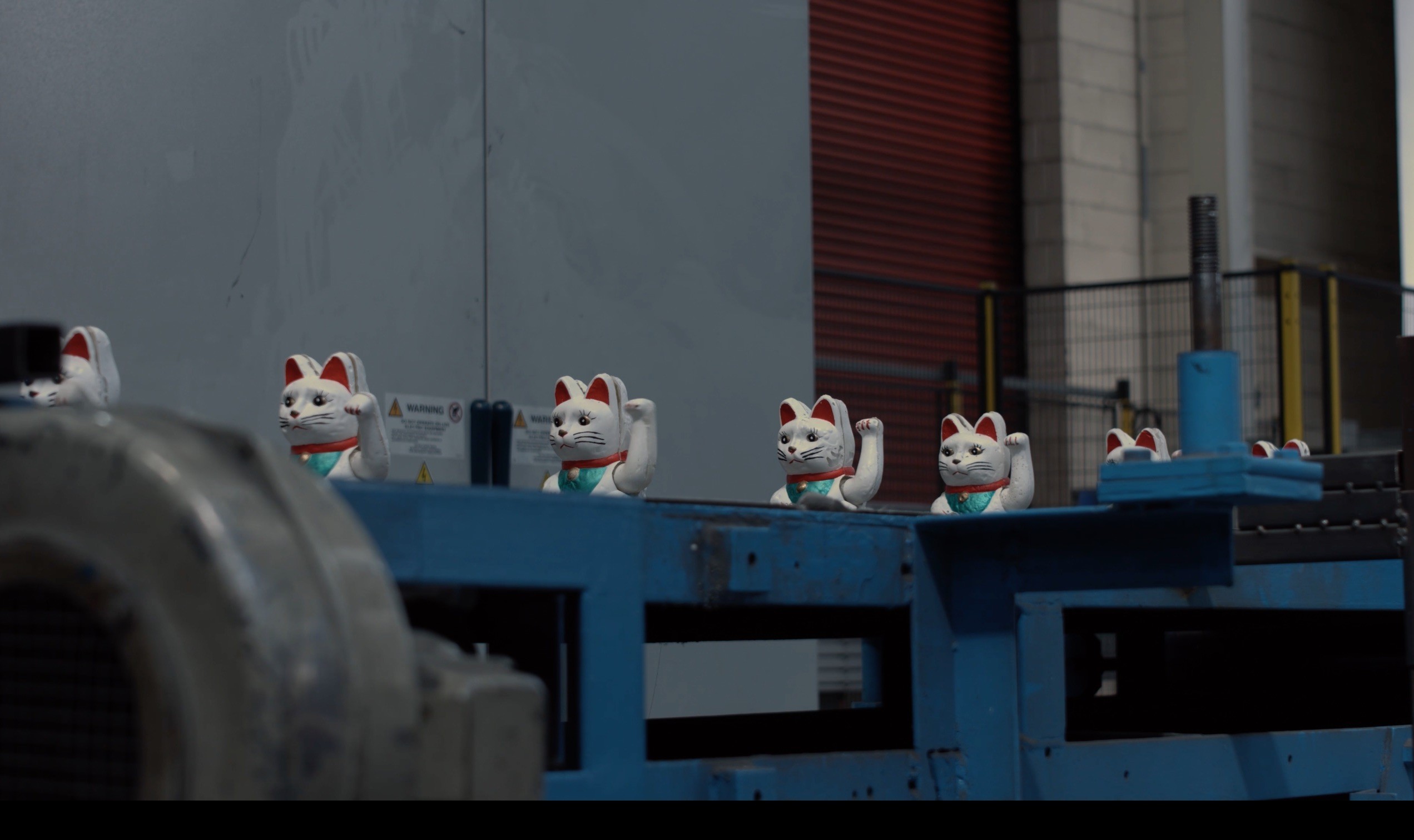 In order to push the boundaries of materials, researchers are trying to imitate Mother Nature. Octopuses, to be precise. Inspired by the octopus’s shape and color-shifting abilities, researchers have created an elastic membrane that lights up in different colors and which could turn clothes into wearable screens and us into walking cinemas. Researchers led by Cornell University’s Robert Shepherd have developed the smart skin, which features a stretchable ionic hydrogel made from aqueous lithium chloride in a polyacrylamide elastomer. This material was first reported in 2013 by Harvard scientists George M. Whitesides and Zhigang Suo. Shepherd’s team managed to incorporate that hydrogel into a working device that can also light up in different colors. But the magic of octopuses stretches far beyond their camouflaging abilities: it involves texture. Historically, texture is the aspect of camouflaging which has been least researched, but Robert Shepherd has created a material that can change its shape: from a flat sheet to a field of stones. Shepherd’s team design used a stretchy silicone sheet and, in place of muscles, used a mesh of synthetic fibers. Normally, the silicone membrane would balloon outward into a sphere when inflated, but rings of fibers constrain it, limiting its ability to expand and forcing it to shoot upward instead. It's no surprise, then, that the project was entirely funded by the U.S. Army Research Office. 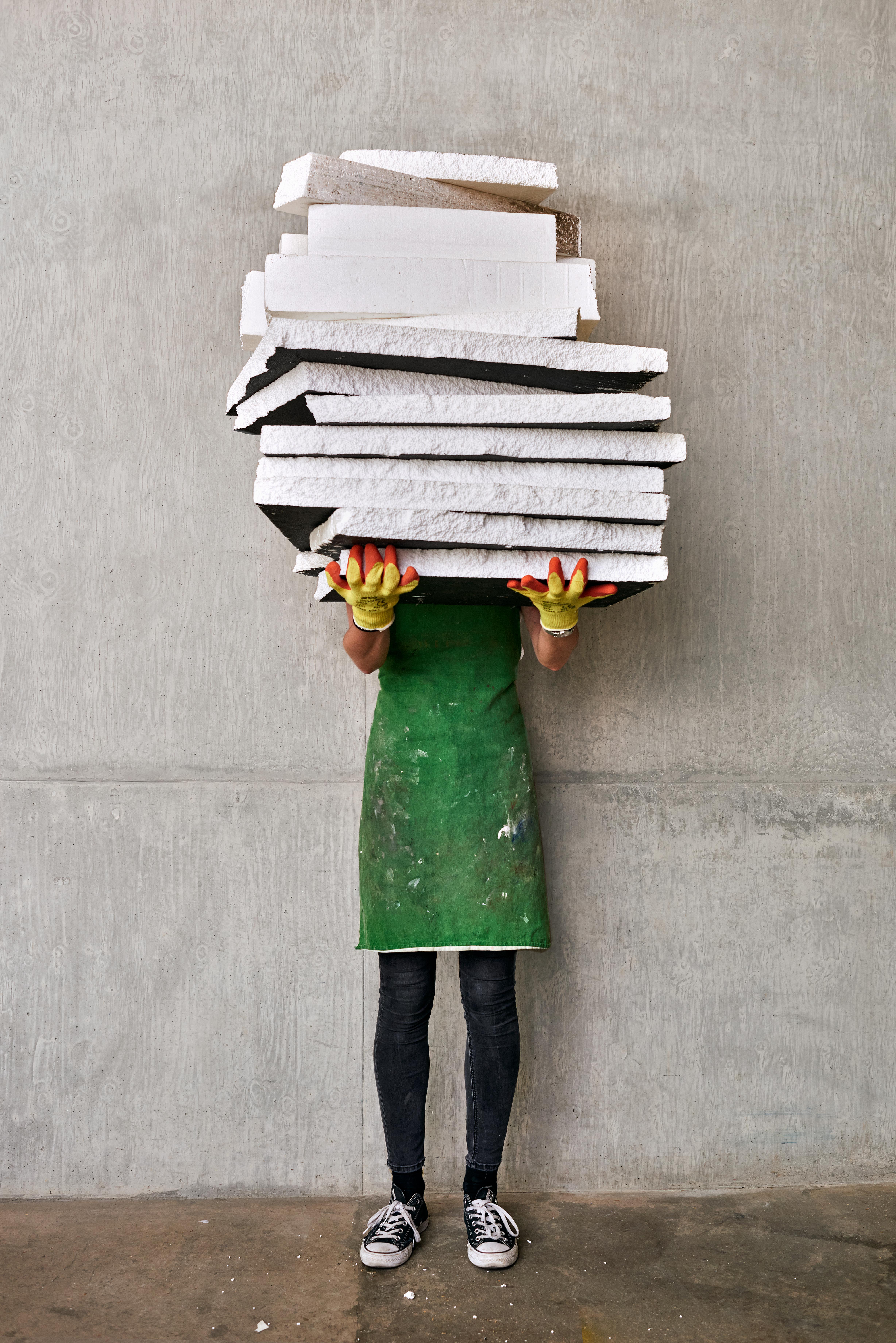 Among the flabbergasting projects of Material Futures, a two-year Master's course at Central Saint Martins (UAL) dedicated to exploring how we will live in the future through trans-disciplinary practice and collaboration, one in particular caught my attention: Foreign Garbage by Katie May Boyd. Boyd found that 30 percent of waste from the UK was sent to China until March 2018 when China enacted a ban on foreign rubbish. Boyd's project focuses on the disposal of expanded polystyrene by creating an alternative recycling process to make deflated polystyrene.

Over the past few years, a number of well-known designers and brands have been promoting the vast potential of recycled ocean plastic. Australian designer Brodie Neill has worked with it to create what he calls an ocean terrazzo. Similarly, Adidas, G-Star Raw and Stella McCartney have all used the material in fashion collections—in partnership with environmental initiative Parley for the Oceans. Burberry is updating its sustainability agenda too, and on April 19th 2018 appointed Professor Sharon Baurley as Chair of the Burberry Material Futures Research Group. The Group applies radical thinking to inventing new sustainable materials, transforming consumer experience and advancing manufacturing to benefit the whole industry and wider community. Perhaps as a result, in September Burberry announced it will no longer be burning unsold luxury goods to protect its brand. 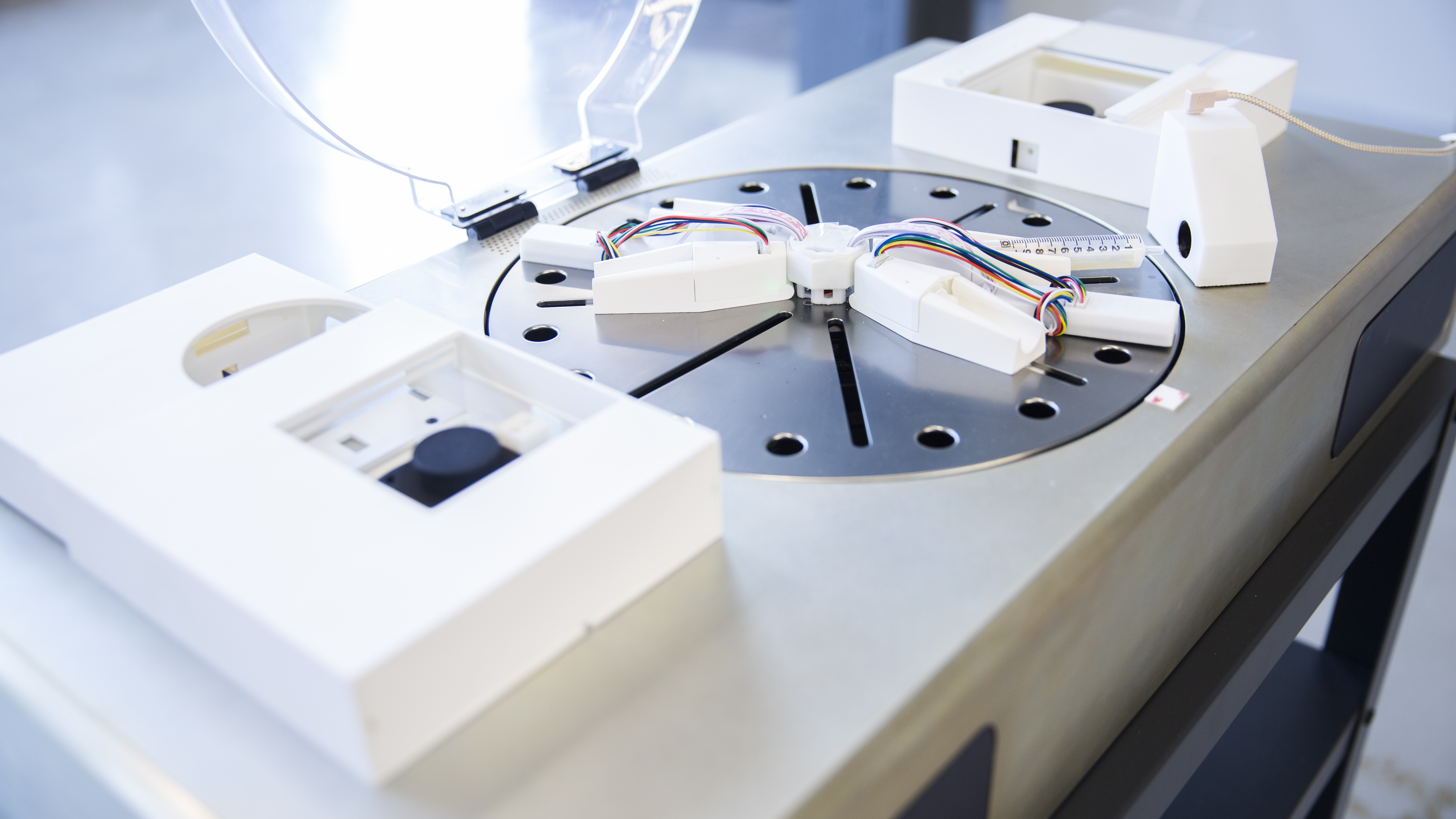 ​While reused plastic is already being promoted as a luxury material, the petri dish Deep learning insoles designed by Puma in collaboration with MIT Design Lab, powered by Biorealize, focus on tracking human performance. Presented at Milan Design Week 2018, Deep learning insoles are silicone-based disposable insoles that contain microbial cultures to monitor biochemical vital signs that change during running or workout routines. The first stratum is a microbial layer composed of mini cavities which are filled with bacteria together with technologies designed to sense various compounds present in sweat. The biochemical change is then registered by a network of electrical circuits which are connected to microcontrollers in the third layer which digitize the signals and broadcast to a smart device for further analysis.

Call them smart clothes, if you like. Some of them even call into question the very concept of woven textiles. With Andreas Greiner at the helm, a team of researchers from Germany’s University of Bayreuth and China’s Donghua University and Nanjing Forestry University found that, through a special production process, they could create a nonwoven material  which was excellent at conducting electricity without compromising on comfort. The researchers’ fabric has a number of potential applications. For example, a piece of clothing could be outfitted with solar cells that convert sunlight to warmth, heating up the garment on a winter day. Sensors embedded into athletic attire could track fitness or health metrics and relay them to a paired device. A pair of pants could charge the smartphone stowed in their pocket. 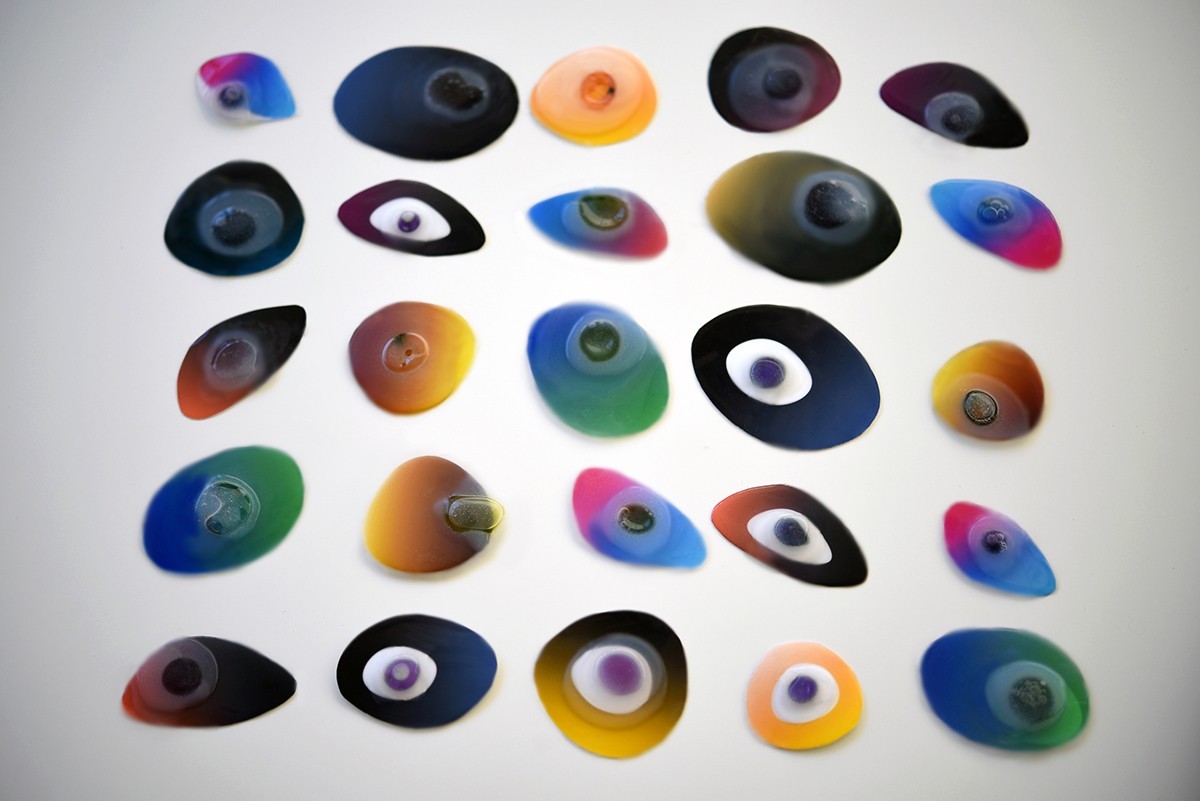 ​In the field of 3D printing, one cool project from MIT’s CSAIL labs is looking to bring color-changing properties to the 3D-printing process in an attempt to help reduce material waste. The researchers call the technology ColorFab. The team’s hope is that the ability to update a product’s surface might stem users’ frequent impulses to buy yet more junk.

The only problem? Junk is one thing consumers are guaranteed to love.