The future of fashion is a landscape where materials take us to a place we never imagined. One example? Mushrooms. Not Just A Label contributor Louise Stern sheds light on the new and potentially revolutionary developments in how we use mushrooms to replace plastic, leather, and so much more. 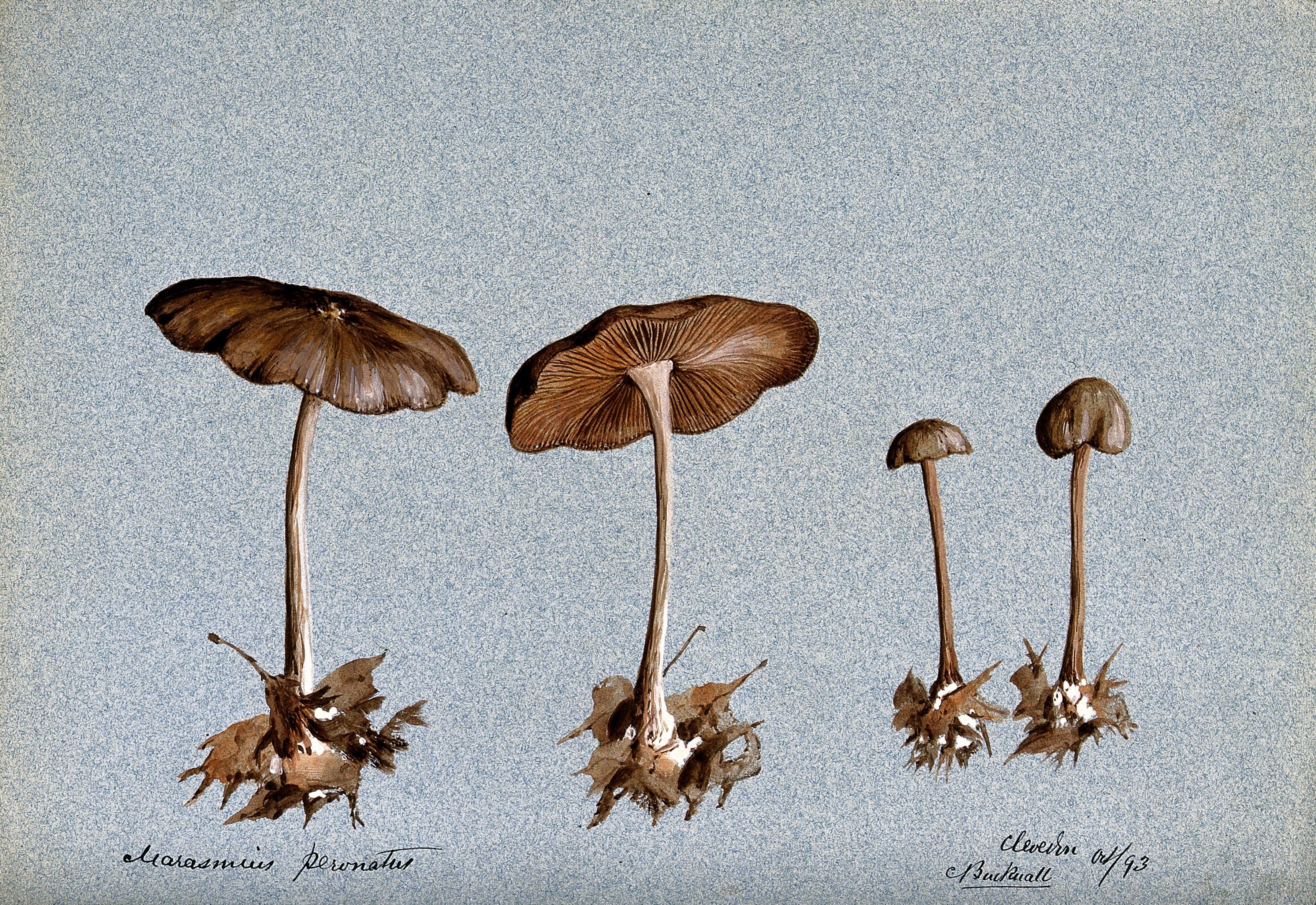 Mushrooms have always loomed large in the human psyche and imagination, making appearances in fairy tales and the work of writers from Molière and Keats to Shakespeare, who wrote “You whose pastime / Is to make midnight mushrooms.”

Now, fungi are bringing a new sort of magic entirely to the world. They are key to a number of technical advancements that may bring relief to the ecologically unsound practices previously thought to be irretrievably bound up with the plastic and leather industries. 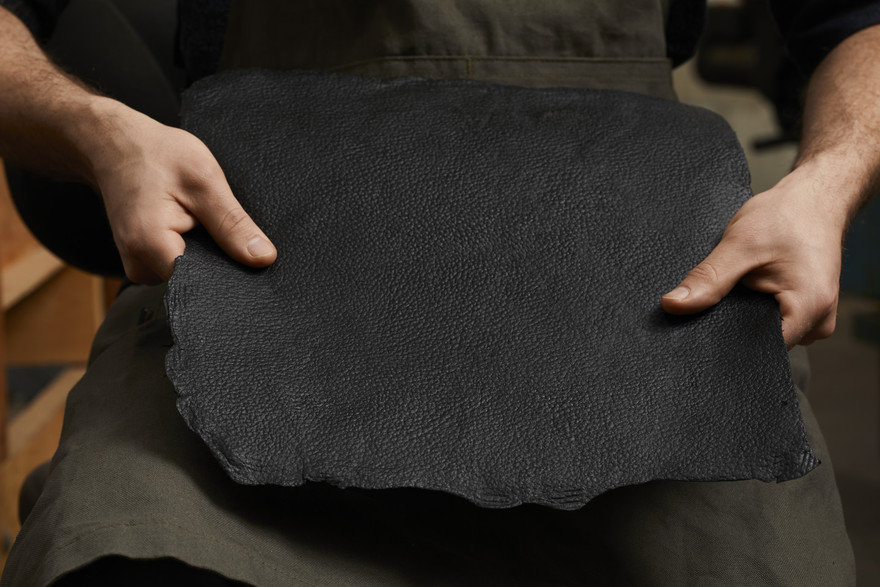 Scientists estimate that there are six times more species of fungi than of plants in the world. Of these, more than 93% are considered to be still unknown to mankind. The perfect case study to represent the tremendous potential of these anonymous organisms is aspergillus tubingensis, a type of fungi identified in 2017 by Chinese scientists working on a rubbish dump in Pakistan. Aspergillus tubingensis has been found to disintegrate plastic within weeks. Incredible, right? 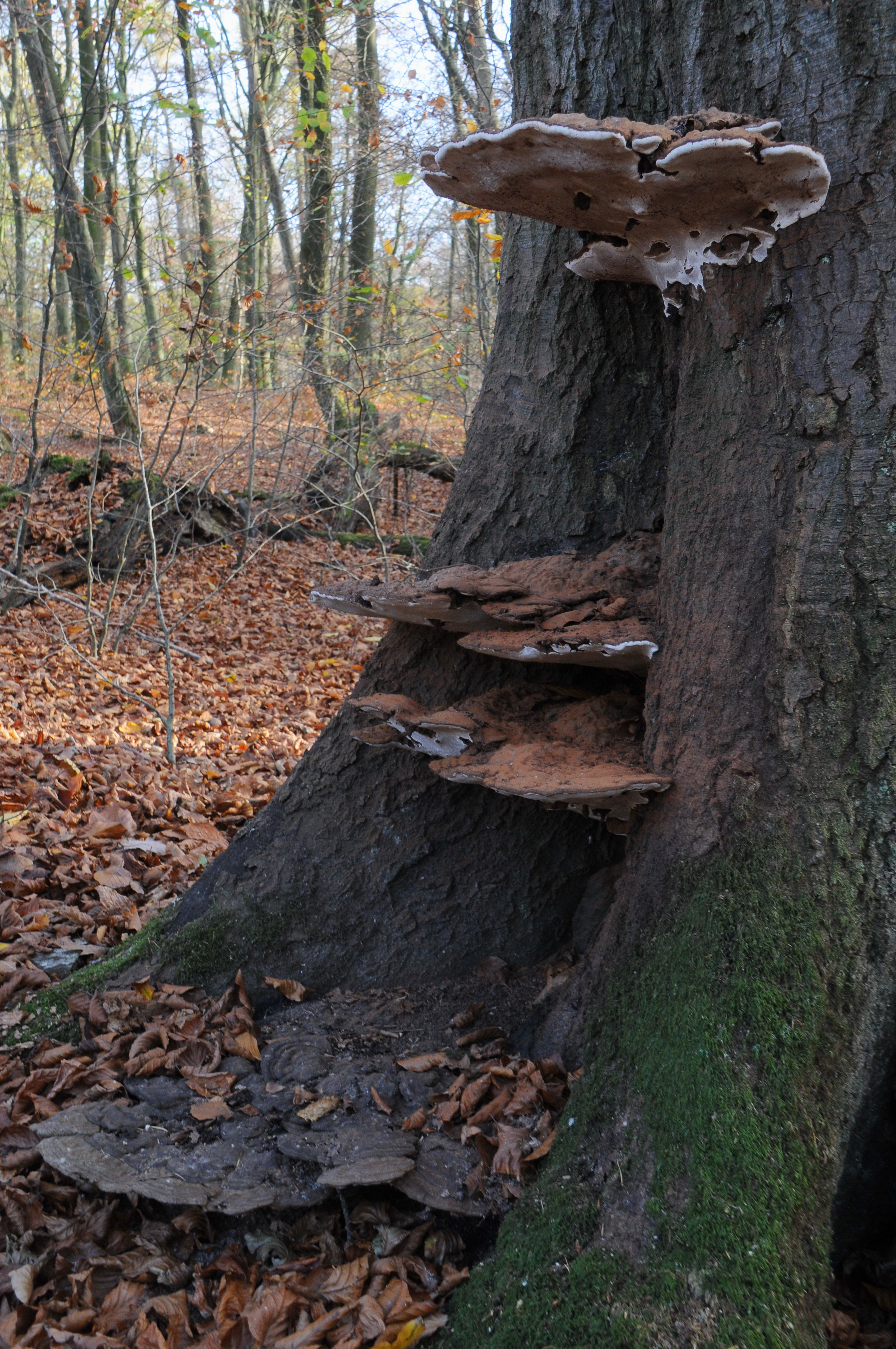 This discovery is centred on the mycelium of aspergillus tubingensis. Mycelium are the filament-like part of a mushroom, which basically act as its roots; in this case, mycelium were able to decompose plastic molecules. Scientists are currently working to advance the possibly transformative discovery—which could be an entirely sustainable answer to the world’s plastic infestation.

Going even further, mushrooms may even help replace plastic entirely. Mycelia are also at the heart of this set of possibilities: but in this instance, mycelia welds together rather than breaking apart. Ecovative, a company based in New York, has developed a way to utilise chitin, an organic plastic generated by mushrooms, and mycelia to bind agricultural waste together into a new substance. Ecovative is already able to produce buoys, rafts, and cost-competitive packing material, and the company is opening a manufacturing plant in Iowa. It anticipates offering alternatives to other types of plastic such as insulating foam and wood composites. Not only do Ecovative products decompose naturally, but their production does not require petrochemicals or glues with formaldehyde.

While plastics are of course relevant to the fashion industry, as they are to almost all industries in our society, leather is especially symbolic.  Designers from Stella McCartney to Matt n Nat have long striven to find fashionable alternatives to leather, and mushrooms may be a way forward here as well. A number of companies and fashion designers have introduced highly breathable mushroom leathers made from sheets of mycelium fibres. 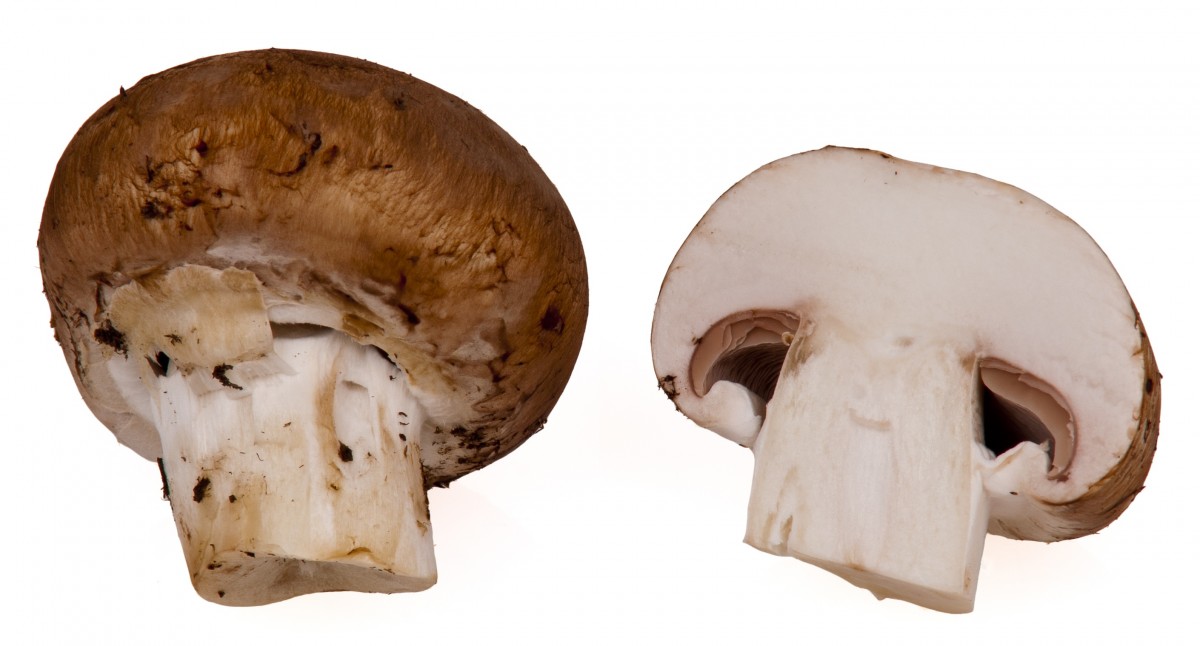 By manipulating the material at different stages of its growth, a variety of textures, thickness, and colours can be created, removing the need for dying. Zippers, buttons, and other fastenings can be formed within the mushroom leather itself rather than added later in production.

Not only does mushroom leather not necessitate the environmentally unfriendly breeding and slaughter of animals, but the highly toxic and inhumane tanning process is sidestepped. Consider that the farming of livestock for use in food products engenders 14.5% of global greenhouse gas emissions—more than all vehicles combined. Although leather is often seen as a by-product of the meat industry, it can bring in more money than meat. This only magnifies the importance of mushroom leather. Not only could it be a much more eco-friendly alternative to raising animals, it would actually help to reduce waste from agricultural farming. As in the production of mushroom plastic, the process of making mushroom leather involves the ‘feeding’ of agricultural waste to the fungi. Mushroom leather is also much more time-efficient; a piece of material the same size as a hide from an adult cow takes only two months to grow, as opposed to the two years it would take to raise the animal. And mushroom leather is entirely and easily compostable. 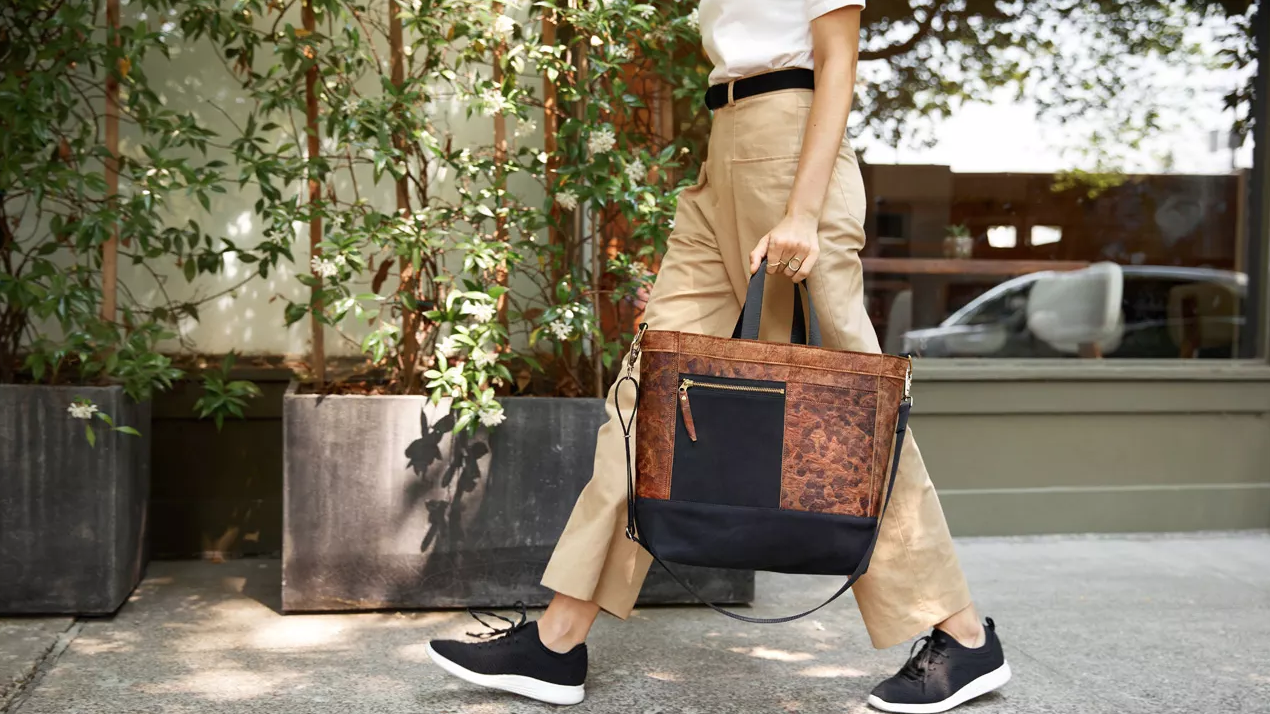 Research into other possible ethical uses of mushrooms include using them to break down excess bleach from cotton production; produce bio-fuels from agricultural waste; and help to use less water in paper production. Mycelium is also being introduced into lighting design and the construction and automotive industries, among others.

All of these developments, and all of these species of fungi that remain unknown to humanity, give that beautiful quote of Shakespeare’s entirely new meaning. You whose pastime is making midnight mushrooms—just may be saving the world. 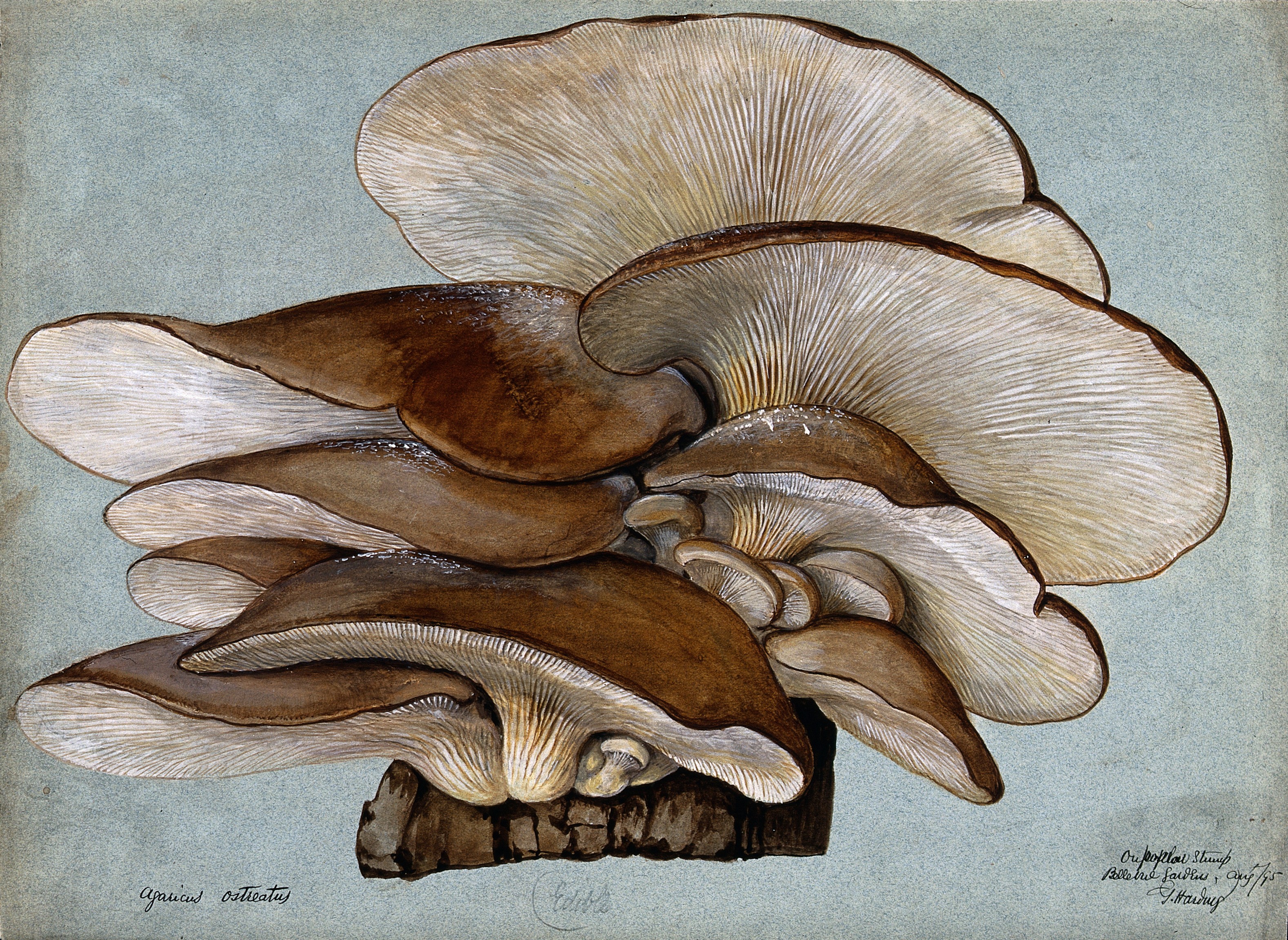