To celebrate the launch of NOT JUST A LABEL | Made in NY – a dedicated retail hub for handpicked luxury fashion made in New York City, Sass Brown applies a lens on New York’s world-class fashion design and manufacturing sectors and explores what it really means to be "Made in New York”.

New York City has been synonymous with the maker movement since its inception. The ebbs and flows of neighbourhood culture have seen the shift of the creative community from one neighbourhood to another, fuelled by authentic architecture, creative innovation, and a sense of community. New York is experiencing a design renaissance, with fashion innovation no longer restricted to the narrow tract of land that constitutes Manhattan’s garment district.

The creative community is spread across its five boroughs, from Manhattan, to Brooklyn, Queens, the Bronx and Staten Island. Greater New York is a hotbed of independent creativity, that spans fashion design, filmmaking, chocolatiers, independent brewers, and makers of every stripe. The antithesis of mass market, design here carries the stories of their makers, and incorporates value beyond the individual components. New York is home to a network of emerging designers, artisans and craftspeople, that collectively offer an alternative to the mainstream fashion system, and encourages individual entrepreneurship, creative independence, and expression. 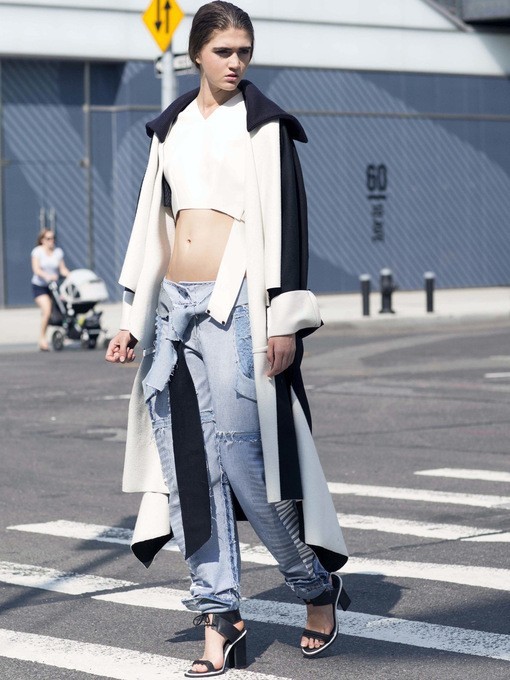 ‘Made in NY’ is in celebration of New York’s spirit of creativity and history of skilled craftsmanship, and represents the originality, artisanship and diversity of locally manufactured fashion products. Investing more than $10 million in the creative economy, the Economic Development Corporation (EDC) supports a range of initiatives designed to strengthen the city’s design and manufacturing sectors. NOT JUST A LABEL | MADE IN NY is a temporary retail space comprised entirely of locally designed and manufactured designer goods, celebrating and strengthening New York’s world-class fashion design and manufacturing sectors. NJAL’s New York City fashion hub features over one hundred individual stories, each one unique, and each with its own connection to the city beyond simple manufacture. The collaboration of NJAL and the EDC is a match made in heaven. The NJAL platform represents designers from over one hundred and ten countries around the world, with more than three thousand based in New York alone. Founded in 2008 in an effort to infuse new life into the fashion system, NJAL has become a critical platform for the celebration of independent design, promoting collaboration, transparency, and shared innovation. A proud supporter of emerging design and cutting edge style, NJAL have an incredible history of pioneering new trade show models, with the founding of Origin, Passion & Beliefs (OPB) in Vicenza, and pop-up events in Dubai and Berlin this year alone.

New York is home to more fashion designers and retailers than any other city in the US. The city’s fashion industry employs 180,000 people, accounts for 6% of the city’s workforce, and generates $10.9 billion in total wages. New York’s fashion industry is an essential part of the economic and cultural vitality of the city. With a history spanning almost a century, it has evolved from a hub of heavy manufacturing to a laboratory of creative and innovative expression. Home to some of the most renowned fashion schools in the world; FIT, Parsons, and Pratt, who count Calvin Klein, Donna Karan and Betsy Johnson amongst their alumni; iconic names that helped shape the US fashion industry. The city is also home to Vogue, and Women’s Wear Daily, and hosts one of the most successful fashion weeks in the world, generating $773 million in economic impact each year. 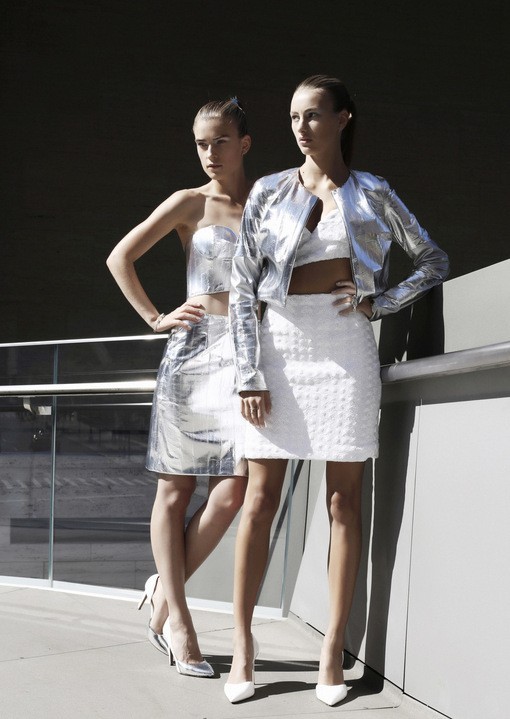 New York designers have traditionally been able to purchase raw materials, and work with manufacturers to cut, sew and assemble finished garments all within a few square city blocks. The narrow tract of land that constitutes the Manhattan fashion district has now expanded to include designer hubs in places like Bedford Stuyvesant and Industry City, Brooklyn, where the creative energy is palpable. The city’s iconic status as a fashion capital, contributes significantly to one of the most dynamic cities in the world, and has helped shape the creative identity of New York.

The history of New York City’s garment district extends far beyond just clothing. The fashion industry has played a vital role in New York City’s economic history, and contributed significantly to many of the cultural and economic changes over the last century. It has helped fuel the development of a host of other industries, including finance, marketing, merchandising, advertising, modelling, photography, film, publishing, education, theatre, and tourism. The industry’s contribution to New York is beyond measure and central to the cultural eco system of the five boroughs. New York fashion has continued to adapt in response to market shifts, moving away from mass production to specialise in areas with a competitive advantage.

The success of New York’s fashion industry has been to a great degree, its proximity to labor, supplies and the supporting trades. Beginning in the mid 19th century, the city’s fashion industry was built on mass marketed and mass produced clothing. New York’s geography as a port city, allowed for the easy importation of supplies, as well as provided access to other markets. Fuelled in part by the first department stores and the development of a New York shopping culture, the city’s garment industry grew rapidly. Manhattan’s Lower East side became an early centre for garment production, much of it in crowded tenement apartment buildings that became known as “sweatshops”. These small factory units played an important role in the development of a myriad of legislation that changed industry standards and influenced policy and politics. 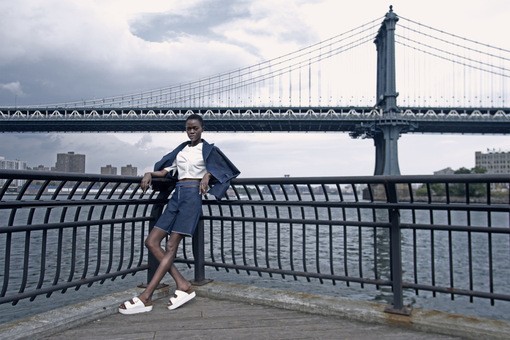 The garment industry has always been an industry that relied on skills not machinery, allowing for a low point of entry for those struggling for a better life, incorporating and benefitting from the various waves of immigration. It provided skilled jobs for generations of recent immigrants and working class New Yorkers, and remains one of the few manufacturing clusters where young entrepreneurs can launch a design led company and begin to climb the economic ladder of success.

New York has a true dynamism and energy that is unique, supporting individual creative expression. There is a palpable sense of creativity in so many neighbourhoods around the greater New York area. The breadth of diversified creative expression is a treasure worth supporting, enjoying and building upon. By purchasing your latte at the local independent café, your chocolate from a local maker, your craft beer from a local brewer, and clothing from an emerging designer, you are ensuring the future success of the creatives that make New York unique. Home to a myriad of designers challenging the system at every turn, from the fashion calendar to the production process itself, New York designers are building new models of showing and selling their work.

NJAL continues to disrupt tradition by offering designers the opportunity to show and sell direct to customers, to hear their stories first hand, and to invest in ‘Made in NY’. So enjoy!