A DESIGNER'S STUDIO IS NOT JUST A PLACE TO WORK: IT'S A SPACE WHERE CREATIVE ALCHEMY OCCURS EACH AND EVERY DAY. FROM INSPIRATION BOARDS TO COLLABORATIVE CORNERS WHERE IDEAS COME TO LIFE, EACH DESIGNER'S STUDIO IS A REFLECTION OF THEIR UNIQUE AESTHETIC AND APPROACH TO DESIGN—AND THAT'S WHY WE ARE TAKING YOU INSIDE THE STUDIOS OF OUR NJAL DESIGNERS. For NJAL designer Harpa Einarsdottir, the creative process when it comes to crafting piece for her brand, MYRKA, thrives within her co-working space in the vibrant city of Reykjavik. 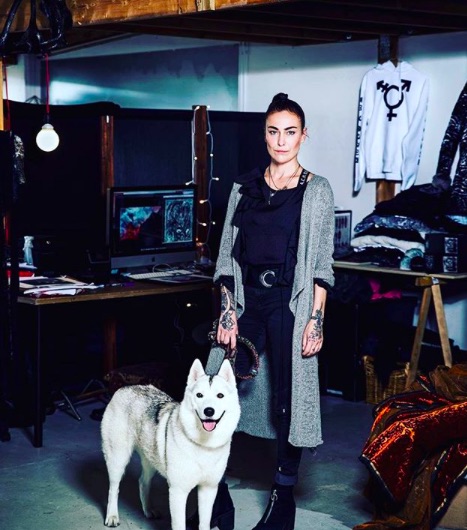 Which city and particular neighborhood is your studio located in?

I´m a part of a collaboration studio called Minør Coworking based at the Old Harbour area in Reykjavik. It was a service harbor until recently, which was both the heart of the city and the catalyst to its formation. The city grew up around the harbor, which was one of the main centers of the Icelandic traveling and fishing industry in the early 20th century. It is now blossoming with key art galleries, several museums, and excellent restaurants.

What made you choose this particular space and location?

I started working there a few years back, shortly after I founded MYRKA. I had been taking a break from the industry and focusing on other projects for some time—mostly my art—but after a while it made me feel kind of isolated and I felt the need to be around other creatives. My friends found the space, which is quite big—it used to be an old fishnet factory and they managed to make it into an amazingly beautiful work environment and I´m proud to say that they won COWORKER Members' Choice Awards 2018 for the best co-working place in Iceland. The space has brought me many good friends and current employees for MYRKA. 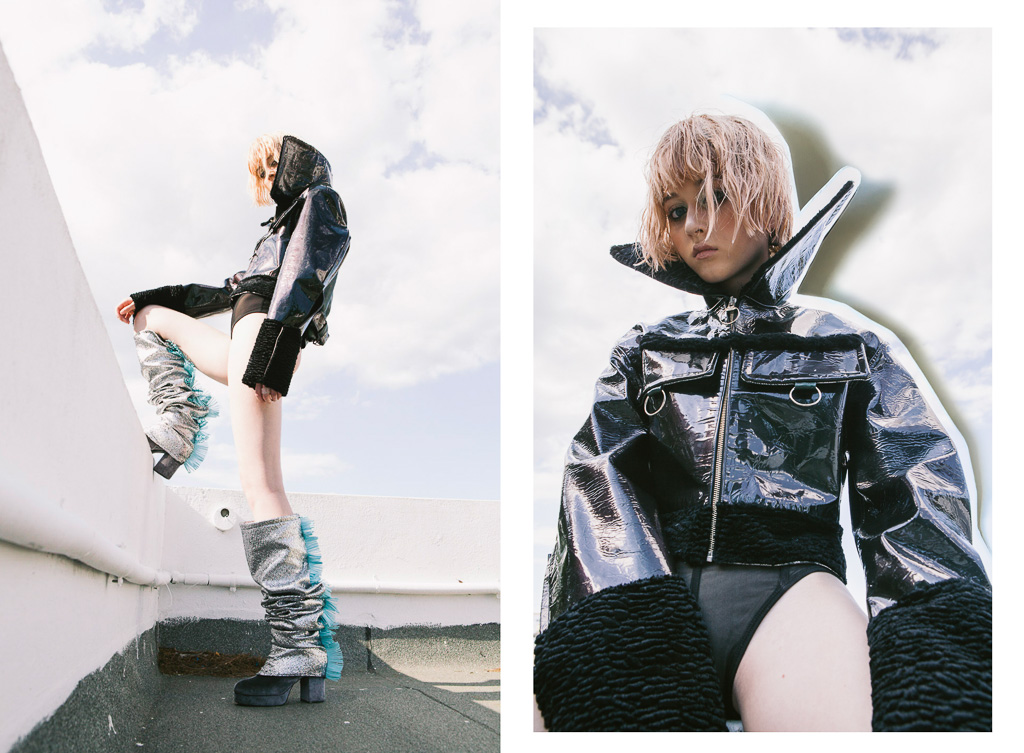 There are so many good things about the area, for example, my favorite restaurant Coocoos Nest and next door the Holistic Gypsy Bar & Boutique, Luna Florens, the best yoga studio in Iceland is the next floor down, Solir Yoga—I also love the view and short distance from main downtown area. There is only one really bad thing about the location and that is that there is still a fish factory in the building and it can smell really bad on busy days!

What made you decide to create a fixed base with a physical studio space?

I have been a part of a co-working studio before, it wasn't always so easy, and I have worked in other different spaces and places, but Minør has become my second home and the people here are my family. I feel very fortunate to have found my way here—and I feel fortunate that I've stuck around, which is quite rare for me with my gypsy heart. 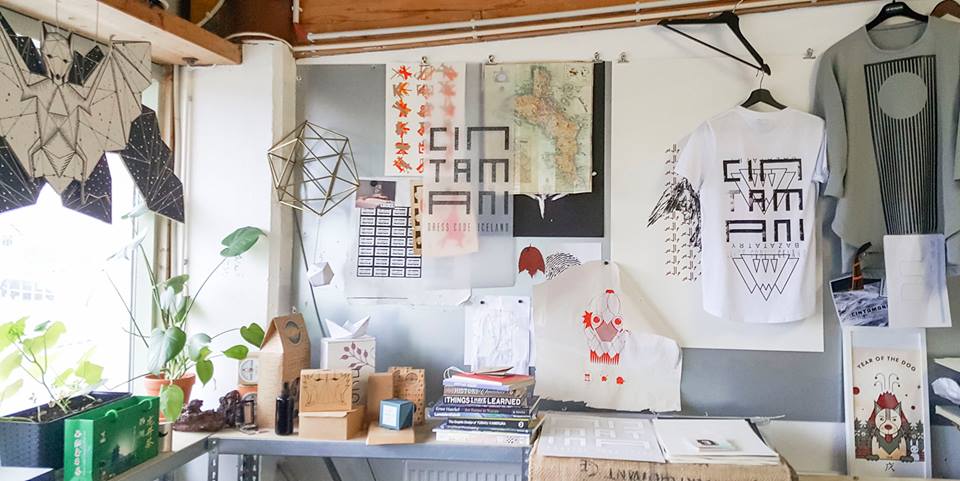 How do you think working in a studio plays a role in the design process?

It plays a very important role—you build your own work routine, you know how things work around you, and it´s fair to say that it creates a security when you get into the center of the brainstorm; it can be a vulnerable time in the design process when you start designing a new collection, at least for me, and it really helps to feel good in an environment that you vibe with.

Tell us a bit about your space. What are you favorite components?

I have moved around in the space a bit. I can make a complete mess when I´m in the experimenting mode, and I know it can be pretty annoying with all the craziness that follows for the people closest to me. So, recently I took over the largest space in the studio. It is sort of a balcony with a view over the whole space, and up there I created a cave for myself and my computer. I mostly use my Mac and Wacom board while sketching and creating prints etc. and I try to keep it clean and neat in there. Downstairs is a kitchen and hangout area. My ultimate favourite part besides my cave is the atelier itself—it's where the magic becomes a reality, whether it is sample-making or having fun times with the amazing people around me. 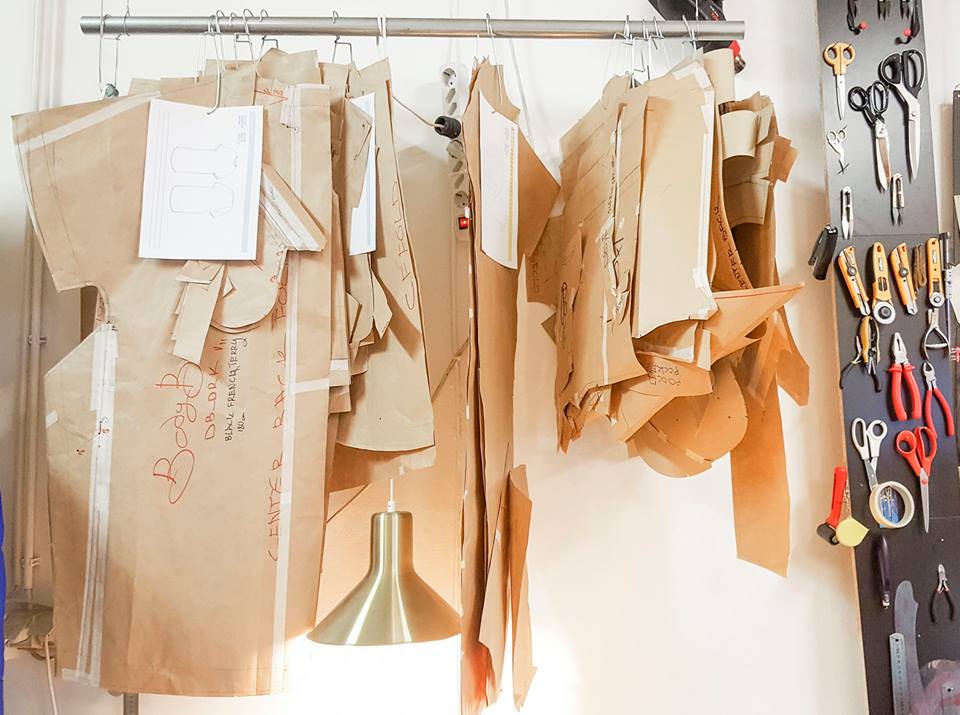 Where do you feel the most inspired in your space?

On the couch on the balcony. It's where I allow myself to just chill and enter a meditative mode where ideas come to me. I also find it very important to take some time to play with fabric and patterns, and I usually experiment when I'm on the balcony.

What’s your creative process like? Has it changed since working in your space?

I am quite disorganized, so that's something that has not changed! My skillset has grown very rapidly, though. I work a bit like a painter—I like to create worlds, scenarios, characters; I like to play like a kid in a sandbox.

In the beginning of creating a collection I usually start with creating a rough mood board, then I do at least one digital print. I sketch a lot, usually when I´m supposed to be falling asleep. Sometimes I find a unique fabric that becomes the glue in the collection. I try to have some message—often political or environmental—I like to play with my creations, I also want to have something to say. I want to try and make the world a little bit better. When samples are ready I do fittings, photoshoots and craft a campaign, which sometimes means creating campaign fashion films as well. One was featured on NJAL called Myrka Dottir. It is often the most fun part of the process. I love creating events and fashion films and collaborating with musicians and other creatives. 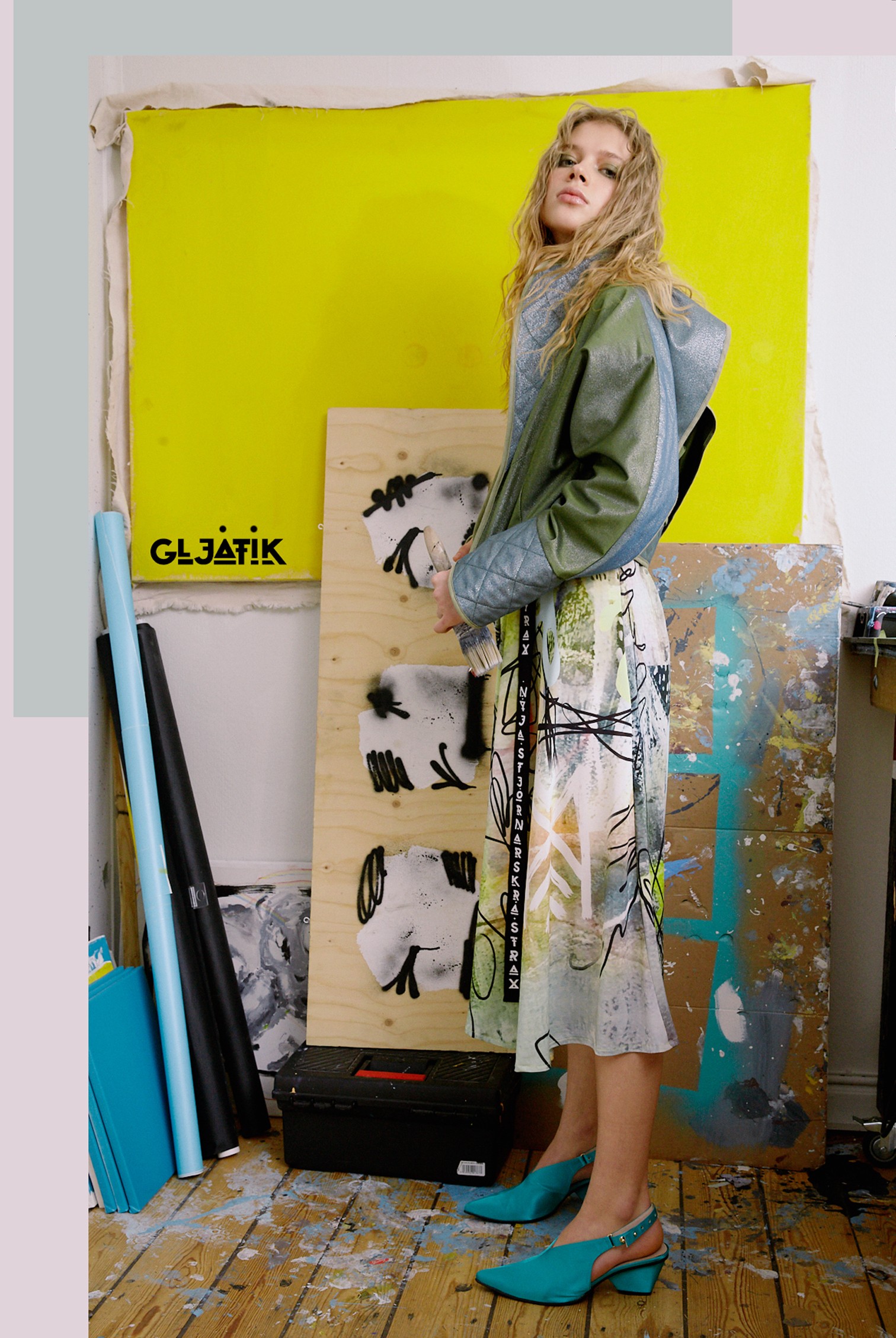