The world of fashion is filled with countless inspiring individuals full of insight and advice. We last heard from EVERYBODY.WORLD's Iris Alonzo in the first part of this series, where she spoke about her career beginnings at American Apparel and how her experiences there led her to where she is today.

Part one teased the formation of EVERYBODY.WORLD. In this second installment of our Industry Insider feature, we chat with Iris to learn more about the genesis of EVERYBODY.WORLD and discuss how a business model born from and rooted in sustainability takes form in today's fashion realm. 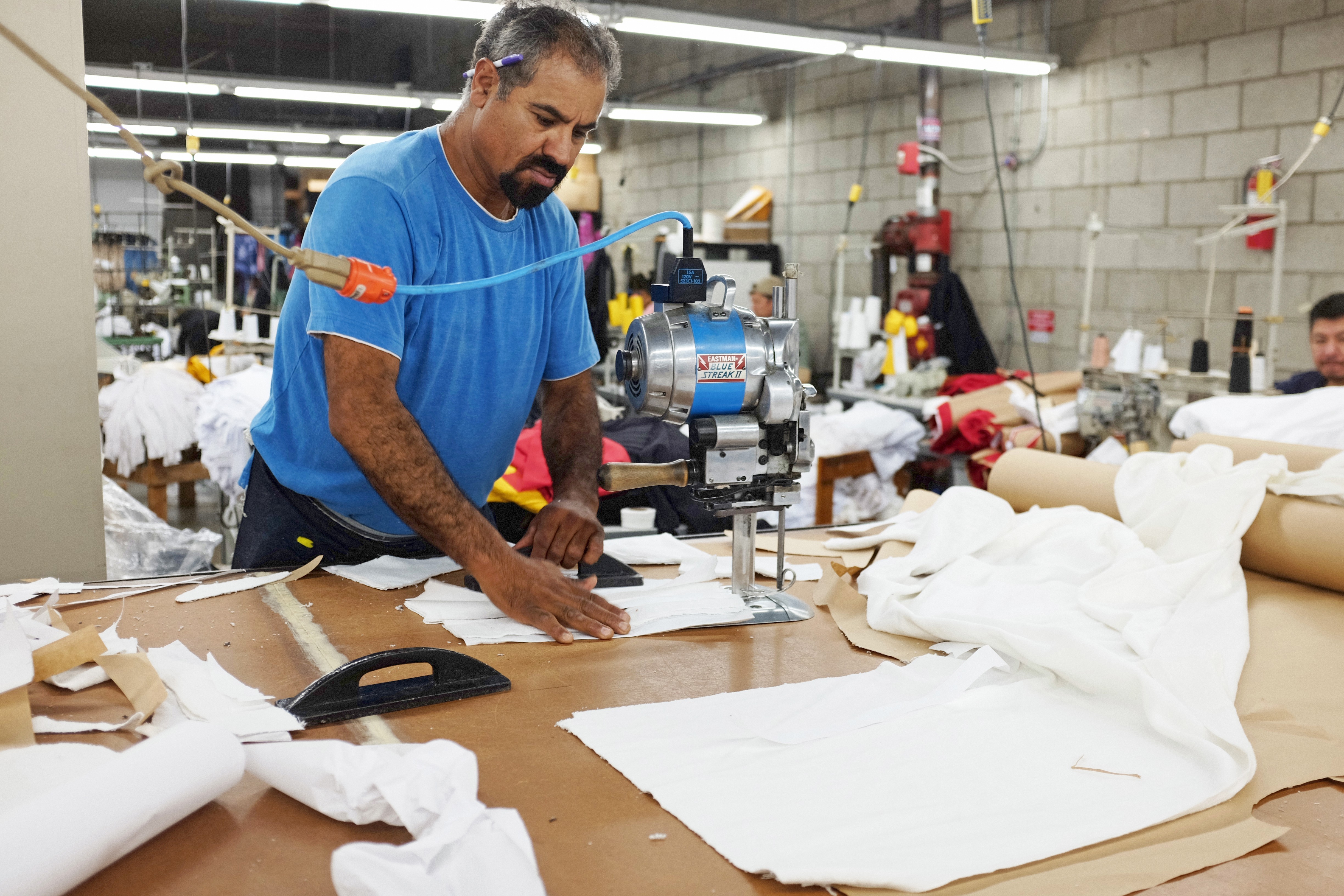 We can learn a lot in terms of what it takes to run a sustainable fashion brand from EVERYBODY.WORLD's story. For Iris and Carolina Crespo, it was a no-brainer to create products that were rooted in deeper values.

We summed up the things we believe in at EVERYBODY.WORLD into three points: workers, ecology, and ideas. First off, we believe in fair wages, ethical practices, and truly caring for our workers. This deeply instilled ideal came from my time at American Apparel and that will never change—that’s the one thing that we adhere to and that we brought over to EVERYBODY.WORLD—take care of them. There were other things that were important to us when we started the company as well, especially waste.

The concept of waste really threw us off when we started thinking about the fact that starting a business could mean we were part of just making more stuff. We decided that if we were going to do it, we were going to approach it from an ecology perspective. As a manufacturer and business owner, you're making 1,000 decisions every day and every time we make a decision we made a commitment to ourselves to ask if this is the right or wrong thing for the planet. We always just try to make the right decisions. And as we grow and have slightly more resources, we’re able to be even more proactive about this stuff. So, that came from knowledge and things we learned at American Apparel, but we committed to it here.

Another thing that was actually inspired by American Apparel, but not in the way you might think, is the ideas—here, we pay a commission to a designer to help us design a collection. After leaving American Apparel and having some time to decompress, I was thinking about what I was responsible for and I realized that if I had a dollar for every idea that ended up making close to 10 billion dollars over the course of 10 years, I’d have a much larger savings account. It made me rethink the process. So, we decided to make sure that the people coming up with the ideas were valued for those ideas, and not just valued and appreciated but compensated. Very few people I know have just one job. You’re piecing together your salary from many different places and we wanted to make sure that what we do is a viable part of these people’s lives. 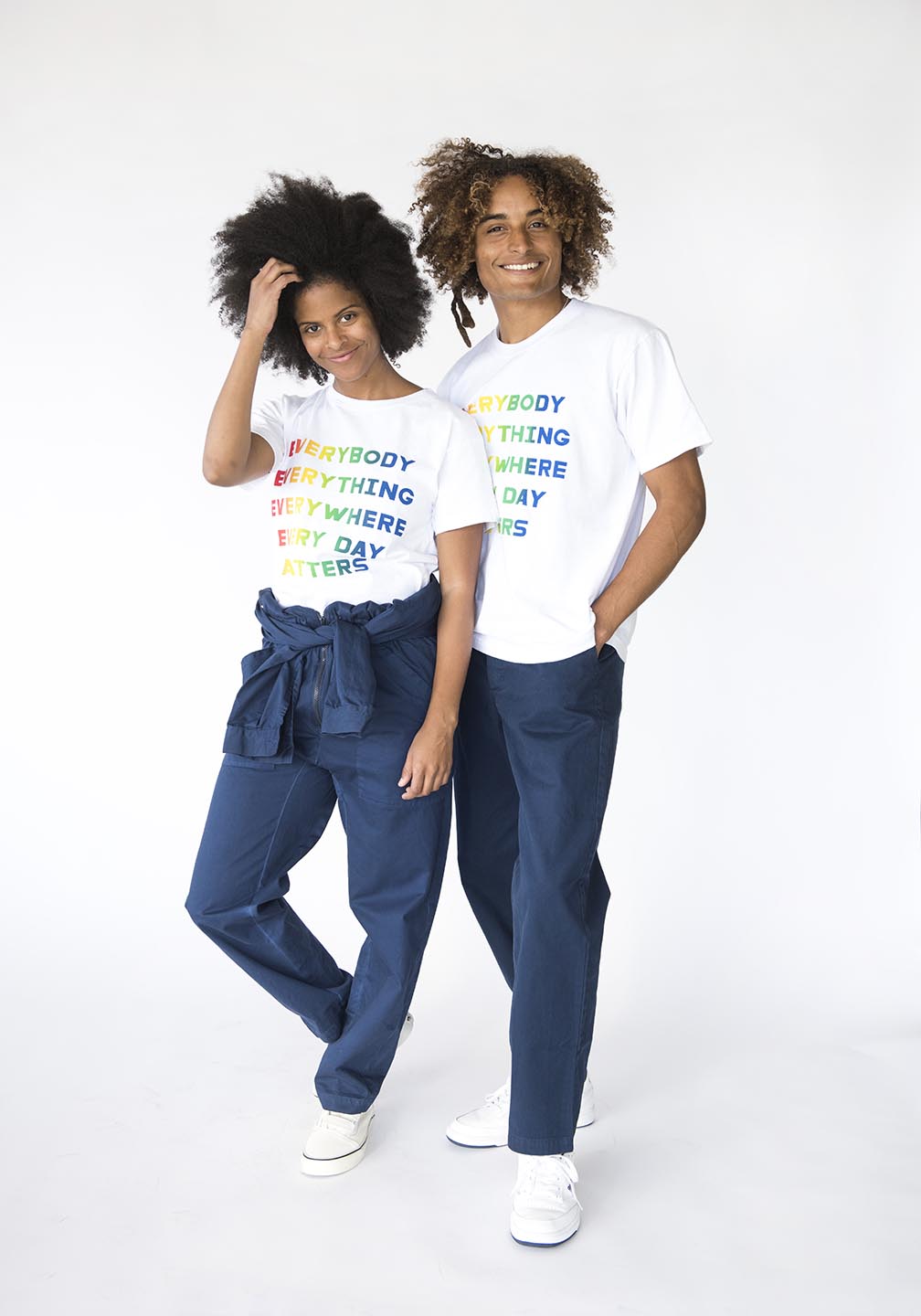 Stating and establishing values for a company is one thing; actually enacting those values through business decisions is another. Asking questions, thinking through the difficult turning points, and committing to your beliefs is essential.

When you wake up in the morning and you think about what you’re going to do with your day, you probably don't have the thought of “I think today I'm going to screw over some people and screw over the planet." Maybe you think, "Okay, I'm going to make money." If you didn't wake up and think about screwing over the planet and those within it, then you have to think about what you're doing to make money and how it impacts those things around you. You have to know what you believe in and commit to it.

That means you have to do a little more research and you can’t pull the trigger to make these decisions right at that second. Sometimes you have to make these immediate choices, but you just have to try to know more about what you’re doing and then do the best you can. Everyone makes mistakes along the way, but you just have to really know what you believe in and stick to those things, because if we were wavering about any of our ideals—even just one—then it doesn't work.

Smaller brands have the power and capabilities to drive their business in a way that can make positive change in the fashion industry. Actions speak louder than words, however, and there shouldn't be an in-between.

It’s a slippery slope. You either put your actions where your mouth is or you don't get to say that you have these larger beliefs that drive your business. You have to really ask yourself, “Am I the person who wakes up and exploits people and the planet?” Small brands and small businesses—we’re not these giant cruise ships in the ocean. These larger companies such as LVMH are just giant tankers heading in a direction, and to change course for them is a massive undertaking. Of course these companies are all doing things along the way, but for them to actually change course in how they're doing things, it just feels daunting and impossible—I don't even know if they would be able to do it. But small companies, we’re like little speedboats in the ocean. We should be able to make decisions that go in the direction that humanity, business, academics, intellectuals, and artists are going. We have to preserve the planet and treat people right. And that’s it. It’s basic decency.

In the third installment of this series, we'll dig deeper into the discussion of sustainable fashion, talking more about the current landscape of fashion and highlighting the ways in which emerging designers can create collections and businesses that make a positive force on our planet and the people in it.