How To Really Make It In L.A.

It's a little-known fact that the home of Hollywood employs four times as many people in manufacturing than in film and television, and more than all the creative industries combined. Here, the Chief Instigator of Mayor Garcetti’s MAKE IT IN LA initiative Krisztina 'Z' Holly shares what she has learnt about the city’s manufacturing ecosystem after a year-long study.

Earlier this year President Obama announced that Los Angeles would receive $70 million of public funding, an additional $70m were raised by LA City to build the Smart Manufacturing Innovation Institute.

In case you are scratching your head over what business the Southland has running such an institute, you'd probably be surprised that Los Angeles is the largest manufacturing center in the country. In fact, the metro area employs more than half a million people making just about anything, from packaged food and designer jeans to rocket ships and biomedical devices.

Which is why when I joined L.A. Mayor Eric Garcetti’s team as Entrepreneur-in-Residence, I embarked on a year-long study to better understand the manufacturing ecosystem.

We surveyed 1,600 businesses in L.A. County, did GIS analysis of 30,000 local companies self-reporting as manufacturers, hosted roundtables and CEO focus groups, interviewed about 100 leaders and hosted an urban manufacturing summit. Thanks to generous support from Dun & Bradstreet, the LA Chamber of Commerce and other partners, we were able to get a deeper glimpse into what makes the manufacturing ecosystem of LA tick. Here’s what we found. 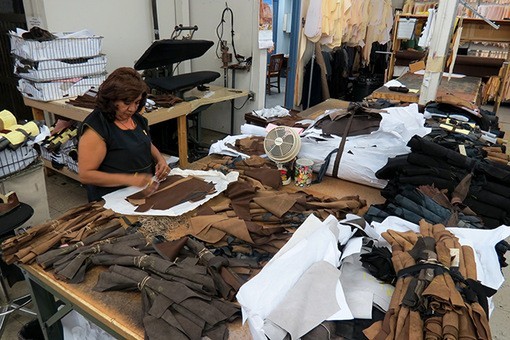 One of our most surprising findings was that 58% of manufacturers reported excess production capacity. That means that more than half of our manufacturers have their factory floor sitting idle part of the time.

Meanwhile, local companies are interested in sourcing more locally; 86% of companies that are sourcing products and services already do some sourcing locally, and the majority of all companies expressed an interest in doing more.

Meanwhile 42% of all businesses projected an increase in sourcing needs in the coming year. All of these businesses could be a source of growth for local manufacturers if we could better connect customers with suppliers.

Companies like BriteHub, Makers Row, Syncfab, Connectory and the Etsy Manufacturing initiative are all trying to connect designers and entrepreneurs with domestic contract manufacturers.

But we found through focus groups and follow-on surveys that manufacturers value face-to-face relationships. And while some industries like aerospace are familiar with contract manufacturing, many companies haven’t done it yet—but they want to learn more. There is a great need and opportunity to connect and inform the whole ecosystem at a local level. 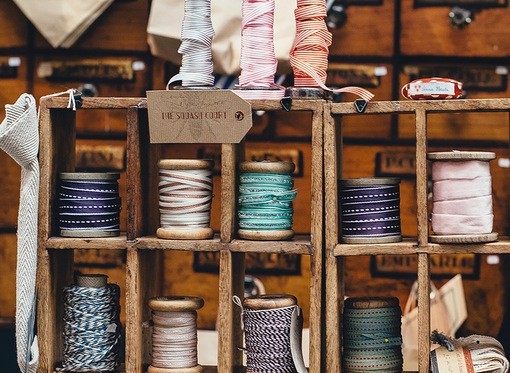 Not all entrepreneurs fit the stereotype

Nearly half of all respondents were women- or minority-owned companies. Most of our respondents were entrepreneurs in the sense that they ran their own businesses, but only 15% of entrepreneurs self-identified as “startups.” The average company was well-established, with an average age of 25-years old! And even for companies self-identifying as startups, contrary to expectations, the majority were more than 5 years old.

More than two-thirds of businesses thought startups can be a source of business growth and could lead to more innovation. Furthermore, 55% of businesses expressed an interest in exploring partnerships with startups. Helping startups tap into LA’s vast industrial base could grow the economy and employment.

In the last three years, at least 2,679 new startup manufacturers were founded in LA County. These numbers do not include non-manufacturers that play a role in the ecosystem. Some of the most interesting startups driving the manufacturing industry these days aren’t producing products themselves, but are plugging into this quickly burgeoning ecosystem as suppliers and customers. 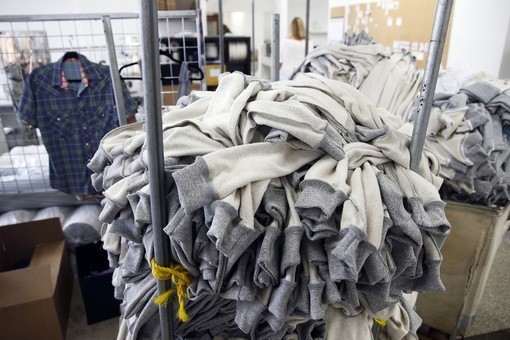 There are a growing number of resources to help you

Despite the opportunity, nearly a third of our respondents were risk-averse and concerned that partnerships could be challenging because startups lack sophistication. The good news is that many resources have been popping up in the last year, from startup and scale-up facilities to accelerators and training programs. We just need to make them easy to find, so local startups can scale their operations and increase their impact on the ecosystem.

What are we doing about it?

The L.A. Mayor’s Office is running an initiative called MAKE IT IN LA to connect the largest community of makers and manufacturers in the country. MAKE IT IN LA is a coalition of organizations whose mission is to support the manufacturing ecosystem and inspire entrepreneurs to turn their ideas into products in the region.

Krisztina ‘Z’ Holly is an engineer, tech entrepreneur and the Chief Instigator of MAKE IT IN LA, an initiative of L.A. Mayor Garcetti. MAKE IT IN LA is a coalition of partners whose mission is to support the local manufacturing ecosystem and inspire entrepreneurs to aim high and build their products in Los Angeles. It was inspired by the City’s Entrepreneur-in-Residence program and made possible by founding partners that include Ernst & Young, GE Ventures, the LA Cleantech Incubator (LACI), and DLA Piper. The MAKE IT IN LA study was made possible by support from Dun & Bradstreet, the Los Angeles Area Chamber of Commerce, the Urban Manufacturing Alliance and other partners.

This is an edit of a feature that originally appeared in Forbes.

Further Reading:
MAKE IT IN LA
Authentic Radicalism | LA
Not Just A Label Expands with Flagship in the United States
A Look Back on NJAL in NYC