How The Free Movement Of People Affects Fashion

As the world continues to debate the free movement of people, NJAL designers tell us why fashion needs people — and ideas — to travel now more than ever.

As fashion weeks rage on across the globe, we're reminded that the industry is a largely international and cosmopolitan affair. It's an industry that emerged at a time where merchants sailed across oceans selling exotic fabrics from far flung corners of the globe and ideas travelled —  albeit slowly —  from one side of the world to the other.

But with globalisation, and the arrival of the fourth industrial revolution many, in the Western world particularly, have come to take for granted the fact that travel is easy and other cultures are entirely accessible, if not in person then at least via Instagram.

Last year, though, a seismic shift occurred that caused many to realise, with a shock, that we can not take the free movement of people for granted. Many NJAL designers are all too familiar with this. Travelling to Europe for trade shows is not simple when you have trouble getting visas. Visiting manufacturers in China is a logistical challenge as it is. All these things will, and do, affect how the industry operates. Here's how fashion benefits from the free movement of people, as told to NJAL by these designers themselves. 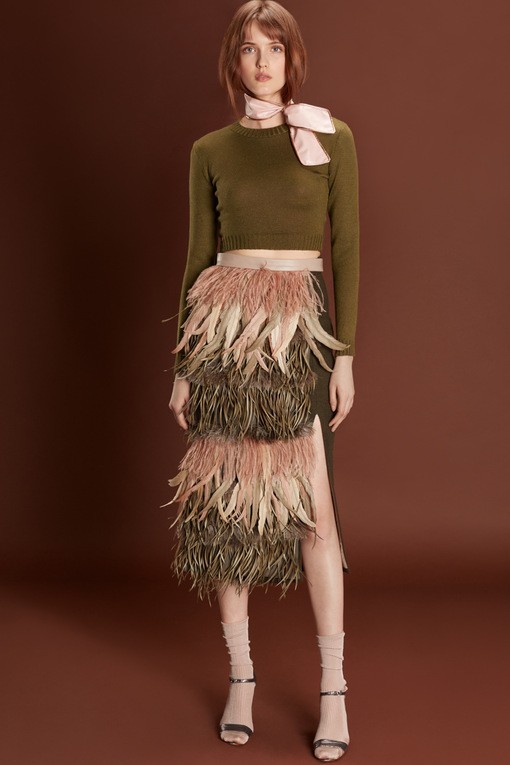 Whether you agree with open borders and the free movement of people or not, there's no doubt that restrictions placed on citizens travelling limits commercial opportunities for everyone. Lida Nobakht is an Iranian who knows this all too well. "It is currently impossible for me to travel to the US due to President Trump's executive order banning all Iranian citizens to obtain a visa and/or enter the US" explains Nobakht. "I was planning to visit New York in the next few months, not only to explore the possibilities of showcasing my work, but also to get in contact with some retailers for potential business possibilities. Unfortunately, those plans need to be put on hold for now." 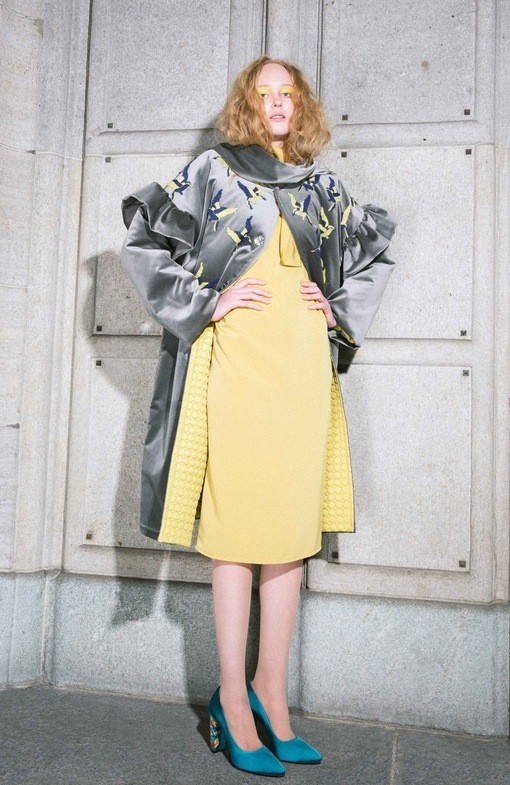 Ibrahim Mimou is the designer and owner of LA-based Openism. He is also of Syrian descent, and like Nobakht, he too has faced recent issues with trying to travel internationally for business. "Both myself and my co-owner are Syrian-Americans, born and raised in the US, and we have a silent partner from the UAE" he explains, "international trade and travel is at the core of our business. Both of my partners live in Dubai at the moment and we are carried by just as many accounts in Dubai as we are in the US. I am travelling to Egypt this Saturday and have been told, by the art gallery I’m giving a talk at, to be wary of questions upon entry. They are afraid I may receive hardship, being that my father is from Syria; even though I'm an American citizen."

Being Able To Travel For Inspiration

It's not always this way, of course. Sometimes designers are fortunate enough to be able to leave politically unstable countries to travel more freely. Four years ago, for instance, Nobakht left Iran to travel. "This is, for sure, priceless for any designer, especially for those with nationalities that have to deal with travelling restrictions" she continues. "Let's take myself as an example: before coming to Europe, I would probably had been denied travelling to some of the places I visited in the last four years for inspiration. 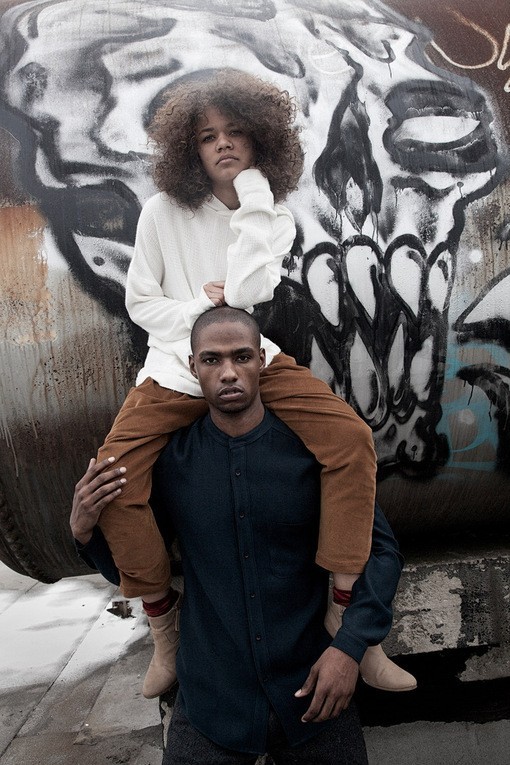 "Now, I have visited Antwerp, Japan, Paris, Milan, London, and many other exciting cities, not only to expand my fashion awareness but also to see some of my role models' work in museums or their workshops" Nobakht continues. "I can't underline enough the importance of free travel in this industry. It's like a ticket for any designer to expand their knowledge and it's a source of inspiration."

Danyi Zhu, the founder of Beijing-based Mistova, agrees that travel is key for coming up with new ideas. "Our business operates from Europe and China" he says. "The fact that we, as designers, can freely move between these continents is something that makes our designs better as we are exposed to different world views and people. We draw much inspiration from the diverse architecture and other ways of seeing and thinking."

Travel Is A Gender Issue, Too

Current headlines around travel restrictions are devoted to the issue of citizenship, not gender. But travelling has long been a more problematic past time for women. Madeline Barry of Mady Berry, based in Austin, laments the effect this has on the industry. "I have never been personally prevented from traveling due to the political climate of a country.  But, I do feel some apprehension travelling alone as a woman" she says. "It’s a sad fact that women cannot travel as freely and safely as men can. My collection, 'Hair of the Dog,' was a means for me to express that frustration. I am jealous of men’s ability for free movement. I created an imaginary road trip of a group of men lead by a girl and a giant dog to create an adventure I can share with everyone." 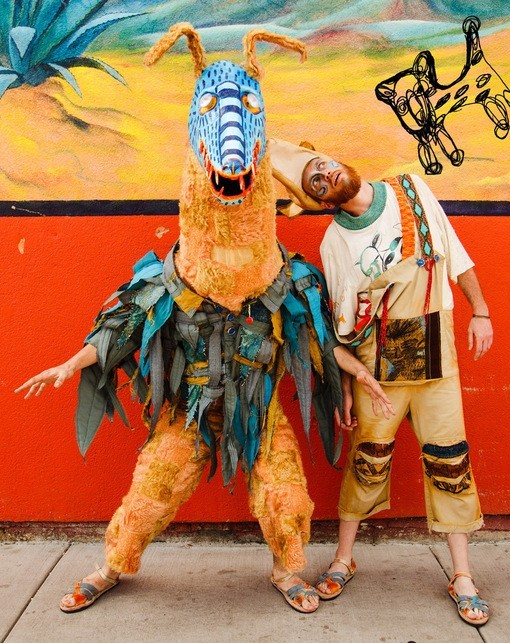 How do you operate a business when you're prevented from visiting trade shows, or unable to meet with manufacturers? No one knows the struggles of these problems like Inge Kiang, the creative director of Jakarta based INK Studio. "If I have to attend a trade show or go on a sourcing trip to another country — a European country for instance — I need to apply for a visa" says Kiang. "That alone would take a week or two to process. Worst case scenario is if the first application is unsuccessful, I have to wait for another month to apply. It creates a delay and possible cancellation of a trip, affecting credibility, and production timeline for my brand."

Lisa Zhornik is the Ukrainian designer behind The Coat by Katya Silchenko. She has had similar experiences. "My colleagues had trouble travelling to the Premiere Vision textile exhibition in Paris this month" said Zhornik. "The EU refugee policy went so far that anyone with visa deviations could be viewed as a potential illegal emigrant. They were held at the airport for 12 hours and then sent home. Ukraine may be at war right now, but we have a really prominent fashion industry and it requires international integration." 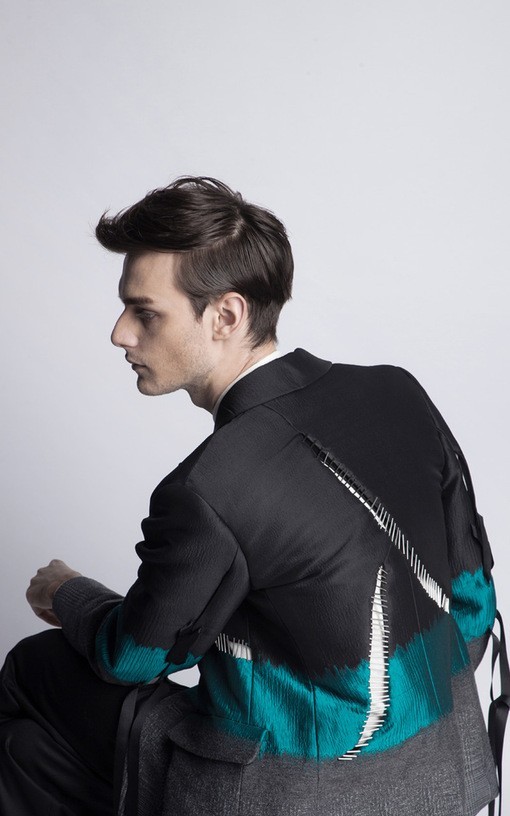 But Is There A Downside To People In The Fashion Industry Constantly Travelling?

Of course, globalisation and a world where designers travel, freely and often, does also have some negative side effects. Global warming and the loss of localised culture are two of them. "With people freely travelling across the world the carbon footprint generated will also increase" continues Kiang. "A quick reminder that fashion is the second biggest industry that contributes to pollution. So although it is great, we have to keep in mind that the earth is also slowly damaged by it. If an eco-transportation mode became available, that would help the industry become even greater."

Whether you are an emerging designer in Ukraine or a Syrian designer in the US, there's no doubt that your business benefits in some way from a global world where people can move freely. Here's hoping that, even as countries begin to turn inwards, fashion remains a liberal and openminded creative force that continues to challenge the status quo, pushing societies to be open and welcoming to new ideas and new cultures.