Fashion is an ever-evolving amalgamation of cultural influences and directions from one season to the next. But is cultural influence more than trend-based? Not Just A Label Contributor Catherine Skrbic examines the power of the Korean Wave in shaping popular culture.

The political power and influence of a country does not come down to military might alone. South Korea has become a global and economic powerhouse through its use of soft power and its political agenda to spread appreciation for Korean culture through K-Drama, K-Pop and now via the fashion industry. This political agenda has come to be known as ‘hallyu’ or the Korean Wave. 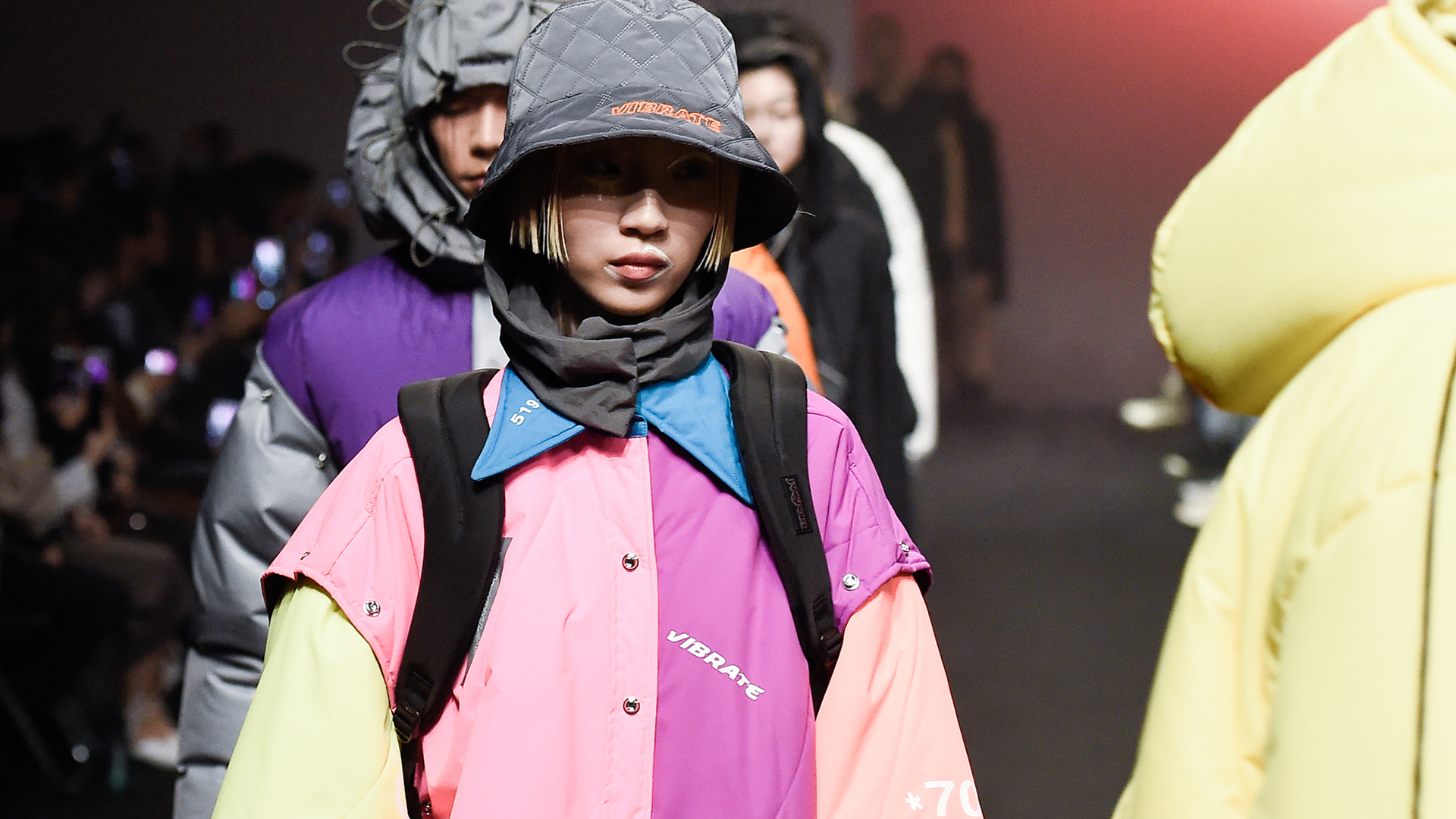 It is necessary to clarify the difference between hard power and soft power: hard power is a form of coercion, ‘carrots and sticks’, often through military strength, whilst soft power uses the power of attraction, for example by using cultural values, to influence a person or a country.

Although South Korea may be unable to surpass Western superpowers in terms of military and economic might, they have offset these limitations using soft power to enhance their image internationally. The Seoul Olympic Games in 1988 has been cited as the genesis of South Korea’s soft power. Following this event, Korean pop music and TV dramas began to spread through China, Japan and the rest of South East Asia before reaching a global audience. The height of popularity for South Korean culture came in 2012 with those famous dance moves from Psy’s Gangnam Style. This track became a global phenomenon and even ‘broke’ YouTube’s viewing limit. 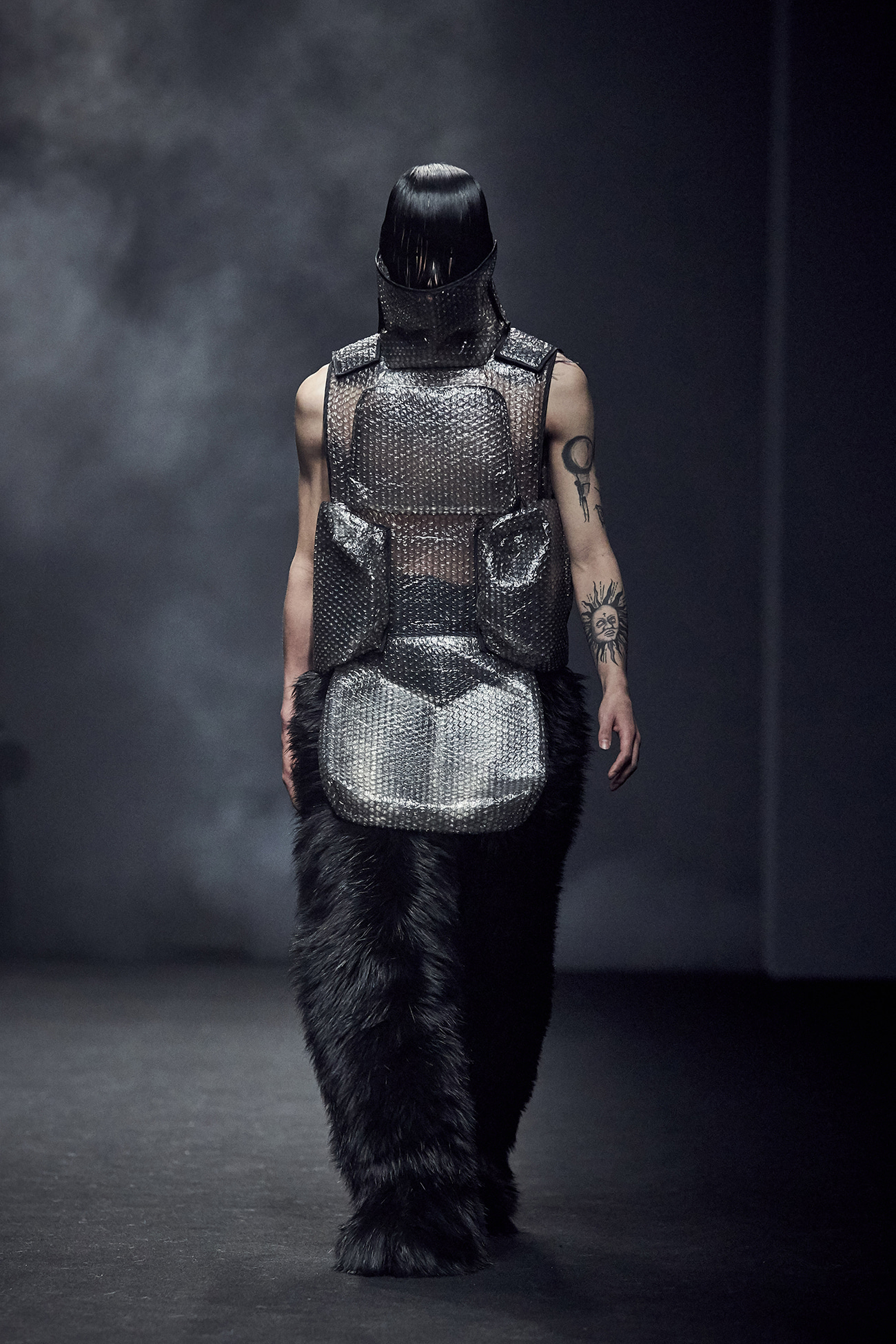 Since then, South Korea’s ambitious long term strategy has continued to be successful in the exportation of their cultural values, permeating the globe with K-Drama, K-Pop and K-Beauty, as well as gaining a reputation as a leader within the fashion world. As part of this strategy, the South Korean government is focussed on drawing attention to their unique country, going beyond how foreigners might view them based on their history as well as the proximity to their adversarial neighbour, North Korea. Kim Jae-won, the former Korean Culture and Information Service Director noted that, “Korea is usually recognised as a rare country that overcame Japanese colonisation, the Korean War and dire poverty and accomplished modernisation, industrialisation and democratisation. However, not all foreigners acknowledge Korea's development and North Korea issues undermine the image of Seoul." 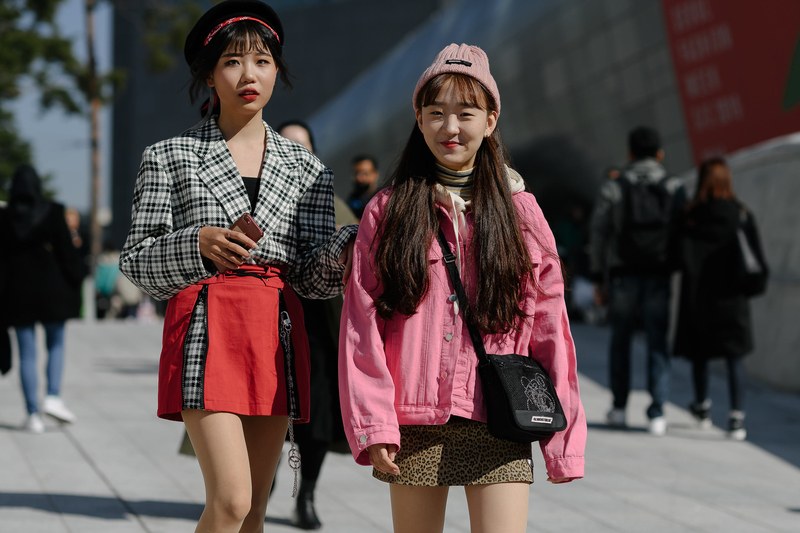 By investing heavily in K-Fashion, South Korea is able to develop the national brand image it portrays to the world and promote, along with the amalgamation of drama, music and beauty, that its nation is one of culture, creativity and forward thinking. Seoul Fashion Week is where the West is introduced to South Korea’s homegrown designers. It is interesting to note that the South Korean Government itself financially supports both Seoul Fashion Week and the Korean Fashion Design Contest. This allows a number of emerging designers each year to show their collections in the same space as already established brands and gives South Korean designers a leg up in comparison to the rest of Asia. In many other Asian countries, such as Tokyo and Singapore, young designers can only showcase their collections if they receive sponsorship or pay themselves. 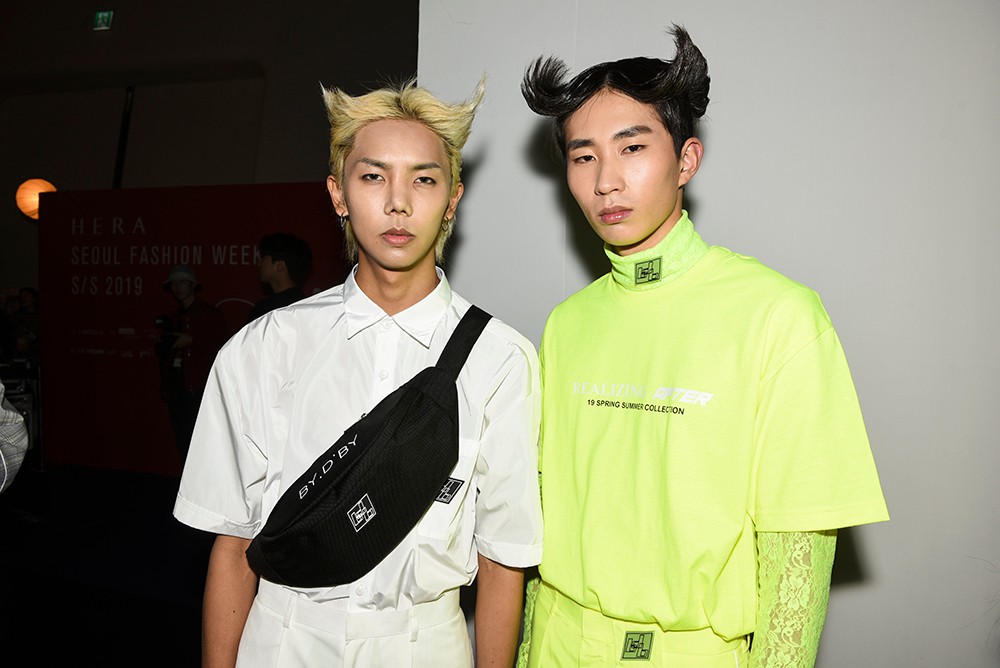 The government capitalises further on these fashion events by having K-Pop singers and K-Drama actors performing and / or walking in the shows, lining the ‘FROW’, and donning the most recent designs. The Korean Wave permeates throughout their country’s creative ecosystem, ensuring that all fields continually support each other.

However, without Korean fashion in itself leading in innovation and without a demand for the consumer to wear it, no amount of Governmental financial support could give it impact. Just as well then that K-pop-inspired street style and tailored suits have been snapped up by sartorialists worldwide, helped also by the cult followings of brands on social media. This biannual fashion event, most recently held in March 2019, housed all 60 shows within the breathtaking Dongdaemun Design Plaza, designed by Zaha Hadid. Press and buyers remarked at the organisation of the event when compared to London, New York, Paris and Milan. And, there was even a hall devoted to allowing journalists and buyers alike to have the opportunity to spend time with the designers and view their collections. Another step South Korea have taken to ensure their designers, old and new, are given a crucial face to face opportunity with international editors and buyers to increase the likelihood of them being seen and heard in the West. 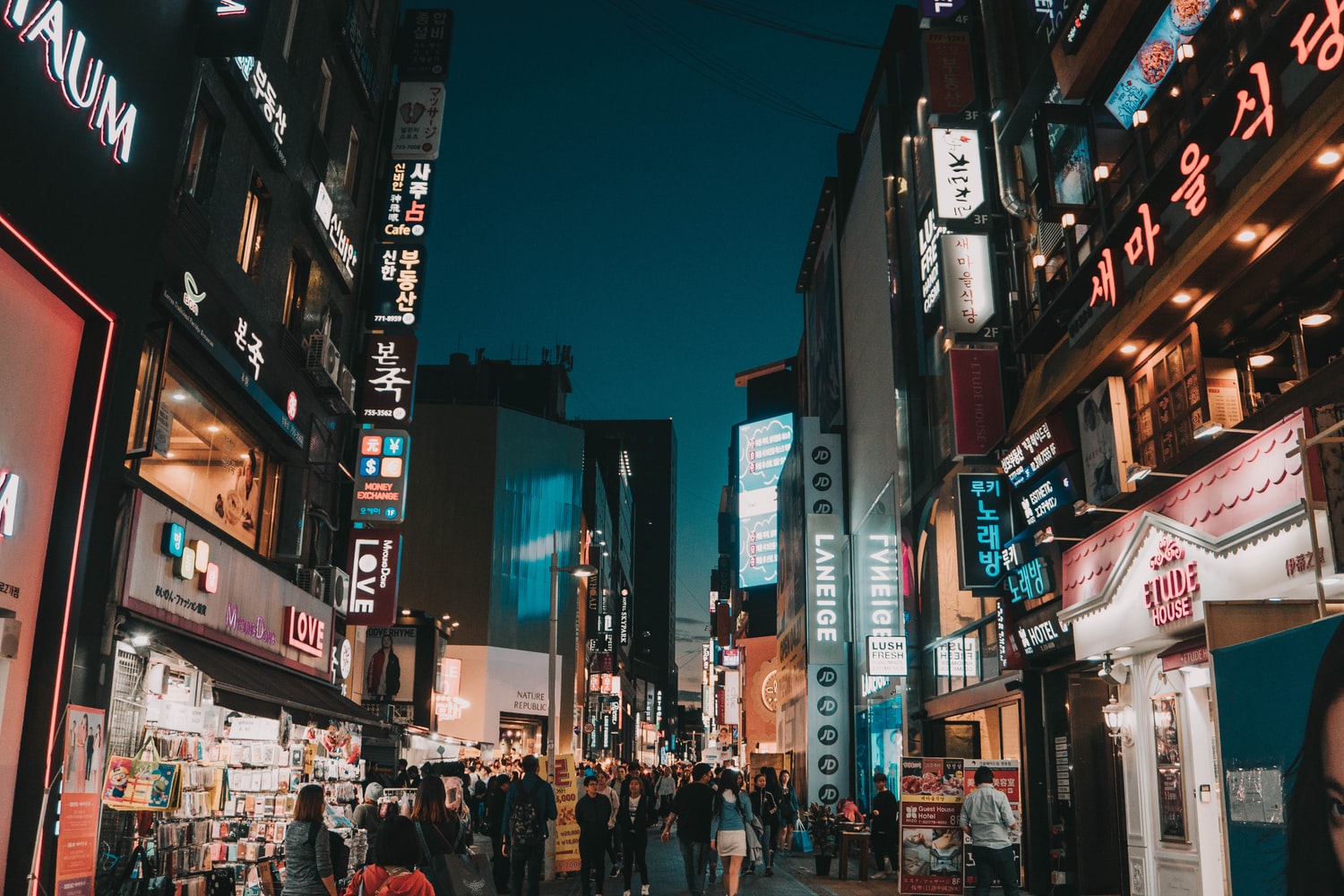 Alongside established Korean brands such as Juun.J, ADER Error and Hyein Seo, which are all stocked in the U.K., Seoul Fashion Week showcased a number of younger brands which made an impact with the design risks they took: VIBRATE’s collection centred around puffer jackets, a trend seen on K-POP stars and MOHO focused on utilitarian pieces, with the designer taking inspiration from his two year conscription in the South Korean military.

Concept Korea is another event, held during New York Fashion Week, which has been jointly organised by the South Korean and American governments to help Korean designers promote themselves outside their home country. In the past this included Kim Hongbum of CRES. E. DIM, and the event again returns to New York Fashion Week in Spring / Summer 2020 and will showcase three designers: LIE, IISE and LEYII. This collaboration between America and Korea demonstrates again how the West are taking note of eminent Korean designers. 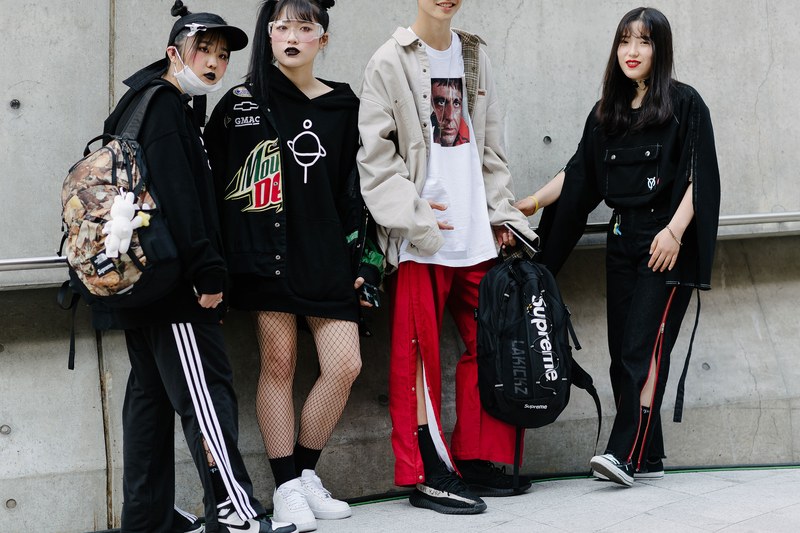 Why have South Korea chosen to invest in fashion? The country realises that the fashion industry makes part of their overall economic wealth. By investing in designers, they can ensure more of them have the chance to be seen globally, thus driving the Korean Wave, appeasing Western society and, in turn, pouring money back into the economy. Korea is already home to a global manufacturing industry, and coupled with Government support, this has created the perfect incubator for the exponential growth of K-Fashion.

It is through this open window of cultural media exchanges that the Western world can begin to have a respect and understanding of South Korean culture. The Korean Wave, and its unique and inspiring creative output, is well deserved and we should continue to learn about not only South Korea, but also share with other countries and cultures in this way, with the aim of creating a more homogenous world. K-Pop and K-Drama ignited ‘hallyu’ and now it is K-Fashion’s turn to lead the way in the hope of becoming one of the most prominent fashion weeks in the world. A phenomenon which is, in fact, all part of South Korea’s political charm offensive.