Following NJAL’s collaborative workshop with the Council of Fashion Designers of America (CFDA) to discuss the realities of manufacturing in Los Angeles, NJAL sat down with the CEO of the CFDA for a candid conversation on LA’s fashion heat, American fashion, the industry’s digital revolution and what fashion's most important business man never fails to do when in the city of angels.

You’ve been studying LA’s manufacturing know-how for a while. Why do you think its manufacturing might is the foundation to build its force in fashion?

Design is at its best when the proximity is close to production and while LA is spread out it is easy for both to be close.  Many LA based designers have built vertical operations because there is access to a labor force and open space in which to house a business.  When design and production are side by side there is better quality and fit and opportunity for experimentation.

LA as a newfound force in fashion has been gaining a lot of trend-based traction. Why do you think is LA becoming a place where young creatives can really thrive?

The sun and access to nature is a positive back drop and this inspires. There is a great mix of talent from film and music to art and architecture and fashion fits within that.

California pioneered the iconic American sportswear industry more than half a century ago, and we now see street-inspired and active away as key trends on the men’s runways both in New York and London. How do you think Los Angeles will carve out its own aesthetic niche, especially in the slightly more marginalised category of menswear?

California has already defined itself. It is known quite strongly for its casual lifestyle and it is a hub of creativity with great influence in fashion. As fashion becomes more gender neutral, this is where I see California in the lead.

91% of consumer engagement happens on Instagram, and there’s no doubt of its commercial clout in fashion as industrial complex. The CFDA embraces fashion’s new digital landscape, and you awarded the Fashion Instagrammer of the Year Award at this year’s CFDA Awards to Instagram’s CEO Kevin System. How do you think the proliferation of digital/social platforms have changed the industry?

Social media has had a profound impact on the fashion industry. It has given brands an intimate means to engage their consumers.  Fashion companies need to be media companies too. Creating unique content on one's own channel gives the control to the creatives.  There is more authentic engagement and less editorializing.  The opportunities a brand  has with direct to consumer via ecommerce is powerful in  its collection of consumer data and  in the management of the supply chain and inventory. 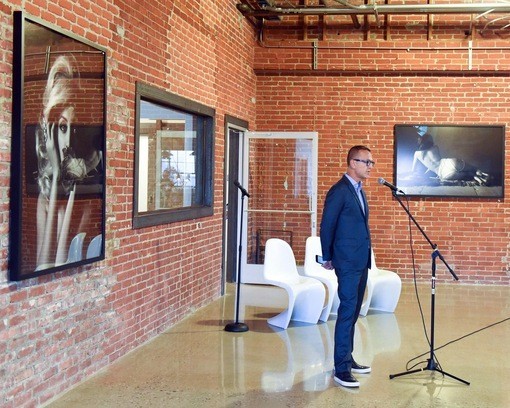 Prior to your appointment at the CFDA, you had no prior fashion experience but you certainly knew how to run an organisation and a non-profit. Was re-structuring the CFDA as a business a totally different beast from your previous roles? How does your previous experience help you to day to day?

My work at CFDA is not different from other jobs I've had. CFDA is a non- profit and functions on the same principles as traditional non-profits. There is a Board of Directors and volunteer committees that shape the work of CFDA.  We fundraise to support our efforts. The main change over my tenure at CFDA has been entering in to partnerships that not only value working with designers but also see the value of CFDA as an organization.

In the past, there’s been so much fanfare around global fashion week scheduling and media perpetuation that almost pits fashion weeks against each other. It seems as though even fashion requires delicate diplomacy at times. At New York Fashion Week, the fashion calendar is criticised for its mass. In a few words, could you explain to our community of young designers why it’s so logistically complicated?

New York Fashion Week has always been about entrepreneurship.  A designer with an idea and will could always find a spot to show. That has been good for American fashion in that it embraces new ideas. Logistically , though, it has created an overcrowded week that makes it difficult to function within. Since CFDA acquired the Fashion calendar 2 years ago and became the official keeper of NYFW we have put systems in place that are about curation and organization. All with the intent of still giving new talent a voice at the same time giving established talent improved support.

What are your favourite things to do when in Los Angeles?

I always find time to hike Runyon Canyon and to visit with west coast members of the CFDA.