The Financial Reality of Practising Design in London

Despite the UK being lauded for its numerous platforms, funds and bodies dedicated to supporting and nurturing emerging fashion talent, the question of whether London is really a creative sustainable place to live for the young, budding designer still remains. Is London still crucial or even relevant to make it as a designer? NJAL's Jake Hall makes a sober assessment of London and its true financial realities.

Not a day goes by without a news headline lamenting Britain’s increasingly inhospitable capital city; tales of corrupt landlords and widespread gentrification sweep the mainstream media, depicting a new London more hostile than ever to working class families. However, London is also hailed as an essential hub of creativity, especially within the fashion industry. After all, this is the city that gave birth to the careers of greats such as Westwood, McQueen and Chalayan, as well as being home to Central Saint Martins, the world’s most prestigious fashion school. Stiff competition for university places and funding is leading to a new generation of student designers under more pressure than ever, young and broke in the capital city but, when all is said and done, is it really worth it? 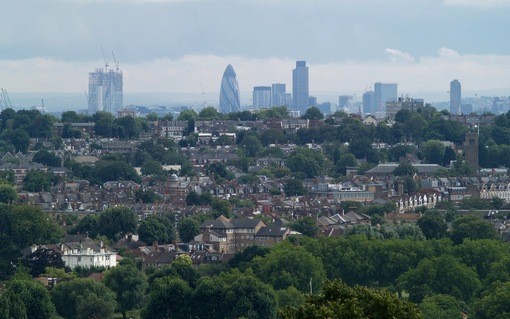 According to Josh Cryne, currently studying an MA at the aforementioned Saint Martins, it is. Although tuition fees for the two-year Fashion Design MA are extortionate (currently £6125 in the first year and £3675 in the second), the institution offers a wide range of bursaries, grants and scholarships designed to accommodate working class students. Cryne himself was awarded one of these scholarships which lightened his financial load and he firmly believes the networking opportunities and creative legacy of London will make his efforts worthwhile. The school is also kind to EU students such as Swedish-born undergraduate Matilda Söderborg who looked to the National Board of Student Aid as well as several private organisations in her home country when finding funding. Evidently, getting loans and other support to pay course fees themselves isn’t the largest problem facing London’s young students.

Those studying outside the capital are presented with a similar variety of loans, although many grants and scholarships are London-specific. However, the government’s well-documented raise of tuition fees means that, although loans are available, many working class students are left terrified by the prospect of uncontrollable debt. Charlotte Bruton and Anais Caulfield, both graduates from Birmingham City University, were lucky in landing their respective places before the exorbitant new prices yet still they struggled. Bruton argues that criteria surrounding external funding can be misleading, requiring lengthy application processes that often amount to nothing. She cites the Access to Learning Fund as one key example – her application was eventually rejected, leaving her and her parents to foot the bill. Arguably, the greatest extra pressure specific to fashion students is their graduate collection, which they’re expected to pay for and produce alone. In essence, this would imply that richer students have a stronger chance at high grades due to better fabrics and extra resources. 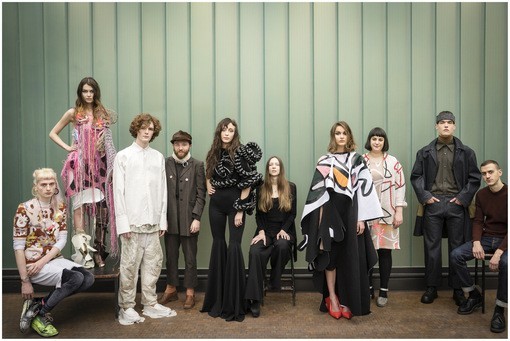 In London, the financial concerns run deeper than mere fabric expense. The city is notoriously monopolised by wealthy landlords and a general lack of rent control has sent prices spiralling out of control with many pushed towards ‘commuter towns’. Naturally, these financial strains have resulted in a new generation of determined students juggling employment alongside their studies. Josh Cryne is one example, working behind the bar at Haggerston pub The Glory to supplement his income. He argues nightlife is London’s greatest advantage: “London provides opportunities for creatives to surround themselves with people like themselves through its diverse nightlife. Personally, every contact I have made is through going out and meeting people. I’m not so sure if many other cities in the UK can provide that.” His points are valid; students in the capital have undisputed advantage, not only in gaining first-hand industry experience from veterans but in competing for desirable internships too. Söderborg partially agrees with this notion, explaining that “a mixture of people and range of disciplines come together in London, which really benefits the creative atmosphere.” Essentially, if you’re looking for contacts and connections, the capital is still the place to be.

On the other hand, Söderborg raises the interesting point that the Internet is slowly changing the industry and its dependence on location. Designers are increasingly choosing to showcase their work online – a new possibility which could lead to creatives leaving the capital and setting up shop elsewhere. Caulfield echoes the idea that London is less crucial than it previously was, arguing that much of the city’s romanticised creative legacy has passed. She cites the loss of legends such as McQueen and the closure of critical darlings Meadham Kirchhoff as evidence of the industry’s changed landscape. Although she argues there’s still the notion of employers biased toward London graduates, Caulfield nails the fact that holding on to London’s ‘golden years’ seems futile. Instead, both Birmingham students encourage potential designers to consider the institution itself as opposed to its location. In fact, sometimes formal tuition isn’t the way forward at all, as proven by icons Rei Kawakubo and Vivienne Westwood who both eschewed formal fashion training altogether. 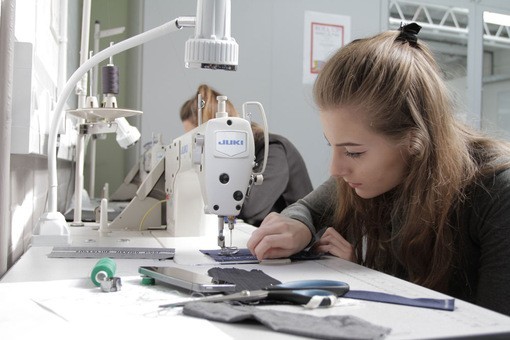 Although England still largely revolves around its capital, the idea of creativity flourishing in other large cities is more prevalent than ever. Many romanticise the struggle of living in London but the reality of three jobs and extortionate rent can often take a toll on those unprepared. Söderborg and Cryne are living proof it’s possible to conquer the capital, demonstrating the unlimited potential to make high-profile contacts and gain first-hand industry experience. However, Bruton and Caulfield were both entirely satisfied with their Birmingham course and both produced stellar graduate collections. The notion that London is the only option for fashion is becoming outdated – as Söderborg underlined, the increasing availability of online resources is opening up the fashion industry to young creatives with innovative ideas. After all, there isn’t always a direct correlation between formal training and ability – if you’re a good student, you’ll be a good student wherever you are. London might still be the best place to make contacts, network and build a durable career but nobody should feel ashamed of a reluctance to embrace London’s brutal conditions. Employers may still be partially biased but a changing fashion landscape is broadening horizons and proving that remarkable design talent isn't dependant upon location.