The Fashion System Is Broken, and How d3 Aims to Fix It

New York, London, Milan and Paris have long been considered fashion’s key cities, the four axis points on which the industry pivots. But now, that is in flux, thanks to the efforts of a few focussed individuals who are determined to unveil to the world the depth of talent that is flourishing in the Dubai and the Middle Eastern and North African Region (MENA).

This re-positioning is being ushered in by organisations like The Dubai Design District (d3) and NOT JUST A LABEL. With their visionary thinking on how local talent can be recognised globally, they are in a position to effect profound change on how fashion is viewed internationally.

It’s no secret that the current model of fashion is broken: so much so that the head of the Council of Fashion Designers of America (CFDA), Diane von Furstenberg, commissioned the Boston Consultancy Group in January to find a solution to fashion’s hopelessly outdated system and its obsession with four cities alone. But even before she called them, the UAE’s Prime Minister and Ruler of Dubai Sheikh, Mohamed bin Rashid al Maktoum, had a vision for change. In 2013, he revealed his idea to build a cultural and design hub in Dubai where local talent could be nurtured and housed. Tecom, the real estate giant, quickly came on board, and now  the first stage of the three stages of building is already complete, with the second phase well under way.

Says Tecom’s Dr. Amina Al Rustamani: “We are very excited to commence the second phase of our masterplan development, which is the delivery of the Creative Community scheduled for completion in 2017. This will cover around 1,000,000 square feet within d3, and will act as an incubator for emerging UAE-based designers.” 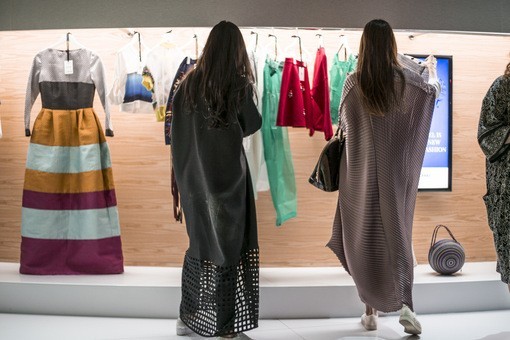 Of course, these designers include a vast range of artists, but specifically within fashion, d3 will no doubt put a spoke in the wheel of the industry.  The old way worked thus:  twice a year, buyers, editors and industry people pull out their suitcases and go on a carousel in “fashion month”.  Not just are industry heads going to these four cities, but so are the designers who come from the far flung corners of the globe.  For example, Lebanon’s Elie Saab shows in Paris, Nepal’s Prabul Guring in New York, Afghanistan’s Osman Yousefzada in London, while Haiti’s Stella Jean and China’s Uma Wang show in Milan – to name just a few.

To be taken seriously, this global talent have been making pilgrimages to the big four cities with the hope - given the buyers and press are there - that their products will wind up in shops all over the world. Quite often this is the way it unfolds, but alas, this system works for only a privileged few designers. Although the debate about the broken fashion system centres on schedules and how quick to sell once the designs are shown, the real issue is much deeper: simply, emerging talents cannot get their opuses out unless they have financial backing, business mentoring and the proper visas in place. 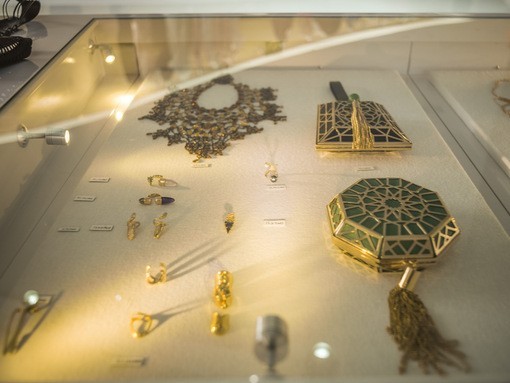 This sadly is not just a MENA problem. Just look at all the design talents to be found who are largely going unnoticed, from Seoul to St. Louis, from the Ukraine to Uzbekistan. The retail power is in the hands of a few, so sadly, the bright and unknown get relegated to the back, where their talent stays unknown.

There are other hurdles to jump over as well: in the words of the famed fashion critic Cathy Horyn: “The trouble is that the pace is now faster, the rate of obsolescence higher, and the time to develop an idea — never mind to dream and explore — more severely limited.”  In other words, not only are the MENA designers nearly handcuffed by a lack of mentoring, funding and platform, but the relentless pace of the business only adds to their chains.

d3 and NJAL are here now to loosen those shackles, and resolve these problems. Given the level of mentoring, education and business platforms that will be provided, the shift for MENA designers are well underway. Her Highness Sheikha Latifa Bint Mohammad Bin Rashid Al Maktoum, Vice Chairman of the Dubai Culture and Arts Authority, says that not only does d3 wish to show the world the region’s design talent, but to “whet the global appetite for regional design, while also enhancing the commercial and technology-based opportunities for local talent.” 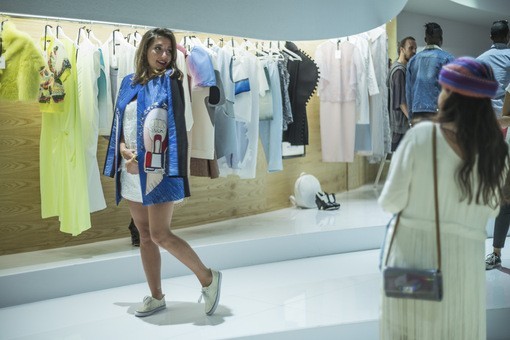 Better still, d3 is all-inclusive: the whole world is invited. But for those on a financial or time budget, industry players in the four big cities can look to d3 without them ever having to leave their high-rises.

Think of it this way: Last October, Burberry forecasted declining profits for the second year in a row, having taking a hit by weak sales in Asia. Their proposed solution to the problem was to cut discretionary costs — like travel — by £20 million this financial year. This is not just Burberry. Many fashion companies are buckling under the burden of prohibitive travel costs, and here is where d3 technology can be mobilised: yes, by all means, Dubai will build it and everyone can come. But if time and cost is a prohibitive factor, d3 will come to the world by live streaming of fashion shows and IRL fashion talks. 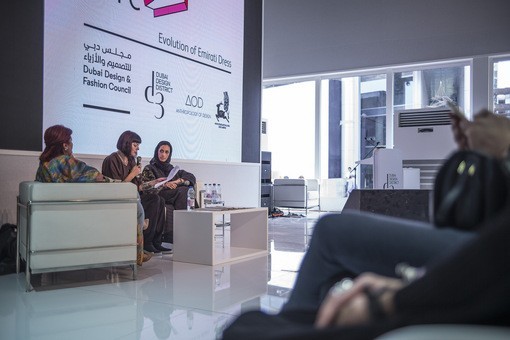 Moreover, d3 is a bonafide “smart city”, with innovation at its core: those who choose to build their careers at d3 will benefit from cutting-edge technologies and innovative facilities. Forbes’ Mike Krell predicted that Dubai, aided largely in part by d3, will be “one of the ‘smartest’ cities by 2017".  He explained that some of the key applications that were fully functional when he visited d3 six months ago included: “Connected lighting and parking, connected waste management, connected bus and bus shelters and remote expert centres for government services.” In other words, the fashion businesses that set up in d3 will be at the forefront of technology, and there is no better way to get a leg up in the fashion industry by harnessing this power.

Much of that has to do with the d3’s COO, Mohammad Saeed Al-Shehhi, who has such a strong tech based background that it is practically coded in his DNA. He will make sure that the push of technology means that even if industry insiders can’t get to them, d3 will go to them virtually.

Add NJAL to the mix, and finally there is an e-commerce platform where these designers can sell and make a name for themselves. NJAL is doing what very few retailers in the world are taking on: embracing these unknown yet extremely talented MENA designers and directing them to the international customer, thereby giving them representation in Europe or America. This is a visionary business idea that fills an enormous gap in the market. 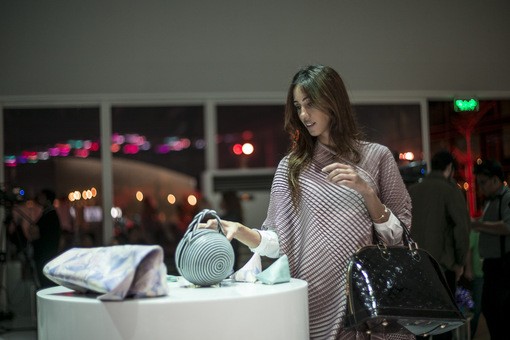 NJAL and d3 are perfectly aligned in that they are combining virtual/digital with bricks and mortars, a holistic approach that captures the best of both worlds. Consider this: designers like Misha Nonoo staged a first-of-its-kind Instagram show for spring 2016, and Edeline Lee switched to a video-only format. Others still like Matthew Williamson have given up on runway shows altogether and are sticking with presentation-only formats. But what d3 and NJAL are doing together is blending bricks and mortars with digital seamlessly to give these designers all the chances they need to succeed, with a tech-forward infrastructure to boot. No wonder even in these early days, d3’s vision is already being realised. This is best exemplified by the Jordanian-born couture designer Zaid Farouki. He explains:

“I lived and was partly educated in Milan, and I was planning on investing in the city by starting my company there. Then I heard d3 was opening up and I flew to Dubai to meet with the management.”

“After I heard what they had to say, I was impressed and decided that with my Arabic background, I wanted to be part of the hugely innovative and collaborative design movement that is happening in d3. Let’s face it; obviously the big four cities have their heritage brands, now it’s time for the region to build their own, and for Arab designers to carve out their own legacies in couture and RTW.” 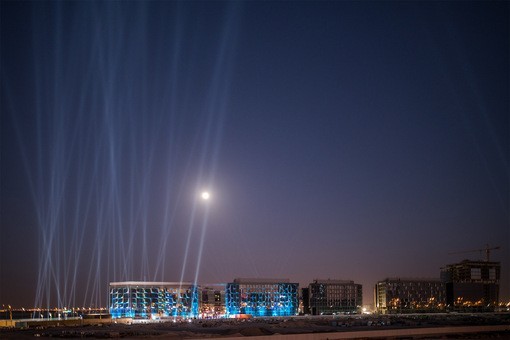 “So, I weighed the pros and cons, and for me, being a designer that crosses couture with art and hand painting, it all made sense, and the decision was not difficult to make. With all of the support and nurturing d3 provides, never mind all the ideas that are interchanged with the other artists there, I decided to open my atelier in d3, move back to the region and be part of all this excitement.”

To be sure, change is not going to happen overnight – but neither will it take decades. Transformation is on the horizon, and Farouki is convinced it will happen sooner rather than later, with the 3rd and final stage of d3 set to be completed by 2019:

“Of course the fashion capitals will always be important”, comments Farouki, “but there is a shift happening, and it is happening now. It’s so exciting because with d3, there is still so much yet to come”