NJAL’s Jacob Hall explores fashion’s alternate universe and dissects the enduring historic crossover between fashion and surrealism. How did designers of the past and even today’s emerging set of fashion talent use cultural references from surrealism to inspire an extraordinary creative vision?

The parallels between high art and high fashion are obvious, frequently-recurring and date back for centuries. It all began with Louis XIV who, back in the 18th century, dressed his “fashion dolls” in the styles of the time; dolls which began to proliferate and became emblematic of a rising fashion scene in Paris. Around 10 year later, in 1868, Charles Worth and his sons founded an association of couture houses entitled “The Chambre Syndicale De La Confection Et De La Couture Pour Dames Et Fillettes” – an association which, despite being renamed, is still responsible both for Fashion Week scheduling and for determining which houses are deemed fit for “haute couture” status almost 150 years later. Around the same time an emerging arts scene was beginning to flourish in the French capital – the iconic Louvre was opened way back in 1848, followed swiftly by the opening of commercial galleries in the 1850s and 1860s by the Durand-Ruels and Bernheim-Jeune.

These chronological parallels later translated into direct references as designers began to look to various artworks for design inspiration. An early example can be found in the form of Giacomo Balla’s “anti-neutral clothing”, which saw his works of Futurist art transposed onto a series of menswear silhouettes. Ever since, the fashion industry has continued to be enamoured with the art world, often trawling its archives to find reference points for new work; there was Yves Saint Laurent’s AW66 collection whose bold graphics were borrowed from the Pop Art movement; there was Vivienne Westwood’s literal reinterpretation of Franz Xaver Winterhalter’s “Wedding Dress” designed for Dita Von Teese; most importantly, there are still constant references to high art threaded throughout runway shows today, like Raf Simons’ frequent nods to Sterling Ruby and Gosha Rubchinskiy’s recent tribute to Timur Novikov. The parallels are still present, and they’re more prominent than ever. 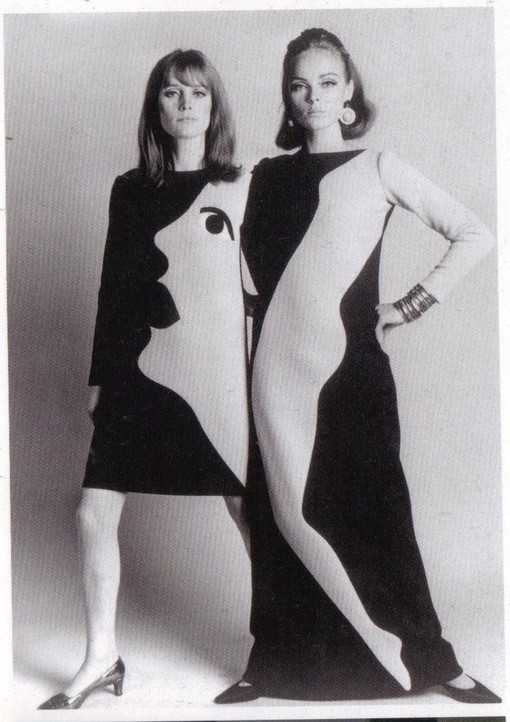 However, there is one movement in particular that has provided endless inspiration for the more avant-garde minds within the fashion industry. References to surrealism in high fashion can be traced back to the 1930s, when iconic Italian couturier Elsa Schiaparelli turned to artist Salvador Dalí for a series of collaborations. The fruits of their collective labour were some of the most iconic pieces in sartorial history. Arguably the most iconic was the “Lobster Dress”, which gained worldwide notoriety when it was worn by American socialite Wallis Simpson and shot by Cecil Beaton for a Vogue editorial. Unsurprisingly, the fashion world was largely confused by the combination of elegant evening gown and oversized crustacean, failing to pick up on the underlying symbolic message. In this case, the lobster was more than just an illustration; it was a motif laden with Surrealist sexual connotations which appeared frequently throughout Dalí’s own work.

This habit of assigning meaning to random inanimate objects was characteristic of the Surrealist movement, which took inspiration from dream sequences and the subconscious. André Breton is largely credited with defining the movement in his 1924 manifesto, which described surrealism as “psychic automatism in its pure state… it is dictated by the thought, in the absence of any control exercised by reason, exempt from any aesthetic or moral concern.” For this reason, some of the garments designed by Dalí and Schiaparelli were bizarre, unorthodox at first glance. The “Shoe Hat”, for example, started with a portrait of Dalí shot by his wife Gala, which depicted the artist wearing one of her high-heels upside down on his head. The resulting silhouette was then reinterpreted in black felt to create a chic, unusual hat which was later worn by Gala herself. There was also the “Tears Dress”, which featured a trompe l’ceil pattern lined with magenta that, from a distance, created the impression of decaying flesh. 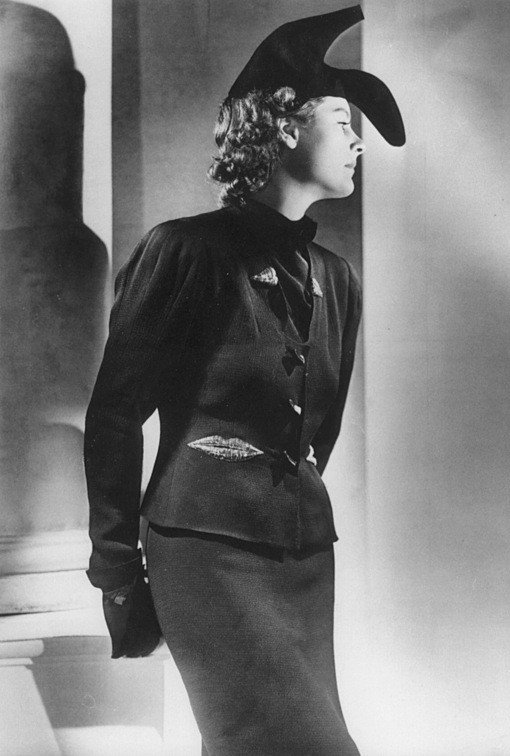 Over the decades, various designers have followed the lead of Schiaparelli – like couturier Thierry Mugler, who used the popular motif of insects for his SS97 couture collection. Mugler was renowned for his theatrics, but spectacle was pushed to the extreme on this occasion, which culminated in the appearance of a woman whose dress appeared to literally mutate her form into that of a butterfly. Fashion renegade Hussein Chalayan is another key example of a Surrealist creative; in fact, the ‘table skirt’ of his Autumn/Winter 2000 collection can once again be likened to Schiaparelli and her controversial ‘desk suit’.

There are also young vanguards within the NJAL community whose work can, whether accidentally or intentionally, be related to the realm of high art or, more specifically, the ideology behind Surrealism. The cage-like silhouettes created by Latvian design duo Mareunrol’s are more closely comparable to sculpture than they are to conventional fashion, and the designers admit that they are “inspired by good art… art which inspires us to express our view on fashion, art and culture in general through our specific language and thoughts.” Their intention is largely to “balance surrealism and realism… to notice, create and visualise things which are kind of comprehensible, but still incomprehensible.” They also underscore the importance of presentation, even showing their more wearable creations against a surreal backdrop. “It is a creative poeticism around the body; it is intellectual fashion, which includes the philosophy around the design, details, sound, visual space, accessories and art objects that help to tell the story as clearly and directly as possible.” 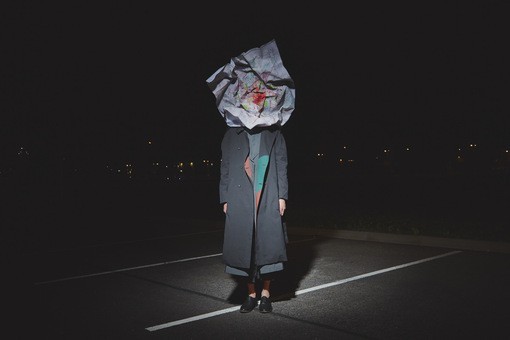 Recent Swiss graduates Wuethrichfuerst are similarly intellectual in their approach, writing their own manifesto for their NJAL page which ends with the brilliantly Surrealist question, “was great grandmother a table? Was her hair flowers? Did she have wheels?” Although the designers explain that their working process doesn’t start specifically with Surrealism, they do acknowledge that “our inspiration or the topic that we’re working on lead us to surreal results.” Coincidentally, their latest collection draws from the very Surrealist idea of partially-complete childhood memories, hazily remembered decades later. The result is a collection filled with silhouettes seemingly digested by large, wearable sculptures – “forms and materials dissolve, people merge with chairs, tables and other utensils.” It is this conceptual, left-field approach to design that draws clear parallels with the deliberate paradoxes rife in Surrealist art. 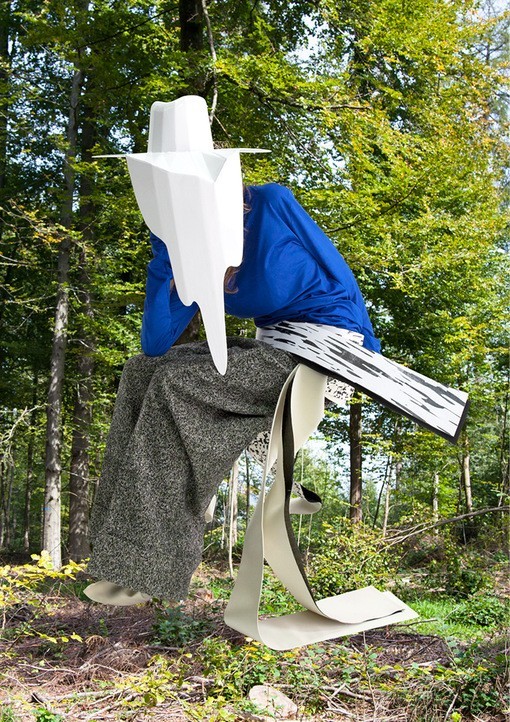 Mareunrol’s and Wuethrichfuerst are just two examples of young, creative brands moving away from the increasingly sanitised commercial fashion industry. Instead, their focus is on creating philosophical, intellectual pieces which continue to blur the lines between high art and high fashion. Although Surrealism isn’t always a direct reference, there will always be designers whose desire to create impossible silhouettes and thread meaning throughout their collections takes accidental inspiration from the original pioneers like Schiaparelli and Dalí. Crucially, the 21st century allows us more access to real life than ever before; our smartphones are bombarded with pessimistic headlines, rendering us unable to escape reality. Maybe Surrealism is the answer; its reliance on dream sequences and subconscious thoughts result in the purest form of fantasy fashion, a sartorial antidote to the world around us.