Is the Fashion Revolution Real?

It has been three years since the Rana Plaza factory collapsed and now Fashion Revolution is once again marking the occasion with its campaign for greater transparency in the fashion supply chain. As the global event ramps up with a full week of action for the first time, NJAL examines how much progress has truly been made towards a fairer, cleaner industry. Is the ethical revolution real and what does its future hold?

Whether we’re too busy or just don’t want to, it’s a sad reality that people rarely take note of a serious problem until human tragedy strikes.

The Rana Plaza factory collapse three years ago, in which 1,134 Bangladeshi garment workers died, was less a shock and more an eventuality. Companies had long-known sweatshop labour was occurring within their supply chains. Garment workers were paying the price for the money we saved on ever-cheaper clothing while unregulated factories led to dangerous working conditions.

For those who had been trying to open our eyes to these cracks, such as ethical designers Carry Somers and Orsola de Castro, the accident was a call to arms. Each year since, their organisation Fashion Revolution has marked the anniversary of the Rana Plaza tragedy on the 24th April by getting consumers to consider the origin of their clothing and challenge retailers directly. “We want to see an increasing number of brands make their supply chains more transparent because we can’t start to tackle exploitation until we can see it,” says Somers. 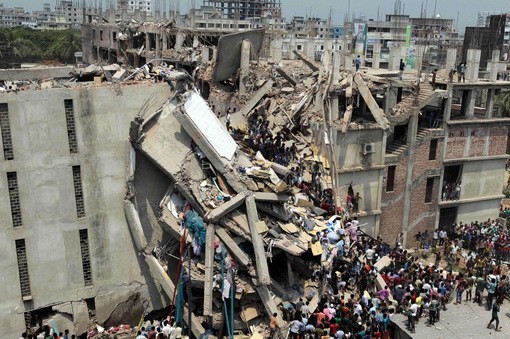 Using the power of social media, individuals are encouraged to take a picture of a garment’s brand label, tag the company in the post and ask them #whomademyclothes. Last year the hashtag had a 63 million reach and 124 million potential impacts on the day. It trended worldwide on Twitter and was covered by major international publications, TV and radio stations such as the BBC as well as fashion sources like i-D and Vogue.

The campaign has clearly raised global awareness for unfair labour conditions in the fashion supply chain – 89 countries now form the Fashion Revolution movement. Yet how do Twitter reach and Instagram likes translate into visible results in terms of brand action and consumer behaviour?

This year Fashion Revolution is calling on stakeholders, whether retailers, brands, factories or private label manufacturers, to take part in the campaign. It’ll be interesting to see just how many big-name brands are able, or choose, to put a face to their workers.

Recent research shows 71% of companies believe there is still a likelihood of modern slavery occurring at some point within their supply chains. It’s hardly surprising when 48% of brands haven’t traced the factories where their garments are made, 75% don’t know where their fabrics come from and 91% don’t know the source of raw materials (Behind the Barcode). 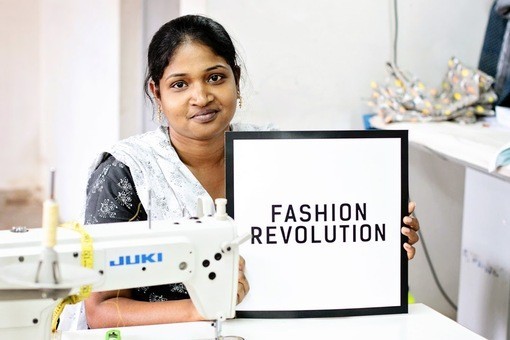 Despite these findings, the speed and volume of clothing production seems to be increasing as high street brands remain set on international expansion and meeting the demand for fast fashion’s ever-quickening pace. Mango began 2016 with an announcement it would be introducing new products in-store every two weeks. While H&M, apparently one of the most pro-active companies in the sustainability movement, plans to open more than one new store every day this year (425 in total).

Surely such moves only add pressure to the supply chain and make regulating it even harder? Already this year some of fashion’s biggest retailers have faced the consequences of supply chain oversights with revelations ranging from Syrian refugee children working in Turkish factories to the poor living conditions in factory-run hostels in Bangalore (Unfree and Unfair Report).

Perhaps the most worrying issue though is the continuing health and safety concerns in garment factories. While businesses are still putting global expansion and profit before people’s lives, the revolution has yet to be won. Over two hundred companies committed to improving standards by signing the Accord on Fire and Building Safety, organised in the wake of Rana Plaza, but more than three-quarters of suppliers are still behind on their corrective action plans. 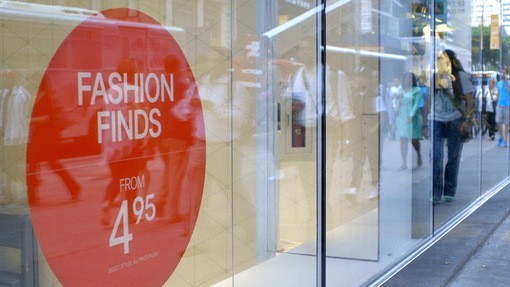 In the case of H&M, apparently missing fire doors and sprinklers in its factories were due to "import delays since none of these products are available in Bangladesh." If a billion dollar conglomerate cannot ensure fire doors are installed within the space of over two and a half years though, it doesn’t have its priorities sorted. On 2nd February, just a couple of months after these delays were revealed, a massive fire broke out in one of H&M’s (and J.C. Penney’s) factories. Four people were injured but another major tragedy was only avoided because the other 6,000 employees had yet to start work.

Nevertheless, it is becoming increasingly difficult for companies to avoid accountability as global awareness for worker’s rights violations grows. Significantly this includes at governmental level. Under the Modern Slavery Act, introduced in the UK last year, demonstrating progress is now a legal requirement. All organisations carrying on a business in the country and with an annual turnover over £36 million must publish a yearly statement explaining what they have done to ensure slavery and human trafficking are not operating within their supply chains.

Fashion Revolution certainly played its part in politicising supply chain issues. Last year the organisation participated in high level EU, G7, UN and COP21 events and has collaborated as a key stakeholder in the European Commission’s Garment Initiative, which will launch this spring. The program will aim to support governments in producing nations and strengthen global management of supply chains.

While many campaigners fear loopholes in legislation, retailers are beginning to understand it is commercially senseless as well as unethical to avoid taking action. They face increasing pressure from consumers, particularly the Aspirational sector, who hold more influence than we often think. “Brands and retailers may not be paying attention to what the people in their supply chain are saying but they are most certainly paying attention to what their customers are,” Somers points out. 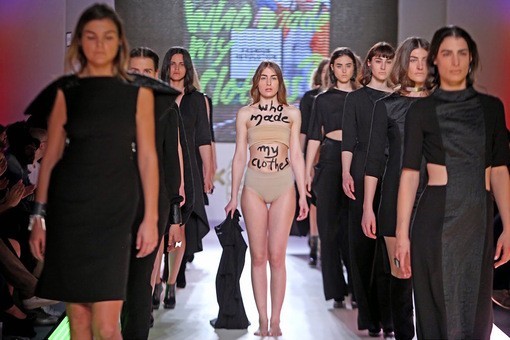 This month Fashion Revolution (in partnership with Ethical Consumer) will also release a Transparency Index ranking 40 top-selling UK brands. It’s just one in a number of guides popping up that certify, evaluate and rate brand ethics. They demonstrate a rising consumer demand for making more informed purchasing decisions while encouraging the adoption of best practice.

Meanwhile European not-for-profit organisation MADE-BY has just launched a tracking tool that works with brands to evaluate their ‘engagement’ with 8 key areas such as people, manufacturing, transparency and durability year-on-year. Four retailers (including Ted Baker and G Star) have already piloted MODE Tracker and at least five more will publish their results next year.

“The very fact that companies are now reporting their results in this way – independently verified, transparently and publicly – is the biggest proof of how much attitudes are shifting,” MADE-BY’s CEO Allanna McAspurn says. “It would not have happened even five years ago.” Indeed two thirds of brands interviewed in the 2015 Beyond the Barcode report had improved their labour rights management systems since the 2013 report and active engagement with the research process increased from 54% to 94%.

Perhaps the biggest shift in attitude though has come from the next generation of fashion producers. Emerging designers are increasingly turning their backs on fast fashion in favour of producing high quality pieces where social consciousness is not only incorporated into the business but becomes the USP. 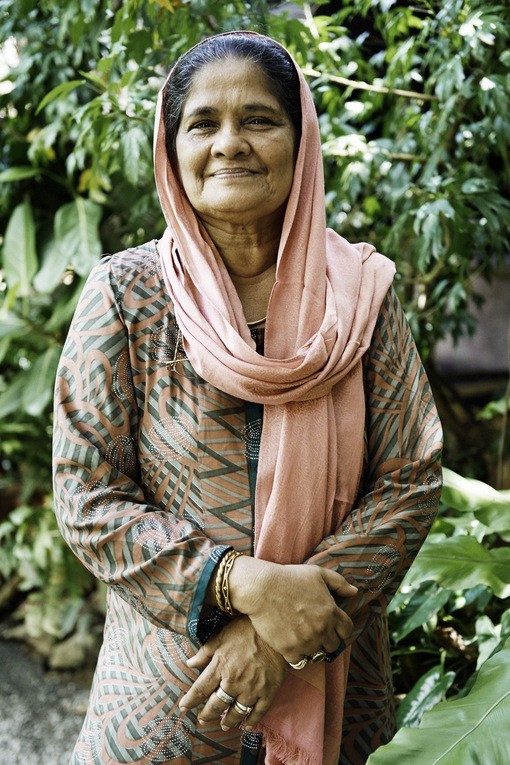 Many, such as Not Just a Label’s Kinsfolk, are collaborating with artisans around the world to create unique garments celebrating craftsmanship. While for every dress sold at Rallier for example, school uniforms are sourced for local schoolgirls in areas where gender inequality is rife. This newfound approach may in part come from the growing number of fashion schools choosing to teach the importance of responsible manufacturing as part of the curriculum. Most importantly the new wave of ethical clothing meets the consumer demand for ethical alternatives thus providing increasing competition for established brands.

And this is why we must stay positive – the revolution has a long way to go but the future is bright. Why was the discussion at Fashion Question Time, held at the Houses of Parliament to mark the start of Fashion Revolution Week yesterday, still centred on how to “create revolutionary change”? Because the revolutionary path has never run smooth and fashion faces new as well as old challenges. How do we reduce greenwashing? Solve the issue of hidden labour in the supply chain? Prevent employees from facing intimidation for forming trade unions?

Yet for every consumer still addicted to fast fashion, another is beginning to ask questions. For every brand putting profit before people, another is rising up to put them at its heart. For every crack that remains in the fashion industry, another has been fixed.