Two years on from the Rana plaza tragedy–Sass Brown, designer, celebrated author and Assistant Dean of the Fashion Institute of Technology in New York City utilises the NJAL platform to urge us all to learn about the responsibility we have to find out who made our clothes and the true cost of fashion on Fashion Revolution Day. As brands and factory owners continue to make huge profits, and eschew their responsibilities, Brown calls on Fashion Revolution Day to organise and fight for a different vision of society, where every world citizen has the right to live in dignity.

Two years since the tragic building collapse at Rana Plaza that killed 1,138, and injured 2,500 garment workers in Bangladesh, and the fund that was started to compensate the survivors remains $8 million dollars short. Calculations put $30 million as the amount needed to adequately cover compensation to the victims and their families. To date, claimants have received approximately 70% of what is owed to them. Several global brands have refused to provide complete payments to the Fund according to Labour Behind the Label, the campaign that works to improve conditions for workers in the global garment industry. Those brands include Walmart, Mango and The Children’s Place, as well as Lee Cooper, JC Penny, Matalan and Kik. Of all the brands however, Benetton stands out, who’s last minute payment of $1.1 million is $4.9 million shy of their estimated liability, and this, their first and only payment made almost two years to the day since the disaster itself. The funds nearly $8 million shortfall in combined payments is from a group of brands that collectively earn tens of billions of dollars in profit each year. Highlighting the inequity and injustice built into the mainstream apparel and fast fashion industry.

Rana Plaza was the single worst industrial accident to hit the garment industry to date, though far from the only one. The Rana Plaza building housed five garment factories in the Bangladesh capital Dhaka.  Nine stories of concrete collapsed, with at least twenty-seven global brands producing orders with the garment factories in the building at that time. The only good thing that could possibly come out of a disaster like Rana Plaza is a critical self-analysis of the industry, and a resolution to make seismic change in how we do business. That is what Fashion Revolution Day is all about. This year, seventy-one countries are involved in Fashion Revolution Day, with people taking photos of themselves and their friends with their clothes inside out, exposing the label, and demanding brands answer the question #whomademyclothes by posting the hashtag on the brands websites and social media along with the photo. A plethora of events are organised around the world; film showings, panel discussions, flashmobs, freecycling parties, and photo booths, all with the intent of raising awareness about the inequality in the fashion supply chain, and inspiring change through action. 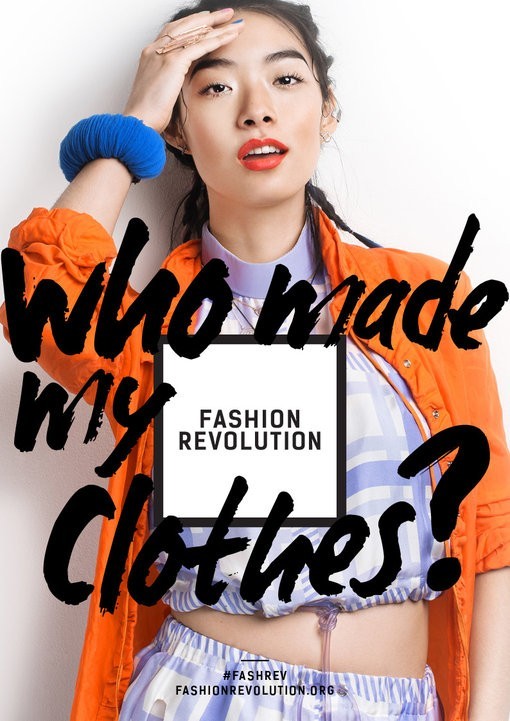 Fashion Revolution was organized to draw attention to the lack of transparency in the garment industry.  With a belief that fashion should be an industry that values people, the environment and profit in equal measure, and that we share an equal responsibility to make significant change in how the system of fashion functions, from sourcing, all the way through to consumption.  Fashion Revolution Day’s mission is to bring people together each year on the anniversary of Rana Plaza, to raise awareness of the true cost of fashion, to show the world that change is possible through celebration of those making a difference, and by shining a light on those who are not.

We are on the brink of a powerful moment of change, a moment that is affecting all of our industries, including fashion, affecting our way of life, and the decisions we make in it every day, from what we eat, and how our food is grown, to what we wear, how we live and where we work.  A number of important moments have converged in the past few years, and are poised to make a significant change, collectively creating a tipping point. Rana Plaza, Fashion Revolution Day, the murder of four Cambodian garment workers striking for a raise in minimum wage, and the imprisonment of a further twenty-three, simply in an effort to earn enough to support themselves and their families through their own labour. Labels hand sewn into garments for sale in Primark with cries of help sewn into them. Three such labels were found in dresses that read “Degrading sweatshop conditions”. The Copenhagen fashion summit, the world’s largest event on sustainability in fashion, which is organized by the Danish Fashion Institute, and brings together a number of high profile speakers and change makers in the industry.  Earth Day, an annual environmental wake-up call and catalyst for education and action as it pertains to climate change. 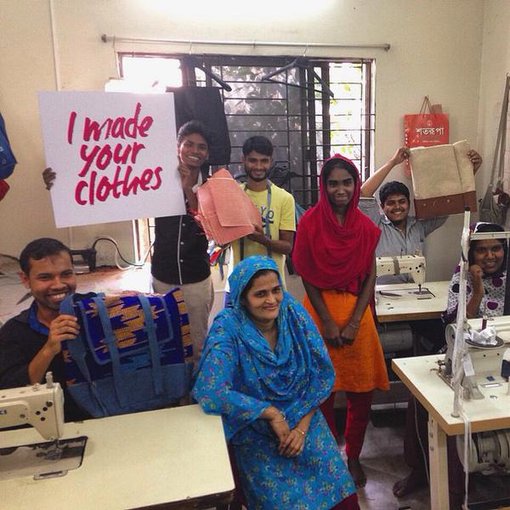 Earlier this year Jean Paul Gaultier ended his pret-a-porter and menswear collections after 38 years of business, because “too many clothes kill clothes (and) the system doesn’t work.” The designer stated he was fed up with the non-stop merchandising, commercialisation and marketing that the frenetic ready-to-wear industry demands.  Viktor & Rolf gave up their ready to wear collection this year also. Then there’s the train wrecks elicited by the grueling schedule of the fashion calendar, with Dior’s John Galliano famously going off the deep end in a Paris bar, fueled by alcohol, ending in a drunken anti Semitic diatribe. And the sad, sad loss of Alexander McQueen a few short years ago, all of which point to a system that takes far too high a toll on designers, makers and the planet alike, and ultimately, it simply doesn't function. Most recently, the high priestess of fashion forecasting, Li Edelkoort announced Fashion is Dead, with her Anti-Fashion manifesto.  Stating the fashion industry “is going to implode”, Edelkoort worries that cost cutting threatens the future of the textile industry, knitting and weaving ateliers.  “Prices profess that clothes are to be thrown away, discarded as a condom and forgotten before being loved and savoured, teaching young consumers that fashion has no value. The culture of fashion is thus destroyed.” 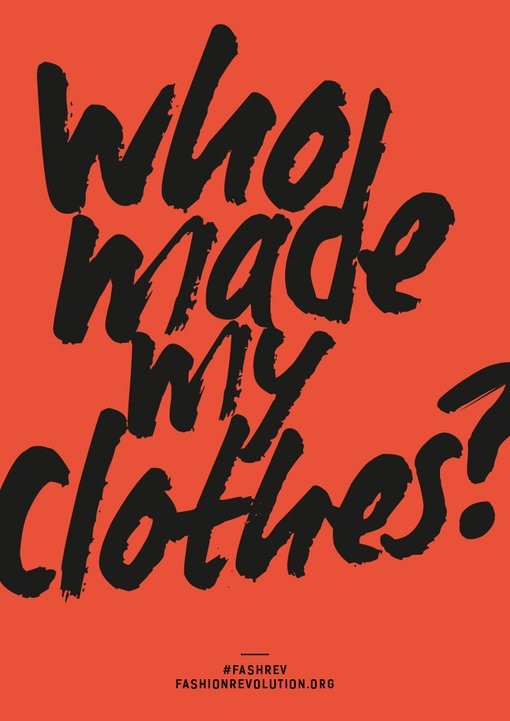 No where is the system of fashion being more fiercely challenged than by emerging designers, defying the sourcing model, production methods, pricing structures, and supply chains, by upcycling materials, producing locally and in small quantities, selling directly to consumers, and redefining what success means to them.  Ultimately, rejecting what Edelkoort accuses big brands of becoming, which is “slaves to financial institutions, (and) hostages of shareholder interests.”  We teeter on the edge of new fashion paradigm, a more ethical and earth friendly way of doing business, as a direct result of complete disenfranchisement with a system that clearly does not work, that is responsible for human suffering, and planetary degradation.

So here’s to a Revolution, a Fashion Revolution! Support change in our industry and demand brands  reveal their supply chains by asking #whomademyclothes? on the anniversary of the Rana Plaza disaster.