NJAL muses on the historic and contemporary relationship between fashion and fiction. Fashion designers draw inspiration from an array of sources, but how do they reference literature which isn’t immediately visual? How have some of literature’s most prolific writers used fashion culture to inform their fictional worlds and craft their characters?

"Fashion rests upon folly. Art rests upon law. Fashion is ephemeral. Art is eternal. Indeed what is fashion really? A fashion is merely a form of ugliness, so absolutely unbearable that we have to alter it every six months! It is quite clear that were it beautiful and rational we would not alter anything that combined those two rare qualities. And wherever dress has been so, it has remained unchanged in law and principle for many hundred years." This is an excerpt that was published in the New York Tribune, April 19th, 1885, and it’s taken from The Philosophy of Dress, written by Oscar Wilde.

After publishing his ‘fashion’ essay, Wilde became the editor of a fashion magazine, The Woman's World. With The Philosophy of Dress he embraced his more commercial side of writing, so editors' engagement was not much of a surprise, or so they say. But the essay as one can guess, is not intended to be a glorification of a fashion world, but it holds purely an activist-esque form, as Wilde was known as the fashion activist. Also, let's not forget that Wilde lived in an era where society demanded that women fit themselves into repressive corsets. A corset managed to reduce the circumference of the waist by up to 16 inches. Wilde first addressed sartorial oppression in 1883, but in 1887, his discourse became more public with a lofty new position as an editor. That same year, he predicted that women would increasingly embrace masculine fashion. "It is probable that dress of the two sexes will be assimilated as similarity of costume always follows similarity of pursuits," he said. Wilde went on to predict that dress of the twentieth century would emphasize distinctions of occupation, and not distinctions of sex. The socio-cultural effects of WWI clarified Wilde’s prophecy with total certainty. He later went on to add that: "The beauty of a dress depends entirely and absolutely on the loveliness it shields, and on the freedom and motion that it does not impede."

Both fashion and literature occupy a fetish for fantasy inside the minds of so many people, and they intersect to inform each other in ways that we don’t stop to think about often enough. Literature has given the fashion world some of its most enduring icons, such as Anna Karenina, Holly Golightly, Gigi, Jane Eyre, Orlando, Miss Havisham…these iconoclasts were firstly fashioned with a pen, yet they continue to catalyze inspiration for many designers, stylists, and readers. 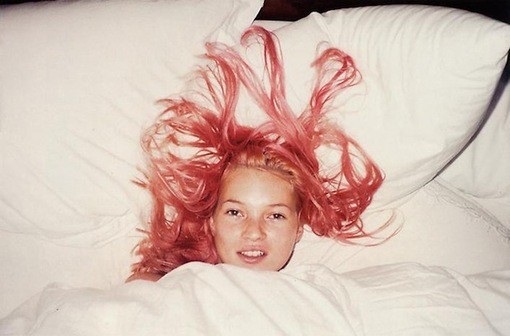 Virginia Woolf, a writer and a fashion icon herself. She created icons, and she truly became an icon. Woolf was too delicate and sensitive for her own good. She was marked with chronic melancholia and hovering paranoia, but she captured all her characters with famously visceral precision. These are characters that have been internalized, and in many cases downright copied, by countless writers thereafter. In her 1925 classic Mrs. Dalloway, Woolf writes: “Vain trifles as they seem, clothes have, they say, more important offices than merely to keep us warm.”

So, how do fashion designers aestheticize characters they can only observe as lines on a page? Just as a designer can seduce our senses, a good writer can craft characters that resonate with our mental faculties, and colour us with fixation and fascination. They become characters that we build, dress and envision in our minds, or inextricable characters unfold with animated zeal inside our minds and imagination on their own. It’s a skill, but it doesn’t belong to writers alone. In fact, some of those same ingredients fuel some of fashion’s contemporary visionaries.

Take Juergen Teller for example, the acclaimed photographer behind one of last year’s most definitive fashion campaigns for Celine starring the great, almost mythical, bona fide literary high priestess Joan Didion. Didion is hidden behind a pair of signature Celine sunglasses in front of the camera, with stature and poise. Ms. Didion had just turned 80 when the ad appeared. The campaign generated a viral frenzy, especially in the age of Instagram where a luxury fashion house prizes intellect despite the fact that many target Millennials or members of 'Generation Z' who wouldn’t even know who she was. There were countless articles and think pieces trying to understand and explain the ad, and all in quite a celebratory manner. In the end, even Ms. Didion responded herself, saying she didn’t have a clue this would become such a viral talking point, but she also reminded reporters that it wasn’t her first modeling gig, having appeared in an ad for Gap in 1989. It is also wasn’t the first time the French fashion house had paid homage to her literary prowess either. In one of their earlier ads, Celine recreated Didion's cover from Where I Was From, fronted by model. 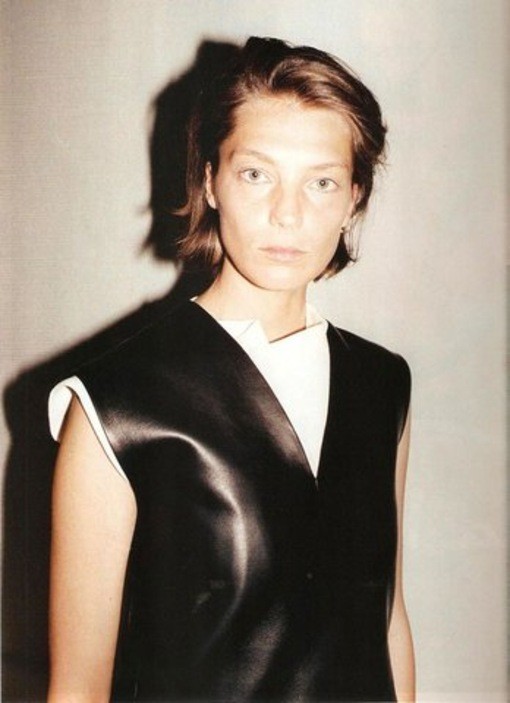 Moving on to Bret Easton Ellis, who doesn’t have the iconicity of Joan Didion or Oscar Wilde, but his cult-status has seen him create quite a few characters that were very fashion forward, and conversant with contemporary consumption of fast fashion. In his novel American Psycho, his protagonist Patrick Bateman is a handsome and impeccably dressed serial killer. In his novel Glamorama, the lead character is Victor Ward, a mean-spirited New York model who found solitude among a group of high-fashion models, who actually turn out to be terrorists led by supermodel Bobby Hughes. Ellis, who has freely mixed literature with fashion culture and even terrorism, explains: “The basic connection that I saw was insecurity. The fashion world survives by foisting a sense of insecurity upon the public. They want you to look a certain way – own these dresses, buy those clothes. What it foists on you is a desire for something unattainable. For terrorists, the goal is not really the bombing of the embassy or of the airliner; it's to make you feel unsafe, to give you a sense of insecurity about your world. You don't want to worry anymore, so maybe you give in to their demands. ” Though fashion and terrorism is an unlikely conflation, it shows how ripe fashion is as a cultural subject to probe and weave into prolific literary material.

Then there are fashion designers whose fixation with literature leads them to pursue literature as a new creative medium. The French designer Sonia Rykiel has written several books. The first book she wrote was back in 1968 and it was called And I Want Her Naked (Et je la voudrais nue). In the book Rykiel writes: “I slip into black clothes to have secret liaisons. Camouflaged, I say, ‘I am not hiding.’ I am a liar. I am the indissoluble, experiencing all the senses. Sliding through mystery, I do not understand myself. I pass through, I enter new flesh, I insert myself, I mold myself, but down deep, I don’t find myself. The more I say, the more I tell. Impalpable, disobedient, rebellious, I have to be tracked down. I open the ranks of restless women.” It’s an almost poetic diagnosis of the symptoms of being a female designer and grappling with issues of femininity, patriarchy, and the consumerist world of fashion. 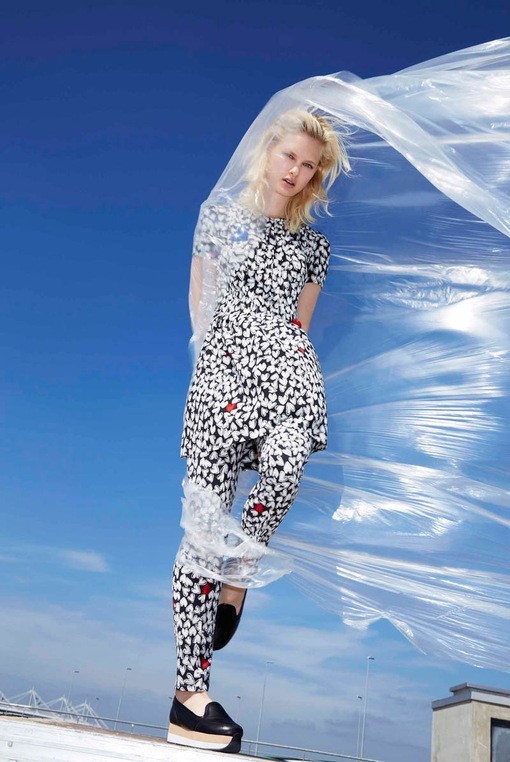 Within fashion’s new guard, there are rising stars such as Olympia Le Tan, a French designer who of course is not a writer herself, but is adored by the literary-loving fashion crowd for her delightful, hand-embroidered clutches that imitate iconic book covers. It’s cute, it’s nostalgic and erudite.

So, if we draw the line here, fashion and literature, have their own winding story of intersections and deviations in both a historic and contemporary sense. It’s a story about how one complex of set of creative practice can give way  and guide to another. They both offer each other a new lease of life, and fashion and literature can shape and inform each other, provide shape and structure despite being two radically different mediums.

Literature can feel inherently personal, so does fashion. In a manner of speaking, the two are so very much alike. Coco Chanel was correct when she said that “fashion is not something that exists in dresses only”. Thinking about Chanel’s diagnosis lends some structure to the organic flirtation that’s always existed between the worlds of fashion and literature. A good read holds a timeless quality and it simply never goes out of style, or as Tony Cane-Honeysett puts it: “Fashions may go out of style but style never goes out of fashion.”