As conflict in Ukraine peaked last year, fashion was weaponised and designers bravely translated their political motivations to the catwalk. When the rest of the world’s fashion press avoided the war-zone, NJAL took to fashion’s front line in Kiev, to stand in solidarity with its home-grown talent. One year on, NJAL is back to assess Ukraine’s turbulent terrain and turn the camera on its community of emerging fashion talent in a candid short film titled #EyesOnUkraine. Watch here now.

All Eyes on Ukraine from NOTJUSTALABEL on Vimeo.

One year ago, Ukraine was embroiled in political turmoil, bloody conflict and a looming revolution, yet Ukraine Fashion Week and Kiev Fashion Days strove on to showcase the best of its national fashion talent. While the international fashion press and buyers stayed away, largely due to Western imposed travel sanctions–NOT JUST A LABEL joined its stable of Ukrainian designers on the front line. It served as a lesson in how fashion’s power could be weaponised as a loaded political tool. A year later, NJAL returns to Ukraine to chart change and see how Ukrainians are ready for the new future of their country—and how they will continue to respond in full, creative force. 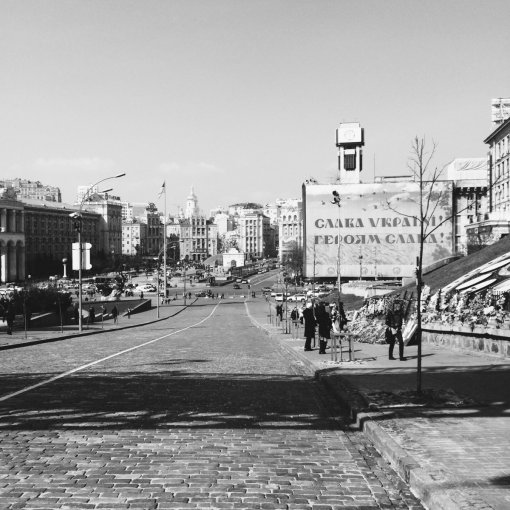 From our privileged position in the West, it’s all too easy to neglect the harsh reality that in some parts of the world, young designers not only have to struggle with limited funding opportunities or training, but also the strain of political turmoil. History only serves to show that in countries of unrest, such creativity is consistently restricted and repressed. Yet, even in the looming shadow of war, Ukraine has become credible example of the age-old dictum–“the show must go on” and many of NJAL’s Ukrainian designers have consistently seized every opportunity against the kind of odds that makes the struggles of most Western designers look easy and breezy.

A year ago, hope for young talent in Ukraine seemed increasingly dismal when amidst conflict, creative output was censored and stifled during the height of wartime. When NJAL founder Stefan Siegel observed protests in Maidan Square last year–many designers he met went straight from barricades to catwalks to showcase their collections. International press outlets, from Vogue to Wall Street Journal have all unanimously championed Ukrainian fashion’s resilience, and such rich commentary has also educated Western audiences on exactly how precarious the situation really is for designers here. 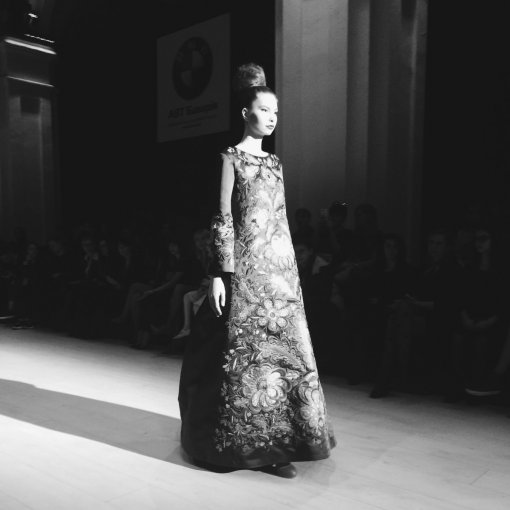 Ukraine’s creative force continue to struggle today with imposed sanctions on their income, as well as the logistical nightmares of creating a collection, where in some parts of the country, sewing machines might run for only two hours a day amid electricity shortages, as well as the relentless difficulty in importing fabric. Some might denounce such issues like fashion as frivolous in a country where many are trying to survive, but clothes and the elixir of design itself has become a symbol of utopian possibility.

When highly-lauded Ukrainian brand Poustovit opened Ukraine Fashion Week with a silent runway and NJAL’s Anton Belinsky (who was recently shortlisted for the LVMH Prize) used a huge Ukrainian flag to adorn the backdrop of his runway last season–it signalled change and just one month after his show, the revolution in Ukraine began.

In 2015, designers and their seamstresses are no longer afraid to go outside and the aesthetic message signalled by Ukrainian fashion talent is one of hope and not war. In this candid short film titled ‘Eyes on Ukraine’, produced by NJAL at Ukraine Fashion Week Autumn/Winter 2015–Ukraine’s brightest stars are spotlighted and give a raw, honest account of everyday life in their country and what’s it like to be a fashion designer in one of the most uncertain periods of their national history. “Fashion for Peace" has long been a slogan and a social media hashtag for many of these designers striving on in turmoil. A year on, NJAL feel as though patriotism is more intense than ever, and especially amongst its youth. "They are making political statements with their clothes," says Robert Cavell-Clarke, NJAL’s Head of Scouting.

Life is improving for Ukrainians and most certainly for its fashion community. Its creative output surpasses many European fashion capitals, and these designers are enjoying their moment on fashion’s global stage. Following NJAL’s persistent and loyal celebration of Ukrainian talent, support from iconic fashion bibles like Vogue and purveyors of cool–Opening Ceremony have since followed suit and dubbed Ukrainian fashion talent as “The Innovators”. 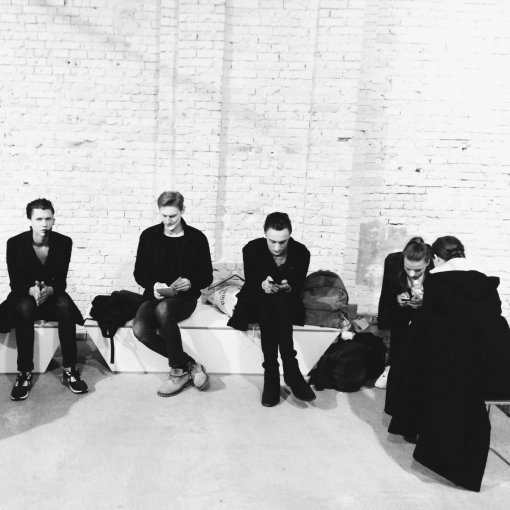 Nevertheless, amidst Kiev’s gleaming patriotism and wide-eyed smiles about Ukraine’s future, it was obvious that while the city prepared for its very own fashion week, designers and the wider fashion community remained aware of its nation’s continued fight for sovereignty on the frontlines of the Donbas regions. Over the course of Ukraine Fashion Week, it seemed this was a necessary and valued platform for the country’s burgeoning fashion industry. It was an opportunity to reflect on the country’s current conflict and on Ukrainian identity as a whole. Ukraine’s two major fashion weeks–Ukraine Fashion Week and Mercedes-Benz Kiev Fashion Days splits its country’s small but strong pool of designers into two camps. Can Ukraine’s fashion community really afford to be caught in crossfire of palpable tension between two platforms designed to nurture design talent?

This rich array of talent coming out of Ukraine wholly stands up with Western fashion capitals. More subservice fashion cities in Europe such as Antwerp claim their cultural cache for fashion forward design due to distinctive design schools and an unmatched fashion education. 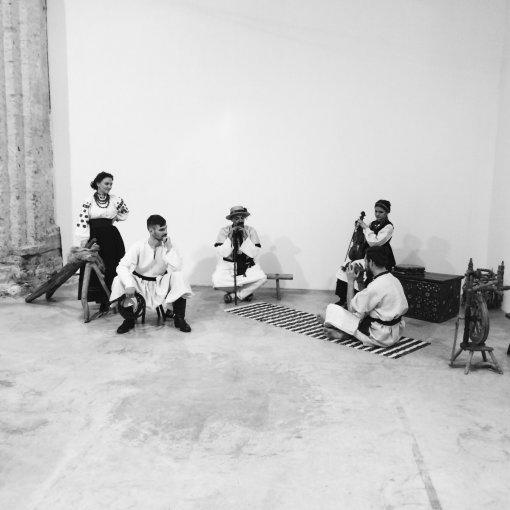 NJAL investigated and found only one “fashion” course in Kiev. Taking a look around the city’s biggest educational institution was an eerie experience. Chaperones were tight-lipped and the imposing Soviet building was brutal in every sense of the word. It was clear that Ukraine’s “fashion education” was more about learning the mechanisms of production and manufacturing rather than creative design training. Facilities were a far cry from the amenities offered by Western fashion institutions yet Ukraine has consistently revealed itself as a hub for fashion innovation. It genuinely is one of the most exciting places for fashion in the whole world and given the hurdles these designers face everyday–it’s a testament to Ukraine’s capacity for enduring creativity.

While fashion might be propelling Ukraine to the world stage, everyday life in this country is far from normal. Police corruption is rife, with designers warning tourist friends to not carry their passports with them, official visa documents saturate the black market and to even see a doctor requires some sort of bribe. This kind of debauchery is part of daily life here and things might not change for a long time. Even local celebrity-like, political figures are publicly known to dabble in “Black PR”–a dark side of public relations devoted to destroying political opponents through well-devised smear campaigns. This is a reality in Ukraine, where war is always in the far corner of your mind but one year on–Ukraine has weathered the storm and once again, NJAL’s has firmly fixed its #EYESONUKRAINE. 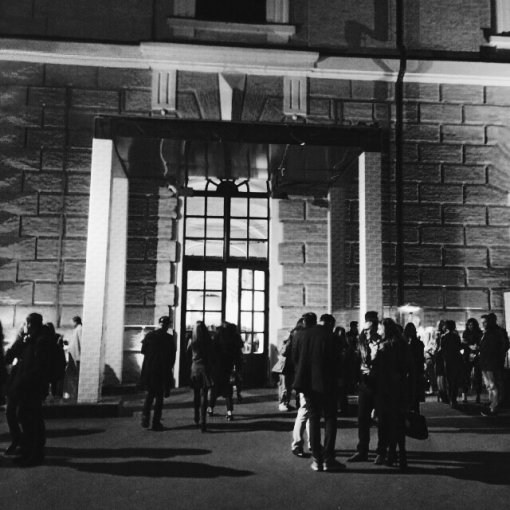