This Christmas, I’d like to draw a more positive picture than the post-truth era ushered in by 2016. Because we have now gained a unique opportunity to establish a pro-truth movement in 2017.

Thanks 2016, it’s been weird! We now officially live in a post-truth society – so much of what we believe in has been overturned this year. Post-truth implies that we willingly live in a world where truth itself has become irrelevant. Though I feel the opposite is the case: thanks to digital and a connected society we now discover the truth and the lies behind social, political and commercial frameworks, and realise why innovation, transparency and progress are so hard to implement. Especially in fashion, where it has never been so apparent how outdated and uninspired the established system has become.

So for this Christmas, I’d like to draw a more positive picture, and claim that we have now gained a unique opportunity to establish a pro-truth movement in 2017.

I recently had a conversation with a friend on sources of information, considering most corporate media organisations this year have been called out as blatant propaganda machinery, characterised by sensational click-bait journalism. As a sceptic who reads five different newspapers every morning, including user-generated comment sections, it became apparent to me that finding a truthful message has become a laborious D.I.Y. exercise. Understanding the real drivers behind the conflict in Syria, Brexit, US-Elections and sanctions on Russia requires profound research, multiple sources of information and, most importantly, time.

Translated into our fashion universe, the notion of discovering truth is one of even harder work. Fashion has never had to tell the truth, as most established industry players claim it is about aspiration, exclusivity and dreams. Until now. 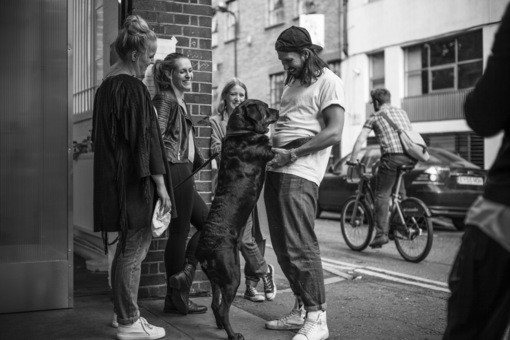 While the front-row chit-chat still revolves around “see now, buy now”, fashion shows vs. presentations and Snapchat as a way to bring their outdated brands into the 21st century, the world has moved on. Disposable income is now spent on experiences, and fashion as we know it did not catch that train. In 2016, suddenly, luxury fashion has become outdated, irrelevant and dull. The result of not providing real value to the consumer, the concealing of how and where products are made, and ultimately, the bi-annual circus directly funded by customers is no longer appealing. Fashion does no longer qualify for Breaking News, if it doesn’t contribute in a meaningful way to today’s society. 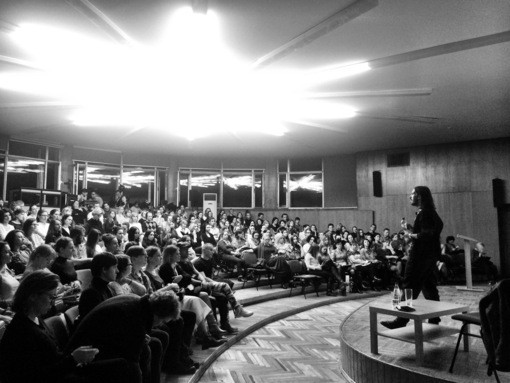 I strongly disagree that we live in a post-truth society, this is just a lame excuse. Instead, we are now approaching a time where we, as citizen or customers, can decide to filter, edit and make informed decisions. Likewise, creatives and makers –such as the 25,000 designers represented via Not Just A Label– can now opt to go their own way. No longer do they have to brand themselves the way the fashion press requires them to; or design the way a hyped buyer of yet another candle/book-selling concept store want them to. A digitally connected world offers communication and sales channels that are far better than what we were forced to use in fashion for the past decades. 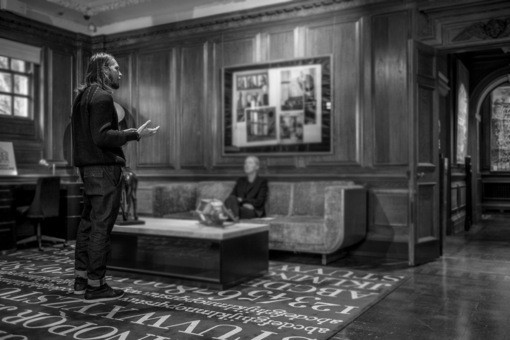 In a recent study conducted by NJAL, 91% of our global designer database have expressed they now primarily sell via their own channels, such as Shopify, Instagram, Etsy, and so on. To the question if designers are still keen to sell through prestigious concept and department stores, only 16% considered it as a relevant sales channel for 2017. These global business decisions are influenced by a position of shear irrelevance some of the main fashion media publications have parked themselves in – our designers simply do not have to ask for permission any more. Their products are now better distributed thanks to simple and effective digital channels; their garments are more sustainably made and their designs more relevant, as they combine a true expression of the artist, combined with a timely message characterised by regional identity. 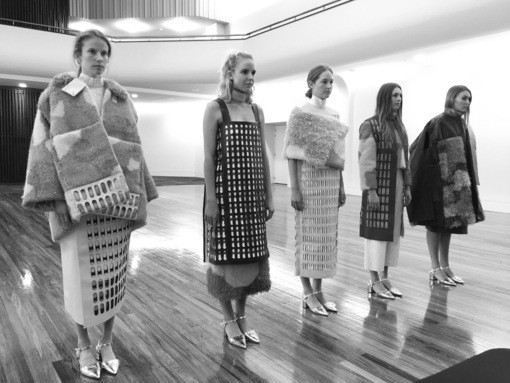 So, while the establishment keeps on decoding fashion at self-glorifying awards and events, during which our sector has become the laughing stock for other, more innovative and sustainable industries, the revolution has begun. And rightly so, a system cannot be changed by those profiting from the same system, clinging on to outdated forms of manufacturing, showcasing and retailing.

At NJAL, for 2016 we decided to push ourselves and our designers, to innovate and continually question known processes. By recognising that we can simplify our systems, including how we learn and why, we will bring changes that resonate. We want to be the first to let go of complexities that have stuck around for lack of better problem solving. Our manifesto for 2016 was born: Authentic Radicalism. 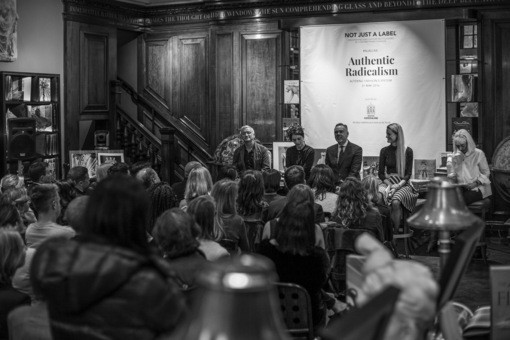 Determined to continue altering fashion’s system, NJAL embarked on a journey to expand our activities globally. The empowerment of small- and medium sized manufacturers, paired with emerging designers flourished during our 4th edition of Origin, Passion & Beliefs, this time from Milan, as well as a unique collaboration with Alcantara, resulting in an inspiring exhibition in London’s Shoreditch. While our collaboration with Dubai’s Design District continued, we decided to expand our operation to the US. Following the launch of our educational series, Authentic Radicalism, in collaboration with Maison Assouline in London in May, NJAL settled down in Los Angeles, home to the largest manufacturing employment in the US. 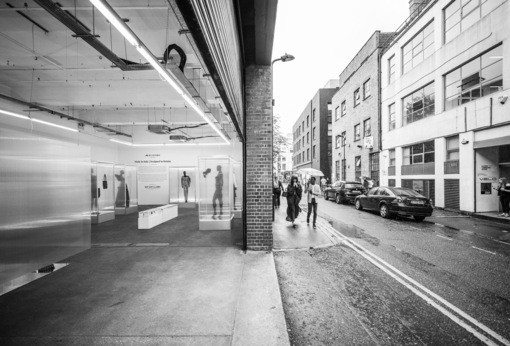 Made in Italy | Designed in Britain Exhibition, London, July 2016

Creating a US base, NJAL is working with LA Mayor Eric Garcetti’s team to bring many of its successful on- and offline activations to California and promote Los Angeles as a hub for sustainable manufacturing to its global community of over 25,000 designers. To announce NJAL’s Los Angeles residency, the city's fashion and media influencers and vanguards gathered for the second instalment of NJAL's Authentic Radicalism event series to discuss the vastly under-appreciated — and equally unfulfilled — manufacturing capabilities of the Californian city.

For 2017 NJAL is working on a new digital platform, aimed at providing our designers with even more business tools to progress and finance their development independently. Alongside new showcasing tools, I strongly feel e-commerce must continue to develop and ensure it does not become yet another static middleman, hindering creators and makers from accessing much of sales proceeds. NJAL is now working on a revolutionary tool to allow its designers to commercialise their designs both on a B2B and B2C basis at the same time. 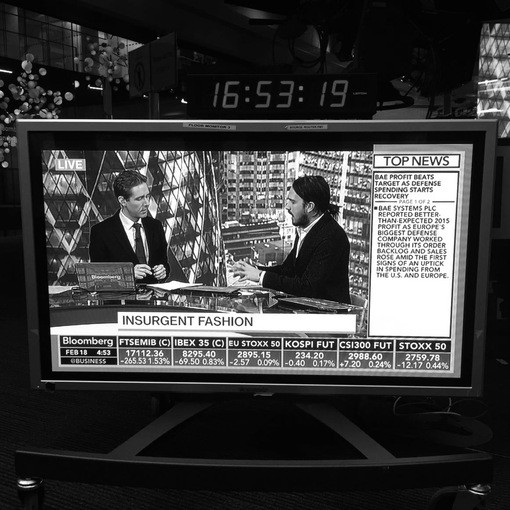 Ultimately, at NJAL we feel the Internet is not a finished product; instead, this is just the beginning. While many established fashion players are busy digitalising their unsustainable physical business models, resulting in cash-hungry, loss-making e-commerce businesses, I would love to shift the focus to the next 10 to 20 years. Ten years ago, emerging designers were forced to use a website called MySpace to showcase online, while online retail was something fashion had not yet considered as an option. Ten years later our entire lives and businesses are run from the palms of our hands, and I am filled with excitement thinking of new technologies impacting creative communities in the years to come. We must free ourselves from systems that no longer serve us, look outside our (fashion) bubble and finally give technology a real chance. 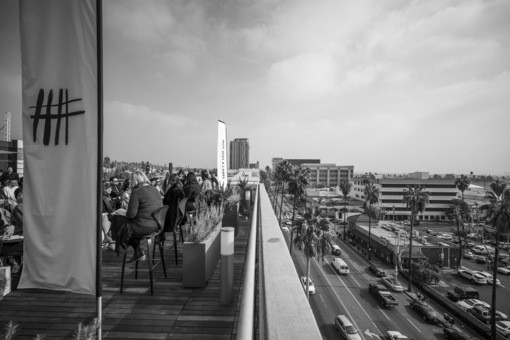 Ultimately, freedom comes with education, and it is a critical right. We must create our own system and forge our own path, empowering people to step outside the enshrined structures and institutionalised systems. What NJAL has always been about is giving people the power to run small companies across the globe, while creating an eco-system in which their labels can flourish. Under our manifesto, Authentic Radicalism, we will continue to work to bring home this point and encourage a new mode of thinking and working – in and outside of fashion.

Happy Holidays and here’s to a truthful 2017,

Stefan Siegel, and the NJAL Team