We love getting the chance to get to know our designer community. We recently spoke with NJAL designer Courtenay Tyrrell from Maude Studio in Melbourne, Australia. She talked us through her love of stones and embellishments, where her passion for fashion came from, and the inspiration she pulls from the Australian ocean. 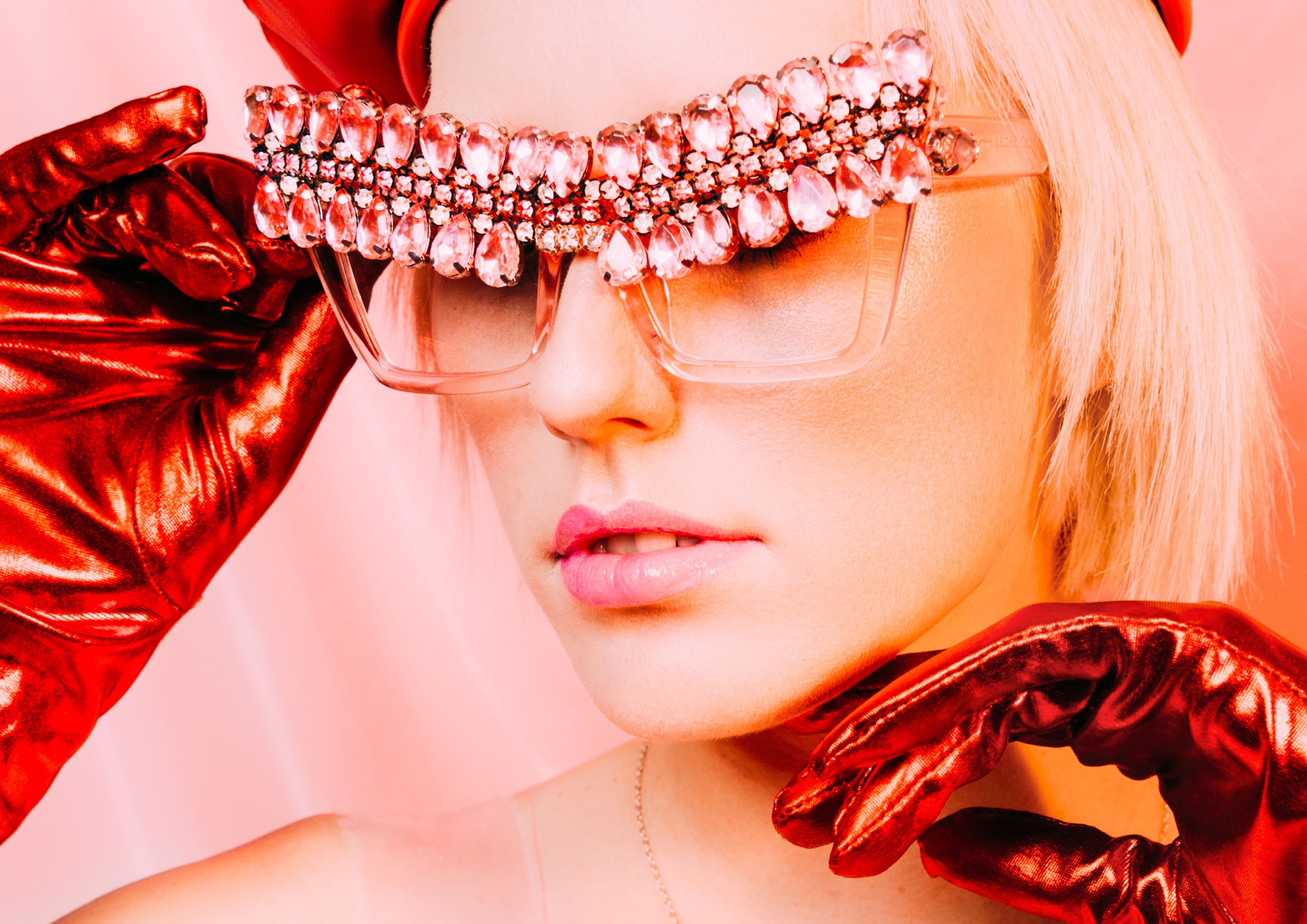 Was there a particular moment that made you decide you wanted to work in fashion?

I don’t remember a specific moment, although I remember that from a very young age I had been buying Vogue and drooling over the amazing images inside from cover to cover. My favourite ones got ripped out and stuck to my bedroom walls to make one big fashion collage. One time I saw the most incredible pair of Gucci shoes on the back of an issue. They had a black satin ankle strap and this incredible heel that was completely embellished with tiny mirrors all over. It was the most amazing thing I’d ever seen. So, I decided to call up Gucci and ask how much they were—the plan was to save up all my pocket money so that I could buy them. I think I was about 12, and when I phoned the store the lady was super lovely and knew exactly which pair I was referring to. When she said they were over a thousand dollars I felt like the world had stopped spinning on its axis. It was if I was living in some parallel universe where I could see things but couldn't touch them, or as if someone was playing a joke on me—it was totally surreal. So, my first fashion memory is really bittersweet. The happy ending is that I ended up buying a similarly beautiful pair of studded gold platform Gucci shoes to wear with the dress I’d made for my year 12 formal.

Without knowing it at the time, this disappointing yet significant memory brings to light my compelling obsession with embellished accessories, which had obviously formed quite naturally before I really knew anything about how to design or create anything non-craft related. The significance of this fashion memory doesn’t resonate until well over a decade later when my first creation for my very own brand came to life—an embellished pair of high heels. 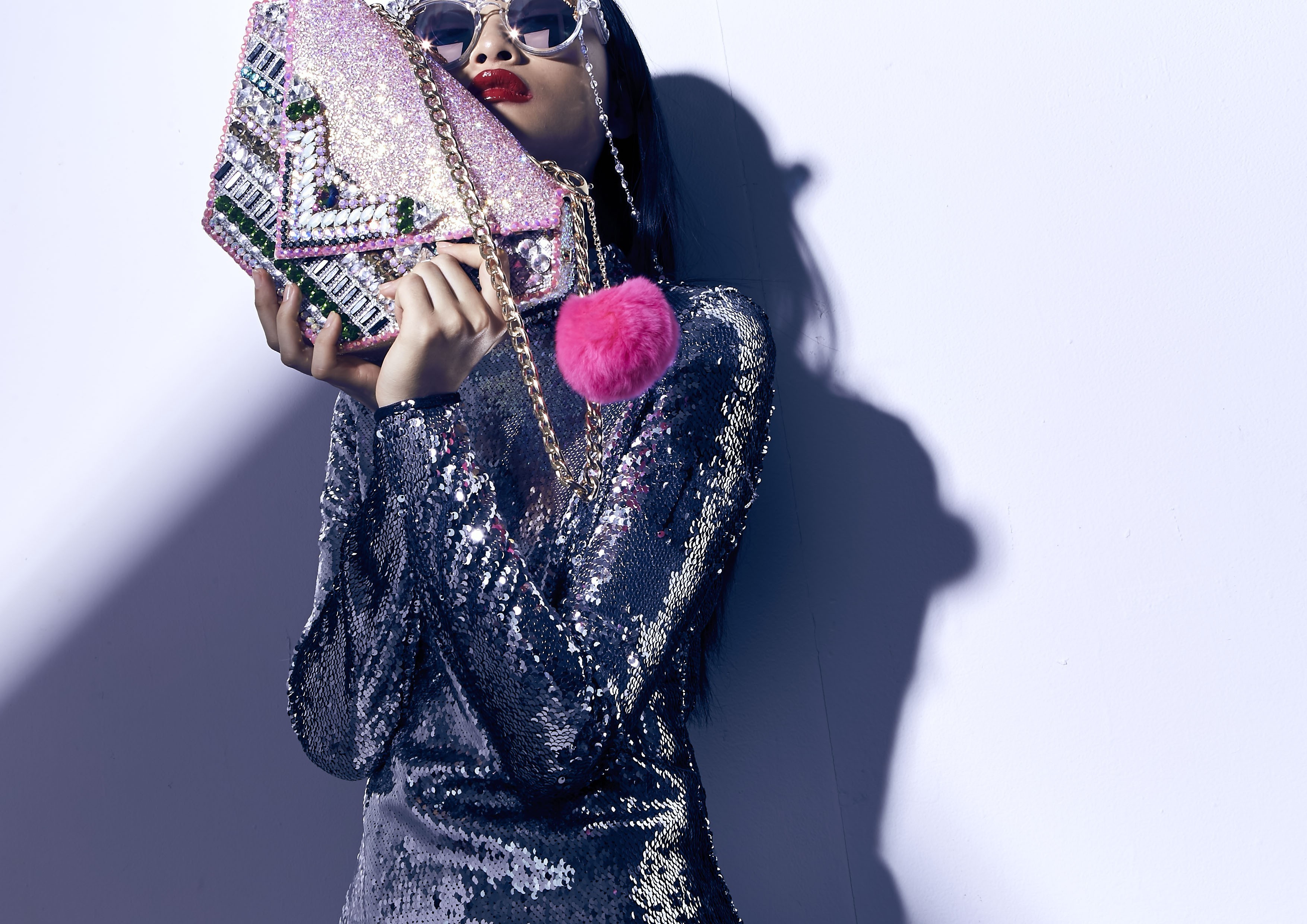 Has your relationship with clothing changed as you delve into the fashion world?

Entirely. I studied fashion at university and always wanted to be a fashion designer, but after a few years working in my first role for a clothing company, my mind started to wander as I dreamt of ideas that didn't really exist within the parameters of garment design. It was completely fortuitous that I started to find loads of costume jewellery for sale in the sample store for the company I worked at. I started to collect bags of this jewellery to take apart and sort to then place into separate tubs. From there it only seemed right to begin arranging them, arduously and meticulously upon a pair of shoes. I'd sit for hours making patterns and colour combinations with these amazing varieties of stones and embellishments. And then another formation came to life on the surface of a clutch bag. Soon there was a five piece collection of completely OTT embellished shoes and accessories. This creative process was the most satisfying project that I had ever brought to life, and these pieces represented an entirely new creative direction for me. From this, 'Maude Studio' was born. 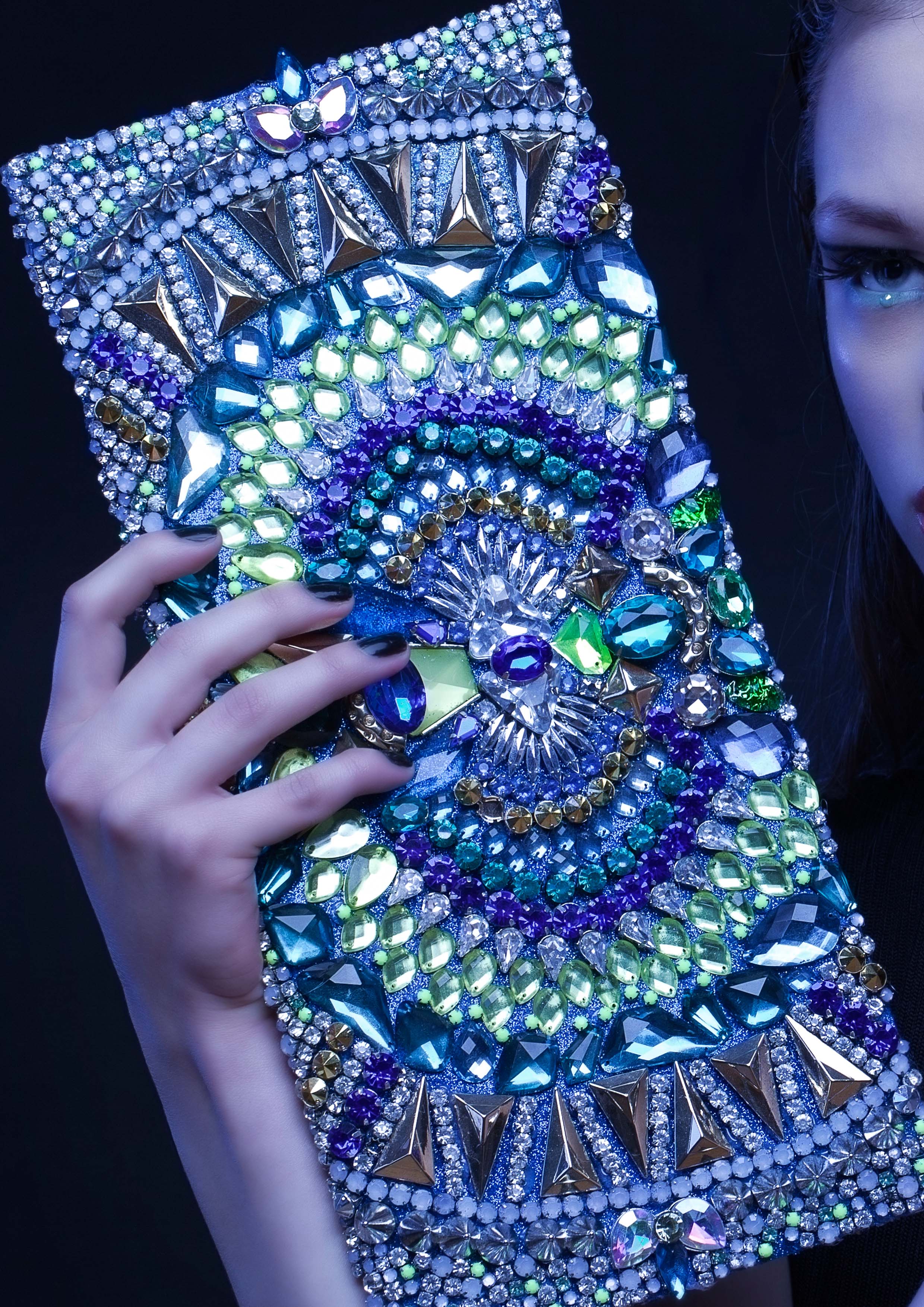 This first collection was called 'Glittermare' and was based on this idea that something could be so glittery and excessively shiny that it was actually a bit scary. I must give credit to my friend who coined the term in response to some of my more garish outfits at the time, which she (jokingly) said were terrifying.

Through this new process of making, I felt like I had found my niche and it was time to bring my brand to life. Soon after, I quit my job and started my accessories label. Four years later, the brand is nothing but sparkly handbags and bejewelled sunglasses for days! I can't really imagine designing clothing anymore. 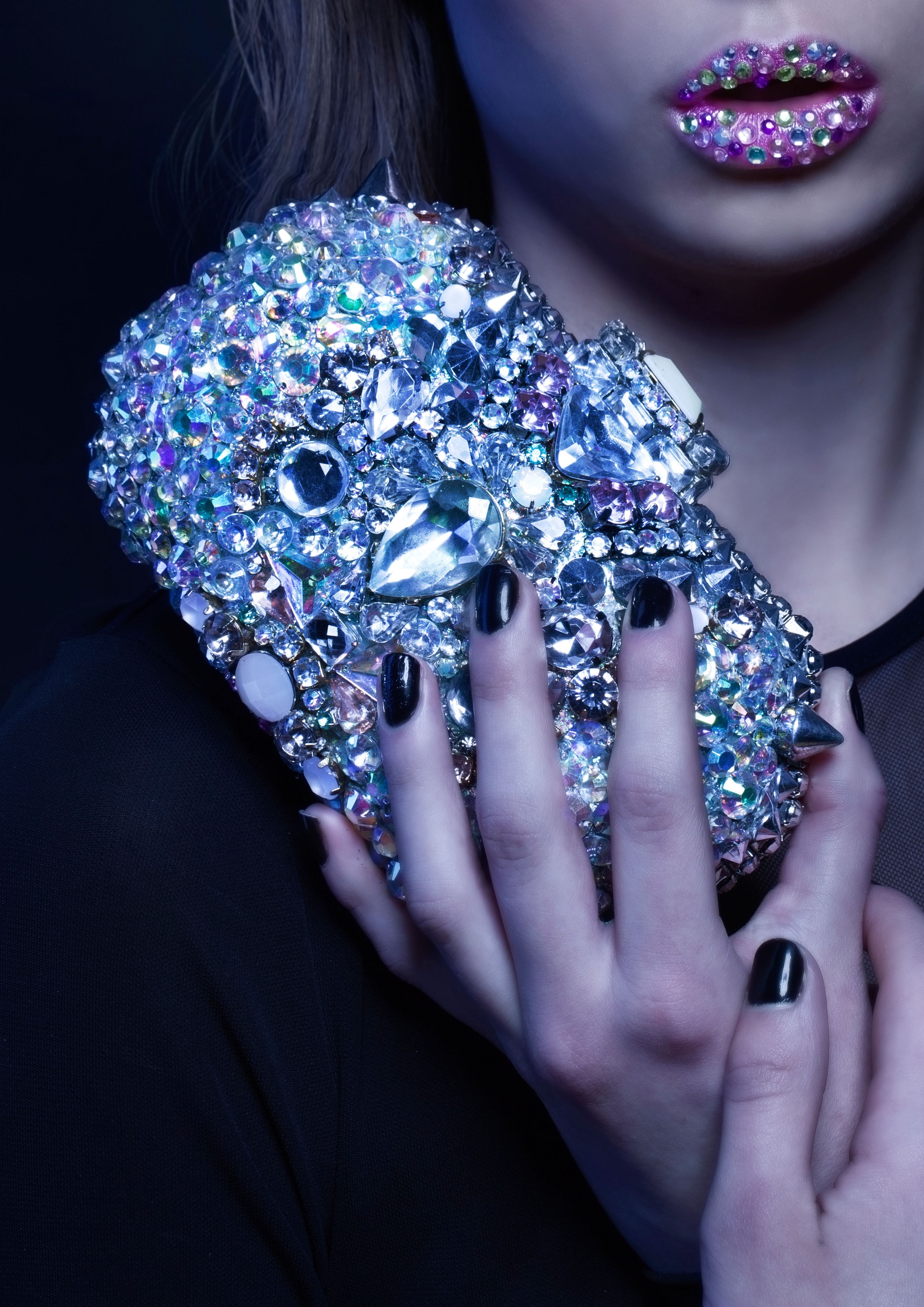 The bubble of constant consumption makes it so that fast-fashion and trends seem to rule. What’s your opinion on this?

I think that the bubble is going to burst. I think that people are hungry for clothing and products that resonate with them and speak their language. This is where independent designers have the opportunity to find their tribe. I think that independent designers can do what fast-fashion cannot, and that creates emotion. In the current state of consumption where it's frantic, loud and busy, designers have their opportunity to offer a breath of fresh air. A feeling, an appreciation, an emotion— and a lasting effect on people. 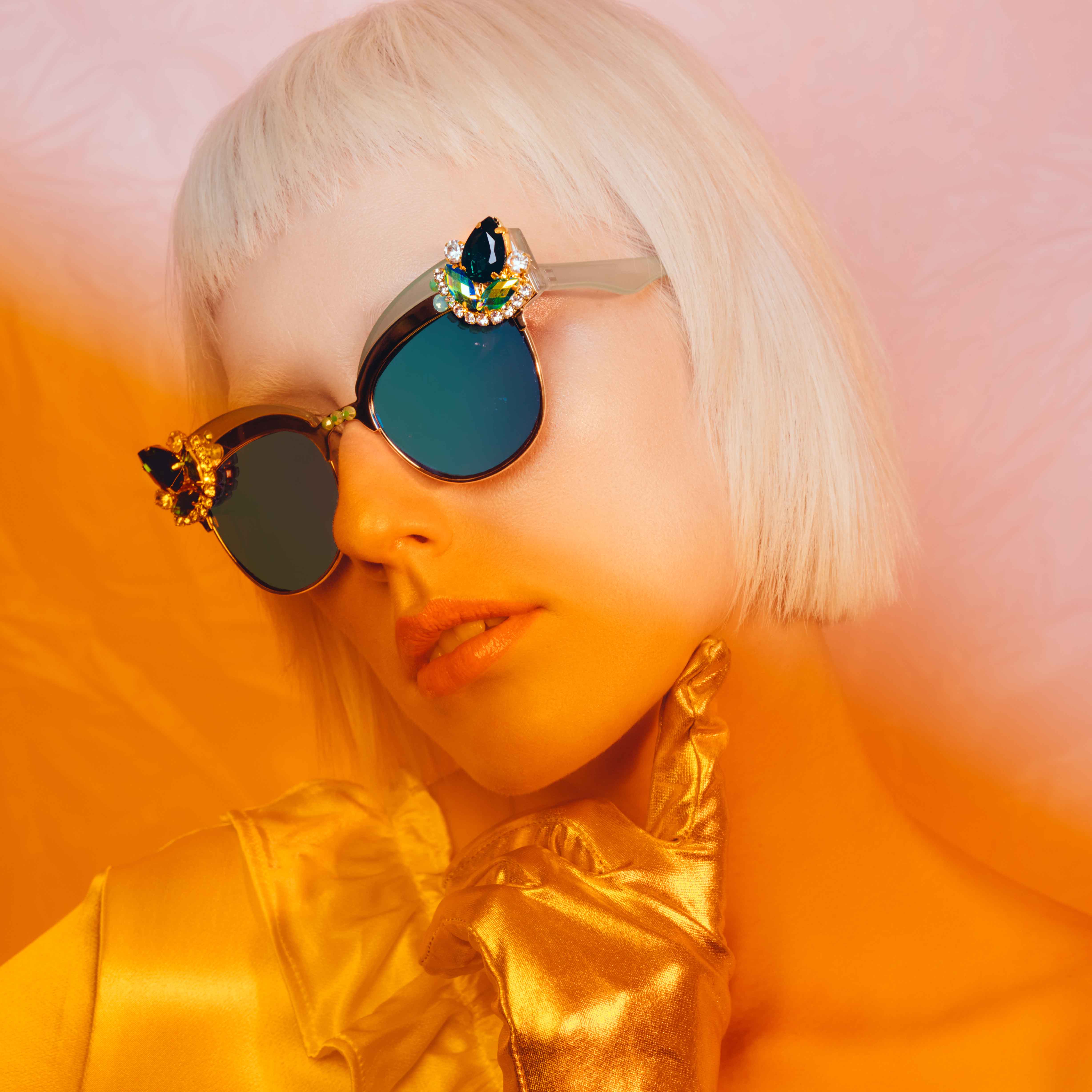 Tell us any anecdotes about the making of your last collection.

For those who have followed our brand, you will know by now that we are forever inspired by the ocean. From the tiny microscopic beings which glide calmly around the bottom of the ocean in all their bio-luminescent glory to the top of the sea upon which its surface projects such effortless beauty in the form of iridescent sheens of pink, purple, blue and pastel hues. These are always and forever captivating our imagination. All of the time spent among this vast, mysterious and beautiful ocean expanse, is time collecting new inspiration, and new idea's to form new creations. Our latest collection of handbags are no exception. The inspiration for these comes from the fusion of energy which is propelled against the sea during a storm. Perhaps this is reflective of the timing in Australia currently, having recently been through a season of winter where so many grey clouds have been watched, looming in the distance across the glass surface of the ocean. 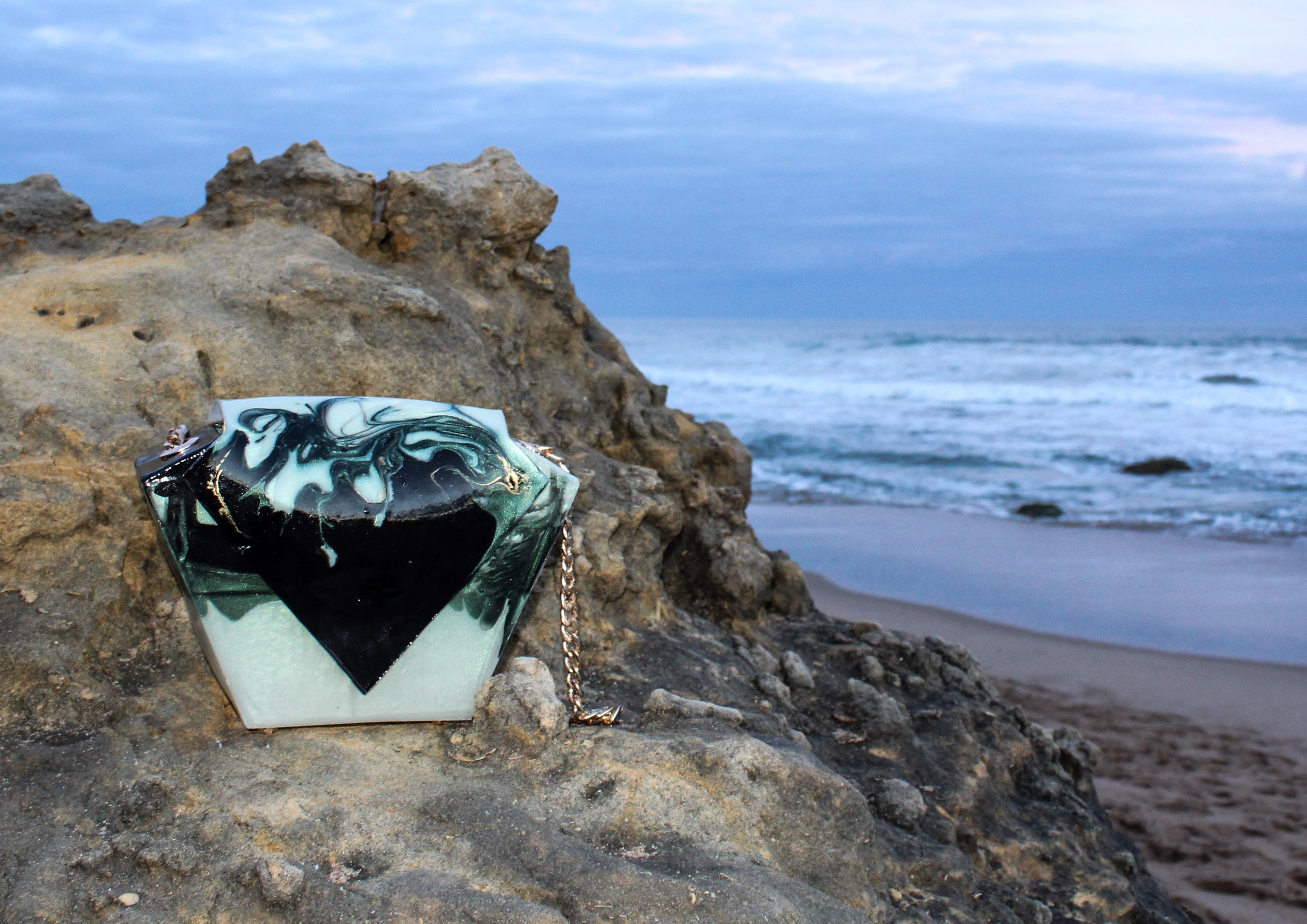 Each time the visual effects are so different, yet equally beautiful. Perhaps it's the contrast of darkness from a storm which is so stark against the lightness of the sea, which enables such a notably interesting visual display. It is incredibly calming and equally stunning to watch the grey clouds roll along the horizon of the water, as the sky becomes almost indistinguishable from the water, as the rain falls and the wind rushes to mix together two distinct, natural energies.

The concept of encasing this merging of energy is what has inspired the making of our latest range of handbags. The process allows different colours to be hand poured to flow together, making organic, fluid patterns. Each handbag is unique from the other, just as the visual effects of every ocean storm will also be. This concept is the inspiration behind these new creations, the collection is called 'A Perfect Storm'. 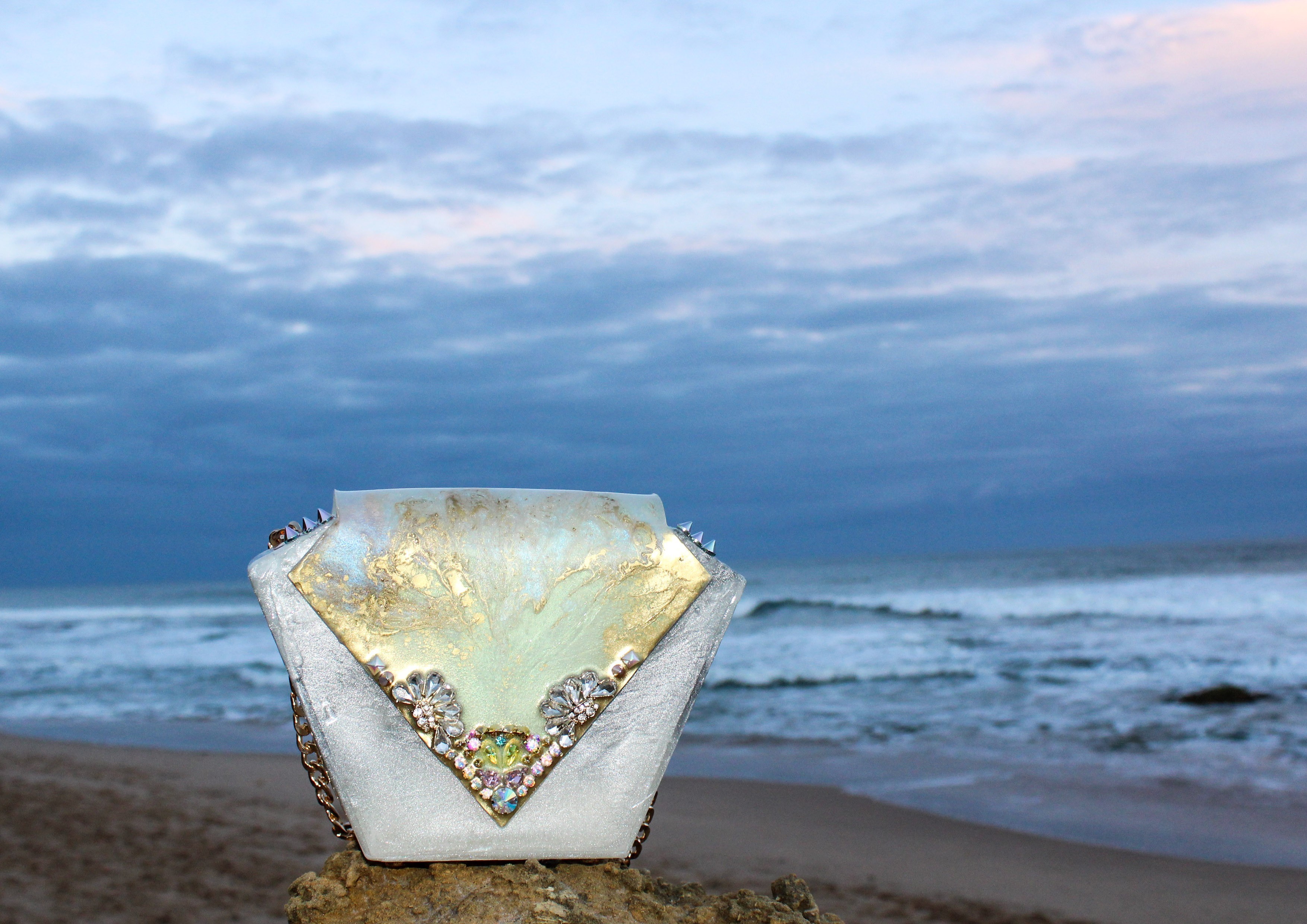 What would be your dream collaboration scenario?

It would definitely involve Swarovski and a really large scale installation situation so that I could create an Alice in Wonderland world out of sparkles. I’ve always wanted to design a tea set and perfume bottles, so they would need to be represented in this magical land. Imagine an interior where the walls are sprayed with iridescent clusters, so that as light passes along, they change colour as you walk, where there are real objects everywhere, but they are all made out of jewels. Your toothbrush, your shoes, your wardrobe, and your pet goldfish. The opportunity for light refracting inside this magical world would be next level, almost like living inside a kaleidoscope.

There is a science behind shiny things and glitter which links back to your survival instincts which associate them with water. Water is life when you are roaming around a desert trying to survive. So I think this is the reason why so many people feel overwhelmingly happy when presented with super shiny things. Based on this notion, I think it would be amazing to create a small world out of all the shininess, to celebrate this correlation between sparkles and happiness at a really large and intricate scale. 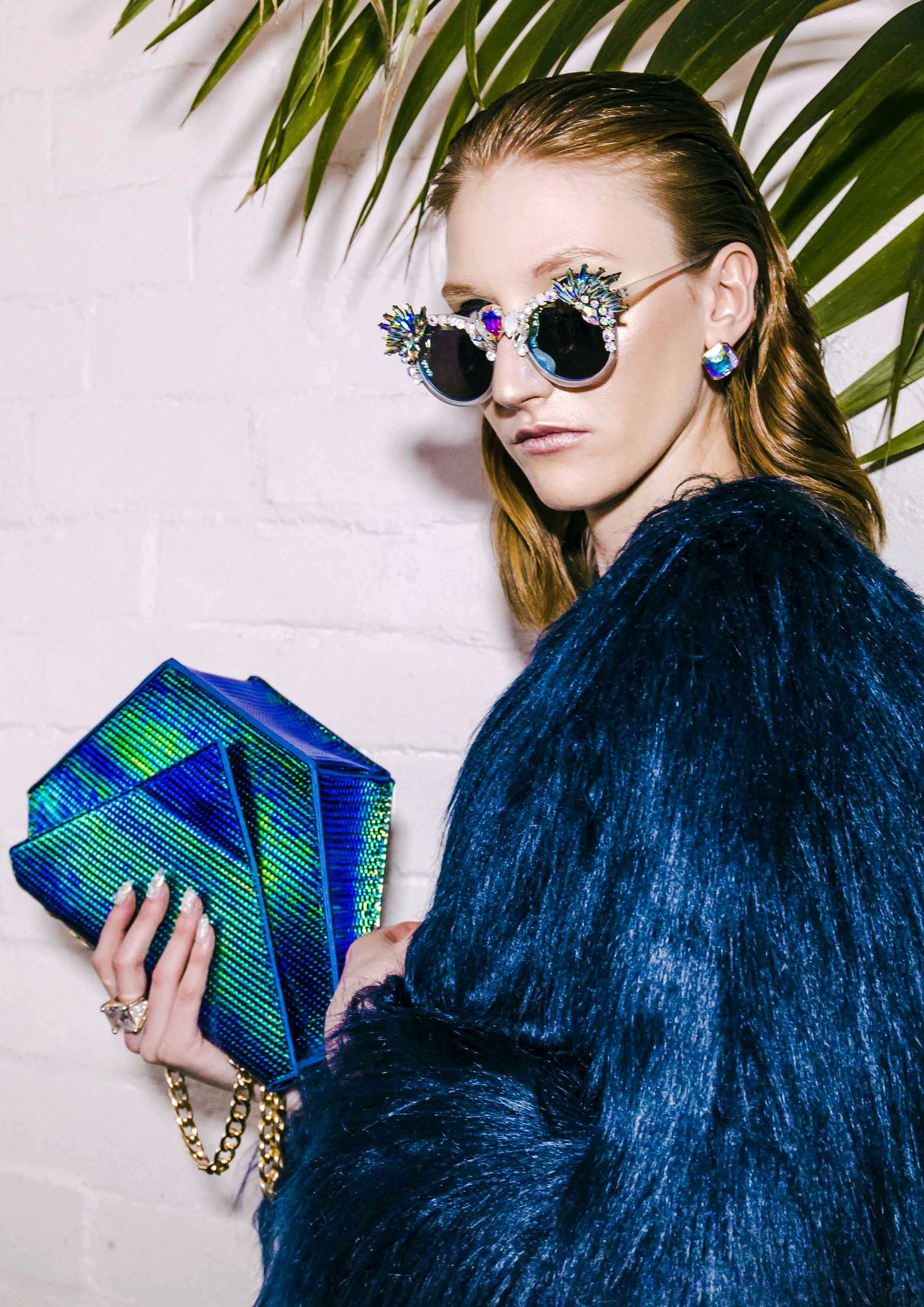 What do you feel are the most important ingredients in building a brand?

I think it’s about having your own story. Starting a brand is a journey, and you need to know who you are and what you’re about in order to sustain and enrich you along the way. I always knew that I wanted to have my own label, but it wasn’t until I had found my niche that I knew I was ready to really start something. People sometimes ask why the label is called ‘MAUDE’—which is awesome because I love being able to tell them the story! It relates so poetically to the creative journey that has taken place in order for this brand to come about. The name was the first piece of the brand puzzle that came to me while I was studying fashion and had to find some inspiration for my lingerie designs in my second year of the course.

My friends and I heard that there was a giant octopus at the aquarium, which sounded pretty inspiring, so off we went to go see it. When we got there, it was totally unromantic, with a fake eye, completely frozen inside this huge confined exhibit. It was quite a sad state of affairs for the octopus. What happened next was that I came across the jellyfish section and stood completely mesmerised, watching these delicate, translucent creatures as they fluidly propelled themselves around this water tank so gracefully. From there I was obsessed and went into a deep jellyfish rabbit hole. While I was in there researching, I came across this book about a woman called Maude who had lived on a small Island in Ireland and was the first person to breed jellyfish and record their life cycle stages. Her name always stuck with me and it seemed like the natural choice for the brand name. The other very essential ingredient would be sheer, unbridled love for what you do. For me, these two are invaluable. 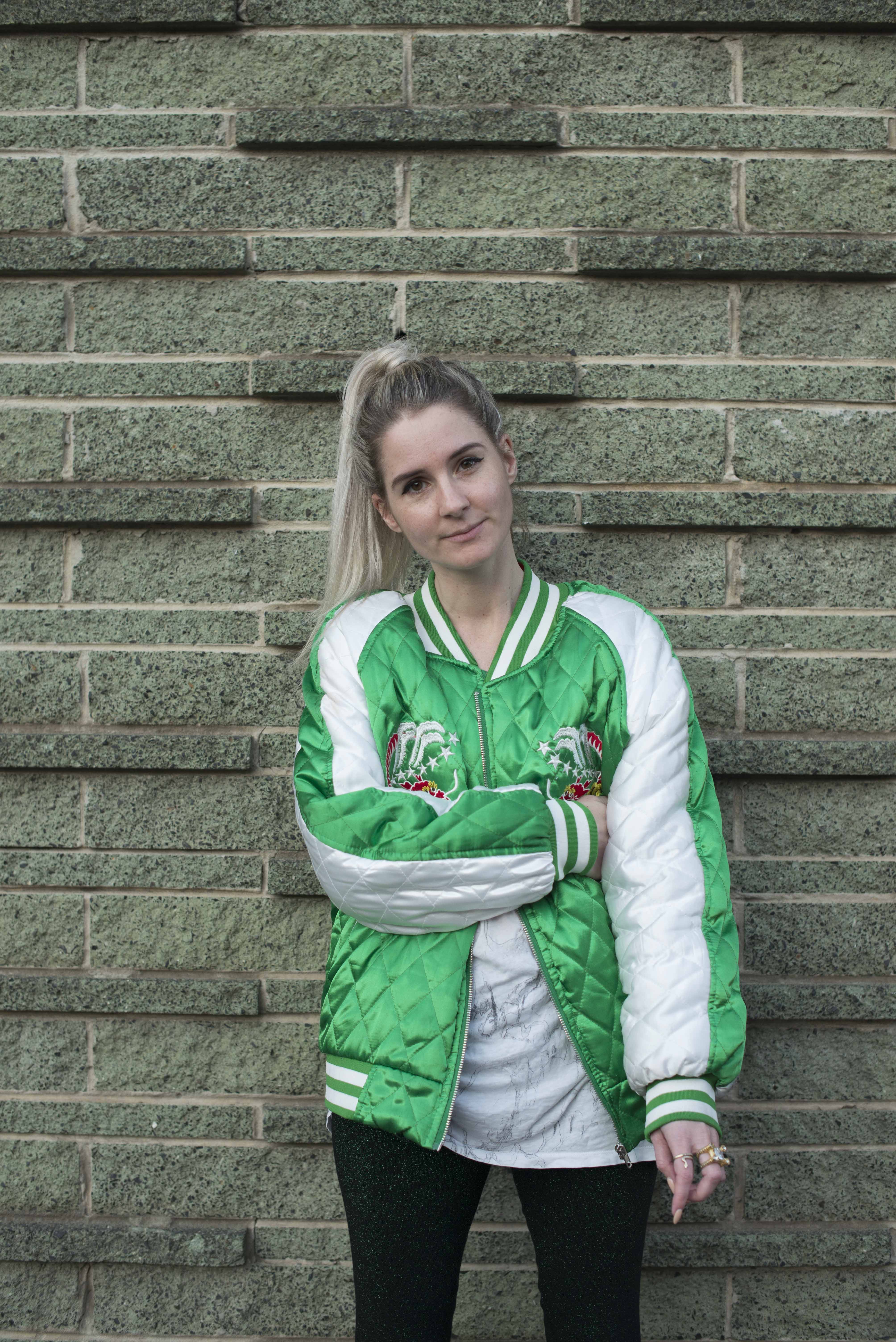