For the past three years, Professor Angela McRobbie has been investigating how fashion micro-enterprises get off the ground in three cities: London, Berlin and Milan. Here she reports on what she and her team have found and what the key issues will be for young fashion designers wanting to set up with their own label now and in the future.

This study is split into two sections; part one and part two. Part one entails Professor Angela McRobbie's research in Berlin and part two focuses on Milan.

An almost entirely different scenario exists in Milan. There we knew that post-recession many of the major companies had cut back on employees. Young people complained about endless unpaid internships, or else after a number of very temporary jobs they found themselves back at where they had started, which was that of being an unemployed graduate. Given our focus on the grass roots rather than further up the hierarchy of the big labels, it was those young graduates who began to set up on their own that we were keen to talk to. We ended up interviewing about 10 young start uppers and by far the most apparent feature was the sheer relief to be doing something. Mostly working in couples they began with tiny budgets and were still reliant on family or partners for bed and board. But there was an absolute sense of enjoyment as they realised they could create items or even a collection, sell to friends and family and then to a wider network of people often through word of mouth or on Facebook. As one young woman said ‘the dream would be to sell on Brick Lane’.

Meanwhile online sales and sites like Etsy provided the frame for doing business. Some of the designers we talked to were working from home, and improving their skills thanks to YouTube tutorials, others were abler to plug into family traditions and had set up in bag and accessory design. One young woman was doing so well that her mother had provided her with her own studio space. Another couple of young men had set up a label specialising in wedding gowns, with one partner focussing on the actual design work and the other looking after the business. For these talented young Italians, the key thing was to be working and to have the self-respect which came from being able to call oneself a designer. Even when the income was minimal the actual work of setting up boosted the confidence and reminded the designers of their skills. It was also clear that the prominent place occupied by fashion and textiles and leather goods in Italy helped the young people connect with suppliers and producers when needed. All the facilities and materials were easily within reach if their order books showed such demand. 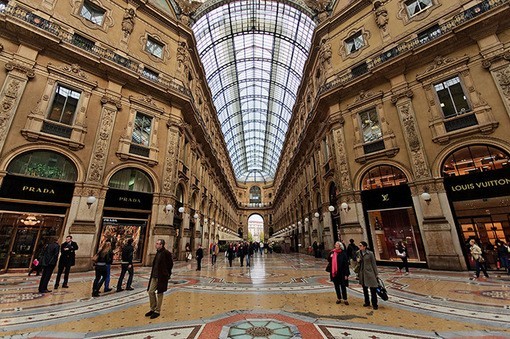 The key factor which inhibited growth of these micro-enterprises however was the almost total lack of urban and regional policies which have been so evident in other European countries. The dense infrastructure of networks, the encouragement of not-for-profits, the mentoring schemes, the competitions and awards, the support with space and other benefits was nowhere to be seen in Milan and indeed in Italy in general. Thus any social engagement or concern for environmental factors was entirely in the hands of the young designers themselves. Nor did there seem to be anything in the way of alumni networks being hosted and nurtured by the art and design schools and universities. It is these active links, to keep in touch with the career pathways of graduates, and for them in turn to keep in touch with each other, that provides the basis for so much of the lively fashion culture in London and in Berlin.

One would think then, that in London where there is both a high level of provision in the form of mentor schemes, and opportunities such as those provided by the Centre for Fashion Enterprise (run by the London College of Fashion) and alongside this the more active participation of the High Street in supporting and sponsoring ‘emerging talent’, that young designers would feel themselves to be in a strong position to start up their own companies. But this is far from true. So exorbitant are rents, for both home and workspace, so costly is it to get hold of the right equipment, so difficult to raise the amount of capital needed to launch a label that in reality this option is the least likely choice for talented young designers nowadays. Even those who make it into the programmes run by the CFE are not necessarily offered space. Indeed, the model for success in London is led by a hard-edged winner takes all ethos, with the handful of prize winners each year that emerge from the top art and design schools tending to monopolise the available support. In this context there is a generation gap which shows designers over the age of 40 more able to have established an independent business for themselves through having made some wise choices about how and where to find studio space some time before the property boom and having been able to hold onto these spaces. 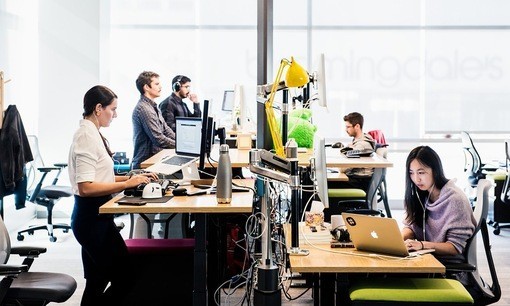 Unless they have access to private capital or family money young talented fashion and textile designers in London either have to find a job for a middle market company, not always so easy, or if they want to build their own business they have to get used to the idea of holding down 3 or even 4 jobs at one time to cover costs and break even. And this is the case for those who also count as prize winners. London based Carlo Volpi for example who has had coverage in Italian Vogue and collaborations with Italian companies comments on the several jobs he has on the go at any one time including teaching in two colleges miles apart from each other. There are a few then who have followed a course to setting up their own label at a point in their career when they have already built up a solid network of contacts which can in turn then provide freelance contracts alongside the own label work. Teija Eilola originally from Finland and a graduate of the Royal College of Art worked for several years for Ted Baker before going solo. She was singled out by Fashion Fringe, shows at LFW and wins a lot of praise across many media platforms selling in the prestigious Dover Street Market.

But where does this leave ambitious and talented young designers who have not been prize winners? Our study concludes that in the context of London and the UK, it makes the best sense to move out of the SE and build a professional life elsewhere in the country. However, fashion is an industry that works through agglomeration, that is, there needs to be a critical mass to build a dynamic network and job opportunities across different sectors. It would take a lot of government planning to encourage some of the biggest players to re locate their HQ to, say, Glasgow. Instead of focusing on obvious sites in London like the Mare Street Fashion Centre why not build such a strategy to renovate areas like the sadly shabby area of Sauchiehall Street in Glasgow just a two minutes’ walk down the hill from the GSA? Then instead of graduates feeling they have no option but to gravitate to London they may be prepared either to stay in Glasgow or to move there from elsewhere if studio space and incubators were available at reasonable rent and if there was a will to develop as active and experimental a fashion culture as there is for both music and fine art. 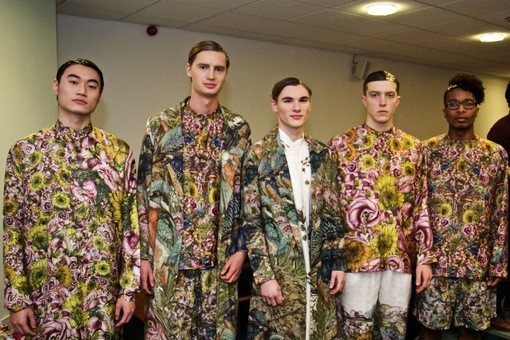 The depressing truth however is that regional policy is often male dominated and a bit macho to say the least and in this context fashion rarely gets prioritised. Take a look at the Byres Road area in Glasgow’s beautiful west end. It’s been subject to various rounds of regeneration and for sure there is a campus of thousands of students surrounding this street of  pubs, pubs and more pubs interspersed with a few coffee and cake shops. There are plenty of charity shops too, but try looking for something new to wear for a special occasion or indeed try to find a pair of black opaque tights or some new underwear and there is no option but to get on the bus into town. In short regional pro-active policies for fashion as urban regeneration and as source of job creation often lacks imagination, motivation and even common-sense.