Current Perspective on Sustainable Fashion: Can We Make It The Norm?

The negative impact of fast fashion on our planet has resulted in the fashion industry seeking out innovative and unconventional alternatives to traditional practices. In tandem, we have seen positive strides in government legislation and corporate/consumer awareness over the past two decades. Despite this, the reality is that not much has changed to ease the environmental burden. The implementation of a sustainable fashion system is an obvious way to address the problem but it’s a rather complex discussion because it involves multiple factors (environmental, economic, social) and other stakeholders. 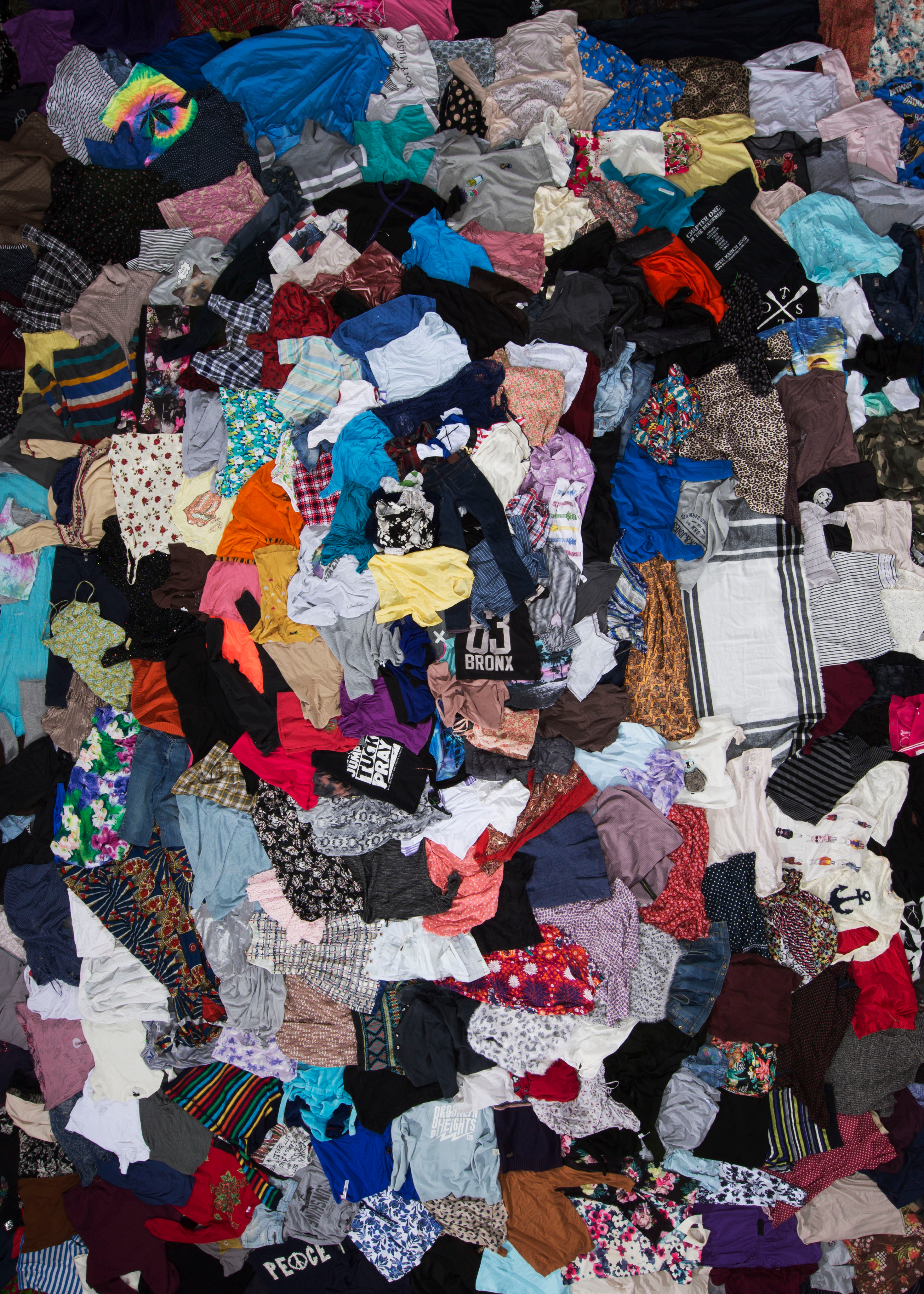 The scope of the problem

Current sustainable methodologies (i.e. business remodeling, material innovation, and recycling and reusing waste) are more or less trial-and-error processes, and we have no precise way to measure each of their impacts. Nonetheless, we should not discourage these efforts. The question is will we ever achieve sustainability in this industry? And is there truly a way out of this “global fashion mess”? To address these questions, let's first touch on the issues driving the current dilemma and then discuss future directions using more pragmatic approaches to address the problem. 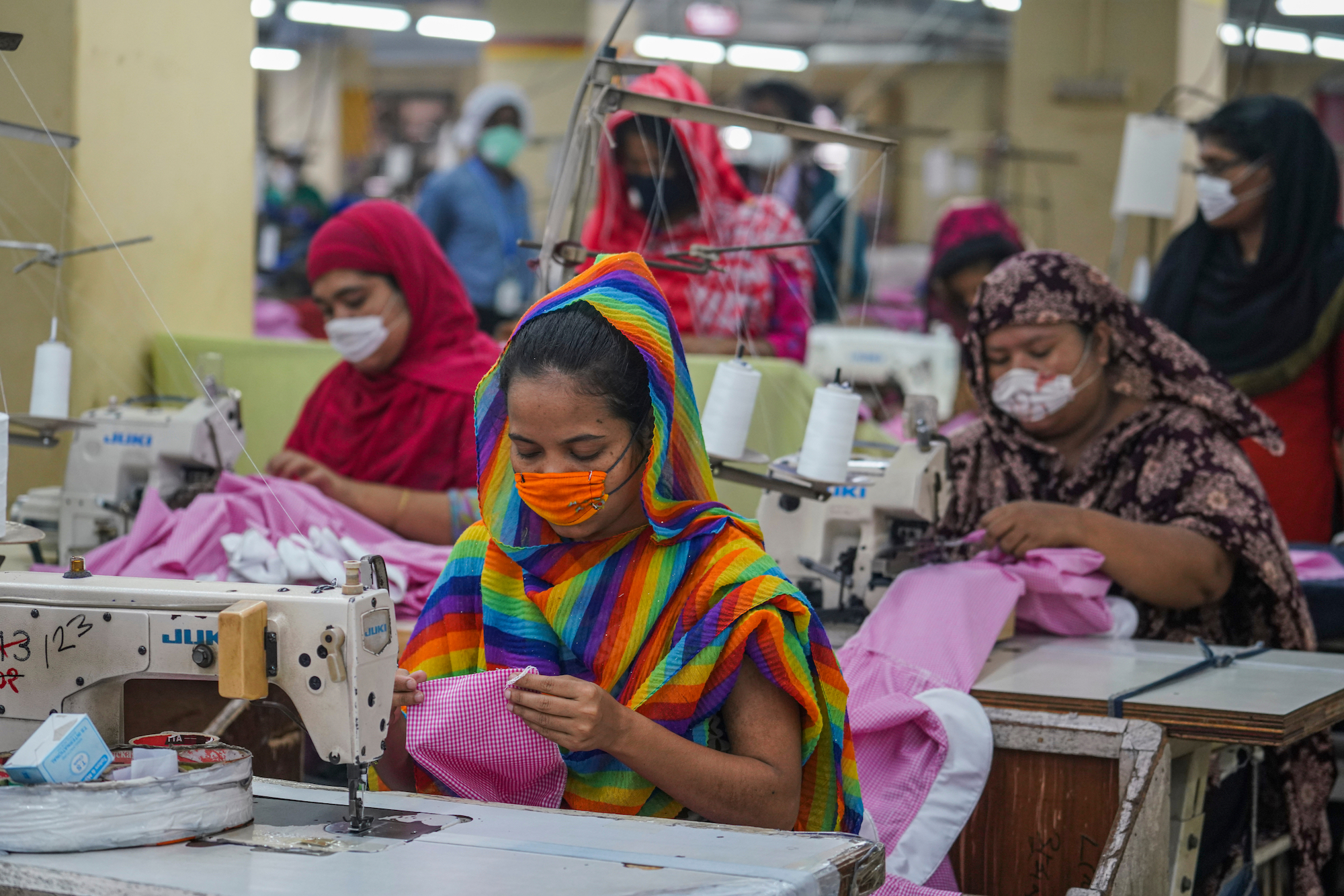 The reliance on ecommerce significantly spiked as a result of the COVID-19 pandemic. Consumer demand for large quality of goods at rapid delivery speed pressures fashion retailers to heavily rely on cheaper synthetic plastic (polyester) fiber, which is derived from nonrenewable fossil fuel at a considerable energy cost. The byproduct from fossil extraction and processing is also extremely toxic to our environment. According to various reports, the fashion industry alone still accounts for ~2 - 3.9 billion tonnes (~2 - 6.7%) of global CO2e emission.

A number of approaches have been taken to combat this. For example, modern technology has increased the efficiency of synthesizing recycled polyester from plastic waste without tapping into virgin materials but concerns still exist since the use of recycled plastic does nothing to transform the core of supply chains, nor does it segregate our dependence on fossil fuel.

Additionally, the development of “next-gen” or bio-based polyester may alleviate some fossil fuel-dependency concerns and contribute to the circular fashion movement. However, the things that discourage businesses to use bio-based alternatives include the “high initial costs, large capital to fund new production sites, and the lack of pricing for externalities” according to Kenneth P. Pucker at the Harvard Business Review. This resonates with recent survey results compiled by Textile Exchange that show public commitments to bio-based polyester are still scarce. Efforts focusing on enhancing the technological and financial efficiency of bio-based polyester production should go a long way to making it a viable option for the fashion businesses

We haven’t taken a step back in production

Overproduction is undoubtedly a major problem in the fashion industry. For fashion retailers, it is often cheaper and easier logistically to produce in excess. However, companies are not the only culprit, because supply is a response to demand. According to research in 2015 by consulting firm McKinsey, the average shopper purchased at least 60% more clothing than they did 15 years ago, driven by a constant feed of “newness.” 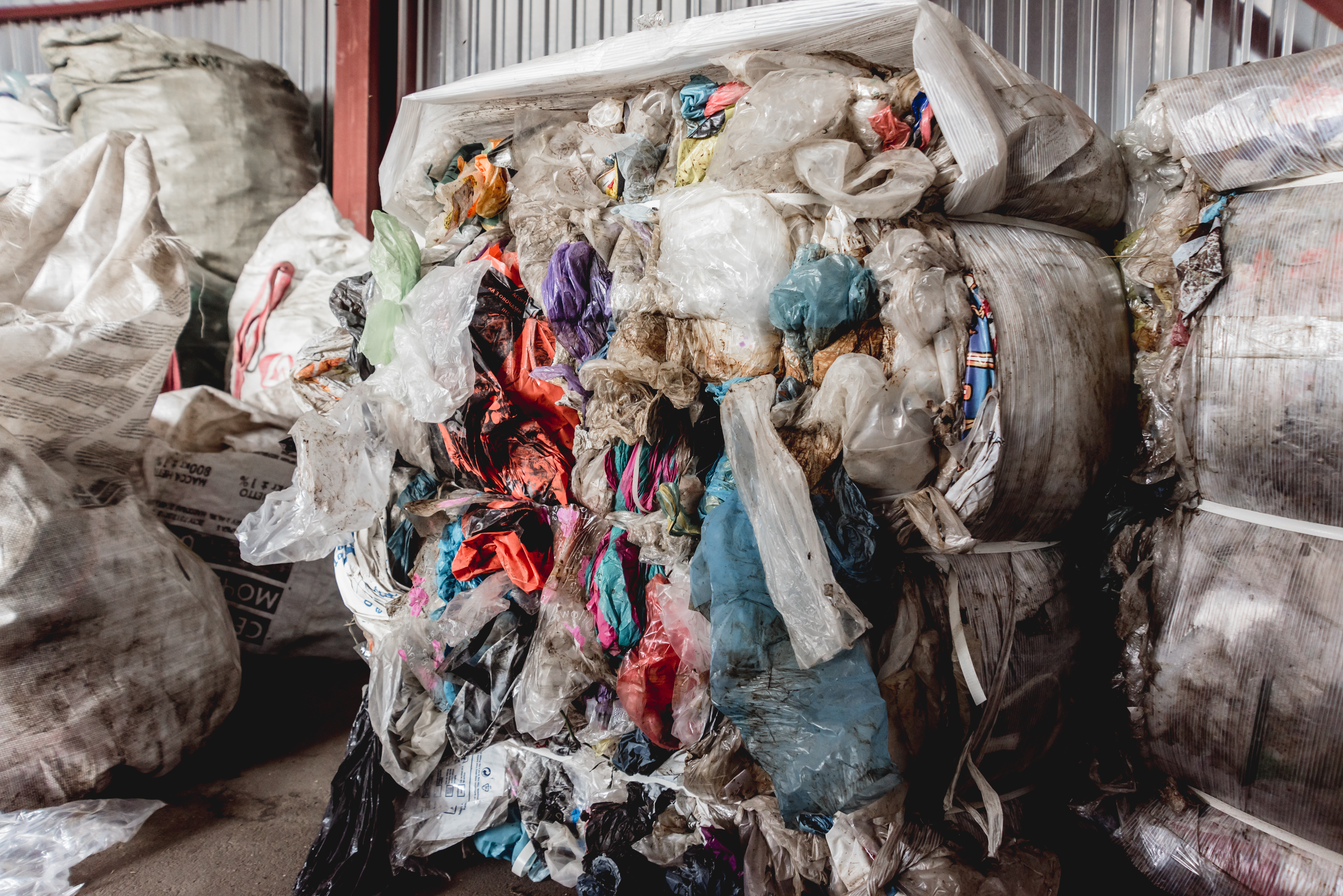 Accelerated production due to advancement in technology enabled fast fashion giants such as Zara to offer “24 new clothing collections each year” and H&M, “12 to 16” with weekly store refreshes. Aggressive mass production also requires cutting costs and the streamlining of supply chains. Ultimately, factory workers have paid the price for increased demand with low wages, poor working conditions, forced overtime, and child exploitation being frequent headlines in the media. Despite the call for a more sustainable approach, the “urge to sell more, produce more, and get consumers to buy more is still in the DNA of the industry” according to Michael Stanley-Jones, co-secretary for the UN Alliance for Sustainable Fashion.

The clothing resale model is one way to prolong the lifespan of garments that resonates with the circular fashion system. Regional/local markets benefit from this model but  currently, the environmental impact is small. Carbon emission obviated by resale amounts to less than one hundredth (1/100th) of 1%. On a global scale, second-hand clothing exports to developing countries remain the primary option by which the West reduces excess goods from their respective territories. Unfortunately, the majority of these second-hand clothes are rejected by resale retailers due to the overall poor quality of fast fashion that has environmental consequences in the importing countries. For example, tens of thousands of tonnes of clothes end up in landfill annually, causing major environmental and human health risks. These second-hand goods can also have a negative impact on the local, homegrown, garment industries of these developing countries. 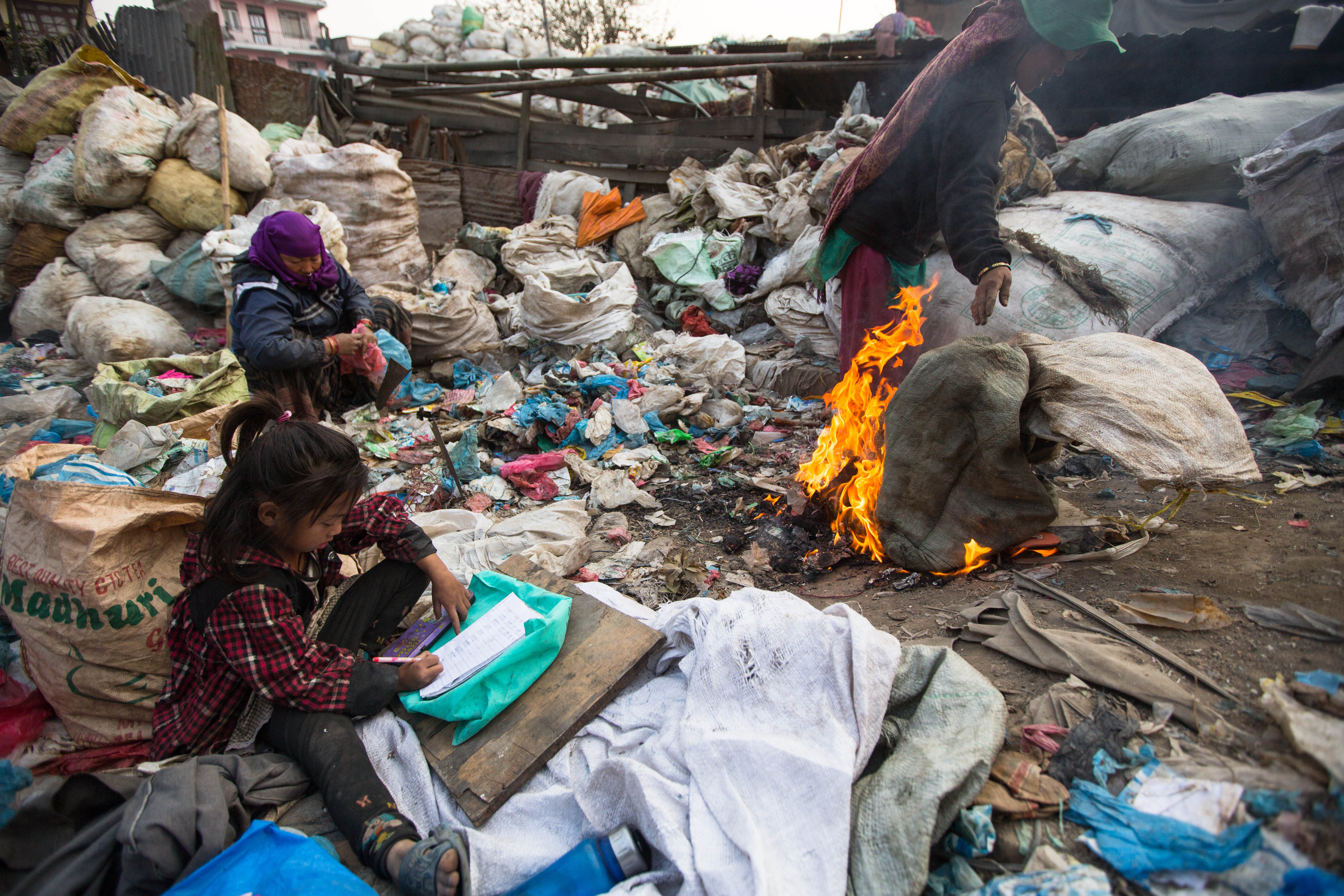 Sustainable fashion is a complex system with multiple facets. Maintaining environmental and social integrity at each stage of the global supply chain is undoubtedly challenging but breaking down these stages into manageable pieces can potentially make sustainable fashion feasible. Below are just a few ideas that come to mind.

Legislative bodies have made some commitments toward a more sustainable fashion industry such as the Circular Economy Action Plan by the EU Commission, garment workers minimum wage law by the State of California in the US, and a tax on virgin plastic proposed by the UK government. A first of its kind in the US is a bill called the Fashion Sustainability and Accountability Act that was recently introduced by the State of New York. If this law passes, it will force corporations earning $100 million or more revenues to disclose their climate and social impact. Fashion companies that fail to comply with the law could be fined 2% of the approximately $450 million or more in revenue generated.

These are all strong steps from a legislative point of view with repercussions in those countries/states but lest we forget, sustainable fashion is a cooperative effort. We are still short of a systematized global framework that governs environmental and social standards. Without it, verification of brands’ sustainability claims could be a challenge. This is evident when brand transparency and worker inequity have not been improved. The reliance on voluntary measures and auditing regimes is no longer effective. A global standard practice should be adopted where carbon and water taxes should include the social costs, including an upfront fee for waste disposal. Until we have these in place, sustainable fashion from a regulatory point of view is still a very fragmented effort. During the time this article was written, the United Nations has proposed the world’s first treaty on plastic waste to representatives of over 100 nations. Let's hope this is the first step to develop a legally binding treaty that holds all nations accountable for their actions.

Businesses need to commit to the environment and people equally

Moving away from fossil-based fibers and scaling down production is key to reducing the negative impact of fashion on the environment. Further, while many sustainable initiatives target environmental problems, we often forget to include people in the equation.

“A lot of the sustainability conversations are about the interest of the global North” says Sara Ali, Culture and Communication Expert. We need to include Africa/global South when we think about sustainable narrative. As mentioned, landfill sites in Africa and other parts of the global South filled with unregulated amounts of textile waste from the West is a persistent problem. Brands need start asking themselves the question “what does sustainable mean for them?” says Ali. A consistent or standardized definition could go a long way to reducing ambiguity and preventing loose interpretation. In this regard, fair trade and production standards certification such as those offered by Fair Trade America and the National Council of Textiles Organization should become the norm. 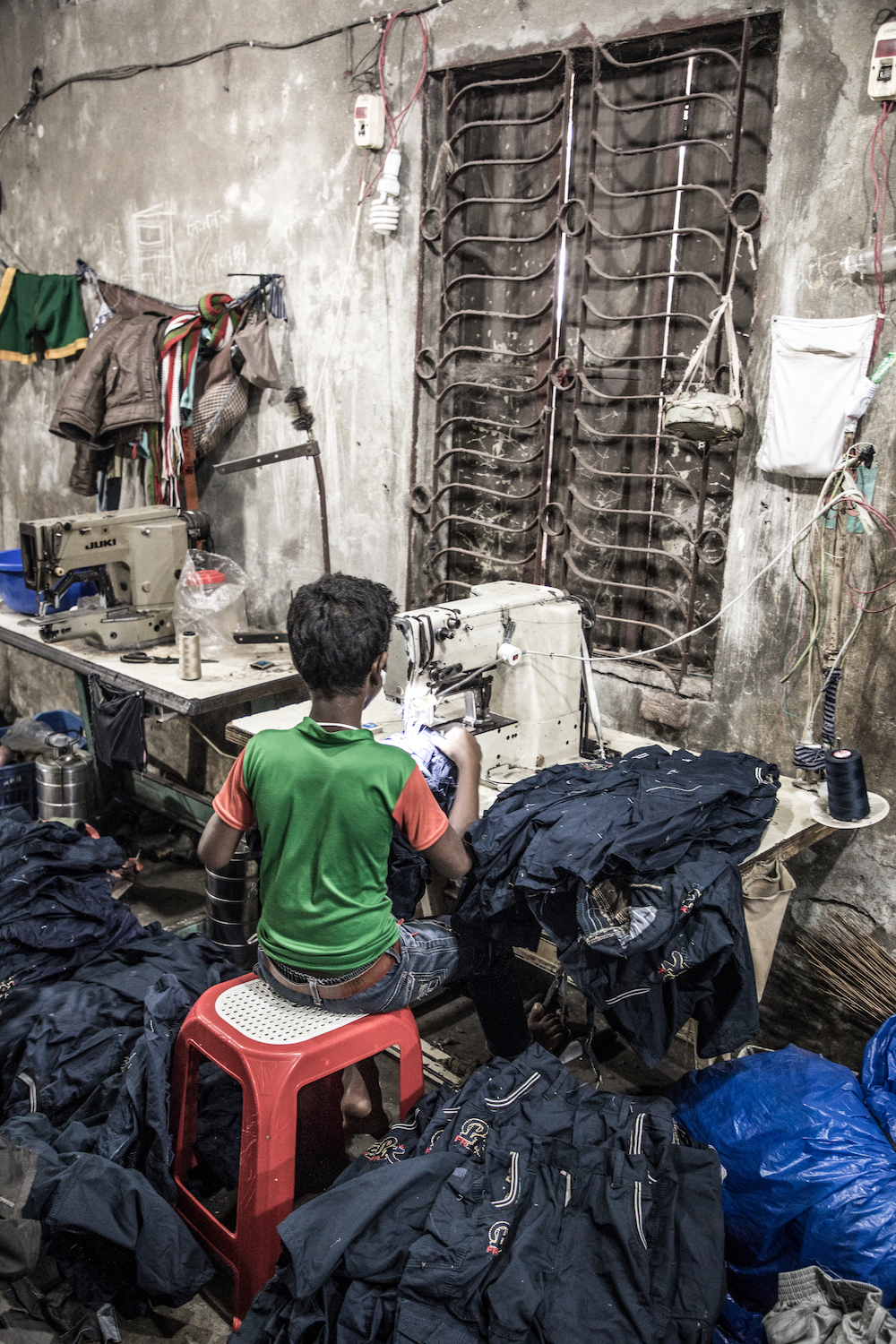 In addition to reducing the impact of fast fashion to the environment, we also need to think about the workers and consumers involved.  Sometimes it’s about prioritizing where your capital should be. “Reduce your margin, we don’t need to do 25 campaigns a year for marketing” says Matteo Ward, Co-founder of WRÅD. This idea of “redistributing wealth will only affect consumers minimally”. If we cut down on producing 150 billion garments per year, and redistribute this wealth to sustain a better living wage for garment workers, we’ll also alleviate overproduction. Further, if companies pay their garment workers a living wage, it only adds $1.46 to labor cost per t-shirt. The “Who Made My Clothes'' Movement is also a good reminder of the human cost behind each piece of garment. Perhaps the larger question is whether we even care about workers’ dignity, because until we do, most brands don’t. Those who truly believe in humans before profit will not support a business that exploits their workers.

Brands have obvious duties to make changes improving sustainability practice and in ensuring such practice aligns with the highest ethical standards. But often consumers forget about their influential power to shift the market. While awaiting legislators to adopt sustainable practices, it’s time also for consumers to take charge of their own behavior. “In the new era of consumer power, if you’re not at your customers’ disposal, you’re disposable” says Etienne Merineau, a Forbes Councils Member. In other words, what we demand is what brands will supply.

For example, we as consumers can make the conscious choice to buy natural/organic or renewable products. Fashion circularity should always be in the back of our minds before making a purchase. But also, we should beware of falling prey to greenwashing, a marketing technique PR often uses to sell brands more green-conscious than they are. This means that the onus is on us as consumers to do our diligence and research products to look for brand transparency. That includes understanding what, where, and how their clothes were made.
It is also time to stop over consuming. The age of social media has driven our habits to constantly search for newness; trends can go in and out of style in a matter of days. This led many people to buy and discard clothing faster than we can imagine. If we truly care about sustainability, to quote Vivienne Westwood: “Buy less, Choose well, Make it last.”

What is the pragmatic future?

The biggest question still remains. Can sustainable fashion be made? “Probably not,” says Ward. “The problem we have is every single business (industrial scale) model that’s been made is engineered around a pillar which voids and nullifies whatever environmental advantage we may have achieved.” Even eco-conscious brands like Patagonia have separated themselves from using the word “sustainable”, because sustainability shouldn’t be a goal, but a way of life. 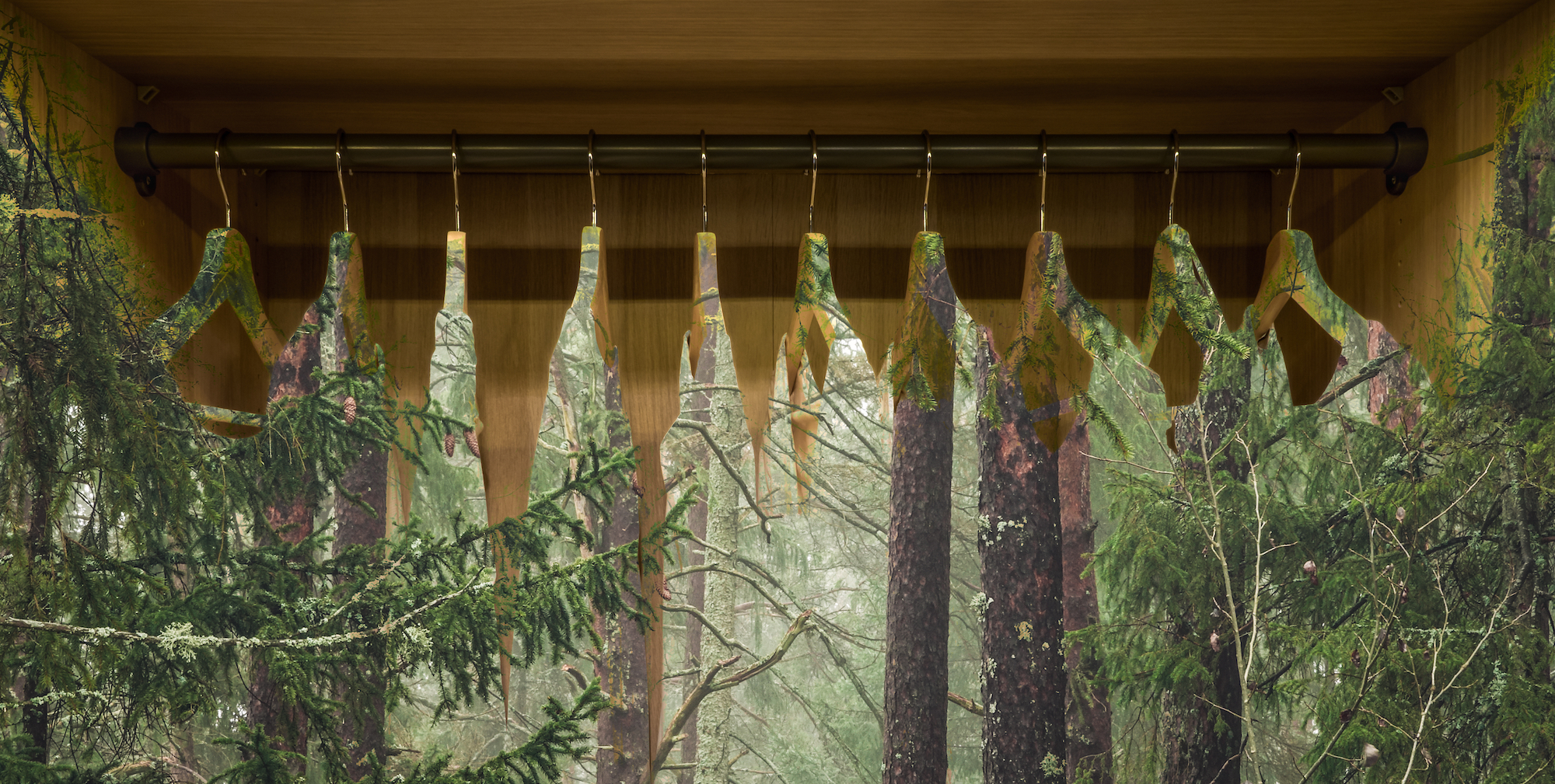 Sustainable fashion may never become the “norm” the way we want it to be. “We do have the ability to reduce the relative environmental impact of every single product while maximizing the social impact” says Ward. New approaches to production and consumer behavior are something we still have control over. Clearly this can’t all fall on consumers' shoulders. It’s going to require collective commitments from policy makers and corporations, and innovations from scientists and researchers to at least get sustainable fashion as close to the “norm” as possible.